I have a bit of a thing for unusual museums.

Whenever we’re away anywhere, I always look for the oddest sounding places to visit, or if I can’t find any, I’ll just drive around until I see a sign and follow it. A week or so ago I drove past a sign saying ‘stationery factory’ and got very excited, because I thought I might get to see how pencils were made, but it turned out it was just a regular factory and members of the passing general public weren’t allowed to just wander in. I had to turn around in the driveway by the barriers and try to look casual, like I had just gone the wrong way.

Over the years, visiting unusual museums has become one of those family traditions that you don’t start intentionally, but that you’re glad has happened, because it makes you feel like more of a team. Like an in joke, except the joke is on my children every time I take them to a weird museum about bees that’s actually just a creepy old man with an old beehive in his attic.

I’ve been meaning for ages to get around to writing a post about my unusual museums fetish, and so when Smart Insurance got in touch to say they were launching a campaign about the importance of families spending time together, having good old fashioned family fun, well, it seemed like the perfect opportunity. The Smart Insurance campaign has been inspired by the National Trust‘s mission to get children more connected with nature, and it doesn’t get much more ‘nature’ than bees does it?

Smart Insurance though have broadened the scope a little, to include all sorts of family fun, as well as the outdoorsy type, so here goes, here are my top seven unusual museums to visit in the UK. (Note – I have been to them all, I wouldn’t recommend anything I haven’t tried for myself.)

The Bakelite Museum is about half an hour away from me in Williton, Somerset, so it has to get pride of place. We went again recently, as Belle didn’t remember having been before, (she must have blacked it out), and the owner took great delight in telling us that he was once voted second dullest museum in the UK, behind the Pencil Museum. (See below.)

You know that hoarder programme, where a man in a slightly shabby looking suit has piles of weird stuff crammed into his house? That’s the Bakelite Museum, but mainly things are made of Bakelite. Spend a happy hour with your children here, pointing out the things you remember from your grandparents’ house and going on about the days before the internet and how we had to ‘make our own fun’. 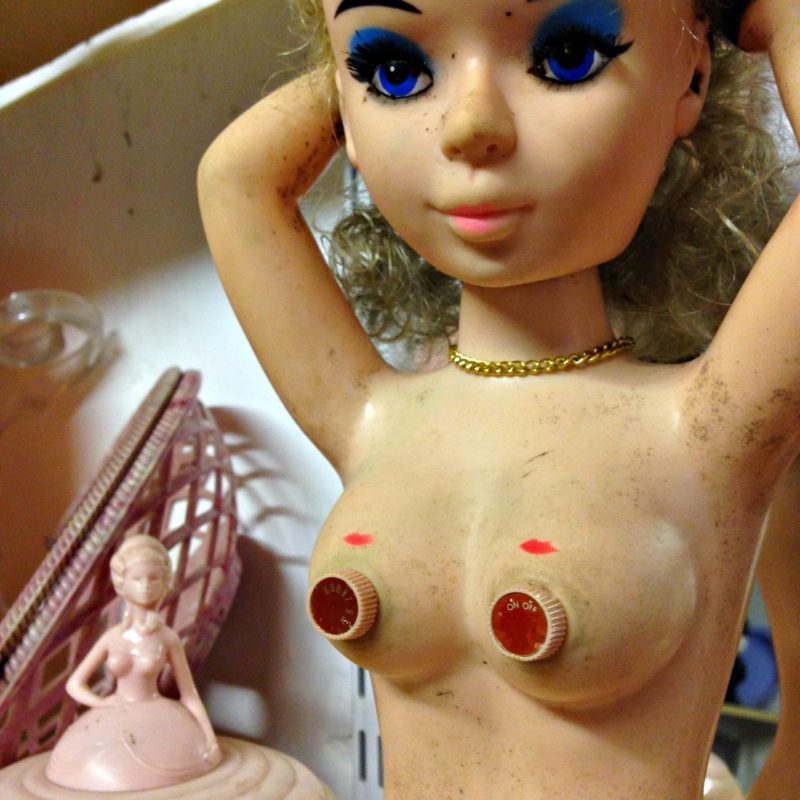 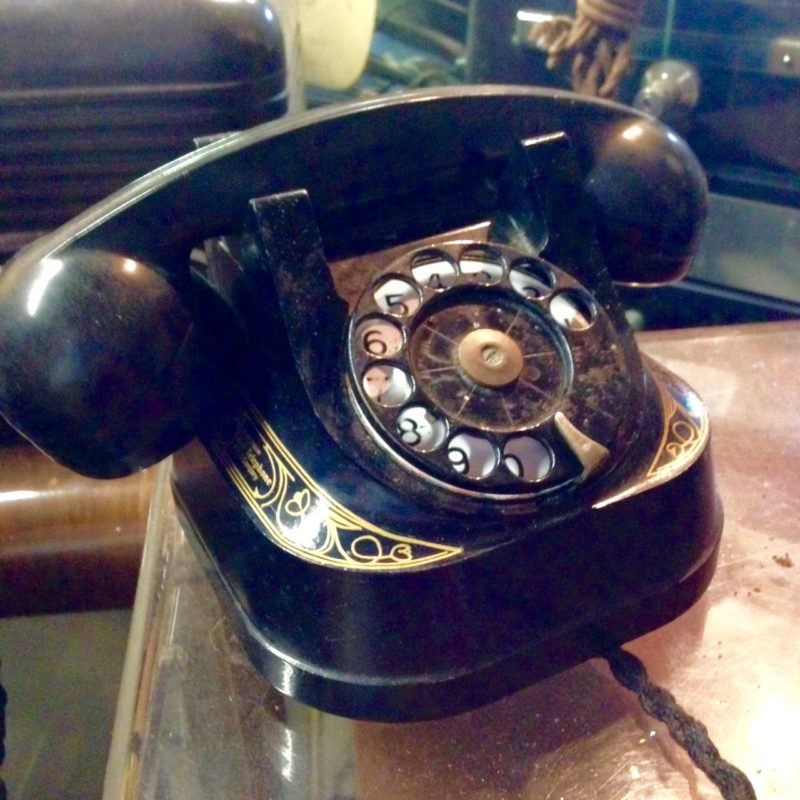 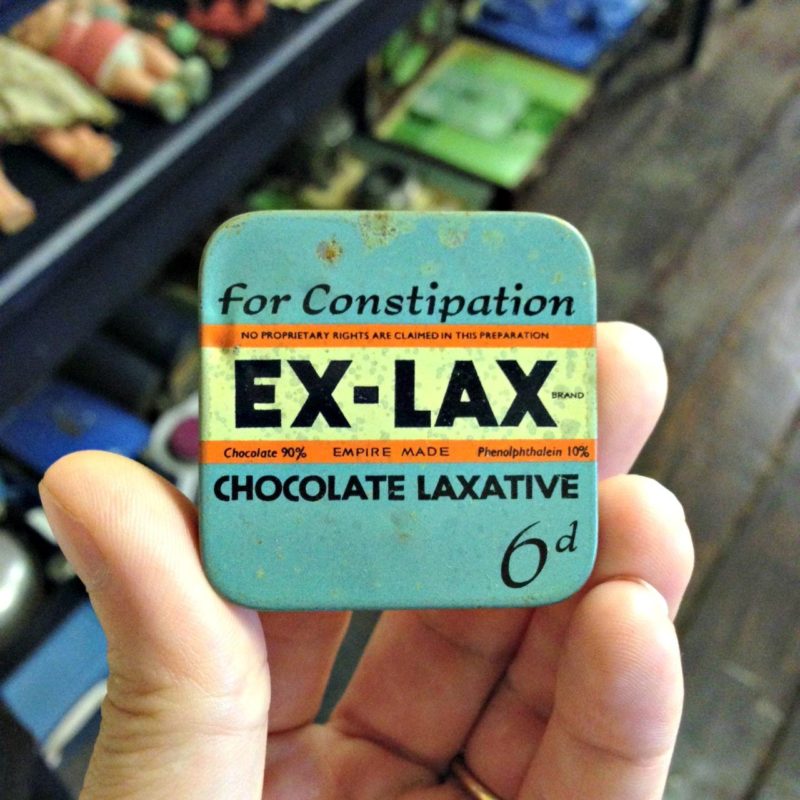 How can you not love a museum that contains the world’s largest pencil?! Seriously, that thing is massive. You wouldn’t want to take notes at a meeting with it. Children will be enthralled by the myriad pencil displays, although their focus may be predominantly on the gift shop, which is pretty ace.

For extra atmosphere, I’d recommend watching Sightseers first. Then when you’re actually at the pencil museum, you can imagine you’re on a caravan holiday with a serial killer. (Perhaps not that bit with the children.)

Please note: The Pencil Museum is currently being refurbished so do check the website for opening times before you dash off.

This was one of those occasions when Belle and I were driving home from a mini break, and I happened to see a sign that said ‘Gnome Reserve’. Well, you couldn’t not really could you? We turned off the main road, and immediately there were no more signs. We didn’t know where we were going, but just sort of followed our gnome instincts until we found ourselves suddenly there, at 4.15pm on a Sunday. It was open! Hoorah!

We were greeted by an elderly lady, who insisted we wore gnome hats to explore her gardens, which contained a collection of what must have been hundreds if not thousands of gnomes, all set up in little stories. The older gnomes, entirely covered with moss, where a little scary, but generally it was a lot of fun. As well as the gnomes, there is a beautiful wildflower garden, with lots of fairies hidden in it that children have to try and find. 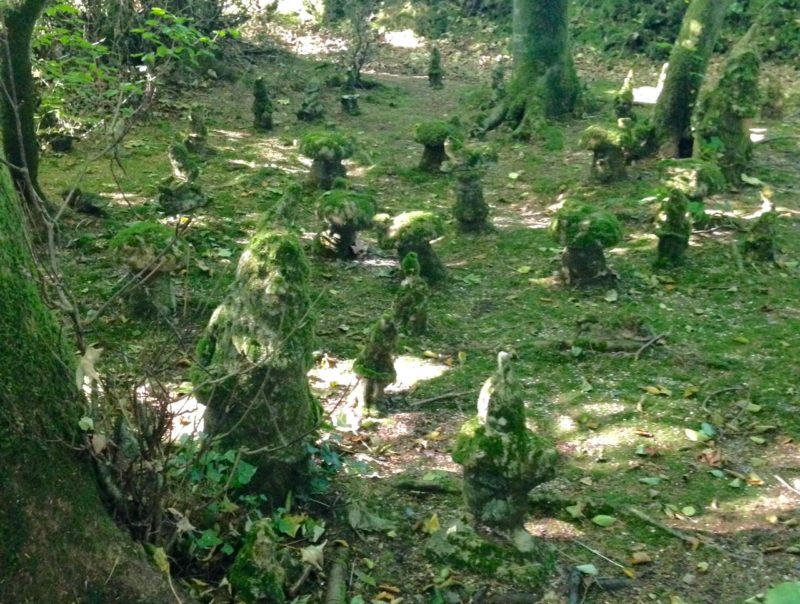 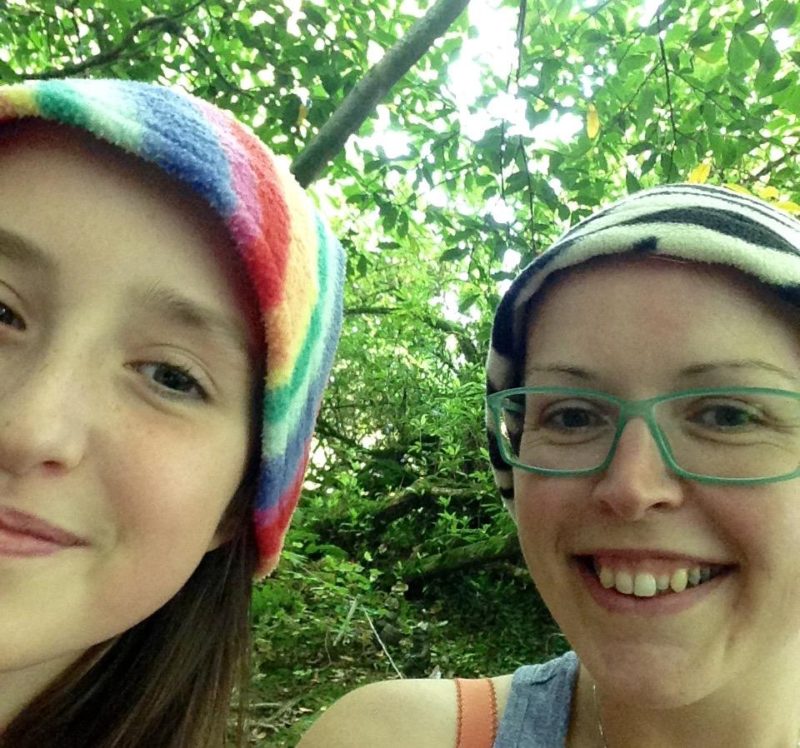 I went on a date here once, which was kind of odd, but showed that my boyfriend at the time must have known me quite well. Except I think that what actually happened is that we were walking past it and I made him go in so that I could write with a quill.

Its website says ‘The Porteath Bee Centre is a fun and informative day out for all the family!’ I would argue with this. A slightly unsettling half hour for all the family maybe, but a day out is definitely pushing it. That said, we have been twice, although the second time was really just to show fiance how creepy it is. It is worth it just for that though, if you’re passing.

When we went there the first time, I took a picture of Bee and Belle dressed up as beekeepers holding a picture of one of those wooden trays you pull out of a beehive and sent it to my mum. She thought it was real, and that I had sent the girls out to tend some bees. Fun for all the family you see, even if you’re not there in person.

The House of Marbles is actually a bit of a museum bonanza, as you get a pottery museum, a glass and marble museum, a vintage games museum and the chance to watch glass making. The marbles are the best bit of course, and as well as there being loads of vintage marble runs in the museum, the shop contains ‘Snooki’ – ‘the largest marble run in the United Kingdom and possibly the world.’

I’ve saved this one until last as a sort of punishment should you find yourself with your children in Greenwich, when they are being particularly annoying. Confiscate their phones, and take them to the Fan Museum, to make them appreciate just how lucky they have it normally. Don’t get me wrong, I loved the fan museum, but I can imagine that after the first fan or six, your kids may get a little fidgety.

My favourites were the fans made with mother of pearl. If I was a French aristocrat I’d definitely smile coquettishly from behind one of those.

Do you have any favourite unusual museums in the UK that you can recommend for my next outing?

Written in association with Smart Insurance.