So first up, what exactly is sous vide cooking?

Literally sous vide means ‘under vacuum’, but you’ll be pleased to hear that it definitely doesn’t mean you have to seal yourself into an airtight room and attempt to cook a roast dinner in a vacuum, like some sort of horrendous Crystal Maze challenge – only the food needs to be vacuum packed.

The idea behind it is to seal in all the freshness and goodness, so that the food you cook keeps as much flavour as possible. A chef somewhere apparently made a remark about asparagus and how you’d be better off chucking the asparagus in the bin after you’d cooked it, and drinking the water. It’s that.

Sous vide cooking means packing up all of your ingredients into a bag, taking out the air, and then cooking it in a water bath. The water bath is where Clifton at Home comes in.

Clifton at Home are based not far from me in Weston-Super-Mare, and so last week I went along to visit them and find out how it all works. They make their water baths right there in Weston, and have a kitchen on site where they test out recipes and invite chefs to try out the water baths for themselves. They also have a kitchen garden out the back, complete with an orchard and beehives, which you absolutely would not expect in the middle of an industrial estate.

Clifton didn’t start out as a food related business. Their core work was in science and medicine, but then chefs started using their water baths for cooking, and they branched out. They’ve been making professional water baths for chefs for a few years now – you may have spotted their famous orange handles on various cookery shows – but they’ve recently launched their home range, and are keen for people to experiment with sous vide cooking at home.

First up then, we had a bit of a talk and a demonstration from a professional chef – Dez Turland, from Saunton Sands Hotel – who has been using the water baths in his restaurants for years. He said that he really didn’t know now what they ever did without them. The great thing about the water baths from a busy chef/mum point of view is that you can do a lot of the preparation in advance – you just shove everything in a bag, cook it up and then either keep it in the fridge or freeze it, ready to just be ‘refreshed’ when you need it. 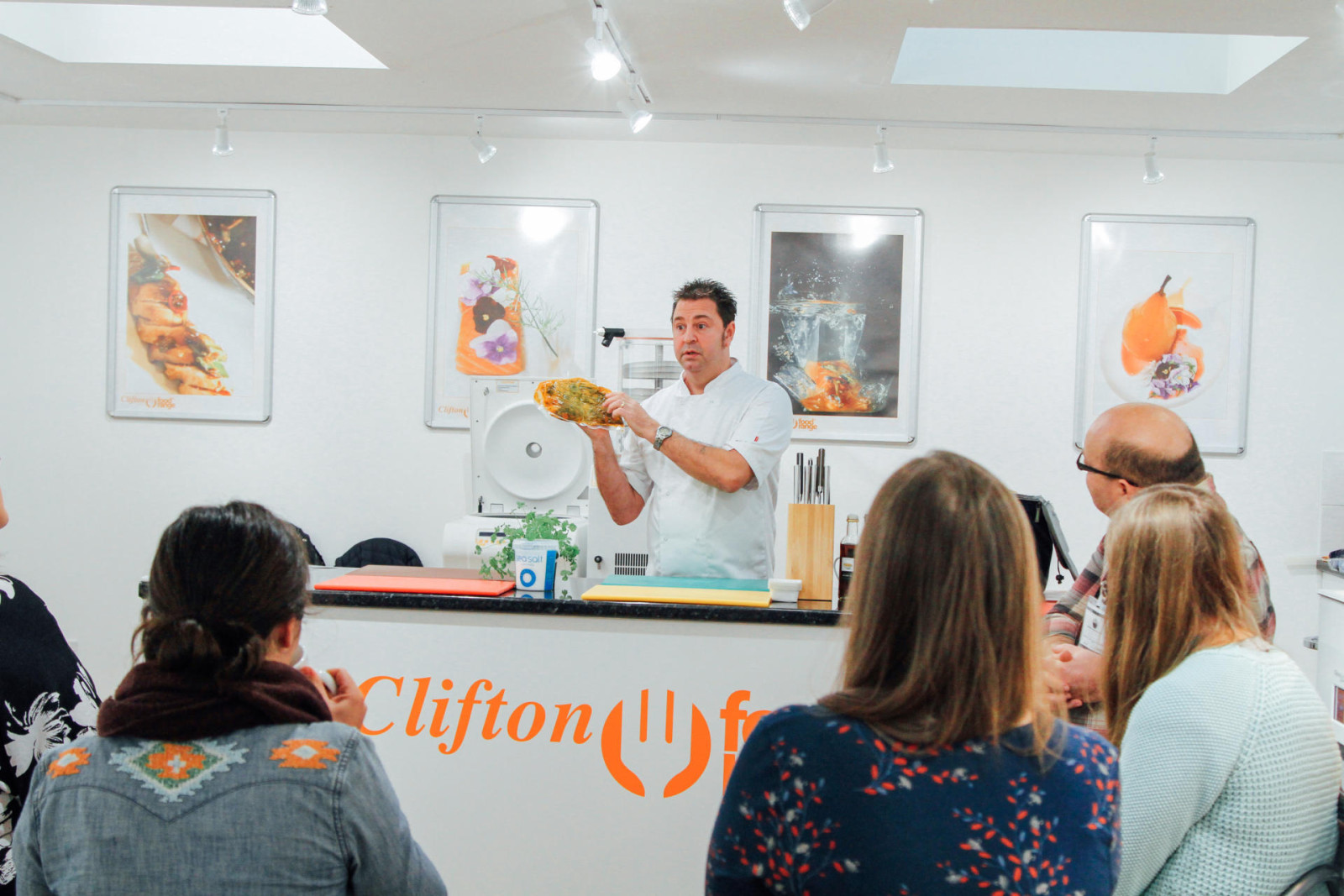 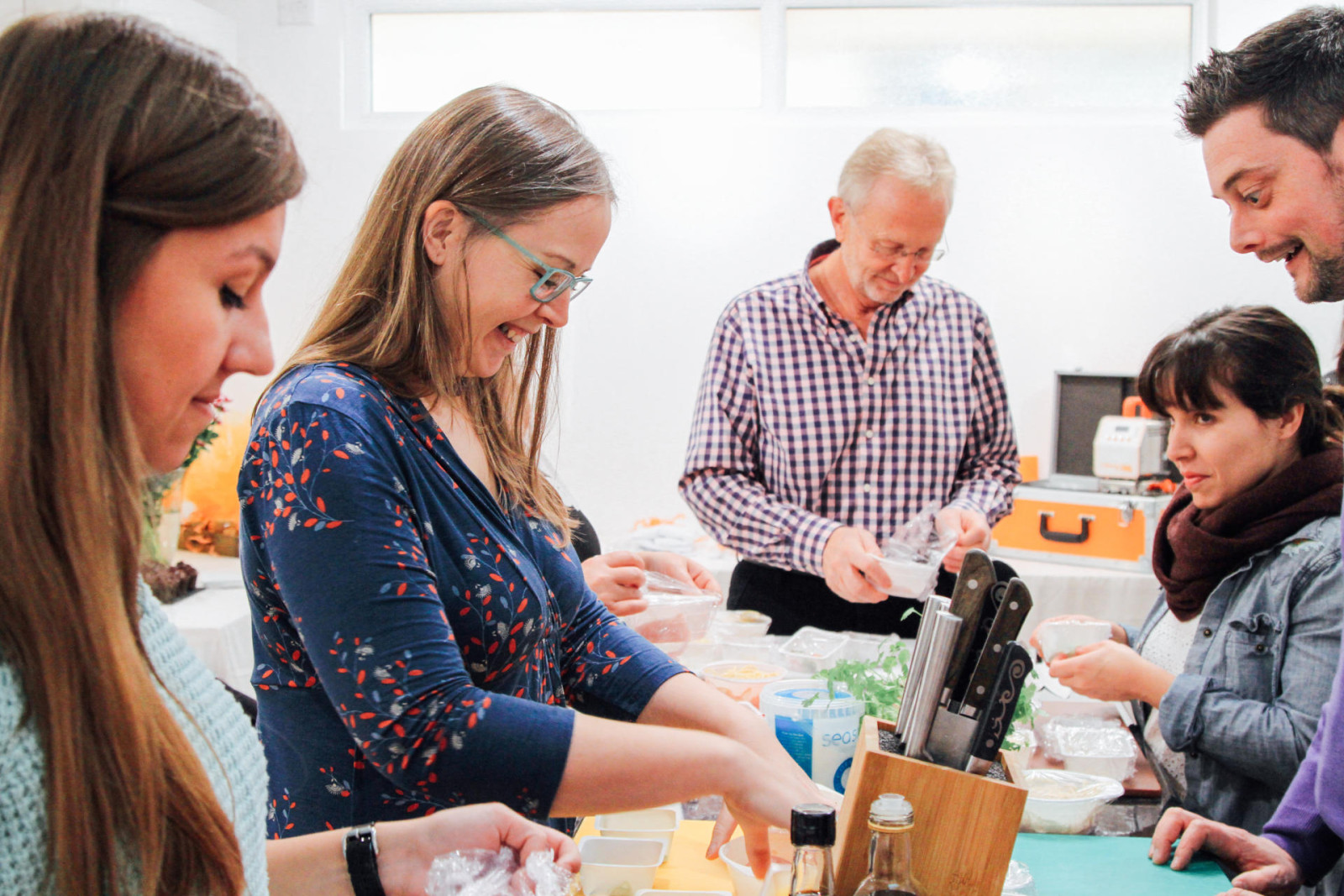 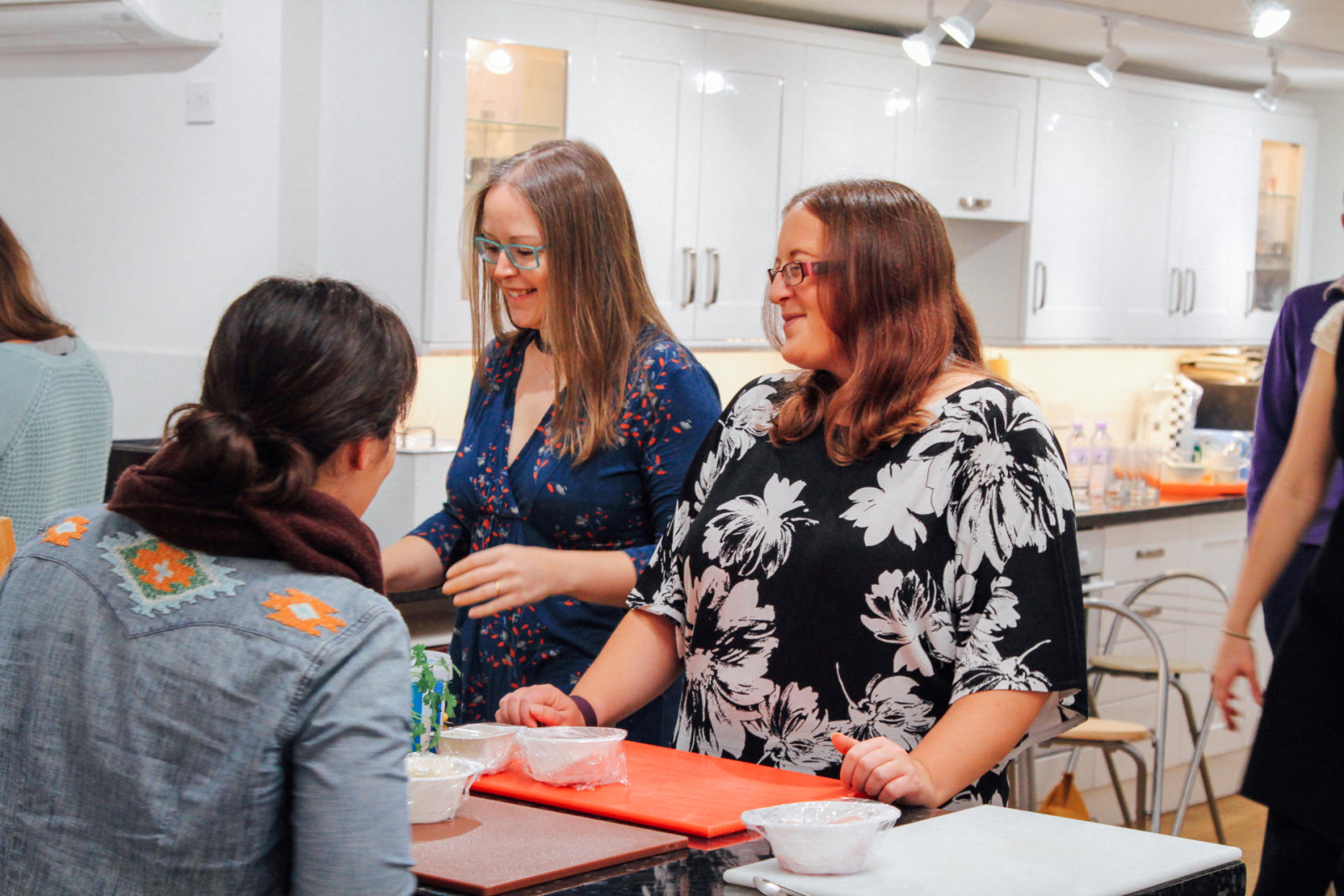 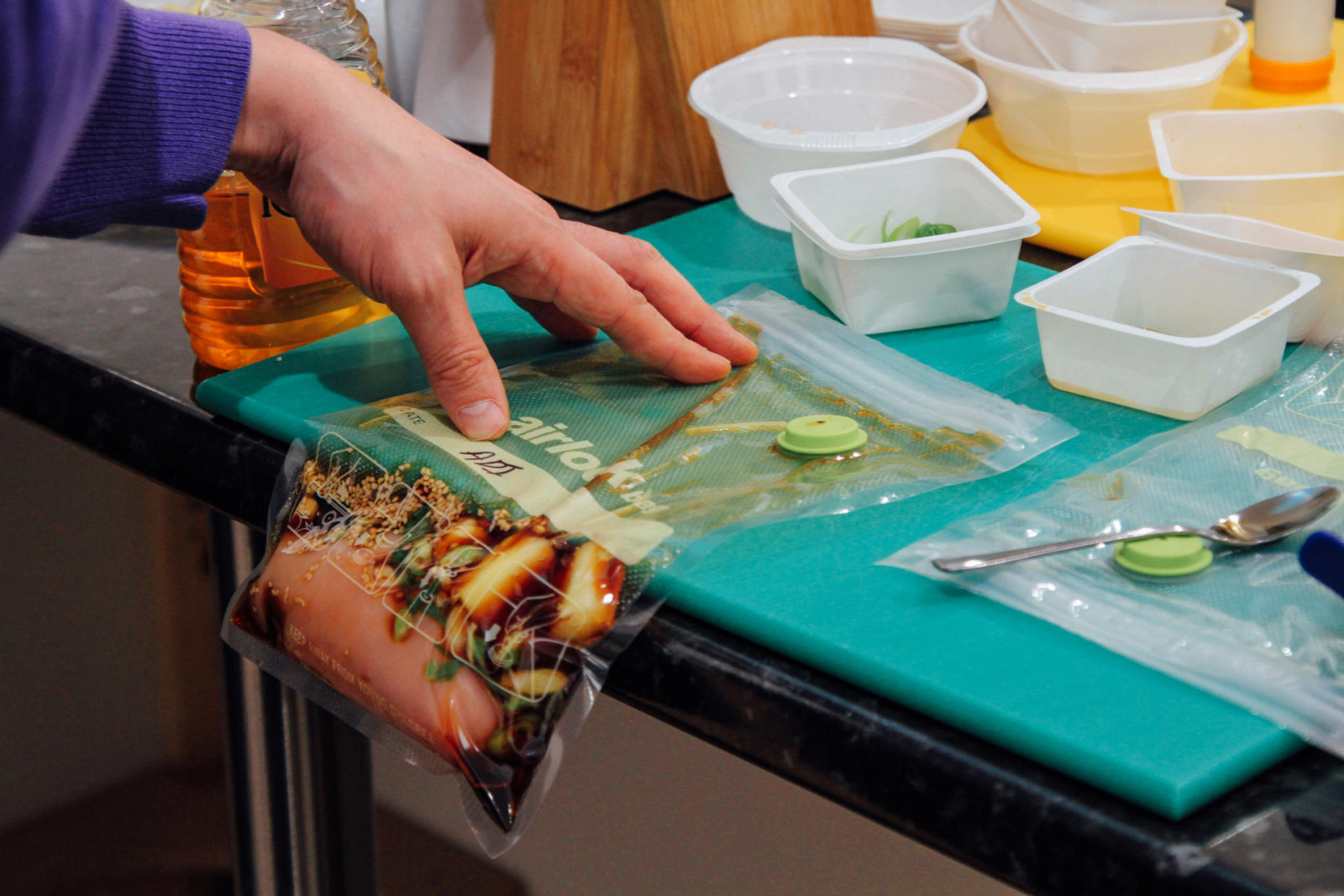 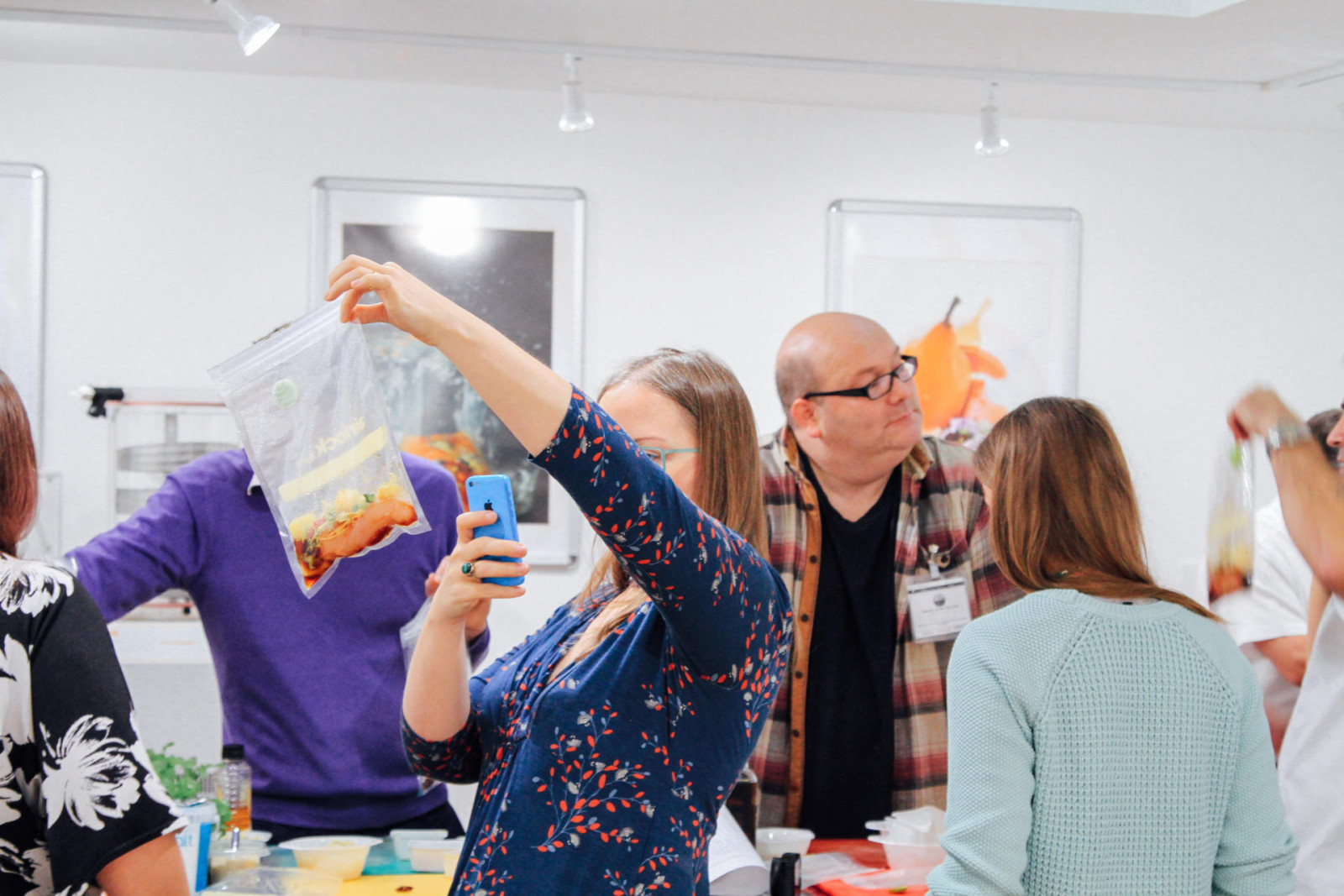 After we’d done all the prep for our lunch, we then went on a tour of the factory. Everything is made in Weston, and Clifton is a third generation family business, so you know when you buy one of their water baths that you’re supporting independent British businesses and manufacturing in the UK.

I personally love going behind the scenes in factories, and seeing how things are made. I also love that old machines have signs on them like this, but that’s just because I’m childish:

The factory is pretty small, but incredibly efficient. They make all of their own products on site, plus water baths for other companies. They pride themselves on being very responsive, because of their size, and even do things like manufacture some of their own parts by 3D printing. I’ve never seen a 3D printer in real life before, so that was really fascinating.

After the factory tour and a mooch around the gardens, it was back to the kitchens for lunch. Our dinner just had to pretty much just be popped out of the bag and onto a plate and I promise that it was absolutely delicious. If you’re not heard of sous vide cooking before it’s definitely worth checking out.

Clifton at Home have 10% off all water baths and accessories until December 21st – visit their website to find out more. 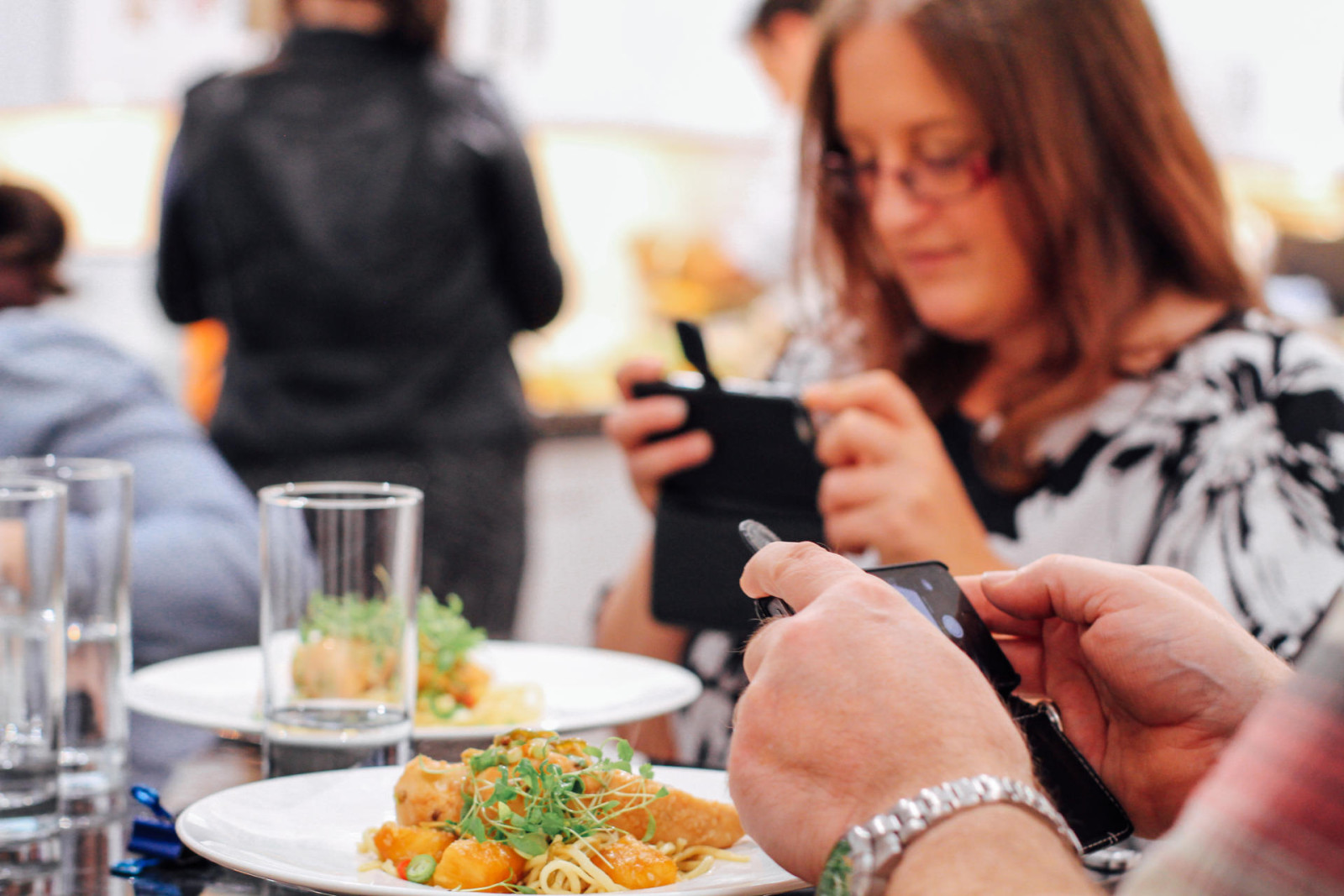 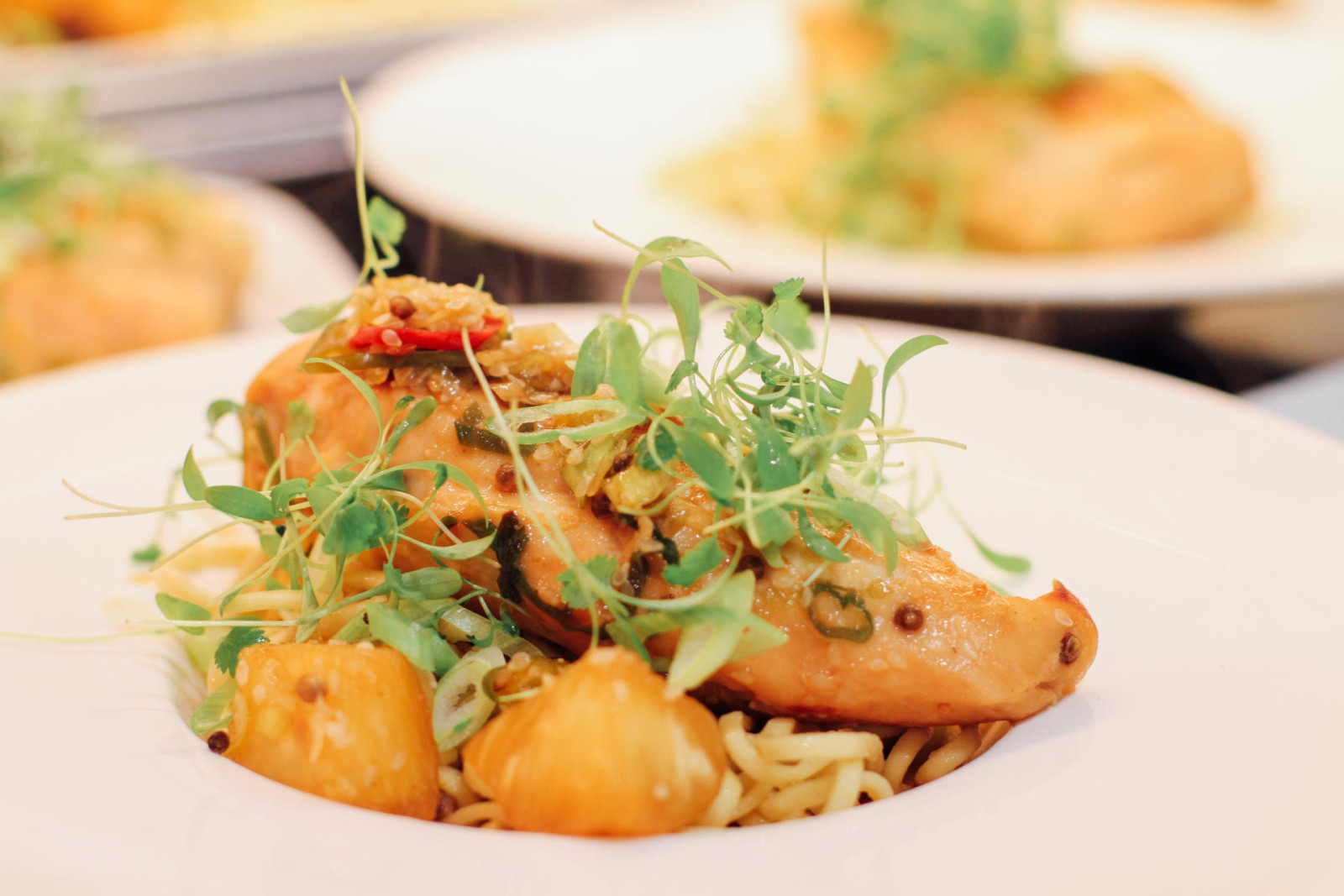