I was writing a blog post recently for a national newspaper blog. I had included an anecdote from this story that I’m about to tell you, about Belle winning a Halloween fancy dress competition while we were away for the weekend in a caravan at Trelawne Manor Holiday Park, near Looe in Cornwall.

The editor came back to me.

“Do 13-year-olds normally dress up for Halloween?” she asked. “I found that surprising – were you attending a party? From a caravan? I think this needs to be explained a bit more.”

This made me laugh quite a lot.

Perhaps 13-year-olds don’t dress up in London, but down here, in the West Country, where we are clearly more culturally lacking, they certainly do. Also, I wasn’t quite sure what she meant by my needing to explain – was it simply the concept of staying in a caravan that baffled her?

Anyway, that’s not really part of the story, I just thought it was funny.

So yes, we went away for the Halloween weekend and stayed in a caravan at Trelawne Manor Holiday Park and yes, we dressed up. All of us. We’ve been on a few caravan mini breaks this year, and we’ve properly learnt to embrace the spirit of the occasion. You don’t go and stay on a caravan park expecting luxury spa treatments and 5-star restaurants, you go expecting bingo, fancy dress, and family fun, and that’s what we had. 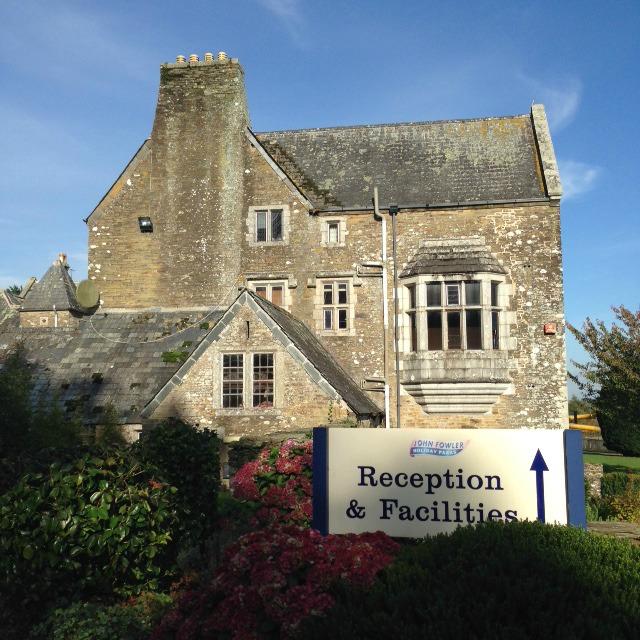 Belle had been working on her costume long before we were even going on the trip, intending it to be for local trick or treat use only, so when I told her we were going away she was more that a little put out at the thought that she might not get to dress up. “Don’t worry,” I reassured her, “I’ve checked with the park and they all sorts of Halloween activities going on. Your costume will not be wasted.”

We arrived at Trelawne Manor Holiday Park on Friday late afternoon and were disappointed to find we were too late to sign up for the talent show that night, but it turned out that we wouldn’t have stood a chance, not against the dwarf that banged an upturned plastic bin with sticks. I’m not going to go into that, suffice to say it was a never to be repeated moment – a bit like being at the end of the war and watching the moon landings, all rolled into one.

Saturday night was the Halloween night, and as I had been a bit of a rubbish parent for the preceding weeks, working in the evenings and generally being a bit crap, I had promised Belle that she could give me full Corpse Bride makeup. 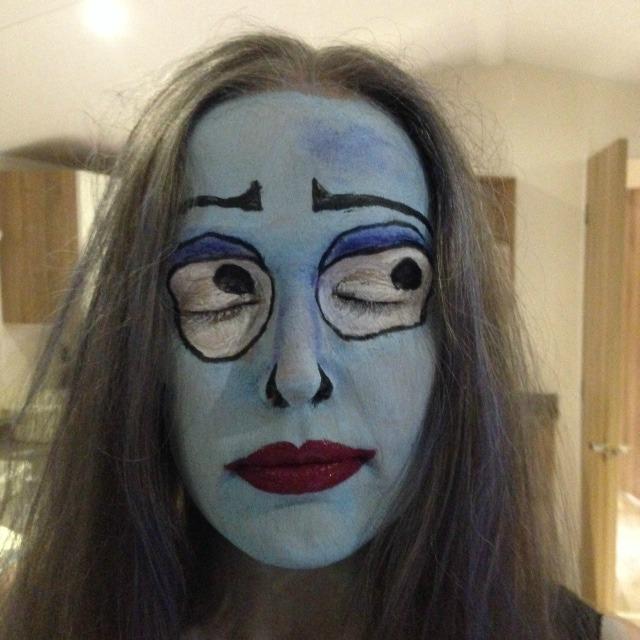 Fiancé went as Dracula – any excuse to wear a DJ – and although I think we looked amazing, we were trumped in the adult category by the father of the bin drumming dwarf – also a dwarf – who dressed as an evil chef. A story for another time.

I’d build up the tension at this point, but I think I gave it away with the title of the post a little bit. Suffice to say we were all very pleased that Belle took home first prize as a cereal killer – well deserved, I hope you agree. 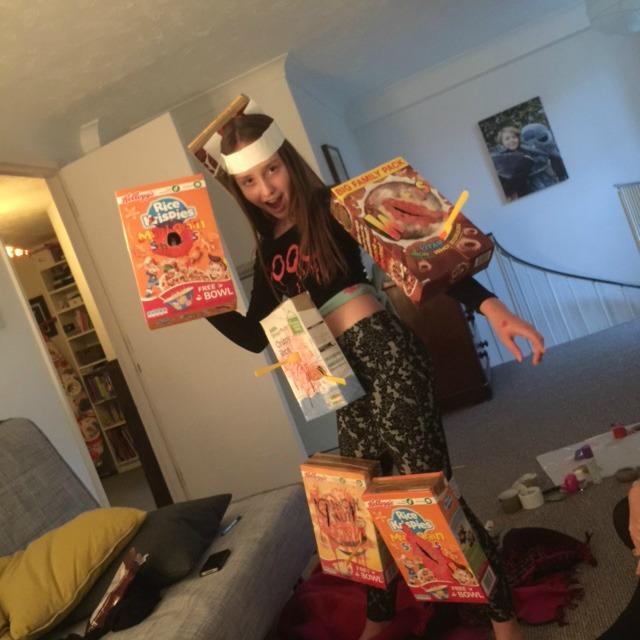 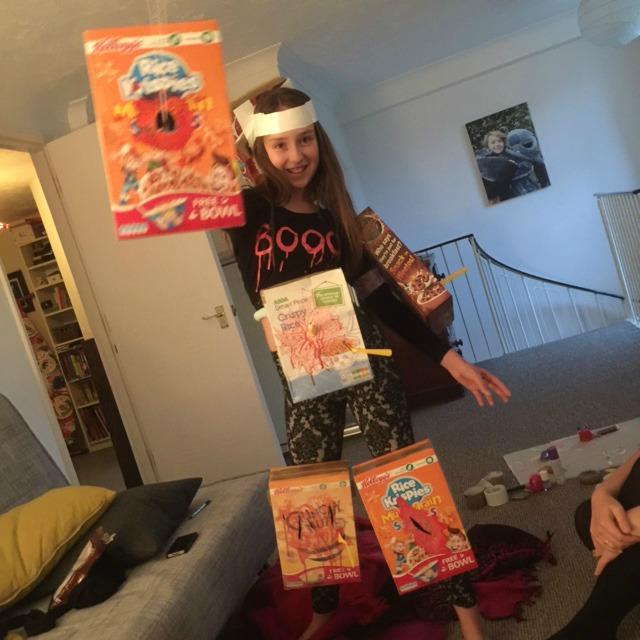 We were staying as guests at Trelawne Manor Holiday Park – all views our own.