Today I have another guest post from my boyfriend. My sister and I decided we should from now on refer to him as Rupert. He is not called Rupert. If you like the cut of his jib you can follow his ramblings on Twitter. 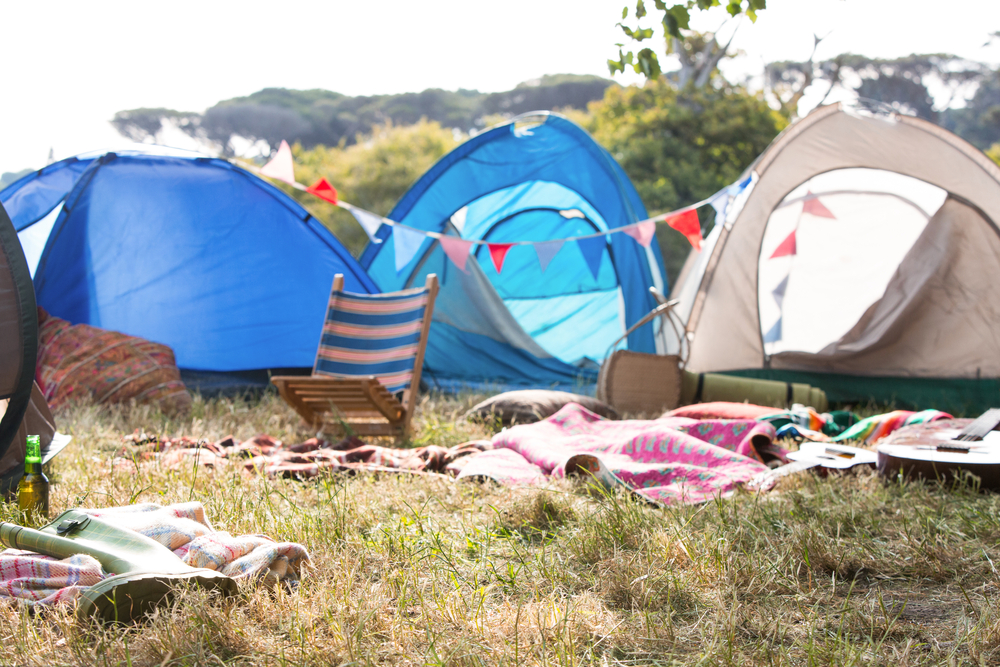 “Have you ever been to a music festival?” Jo asks.

A few seconds later, I look up to see if Jo is observing me for signs of a caveat to my reply.[I was.]

“I’ve been to the Proms”. I add. “And the Three Choirs Festival. They’re both music festivals”.

I fully appreciate that it’s utterly unacceptable to be Somerset born and bread and to have not been to a music festival.Much to the amusement of my colleagues, I did nearly go to Glastonbury a couple of years ago, and despite being terrified by the domestic arrangements and the thought of people urinating on my tent in the night, I was genuinely disappointed to be hospitalised the day before we departed.

My colleagues sent a card congratulating me on the elaborate nature of my excuse, and as I lay in my hospital bed watching the BBC coverage, I did wonder whether in your 30s you might just be better off staying at home and listening to a CD whilst drinking a bottle of Beaujolais. There aren’t queues for the bathroom and in our household it’s only the dog’s wee we have to worry about. When I was discharged from hospital, I arrived home and observed my packing of wetwipes, antibacterial gel and earplugs, thinking that, rightly or wrongly, fate had sidestepped me from having to live with marginal discomfort for a few days.

What a first world sort of guy I was.

I do appreciate that festival-going has changed radically over the past 30 years, and that it’s now much more of a family experience. A friend of mine said that the longest queue he saw at Glastonbury was for cappuccino and copies of The Guardian. I’m sure that’s apocryphal, but subconsciously I’m sure I’ve put off the festival experience for fear of being slightly out of my comfort zone. The rational fact is, that if festivals were so bad, no one would go, and they wouldn’t be good business.

So, this summer I’m discarding my chinos and BBC Proms guide, and rather than spending a few mildly uncomfortable hours in the arena of the Royal Albert Hall surrounded by dubiously smelling men in Lycra, we’re heading to Standon Calling.

The festival celebrates its tenth anniversary this year, and anyone who can make a birthday barbecue grow into a boutique festival in just a  decade gets a huge stamp of approval from me.  Trust me, I’ve organised the tiniest of festivals, and it really is one of the most stressful experiences I’ve ever undertaken.

We’ve still got a few months for me to work on Jo about the camping arrangements.  Don’t get me wrong, I don’t mind sleeping under canvas and the site looks great, but Standon Calling’s boutique camping and Hotel Bell Tent seem to take glamping to a new level.  I’m hoping that someone over the next month or so Jo will decide that as a family we should definitely upgrade.  Here’s hoping. [I wonder if I just make it clear now that I won’t, or leave him with hope?]

The music looks great – as someone who came of age in the 90s, what’s not to love about seeing Basement Jaxx?! I’ll be in electronic heaven.  I’m most looking forward to going to The Cowshed, the festival’s nightclub.  It’s a bit like camping at a wedding reception venue when you know you’re having a great time, yet have a matter of yards to stagger at the end of the night. [I should probably warn him too that a festival with children doesn’t involve much early hours staggering, unless it’s to accompany a small person to the toilet, and that we will probably be back at the ten by 10.30pm with a nice cup of tea.]

If Glastonbury is a festival city, then Standon Calling has the look of a large, vibrant village.  The photos on their website make it look like a chic, beautiful family affair.  Last minute hospital trips aside, I’m ready to pop my festival cherry.

Did I mention the boutique camping?