I saw some people out at the weekend in t-shirts, which means it’s time to start thinking about summer festivals – hoorah!

This year we are off to Standon Calling. We’ve never been before, although it’s been going for ten years now, and it looks pretty cool – a perfect summer escape for festival-lovers and families alike, offering an intimate three day celebration of renowned and upcoming acts, art, comedy, fancy dress for all, the hilarious Standon Dog Show(!), workshops, family entertainment and of course its own heated outdoor swimming pool! I can safely say I have never been to a festival and packed my swimming costume before! 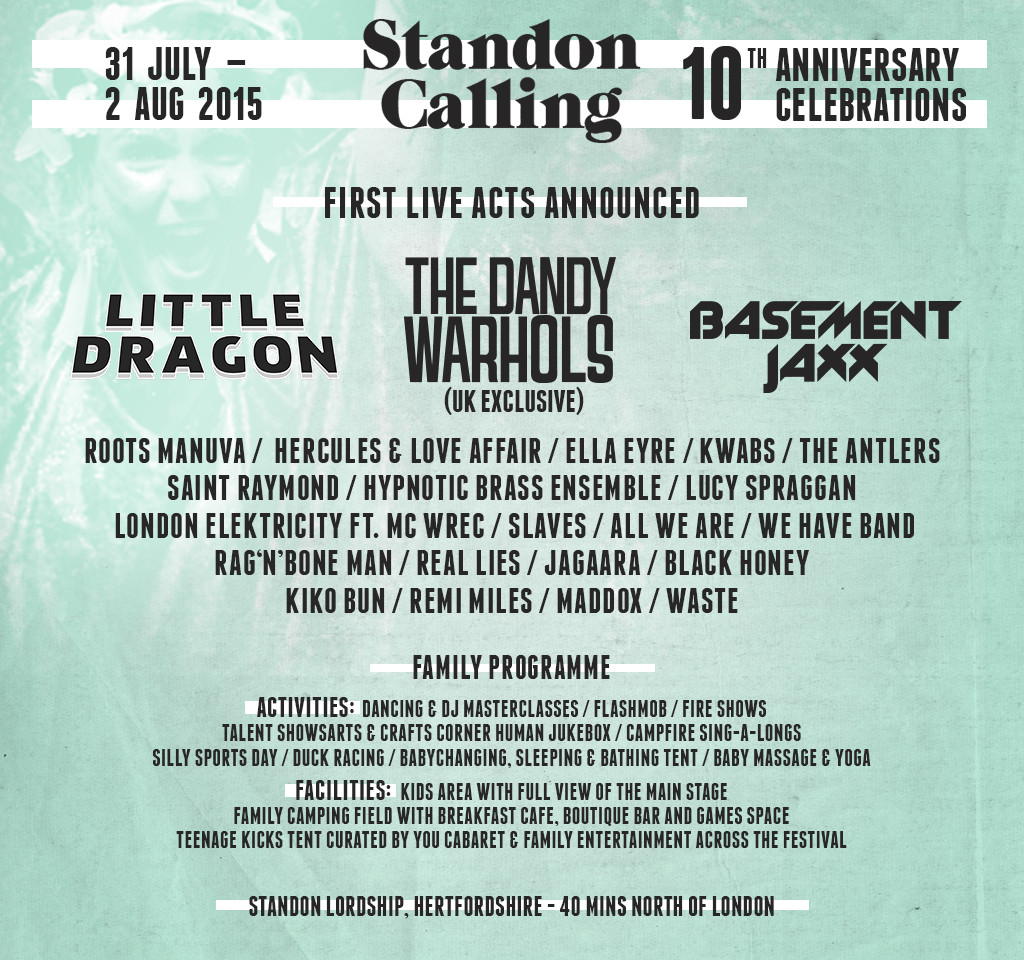 I’ve paired up with the festival to offer one lucky winner the chance to win a family ticket, ( 2 adults + 2 children), to this year’s Standon Calling, including camping.

To win tickets to Standon Calling 2015, just get involved in the Rafflecopter widget below.