I have some fond memories of Crealy Park in Devon, which all came back when we camped at Crealy Adventure Park and Resort.

It was a favourite haunt when Belle was little, and we even went on a coach trip there from playgroup. I remember it clearly, as we took this very funny picture of Belle on the coach. It always makes me laugh because it looks a bit like she is being born – sort of popping out. 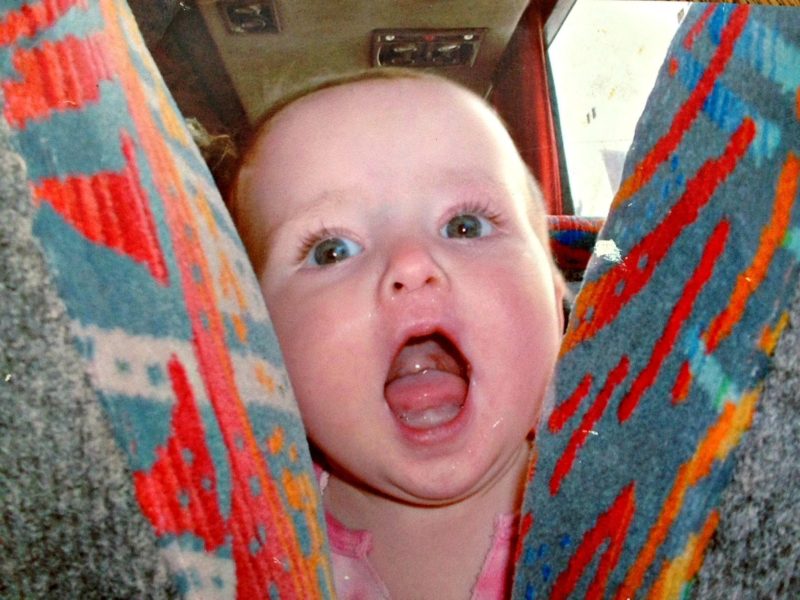 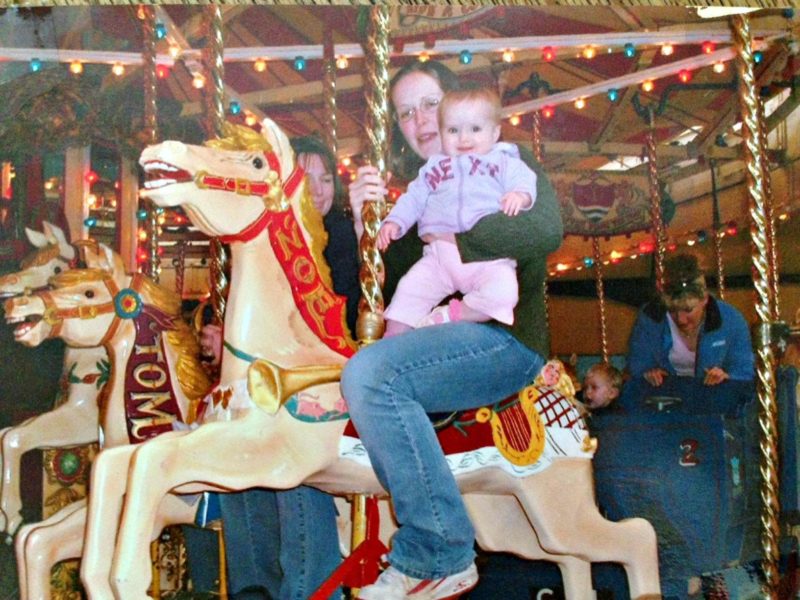 It’s been quite a long time since we last went, but not so long that the memories didn’t immediately come flooding back, even for Bee, who wasn’t with us: 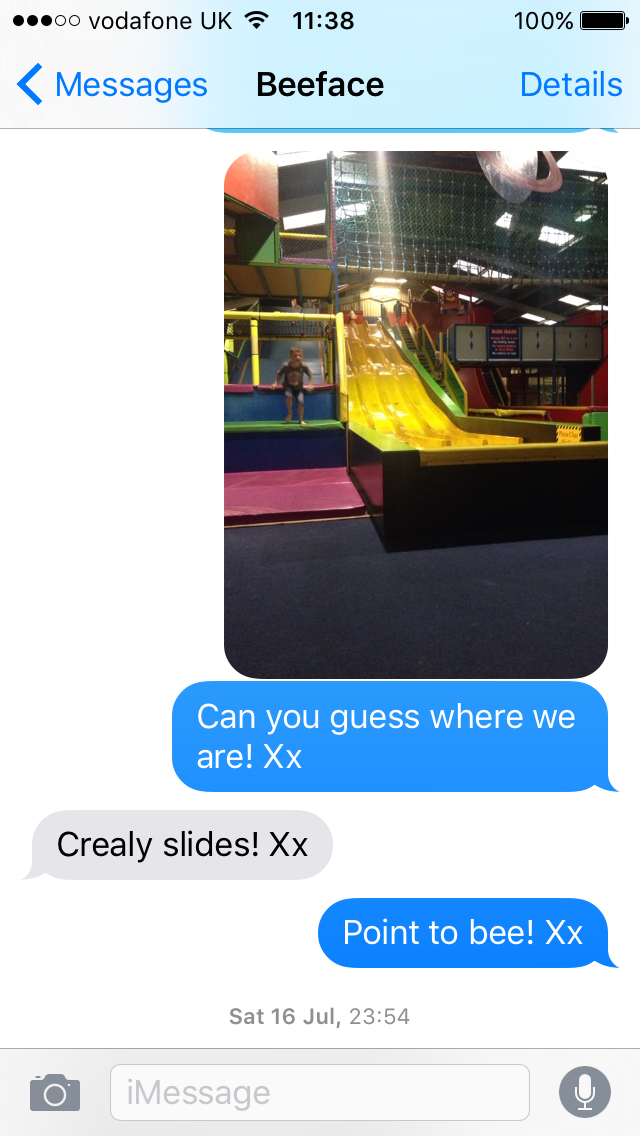 Although we’ve ridden the wavy slides many a time, we’ve never camped at Crealy Park. In fact, I never even knew you could camp until recently. Their campsite, Crealy Meadows, has space for caravans and tents, as well as some more glamorous camping options; there are lodges – some with hot tubs – and luxury camping, with either a Medieval or safari theme.

I opted for a Medieval theme, because that’s just the kind of gal I am. 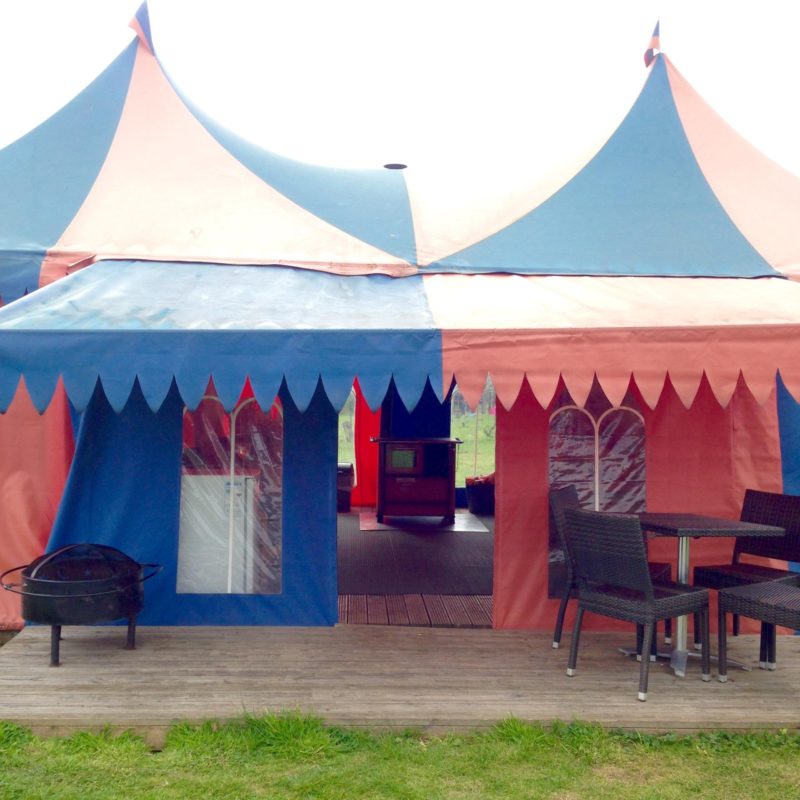 The tents are very well equipped, with everything you need for a camping trip, and lots more besides. You have a kettle, toaster, plug sockets, fridge, proper beds – it’s basically like being at home, but much redder. (The walls of our Medieval tent were made of blue and red canvas, so they did give the interior a bit of an eerie glow!) You just need to rock up with some clothes in your affordable camping backpack and you’re good to go. They are separate areas for each bedroom – three in total – and although there were only two of us in our tent, we could see from the tents around us that some of them were sleeping pretty big families. If you like the idea and fancy planning your own camping trip, check these tents to find one that would be a good fit for you and your family.

We quickly settled into the camping vibe.

I had brought a bottle of wine that I’d been given as a thank you for speaking at a recent marketing event, and Belle got busy with the marshmallows. We pulled the sofa bed outside, so we had a lovely relaxing area on the deck to enjoy the sunshine. 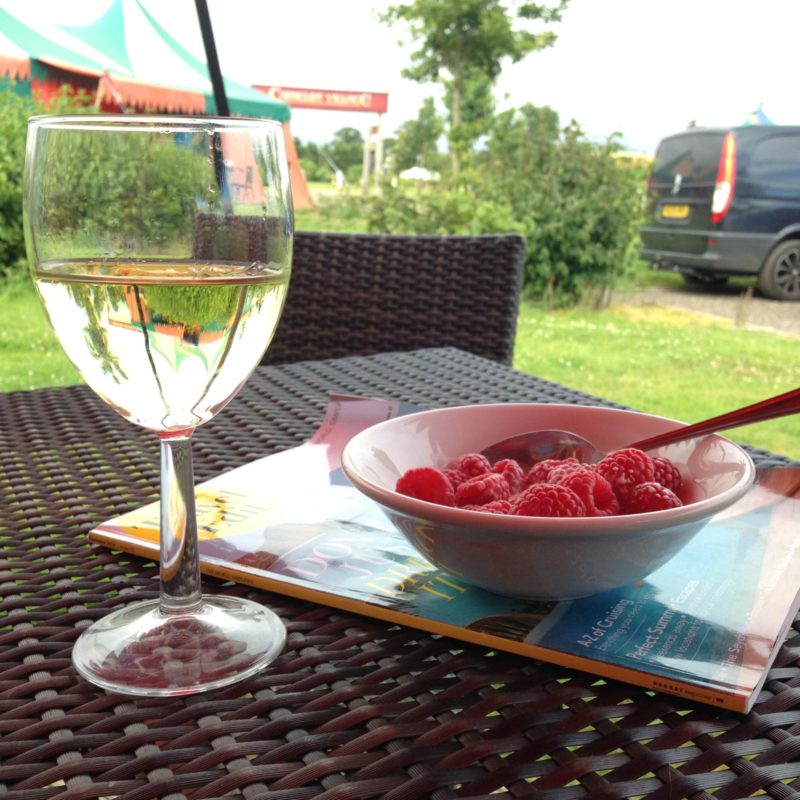 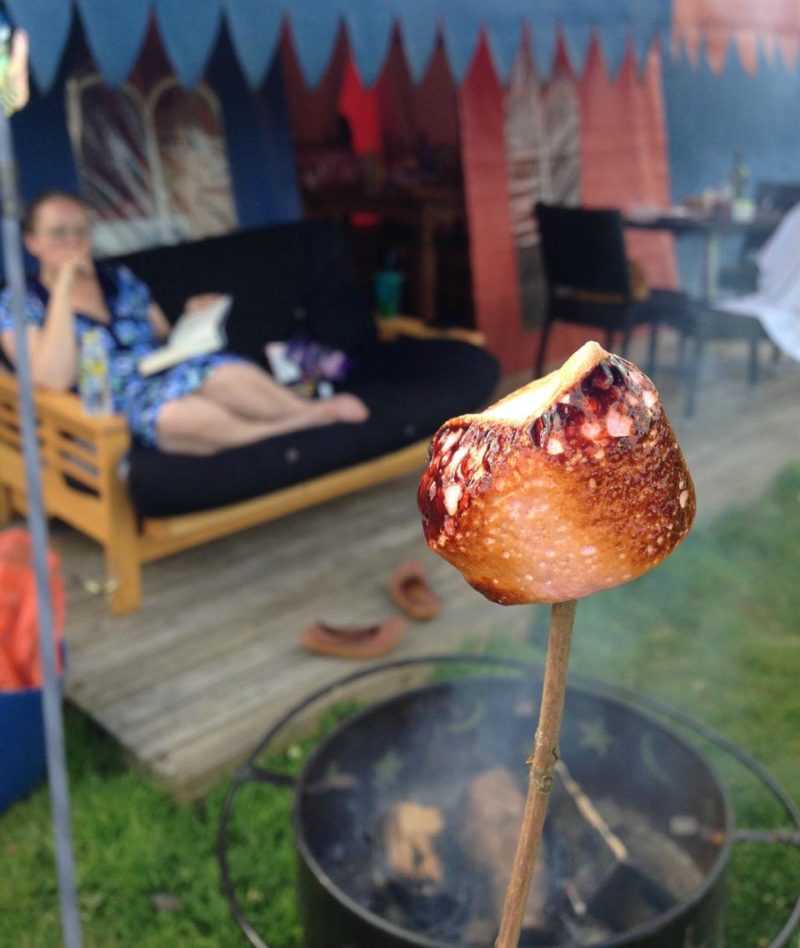 Passes to Crealy Park come as part of your camping package, and there is an entrance to the park near the campsite, which makes you feel sort of special, like you have top secret insider park knowledge. Although quite a bit is geared towards younger children, I was surprised at how much there was for Belle’s age too, and we easily entertained ourselves for a good couple of hours, mostly on rides designed to get my clothes wet, a fact which Belle seemed to particularly enjoy. If only I’d kitted myself out from outdoor store Prepare Now, perhaps I might not have quite quite so soggy.

We also took the opportunity to go into Exeter, to shop for Belle’s outfit for my sister’s wedding this summer. Although we’re not actually that far away, we never really think to go to Exeter shopping, and we were very impressed with the range of shops. I can personally confirm that there are about 193 different shops where you can look for shoes and handbags. (This is probably an exaggeration, but it felt like this by the end of the day. Belle wanted to get things matching exactly right.)

She did look scarily pretty and grown up, though: 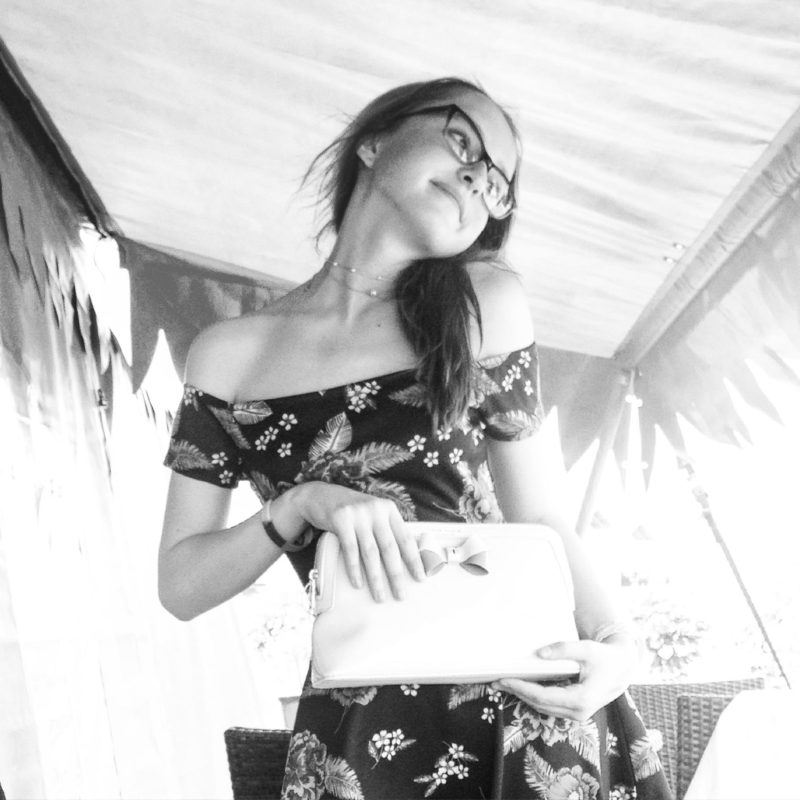 Things to bear in mind

If I had to be super critical, there were a couple of things that were a little bit irksome.

First up was the heat. It was about 24 degrees the weekend we stayed, which I know is probably a little out of character for the UK, but it did make the tent very hot. It cooled down in the evenings, but it did mean that you had to get up and out as soon as you woke up, as the heat was just too much. No lie-ins for me. In fairness, I imagine this is only really a problem for a very small proportion of the year, and chances are that if you’re staying at Crealy Meadows it’s because you have young children who will want to be up and at the park early anyway.

The second thing was that aside from the kettle and toaster, all your cooking had to be on a big wood burning stove in the middle of the tent. This would be very cosy on cooler days, but combined with issue one, it wasn’t ideal. The half hour I spent cooking bacon for Belle on the Sunday morning was quite possibly the sweatiest half hour of my life. My top tip would be to take along your own camping stove, if you have one, so you can cook simple meals inside or out, without having to light a full fire.

Overall though we had a Crealy lovely time. (See what I did there?) The staff on the campsite were very friendly and helpful, and the location was fantastic for combining the fun of Crealy Park with other activities. We’d definitely recommend a visit to Crealy Meadows. 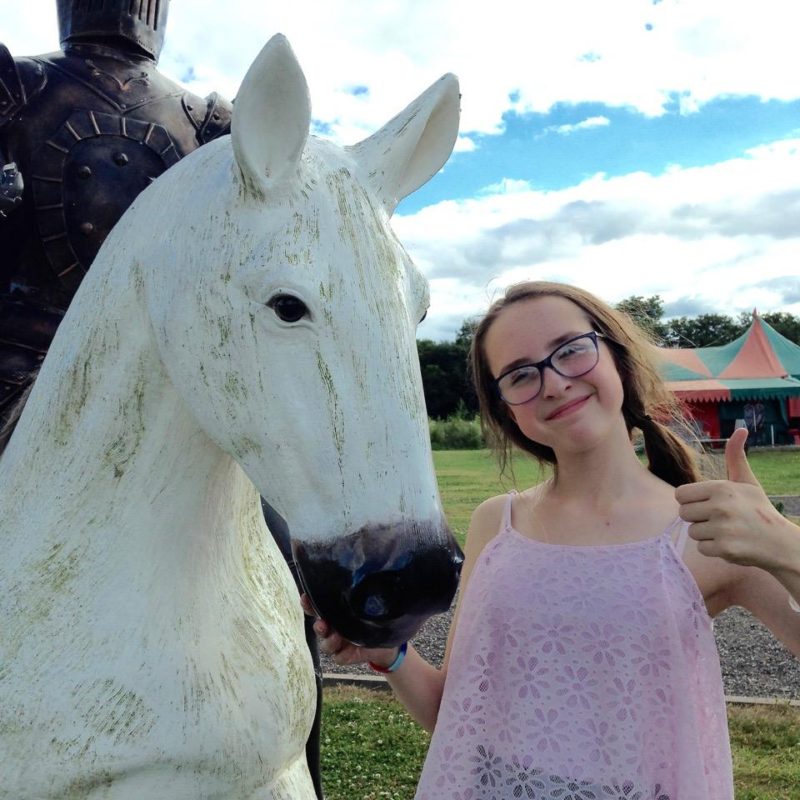 We were guests of Crealy Meadows for the weekend. All opinions my own.