I wrote a little something earlier this week about my fear of switching bank accounts and it’s true; the older I get, the less appealing change becomes. I opened my current bank account in 2000. I was newly graduated and had started a job training to be an actuary at a big insurance company. Part of the deal was that all staff had to sign up to the bank that the company was a part of to get their wages, so it’s safe to say that not a huge amount of thought or research went into that decision.

Fifteen years later then and although I have moved house and changed jobs more times than I can remember, and changed partners a few times too, I still have exactly the same bank account.

There is of course a lot to be said for the ‘if it ain’t broke’ ethos, (this applies to partners and jobs too), but I think it’s a little bit more than that. Part of me is convinced that being with the same bank for a long time is good for my credit, but this could well be a myth. Another part of me just doesn’t fancy the idea of any sort of faff.

I suspect though that the time has come to push my reservations aside and think seriously about switching bank accounts. Mine is perfectly functional, but it’s not spectacular, and the interest rates are definitely on the crap side. It’s very tempting indeed to switch when you see things like the TSB Classic Plus Account.

I do have a bit of a fondness for TSB, regardless of their 5% AER on balances up to £2,000. It’s where my Mum used to bank, before it merged and then unmerged, (definitely a word), again with Lloyds, and for some reason that sticks in my mind. Trips into the local branch to pay in cheques must have been my idea of a fun outing as a child. I also remember being rather proud of knowing what TSB stood for. It’s hard to believe I wasn’t that popular as a child isn’t it? 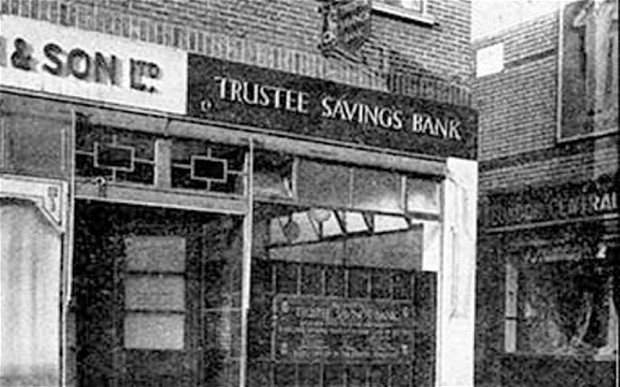 The TSB Classic Plus Account is extra special for a few reasons:

You have to register for Internet Banking, paperless statements and paperless correspondence but I would do that as standard, so don’t see it as being a catch in any way. You can apply online, in person or over the phone, so really there is no excuse for not earning yourself a bit of extra cash every month is there?

Do you compare and switch bank accounts in the same way as other services? What are your top tips?