We have two Hollies in our lives. People as in, not bushes.

To distinguish them we have different names for them; we call them ‘Normal Holly’ and ‘Crisps Holly’. (Not to their faces, just when we are referring to them in private and their identity could be ambiguous.)

Normal Holly is my cousin and, as the name suggests, is relatively normal.

Crisps Holly is the five year old daughter of my friend Jo and, although also relatively normal, does like crisps. She has had her name for a couple of years now, (the crisps bit of it – she has been called Holly since birth), ever since she once stood in front of Bee, who was eating a packet of crisps, and peered in.

“I really like crisps,” she said, looking pointedly between Bee and the crisps.

“I really, really like crisps,” she said, having clearly not received the response she was expecting i.e. Bee handing over her crisps.

“You really like bread,” said Crisps Holly, breaking off a piece of her sandwich, placing it on Bee’s lap and helping herself to some crisps, “so let’s swap.”

You may wonder where I am going with this. As you will now see, what’s actually happening is that you are very cleverly and subtly being led into hearing me tell you what I think of the new Market Deli range of crisps from Walkers. 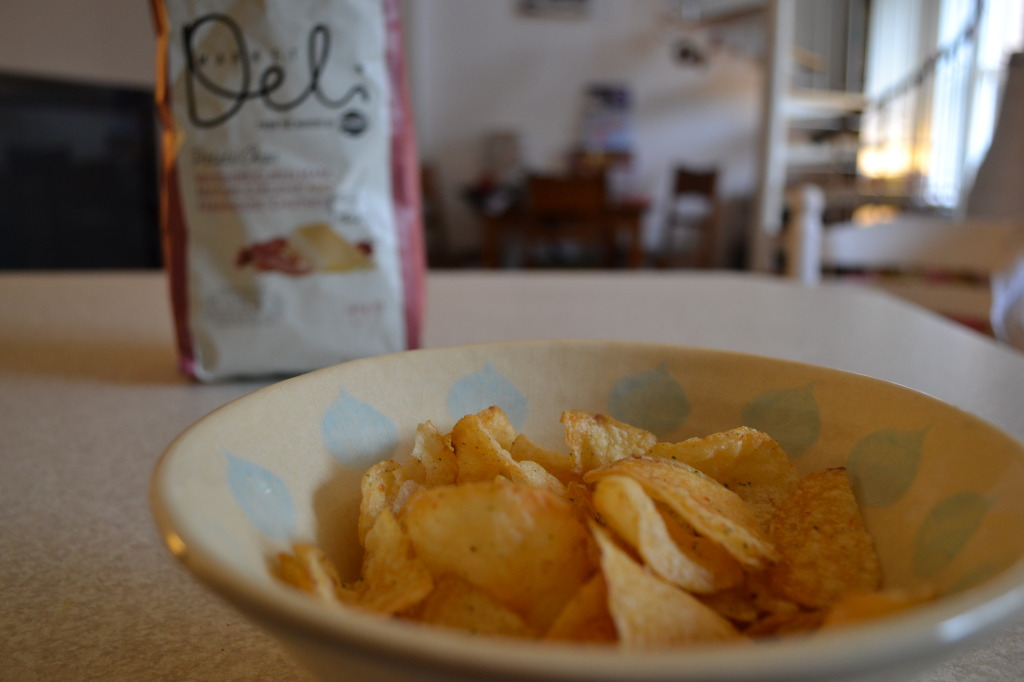 Although I’m sure Crisps Holly wouldn’t say no to the Market Deli range, they have been created with a slightly more grown-up palate in mind. Flavour is really the thing, with options like ‘balsamic vinegar of Modena’ and ‘roasted red chilli with Mediterranean sundried tomato’. They come as crisps, tortilla chips and pita chips too; something to satisfy all of your dipping and crunching needs.

So then, the important question – are they nice?

Belle and I agreed, as we ate a packet of the ‘flame grilled Spanish chorizo with roasted onion’ potato chips in bed at 10pm, that they really were very tasty; the flavours are ace and they have that chunkiness to them that in my mind always sets apart a fancy crisp. We enjoyed them even more with the challenge element of trying to eat each one whole so as not to get crisp crumbs in the bed.

Are you a crisps person? What’s your favourite flavour? 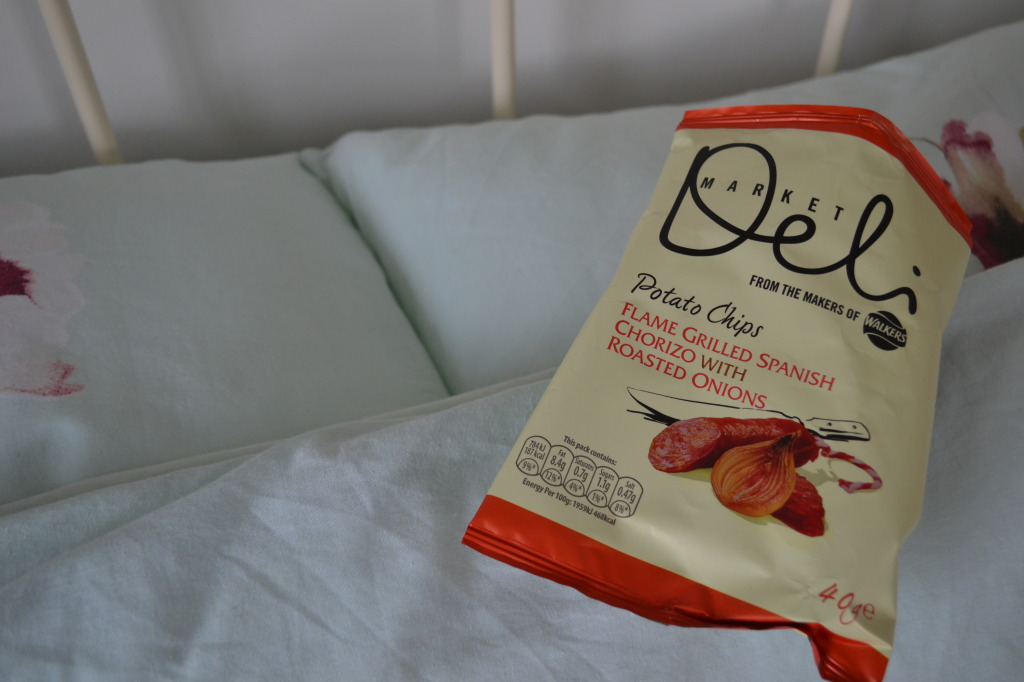