This review is from my very favourite 19 year old daughter Bee. 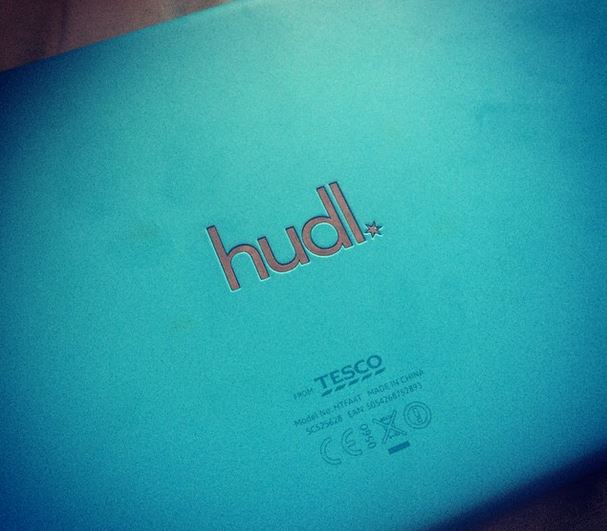 I recently received the new Hudl 2 to review.

“What is a Hudl 2?!”, you’re all thinking, “is it something to do with penguins? Or rugby? Big, burly rugby playing penguins?”

The Hudl 2 is actually the brand new tablet bought to you by the makers of my favourite thing, Pink Doughnuts…

I was obviously not that enthusiastic about it when I originally accepted the offer because it isn’t a tablet made by one of those big tablet making companies so I assumed it would be a bit lame. The information said it was £129 and was great for families with kids, so it sounded like the sort of thing that would keep kids entertained and let frazzled mothers do their online grocery shopping with the touch of a button, but that would be about it.

Due to my lack of enthusiasm and general teenage attitude I just said “Yeah whatever, don’t care, pink or blue or something. Who cares? We’re all going to die anyway.” That meant I didn’t know what colour it was going to be until it arrived, which was quite exciting.

Then I got the call. The Hudl 2 had arrived! I was actually getting more excited about it by this point because I had been wanting to buy a tablet for a while but hadn’t had the guts to splash the cash, no matter how many times I tried to convince myself it would be very useful for ‘studying’.

It came in a black bag filled with little bits of stringy paper which I proceeded to throw around my flat mate’s room while he wasn’t there, so his room looked like the inside of a party popper.

Anyway, I opened up the Hudl 2 and it was so pretty! I got the tropical turquoise colour and I loved how vibrant it was and how sleek the design is. Considering it is a low budget tablet, it looks a lot more expensive than it actually is. One thing I also love is the screen quality, which is so much better than the iPad mini. I proceeded to download one of those tacky moving fish tank wallpapers that everyone used to have as their computer screensaver in about 2001, which made it even better.

I downloaded all the apps I could think of. The Hudl 2 runs Android and I was worried that I wouldn’t be able to access all the usual apps I play on but they were all there and more. I spent one night feverishly playing the Kim Kardashian Hollywood game until I started to forget I wasn’t actually Kim Kardashian and had to turn it off. 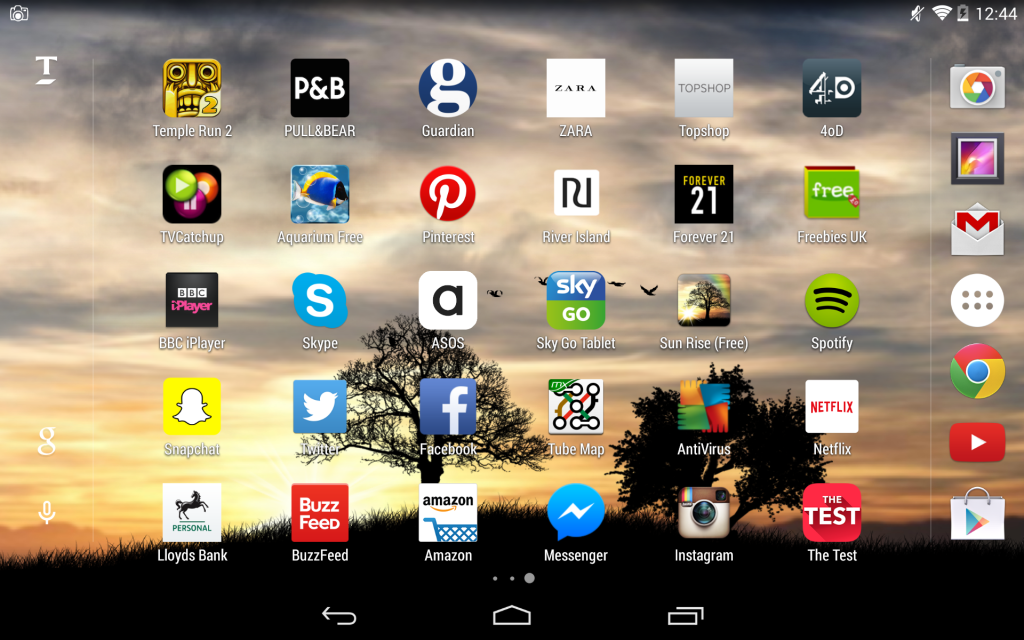 I also love that the Hudl 2 comes with Blinkbox, a movie and TV service which has no subscription and you can just buy and watch all of the latest movies and shows whenever you want and wherever you want. When you buy the Hudl 2 it comes with a little booklet of goodies including £25 free Blinkbox credit when you sign up. I watched season 1 of New Girl and it was such fun. 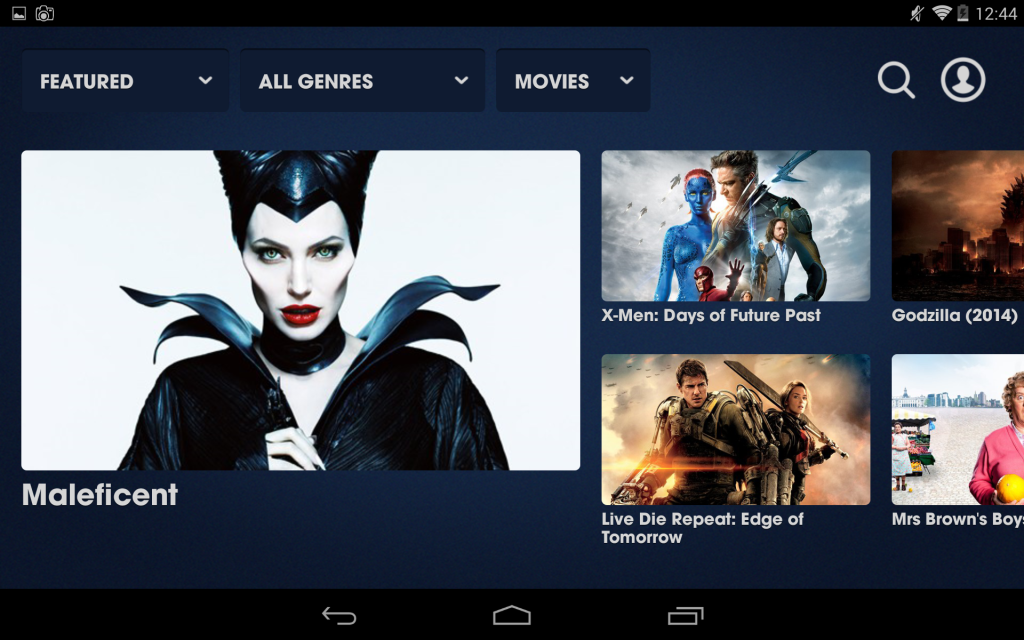 I also did my Tesco grocery delivery order on the Hudl 2, which has a widget especially for groceries already on the home screen. The groceries app was so easy to use and after I had ordered, the widget showed me when my delivery was due, which was good because I often forget until a man calls me when I am asleep and tells me he has six boxes of food waiting for me in the courtyard. 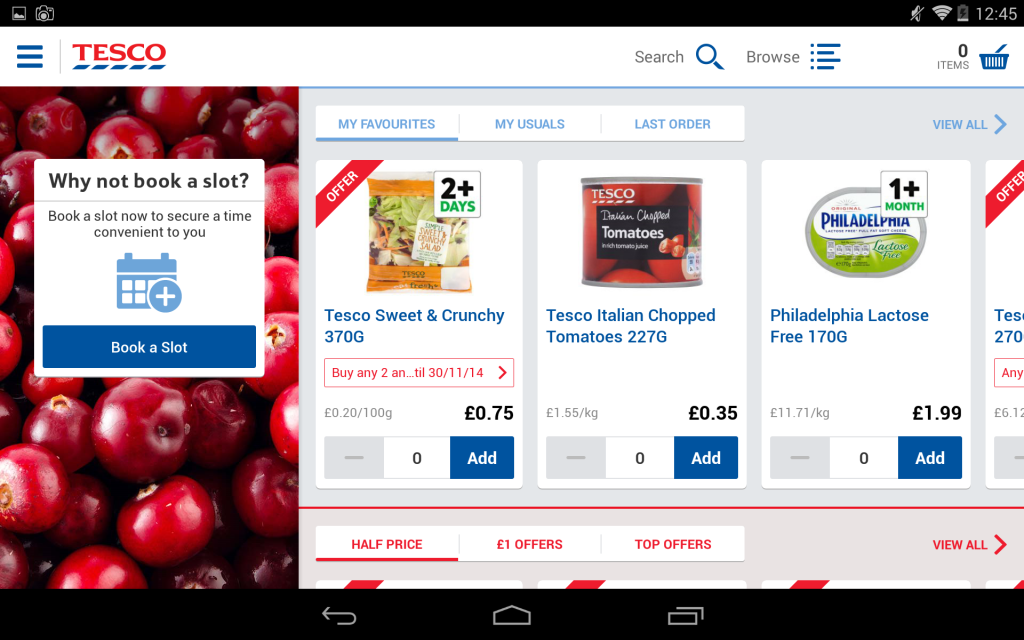 I don’t know a lot of technical stuff about tablets, you can look that up somewhere else. What I do know is, the Hudl 2 is adorable and a lot of fun to play with as well as useful, which, really, is all you need it to be. I expected the Hudl 2 to not be very good when in actual fact I prefer it to the iPad mini and am now considering getting an Android phone next time I upgrade. For £129 this tablet is an absolute steal.

It also really is great for children as it comes with built in child safety features. I have also dropped it a few times and it hasn’t smashed to pieces so it is pretty hard wearing!

In conclusion, I would advise you to rush out and buy one yourself ASAP. The moral of the story is, don’t judge a book by the fact that it’s made by Tesco.