I was having a disagreement with Boyfriend the other day.

It all started because I have been taking part this month in the Great British Budget challenge and have been using Money Hub in the new YourWealth app to get my finances in order. If you are the sort of person that likes lists and charts then you’ll love Money Hub. You can test out all sorts of different scenarios to see the impact of certain financial decisions on your future wealth, as well as budgeting for the day to day stuff.

For example, based on my current earnings and level of spending it is projecting my net worth at retirement to be -£173,962. 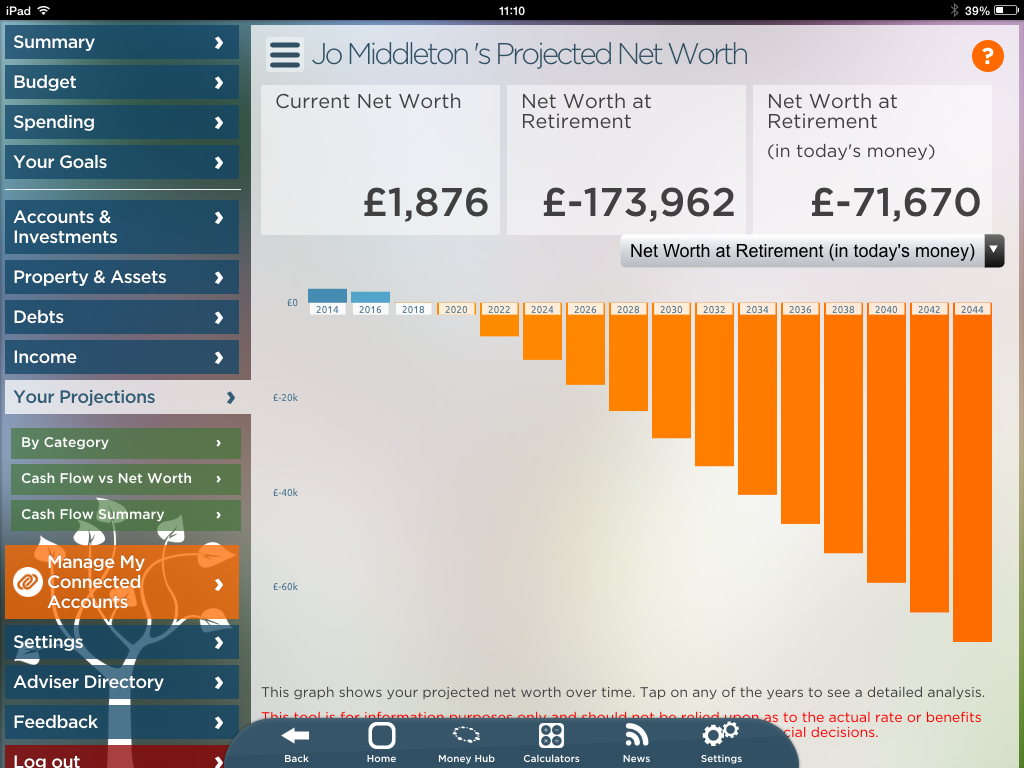 Less depressing though is the monthly budgeting tool, which allows you to set a budget for your regular expenses and then track your spending against each. Boyfriend scoffed when he looked at it, saying that £135 for our gas and electricity was way too much. I made a very self-important speech about him not understanding the true cost of things in today’s economic climate, and then snuck a look at my online utilities account to check. 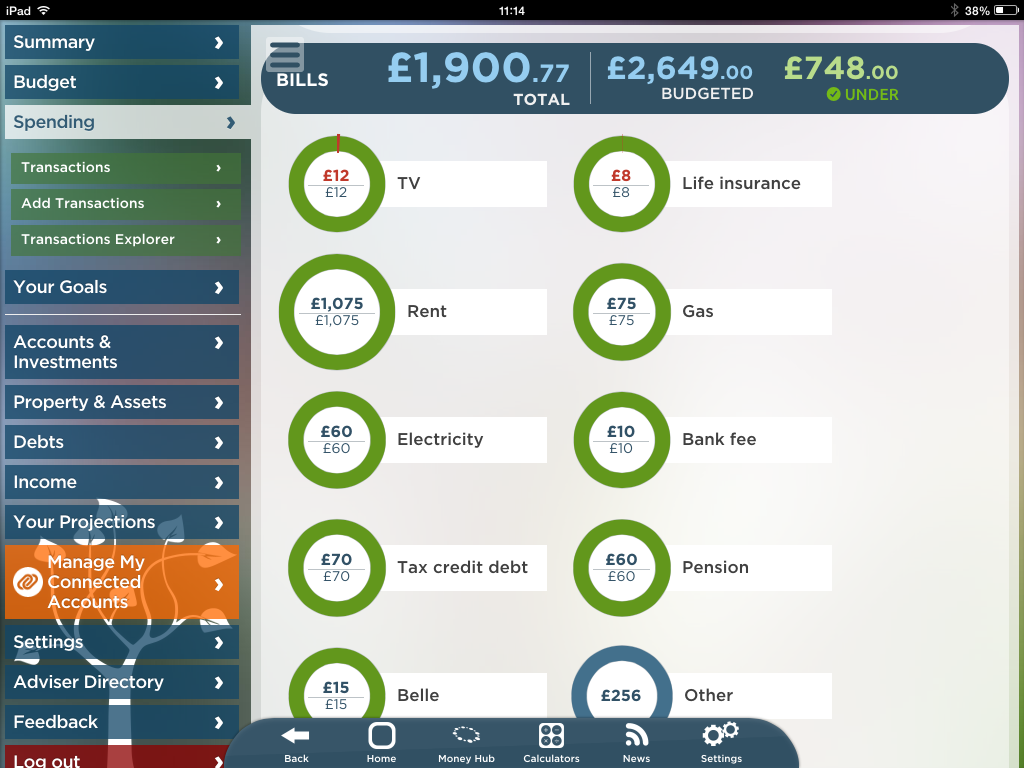 Screenshot from YourWealth app, available on iPad/iPhone and Android

My investigations proved fruitful – we’ve been overpaying on both bills for about a year, leaving us over £500 in credit.

Just don’t tell Boyfriend he was right and I was wrong. I will spend the money on gin and he’ll never know.*

It just goes to show though how worthwhile budgeting can be! How are you when it comes to managing your money?

*It’s exactly this attitude that means my estimated net worth at retirement is -£173,962