Before Christmas I had dinner with a group of bloggers and some of the team from Voucher Codes. We were talking about children and family finances as Voucher Codes were doing some research to put together a white paper. It was an interesting discussion, but what I thought would be more interesting than just me telling you about it would be to get Bee to read the report and give her opinion from a grown up child perspective. I told her she could be as honest as she liked, I wouldn’t stop her pocket money.

Recently Voucher Codes put together a white paper on the relationship between children and family finances. The paper combines data, expert opinion and the informed judgements of parents to form a view of how children feel about family finances. After a survey of 1000 parents and 1000 5-16 year olds, some statistics came to light on the subject.

“So what if kids worry about money? It’s nothing to do with them.”

In all honesty, I didn’t see it as much as an issue to start with. “So what if kids worry about money? It’s nothing to do with them.” was my first reaction. But children do need to learn about family finances at some point because eventually they will have to deal with them. I guess if they really are worrying about money from such a young age that can’t be very nice for them if they don’t understand how money works.

One of the statistics from the report highlights that 12% of 5-10 year olds and 37% of 11-16 year olds feel negatively about money. But doesn’t everyone really? I’m sure only about 1% of ten year olds in the world wake up and think “yippee! I have all the money I could ever want! Life is fabulous!” The rest of us think somewhat negatively about money and some people swear that money is the root of all evil. Personally I think it’s more the people who want/have the money, not the actual coins themselves. But there you go. 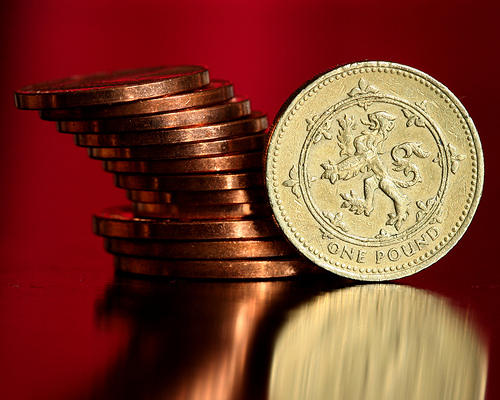 While a third of parents say they’re open with their kids about family finances, another third completely avoid broaching the subject of money with their kids, and 11% think family finances are none of their children’s concern. Now I do think that at a certain age, parents should start teaching children some things about basic budgeting and saving. Maybe they should get them one of those kiddy bank accounts with the free stress pig or something, but I don’t think its necessary for children to be CCed into some kind of family finances spreadsheet every week. My Dad wouldn’t even tell me exactly how much he earns when I had to apply for my student loan. What a man of mystery.

“Don’t argue in front of your kids, because obviously it makes them upset and that’s just mean.”

Another statistic showed that 16% of children claim they’ve learnt about their family’s money situation by hearing their parents arguing about money when they’re not aware their child is in earshot. Now unless your child has its own house to live in, I’m pretty sure they’re always going to be in earshot if you’re having a massive row. That ones pretty avoidable. Don’t argue in front of your kids, because obviously it makes them upset and that’s just mean.

I probably have slightly naïve opinions on the subject because I never worried about money as a kid. Money doesn’t really matter to me in general. I think it boils down to trust. Kids have to trust their parents that they are being sensible with the family finances, no matter how much money they have. At the end of the day, it’s the duty of the parent to have an age appropriate conversation with their child on any issue they may come across. When it comes to money, if anything it’s the kids that lead the parents astray. Parents will literally let you put anything in the trolley if you catch them at the right time of day.*

Do you talk to your children about the family finances? At what age do you think it’s appropriate to start talking to kids about money?

*This is very true. Bee is excellent at judging this.