How many mince pies have you eaten so far? I stopped counting after my second box of M&S frangipane topped mince pies, and that was in November, so probably best we don’t talk about it.

Instead, I thought I would spread a little selfless Christmas cheer by hosting a bit of a festive giveaway. This isn’t in anyway endorsed by Marks and Spencer, even though I’ve blathered on about them a lot already, it’s just me buying a voucher, but when I tried to think about a prize that would be both useful but also distinctly treat-like, M&S sprang to mind.

I’m going to run the competition until December 18th, then I will pick a winner straight away, so you’ll then have a whole week to spend it on Christmas dinner, or gifts, or just a trolley full of frangipane mince pies if you like. We won’t know, so we can’t judge. Not that I would judge you for that anyway, as they are really very good mince pies.

I did go on the M&S website in fact, to find a picture of them for you, but when I searched ‘frangipane mince pies’ I got pictures of men in loungewear? Not sure what happened there. 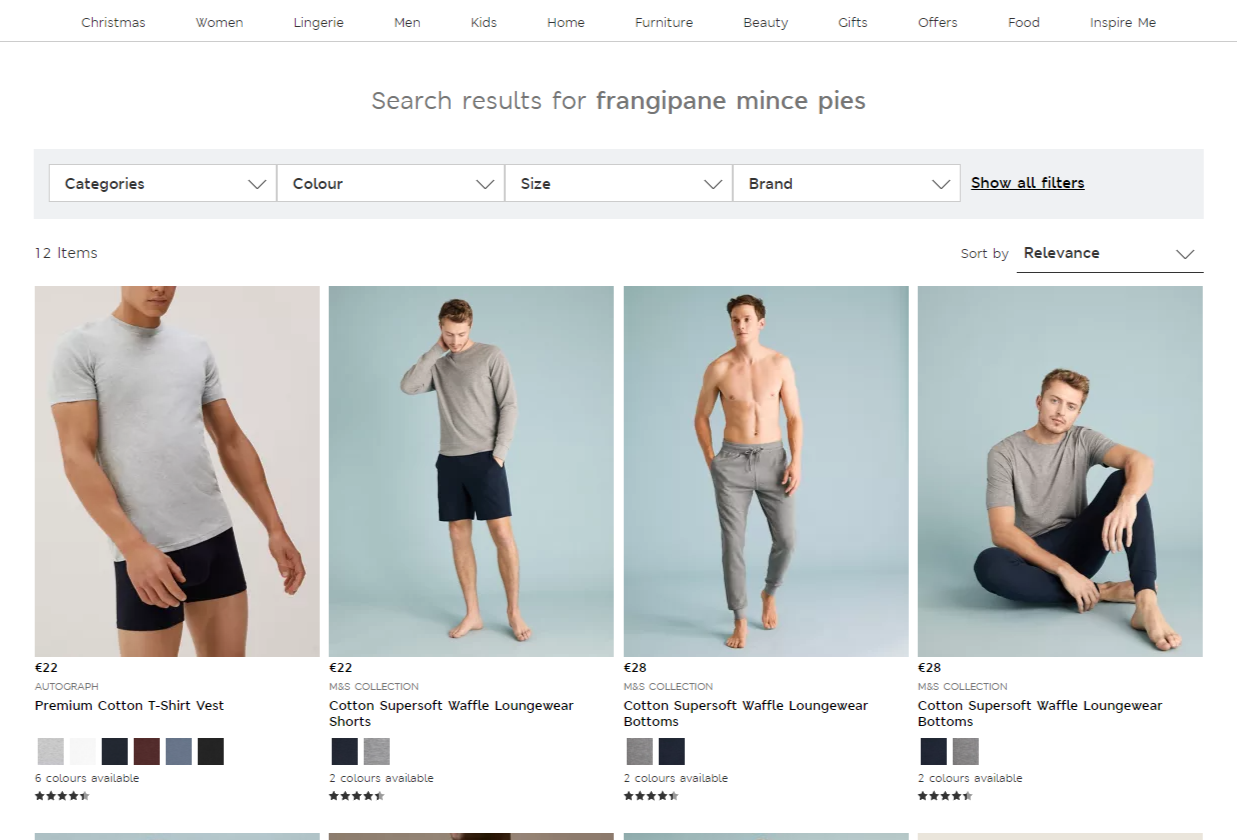 So the other purpose of the giveaway is to spread the word about my new podcast – It’s Five O’clock Somewhere. Loads of people, (about three), have been on at me for years about doing a podcast, but I’ve never really thought I’d be terribly interesting by myself, plus I can barely work the TV remote, so a podcast felt a bit daunting. But then I went on tour with the very lovely Gill Sims and we discovered that we very much enjoyed drinking and chatting, and surely that’s really all a podcast is? We bought matching microphones, found ourselves a Useful Person who could help us press the right buttons, and off we went. 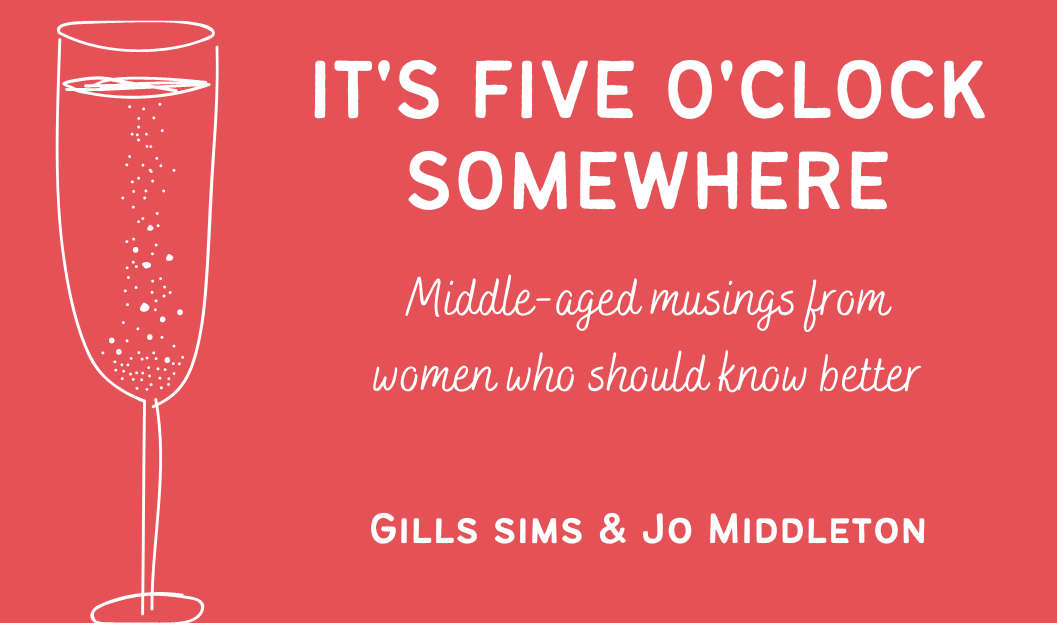 If you are the sort of person who enjoys sitting quietly in a pub listening to the two women on the table next to you talk loudly about sex and periods and why they love their dogs more than their children then you are going to be very excited because we have made this JUST FOR YOU.

It’s a lot of fun, especially because I really do get to drink cocktails at inappropriate times of the day, (often before I go to Brownies, but I’m not the first aid officer, so it’s totally fine). We chat about a mix of silly and serious things, laughing regardless, which is life summed up really isn’t it?

Entering our festive M&S voucher giveaway therefore involves quite a few ways to enter that mean subscribing or following the podcast or going and liking us on social media. We really hope that you will actually follow us and listen and enjoy it, not just enter on the promise of mince pies, but we have tried to be an inclusive as possible, so even if you don’t have Spotify for example, you can follow us on other platforms, or just go and like us on Instagram.

When you do listen, we’d also super love it if you could leave us five shiny stars, and a review if you’re able, and maybe tell your friends? This bit isn’t part of the competition, it’s just us being needy, but we do hugely appreciate it. We’d love to hear from you too with any feedback, suggestions or topics you’d like us to discuss.

To enter for the chance to win a £100 M&S voucher then, simply complete as many of the entry mechanisms below as you can. The podcast follows are worth TWO entries each, and everything else is worth ONE ticket in the prize hat, so if you do them all you have 12 chances to win.