In case you don’t follow me on Instagram, we are getting a puppy at the end of the month. It will be Belle’s puppy, so I’m under strict instructions about the use of things like the term ‘pupdate’ in Instagram captions, much to my regret.

Before the puppy arrives and takes over our lives in the best, fluffiest possible way, we’ve been making the most of our freedom by having days out and weekends away and going to IKEA. One such outing recently was an overnight stay in Windsor.

I think I may have been to Windsor once before, but I’ve never been to Windsor Castle, and to be honest if you go to Windsor and don’t go to the castle, have you even been? It would be like going to Cheddar and not eating some cheese. (I think I’ve done this too to be honest.) During our 24 hours in Windsor then I was definitely going to visit the castle, just to prove I existed. I think that’s how it works. 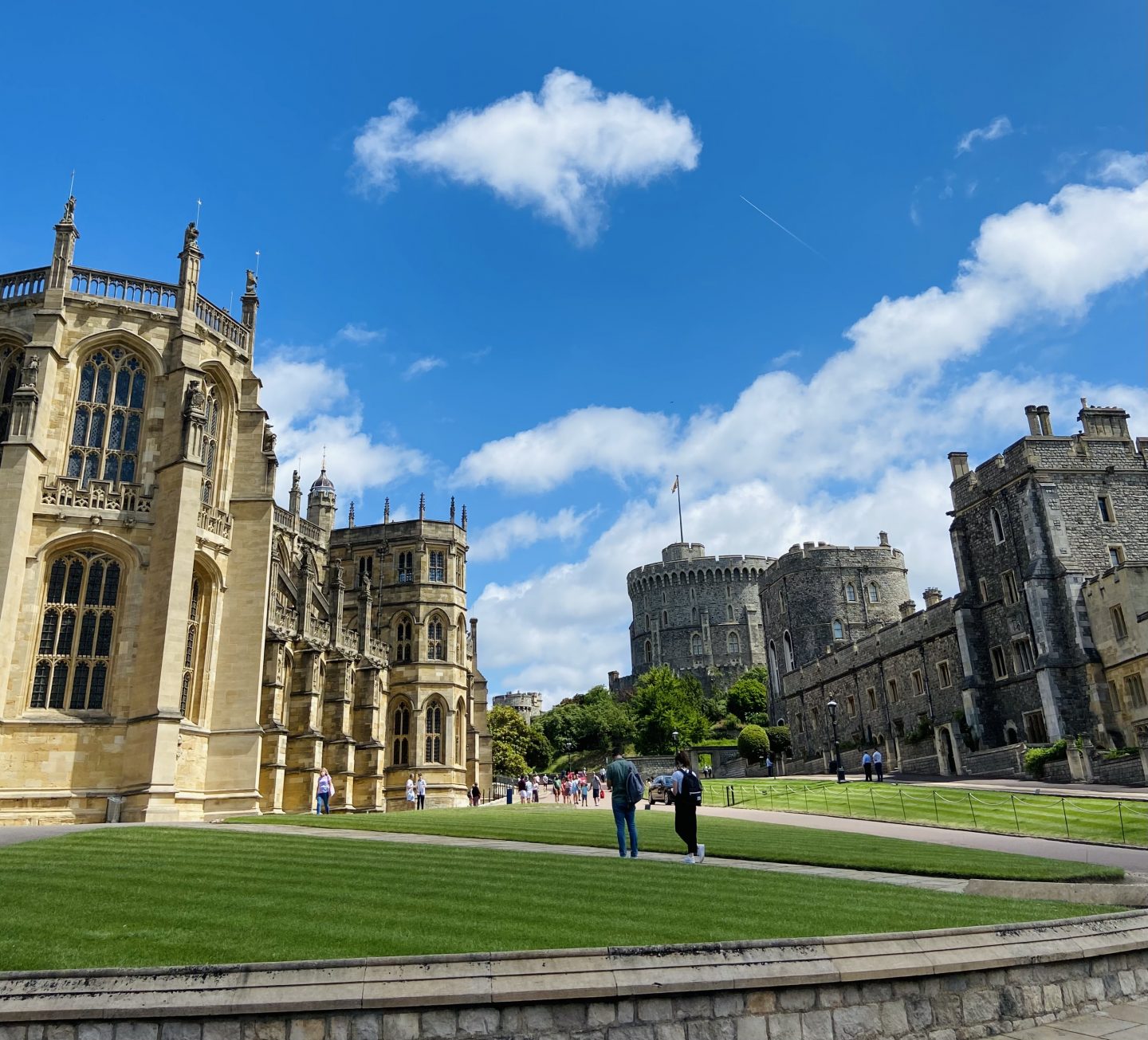 Our accommodation in Windsor

We were put up for the night in Windsor, very generously, by the aptly named Accommodation Windsor.

Accommodation Windsor has a wide range of self catering accommodation throughout the town – 45 properties in fact – ranging from small. serviced apartments through to a 5-bedroom guest house right in the town centre. They’re nearly all walking distance into Windsor, and their vibe is clean, modern home away from home. 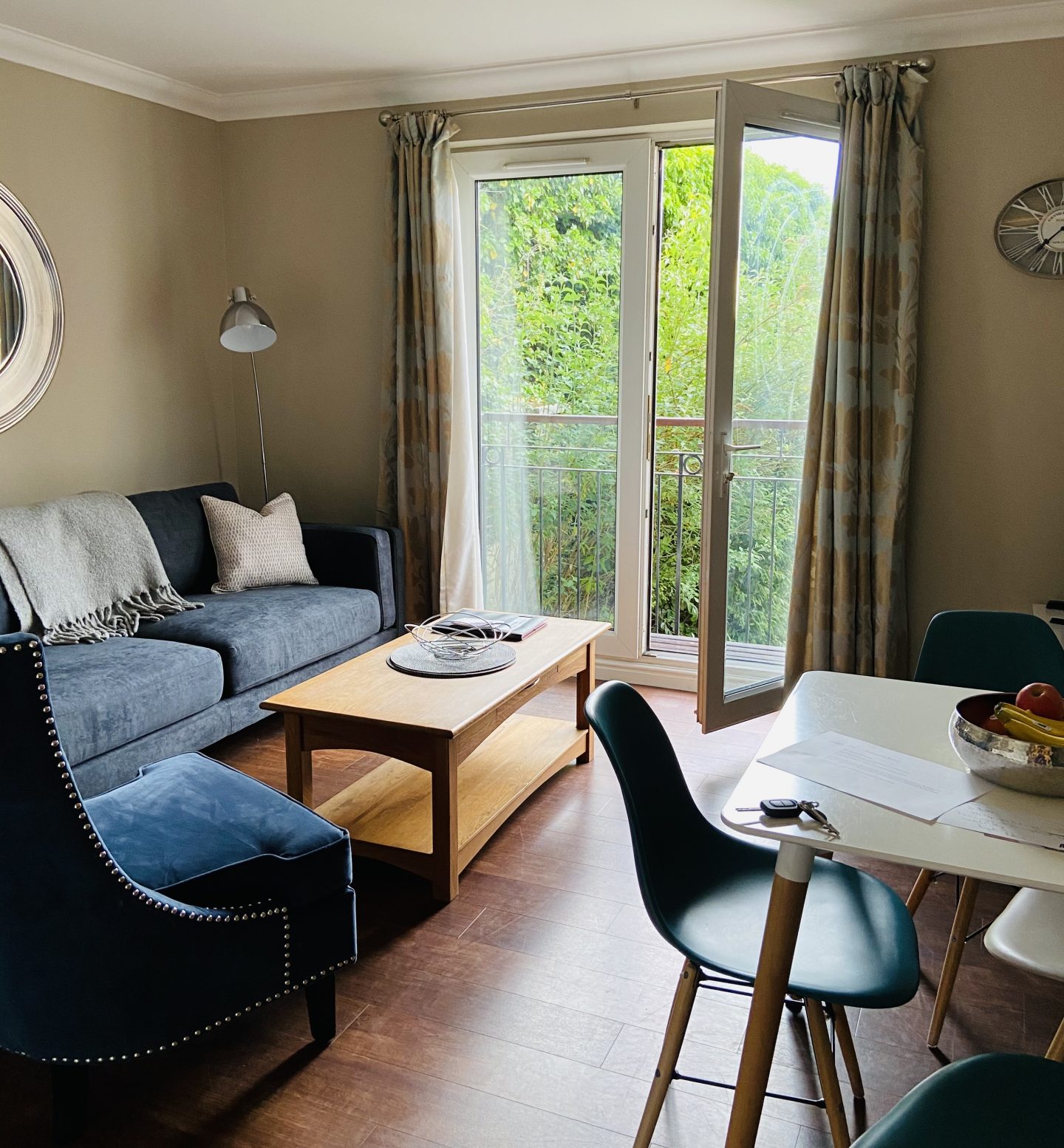 I have to say that I’m a big fan of self-catering when it comes to mini breaks.

Belle isn’t always a fan of eating out, or of unfamiliar places, and self-catering gives us the flexibility to be able to cook for ourselves or order takeaway if we’d rather. (We would always rather order takeaway. Remember when we spent one night in Bristol and had four Deliveroos?) It’s just much nicer generally as a family to be able to put the kids to bed in a proper bedroom isn’t it? Much better than in a shared hotel room where you then have to sit on the bed in the dark while they go to sleep. 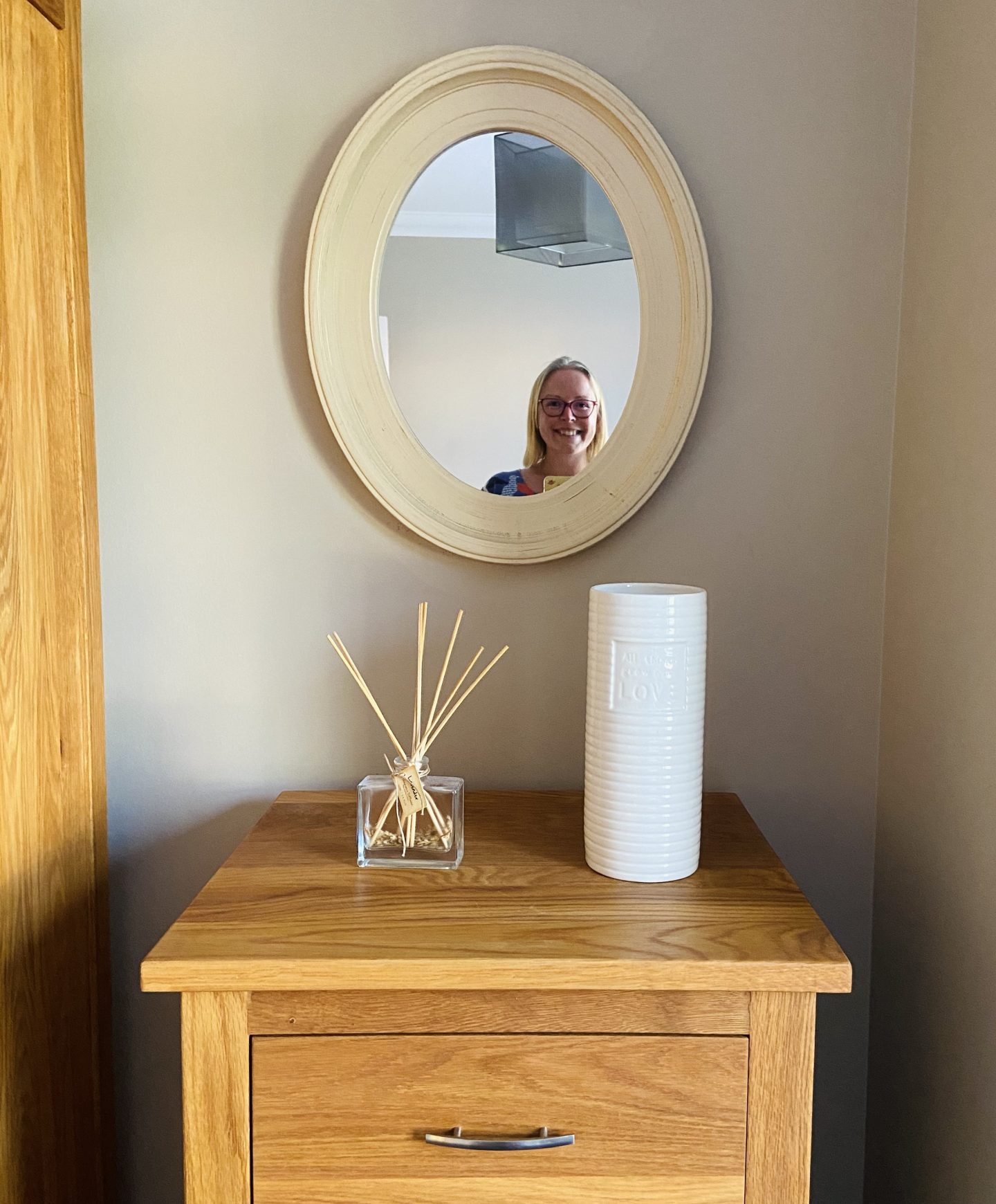 We had a two bedroom apartment and it had everything we needed, including two bathrooms, (one en-suite), which is more than we even have in our real house. If you’re looking for a base for a week away over the summer holidays then we can definitely recommend.

After we’d settled into the apartment we took a stroll into Windsor for a nose around before our evening activity – the Windsor Escape Experience.  After just five minutes walk at we came across not one but TWO Japanese restaurants, next door to each other. You know you’re somewhere fancy when you have two Japanese restaurants in the same street.

The walk into the town centre was really lovely actually – loads of independent shops and restaurants and plenty of pretty front doors too, which is always a bonus for me on a mini break. 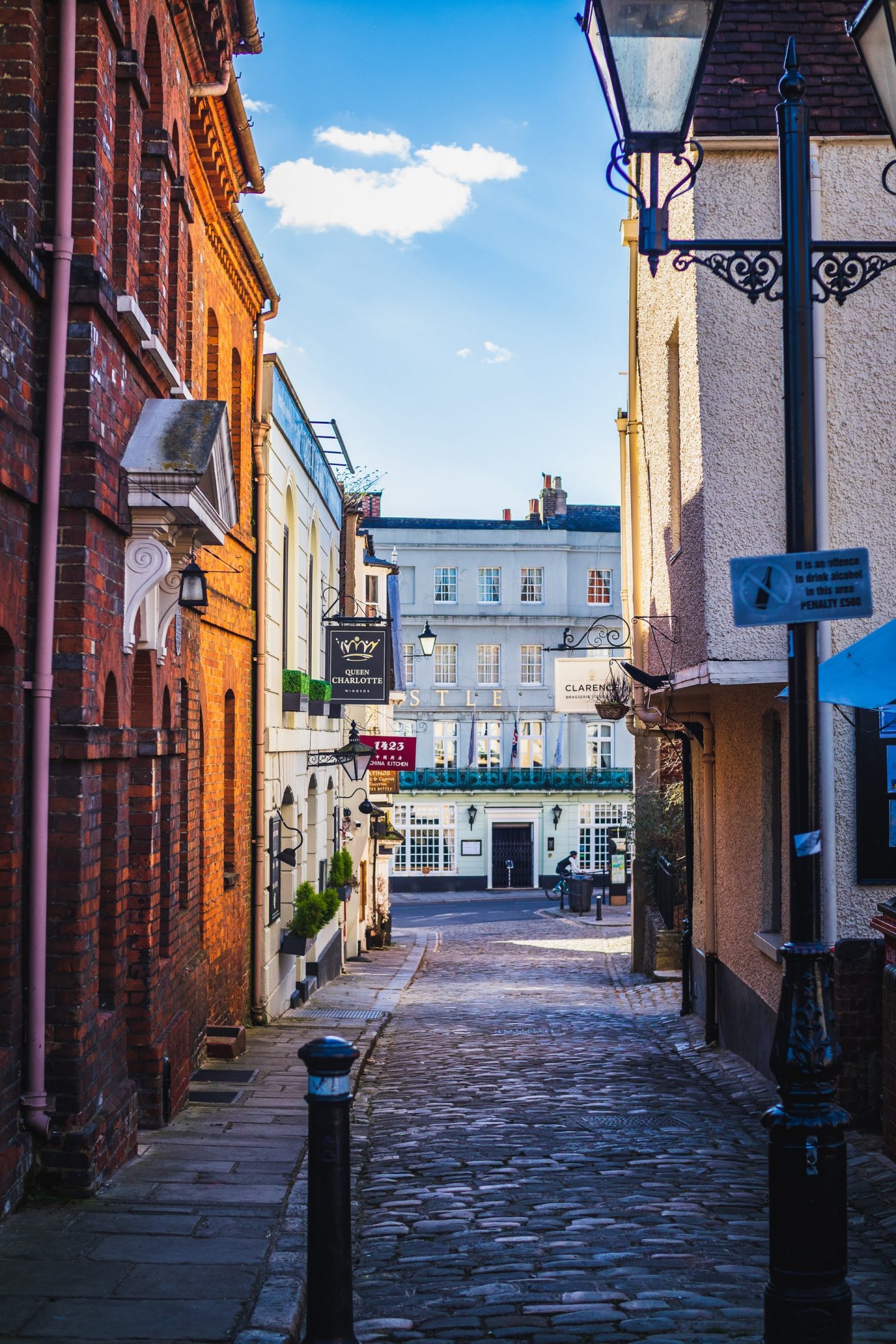 Windsor generally has some great shopping opportunities with plenty of cool antiques shops and art galleries as well as the independent shops and big high street names. One really lovely looking shopping area is Windsor Royal Shopping – over 40 top brands housed in a grade II listed Victorian railway station where you can still see Queen Victoria’s royal waiting room! Windsor Royal Shopping has an air of Covent Garden about it – chic and nostalgic all at once.

The Windsor Escape Experience is underneath Windsor Royal Shopping, which did cause us some confusion initially with the map, but we found it in the end. I always consider it a bonus to get slightly lost on your way to an escape room anyway, I consider it a warm up.

We did the Crown Jewels Heist escape room, and honestly, speaking as the escape room aficionados that we are, we LOVED it. It was so well put together, and a really good mix of puzzles, including some that were a little more physical than most of the other rooms we’ve played, which was really good fun. I won’t give too much away in case you want to go yourself, but I did roll across the floor under some laser beams at one point.

OBVIOUSLY we came top of the weekly leader board because we have SKILLS.

(Also in my excitement to extract the sceptre from the safe I *may* have broken it. I can only apologise.) 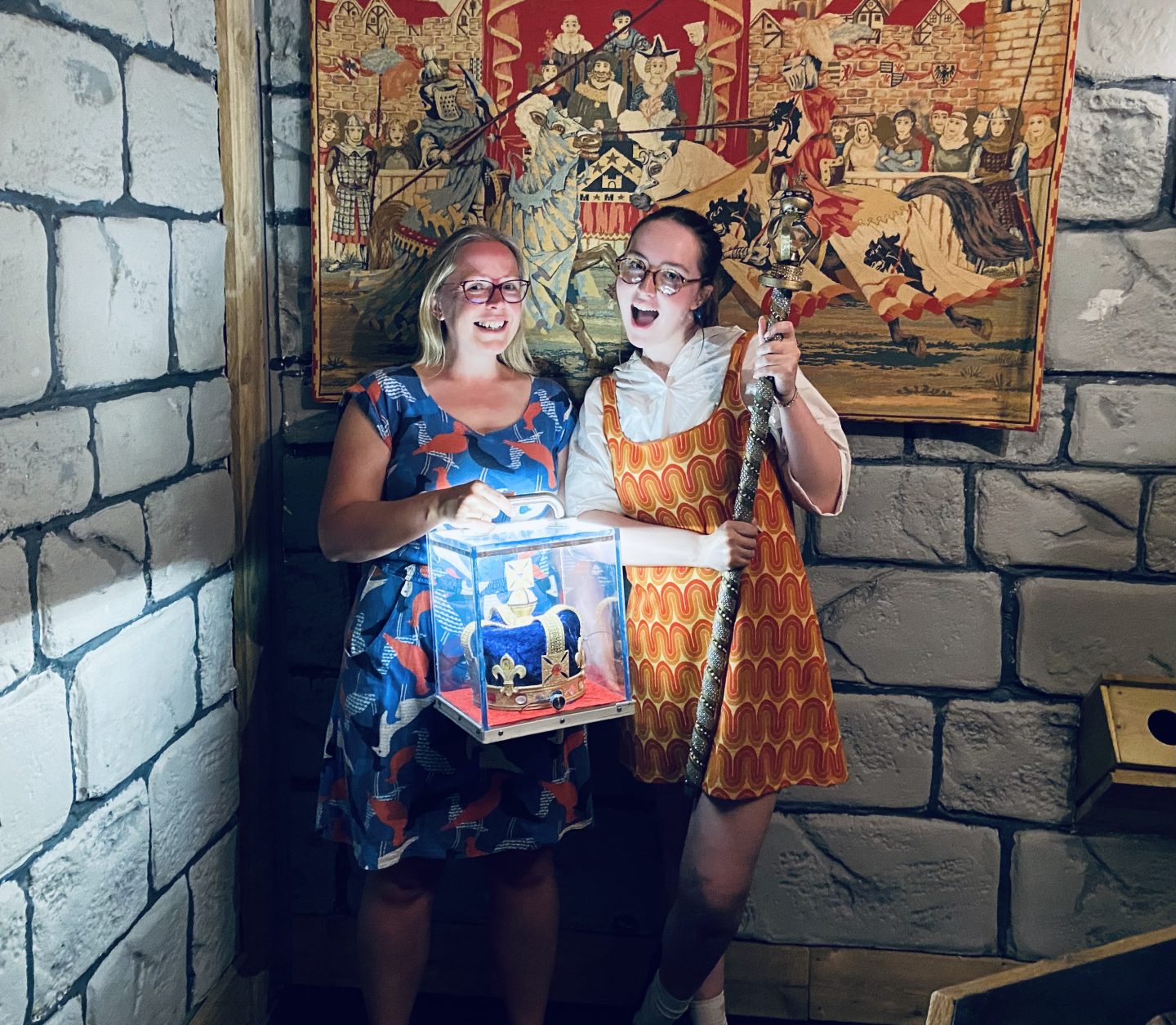 To say we were hyped after the escape room is probably an understatement. We normally come out of escape rooms absolutely buzzing, telling each other which bits we think we did well and where we could have been even quicker if only we’d noticed X, Y and Z.

We headed back to the apartment to celebrate with some takeaway Japanese food. (Two next door remember??)

The next morning, after breakfast at the apartment, we headed into town for our trip to Windsor Castle. I’ve never been before, as we know, but it was everything you’d expect a royal castle to be and more. Basically everything is encrusted with gold  – it’s pretty spectacular.

You can read about the history of Windsor Castle here if you want to, but I want to tell you about my favourite bit, which is probably not something you’d know about Windsor Castle, or be able to see normally.

My favourite bit was in the Waterloo Chamber, where the royal family used to enact their own pantomimes. The Waterloo Chamber walls are usually lined with a series of portraits by Sir Thomas Lawrence but at the beginning of the second world war they were removed from their frames for safekeeping. To make the space more cheery, teenage evacuee and part-time art student Claude Whatham painted 16 ‘pantomime pictures’ to fill the frames. The pictures of pantomime characters were painted on the backs of rolls of wallpaper and glued directly onto the backboards of the empty frames.

After the war, the portraits by Sir Thomas Lawrence were returned to the Waterloo Chamber, and the pantomime pictures remained hidden beneath them. They have been revealed just once since the war, following the fire in 1992. During the recent closure of the Castle, the portraits by Sir Thomas Lawrence were removed for essential maintenance work and tada! There were the pantomime pictures. Because they’re glued right on the wood they can’t be removed and restored, but you can see them for a limited period at Windsor Castle right now.

Other things to do in Windsor

We had to head straight home after the castle, but if you have a bit more time then there are loads of other things to do in Windsor.

I’ve even got a handy map to help you find your way around the attractions I’ve included in this post.

Map provided by Wanderlog, a road trip planner app on iOS and Android

Windsor Great Park should be top of the list, with the iconic tree-lined avenue The Long Walk for impressive views of Windsor Castle. It’s 2.6 miles from the George IV gate to The Copper Horse statue on Snow Hill, where legend has it that Henry VIII waited for new of Anne Boleyn’s execution. 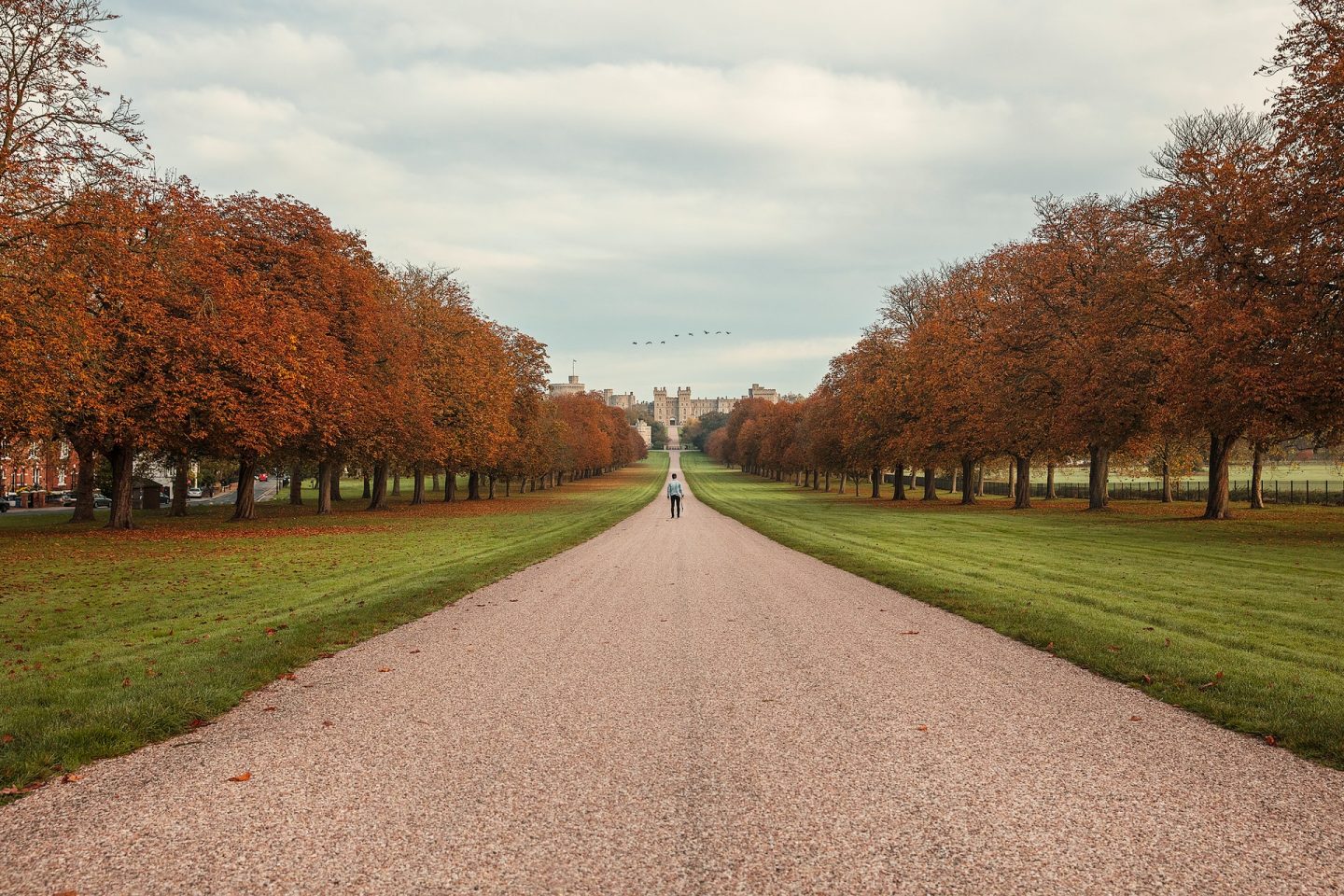 In fact Windsor Great Park has witnessed countless events throughout history, dating back to pre-Saxon times, from William the Conqueror using the landscape as a hunting ground to Queen Victoria entertaining on the shores of Virginia Water.

If you want to swot up before you go the park’s website has a great timeline feature, which tells the story of the park right through from the Battle of Hastings to present day. Be sure to look out for the park’s resident her of wild red deer while you’re there too. 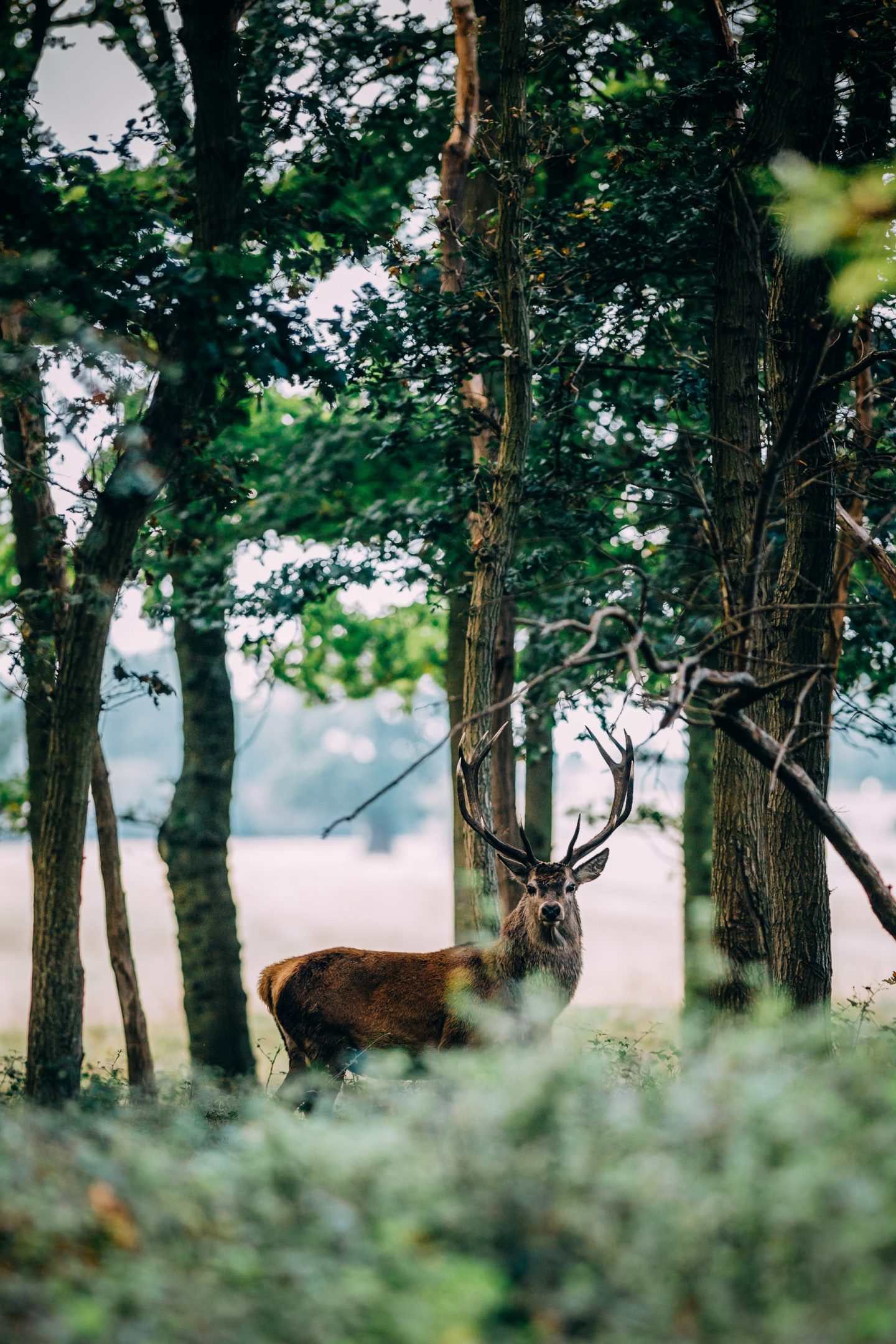 In September 2015 the Queen became the longest reigning monarch in history – 63 years and still going strong. In recognition of her achievements the Outdoor Trust created The Queen’s Walkway. The Queen’s Walkway is a self-guided walk following pavement plaques linking 63 of Windsor’s best attractions, parks, features and views.

We absolutely loved our mini-break in Windsor and I’m sure we’d have found plenty to do if we were there for longer – Ascot and Legoland are both nearby and there are just so many beautiful walks and places to visit in and around Windsor. If you’re looking for a UK family holiday this summer we can definitely recommend a stay in Windsor.

Find out more about things to do in the Royal Borough of Windsor and Maidenhead. 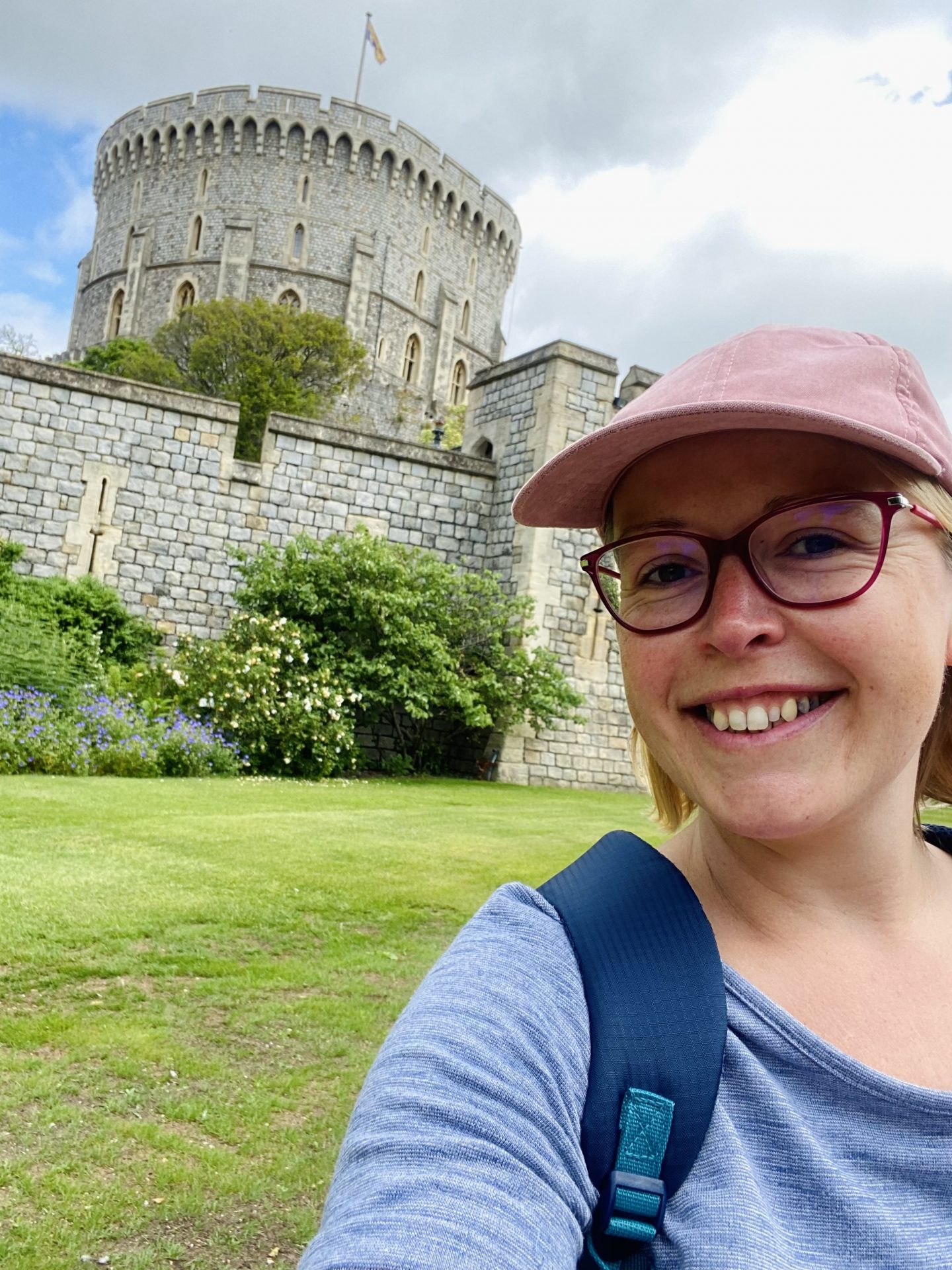 Disclosure: We were given a one night stay, the escape room experience and entry to Windsor Castle free of charge for the purposes of this review. All opinions are my own.