I have a confession to make.

After ranting earlier in the month about Gwyneth Paltrow and her insistence that lockdown was the perfect time to learn a musical instrument or build a house out of buckwheat or whatever it is she was bleating on about, I’ve taken the time, between staring out of the window and reading Poirot books, to start a new career.

I know, I know, I’m sorry, I’m letting the side down, but I promise that for 87% of the time at least I’m being unproductive in the extreme. This week for example my main achievement has been to take all of my books of their various shelves throughout the house to ‘sort them out’, at which point I lost interest, leaving piles of floor books everywhere.

It turns out though that I work best under some kind of financial pressure, as I proved back in 2009 when I panic-started my blog. In that spirit, with blog projects distinctly thin on the ground and my (previous) income disqualifying me from any government help for freelancers, I decided to blow part of my savings on the first year of an interior design degree.

What can go wrong? 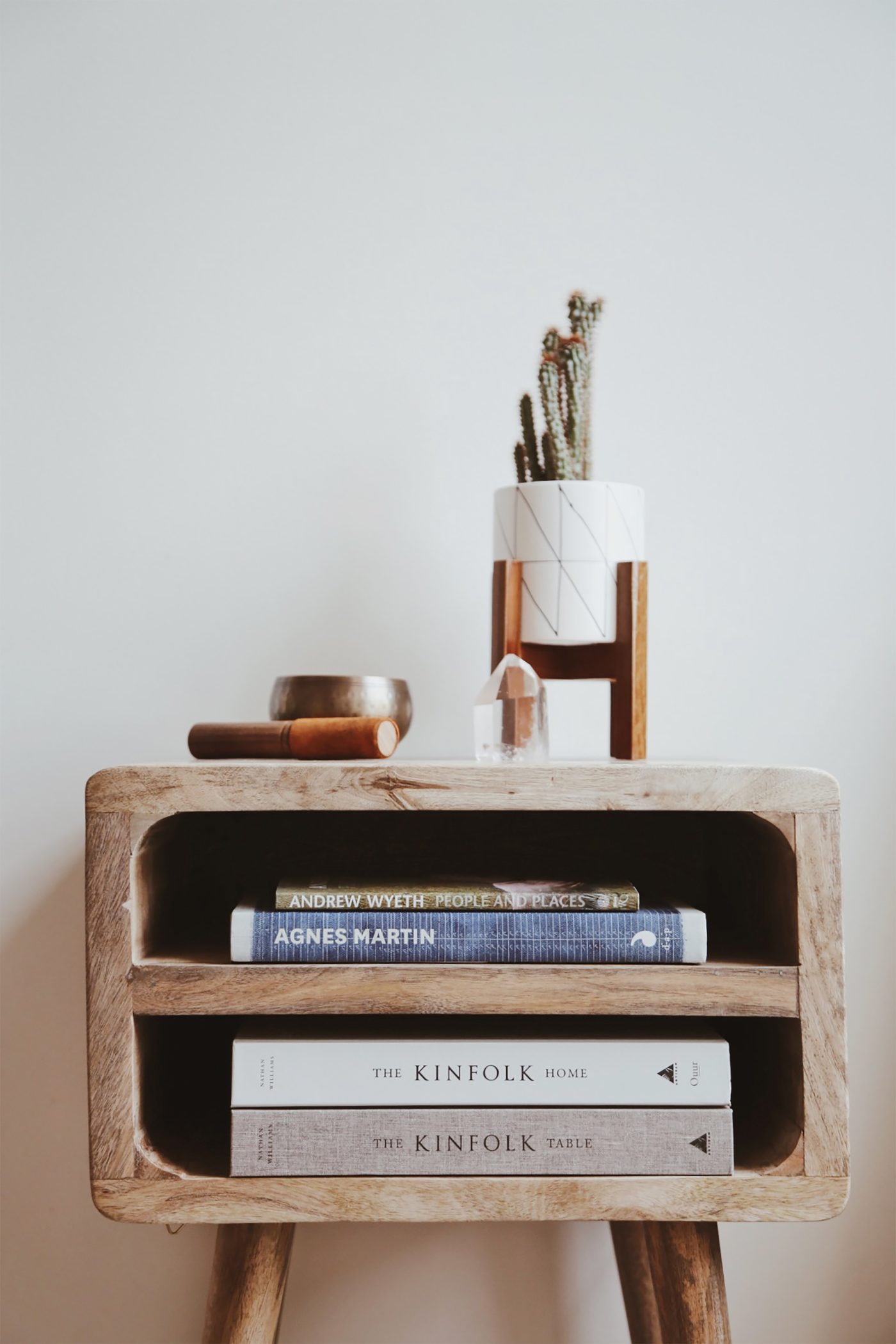 Just a matter of time now before every side table in my house looks like this.

It’s something I’ve wanted to do for years, ever since I busied myself as a (friendless) teenager making 3D models of my bedroom and experimenting with different furniture configurations. I was actually enrolled on an interior design course at my local college back when Belle was a baby, but then it turned out she had other ideas about being left behind and it never happened. What better time then to reignite the dream than in the middle of a global pandemic and financial crisis?

It is good timing for me personally I think, as I’ve been having this midlife unravelling for a while now and a new challenge could be just what I need to get myself more motivated about things. I really enjoyed my first assignment, which involved actual cutting and sticking, and I found it more absorbing than anything I’ve done in a long while. Unfortunately assignment two involves me going to someone else’s house to do a site survey and sketches, which has ground things to a bit of a halt, but for now I’m lounging about with Livingetc magazine, making Pinterest boards and listening to The Great Indoors podcast, pretending it counts as homework, so it’s all fine.

I also spent a very happy couple of hours in bed yesterday morning on the internet, ordering samples of tiles, carpets and wallpaper. I figure if I’m going to be a proper interior designer then I need to have one of those colourful studies full of scraps of gorgeous wallpapers and fabric swatches right? And also I need things to stick on my boards, because the boards are really what I’m here for.

I want to be able to go and meet a client, (I’ll be dressed in some kind of floaty linen outfit with big chunky gold jewellery), and to whip out my board and listen to them gasp at my brilliance.

It’s a whole new world for me as I’ve rented for most of my life and have never put up wallpaper or even bought a tile. I did have a small area of carpet fitted once, but that was just to replace the one that had been eaten in the corners by our house rabbit and I opted for the cheapest that I could get away with. 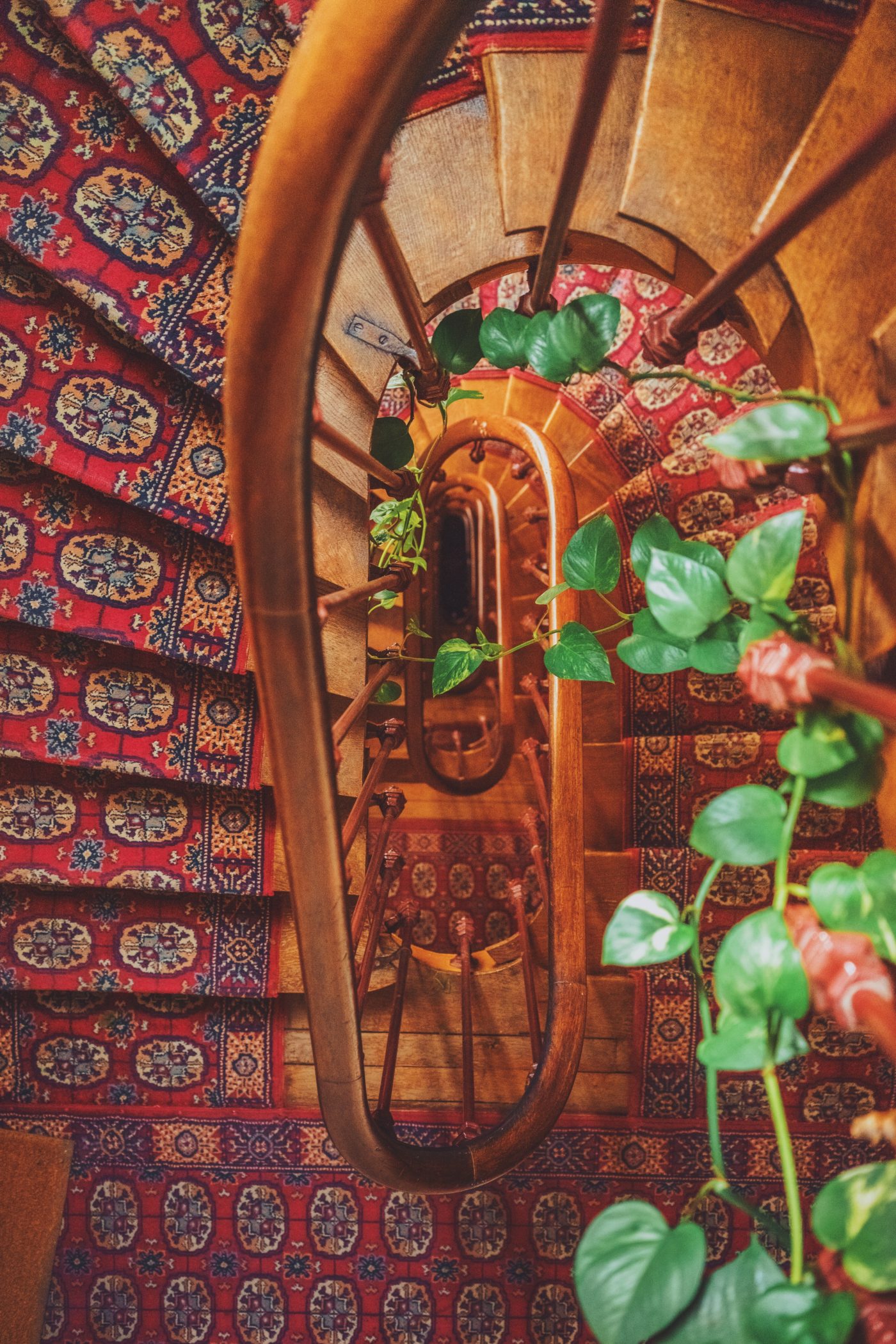 Not my kitchen, but isn’t this glorious?

I don’t think I even notice carpets normally, unless they are really extreme, like the brown cord carpet I had in a rented house when I was 19 that I swear induced actual depression. Or perhaps the white carpet in the AirBnB I stayed in in Lyme Regis where your feet actually sunk into it. That was a very special feeling.

I’ll be getting to know carpets now though for sure. Once I’m allowed out of the house to start assignment two at least.

Has coronavirus got you thinking about making any changes, big or small? Leave a comment and let me know!

Photos by avery klein and Alessio Lin on Unsplash