A few weeks ago I had brunch with my friend Nicky at The Weir in French Weir Park. It was one of those beautiful January mornings where little droplets of cold snot form on the end of your nose as you walk and you can’t feel your feet but it’s worth it for the way the winter sun hangs low in the sky and the crisp air fills your lungs and lifts your spirits. 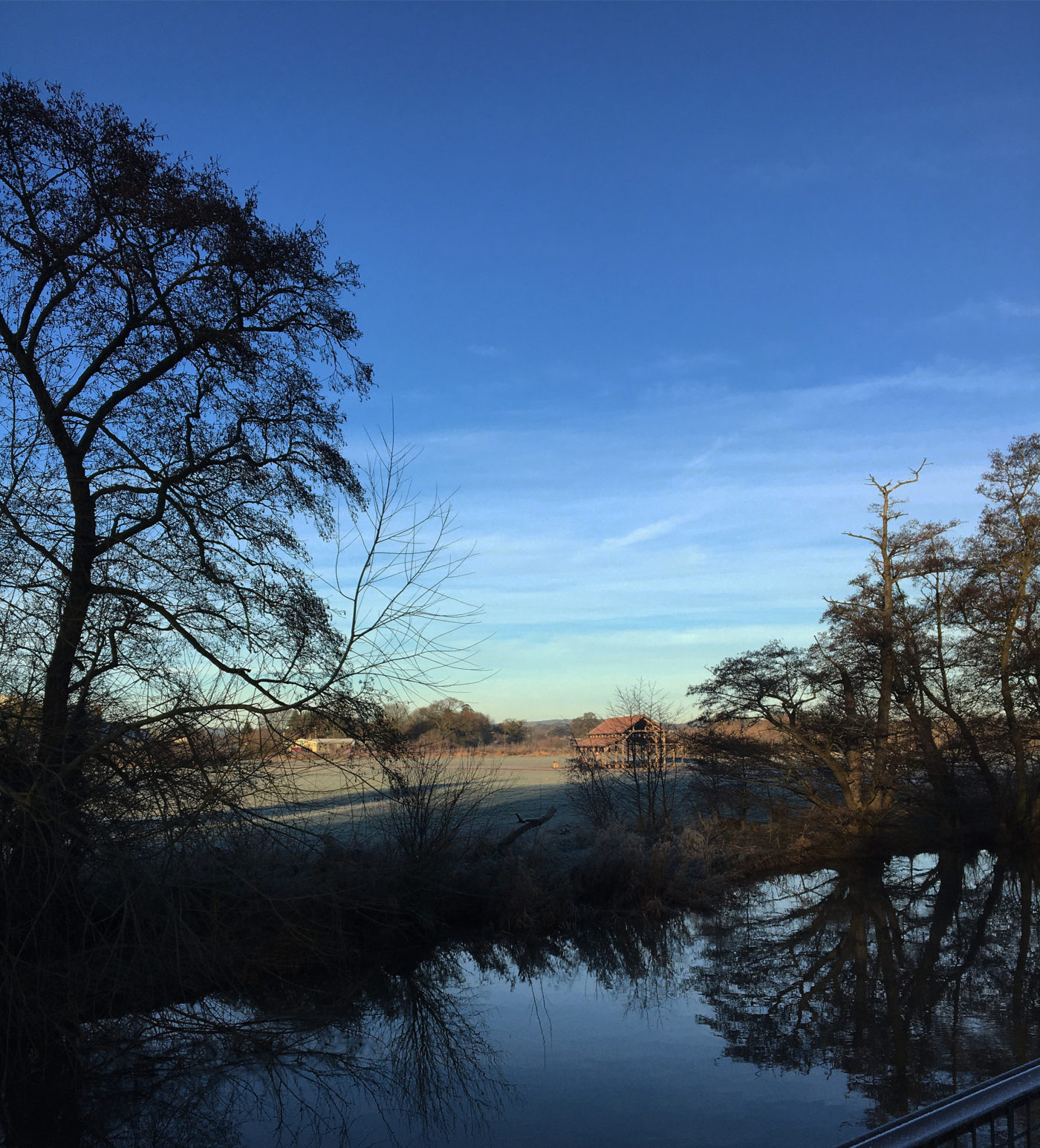 I’ve been to The Weir a few times before for coffee but never for food and I’ve been wanting to go ever since I saw that they do homemade baked beans on toast.

I have a bit of a soft spot for baked beans as it was pretty much impossible to visit my Gran and Grandad for any length of time and not be served them with slightly burnt toast and salty butter. If you got really lucky you’d get tinned beans and sausages with homemade crinkle cut chips. I don’t remember my Gran ever eating, just serving them to me and my Grandad, one tin between us, the eight sausages always divided out equally, never left to chance.

We had the slightly bad luck of turning up at The Weir at the same time as about 47,000 elderly cyclists. We did a lap of the park with Nicky’s dog while we waited for a table and then I had to pretty much shout Nicky the story of how I’ve bagged myself a new boyfriend, but it was worth it for the beans on toast. They were made with onion and red peppers and came topped with rocket and a poached egg so what with that and the park walk we felt pretty good about ourselves by the time we’d finished. 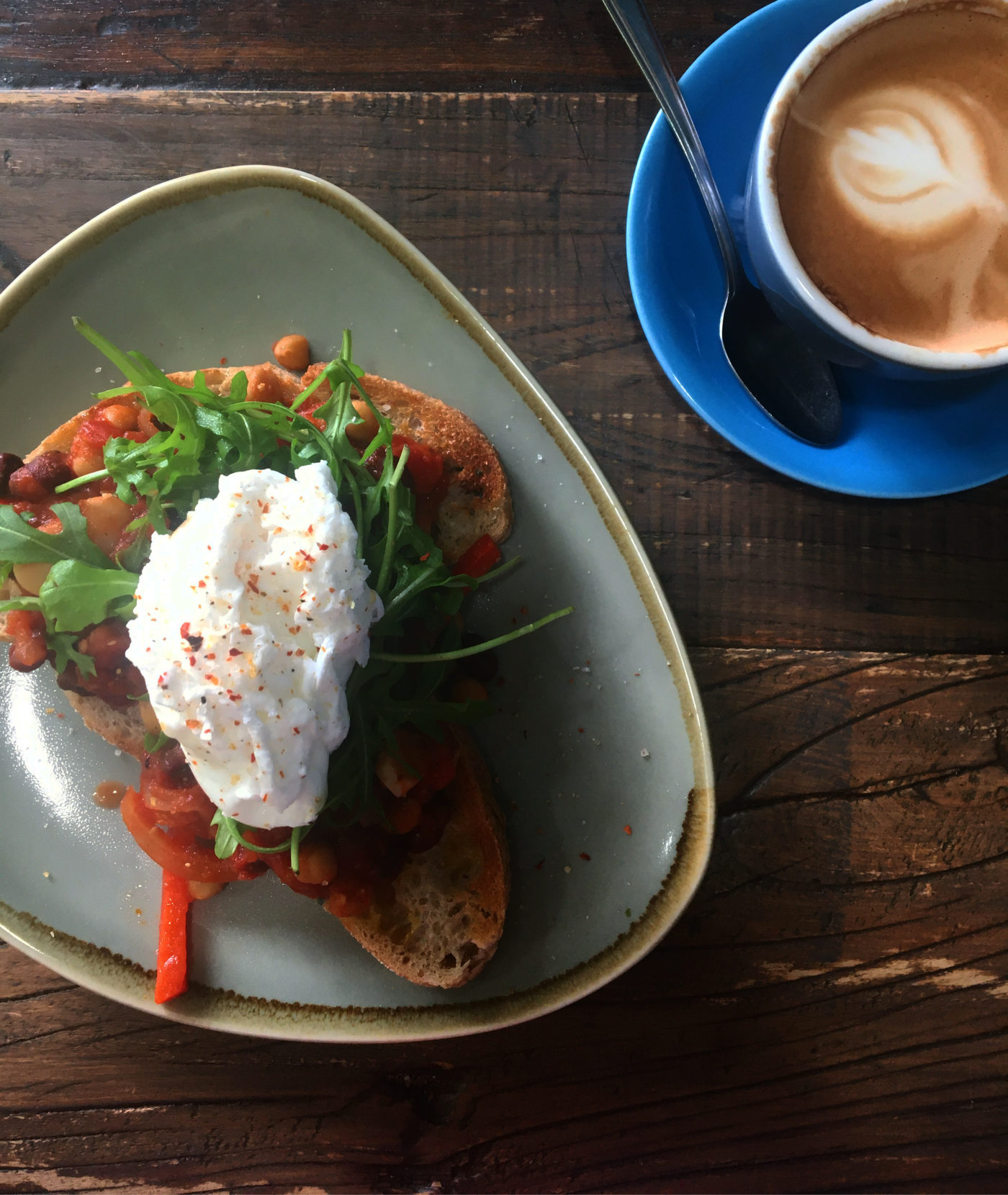 How to make homemade baked beans and sausages

To make my own baked beans and sausages I started by frying a sliced red onion, a sliced red pepper and a pinch of salt and pepper in a little olive oil. I did this gently just to soften everything up and give it all a bit of colour.

Next I added the homemade sausages.

You can make regular old homemade baked beans if you want to, I just happened to have some leftover sausage meat that I’d made sausage meat stuffing with, so I thought why not crank things up a notch? The sausage meat was just mixed with a handful of breadcrumbs, some finely chopped shallot, a little bit of chopped sage and some salt and pepper. Make mini sausage shapes and chuck them in the pan with the onions and peppers, turning them regularly until they’re evenly browned. 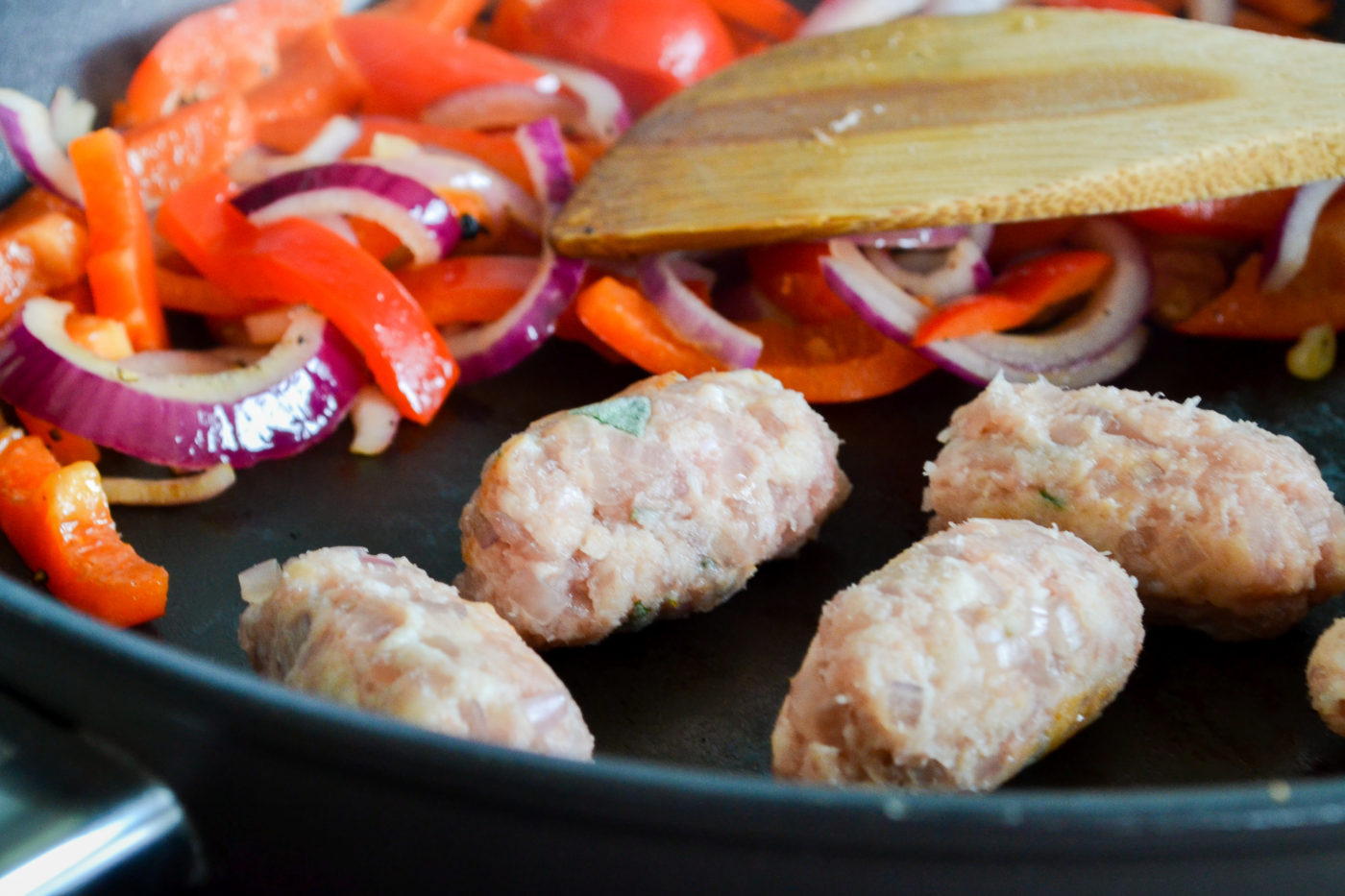 Once the vegetables are soft and the sausages are browned, add about a tablespoon of tomato puree and stir everything gently to coat. Then add a tin of mixed pulses, drained, and a tin of chopped tomatoes. Season with a generous amount of salt and pepper, a good splosh of soy sauce and a teaspoon of sugar.

Stir well and reduce to a simmer. Add a little water – maybe about 100ml? You want the beans to be able to cook down for a while, so you need a little extra liquid. Keep checking them for sauce consistency and adjust the seasoning if you need to. Some homemade baked beans recipes add things like smoked paprika but Belle has a bit of an irrational hatred of smoked paprika so I kept it simple. You can experiment with different flavours though – add some curry powder maybe and make homemade curried baked beans?

You could top your homemade baked beans with a poached egg but I just served mine on toast with real butter. I don’t think the toast was quite burnt enough to do my Gran justice but I’m sure she’d have been proud of me for having a go. 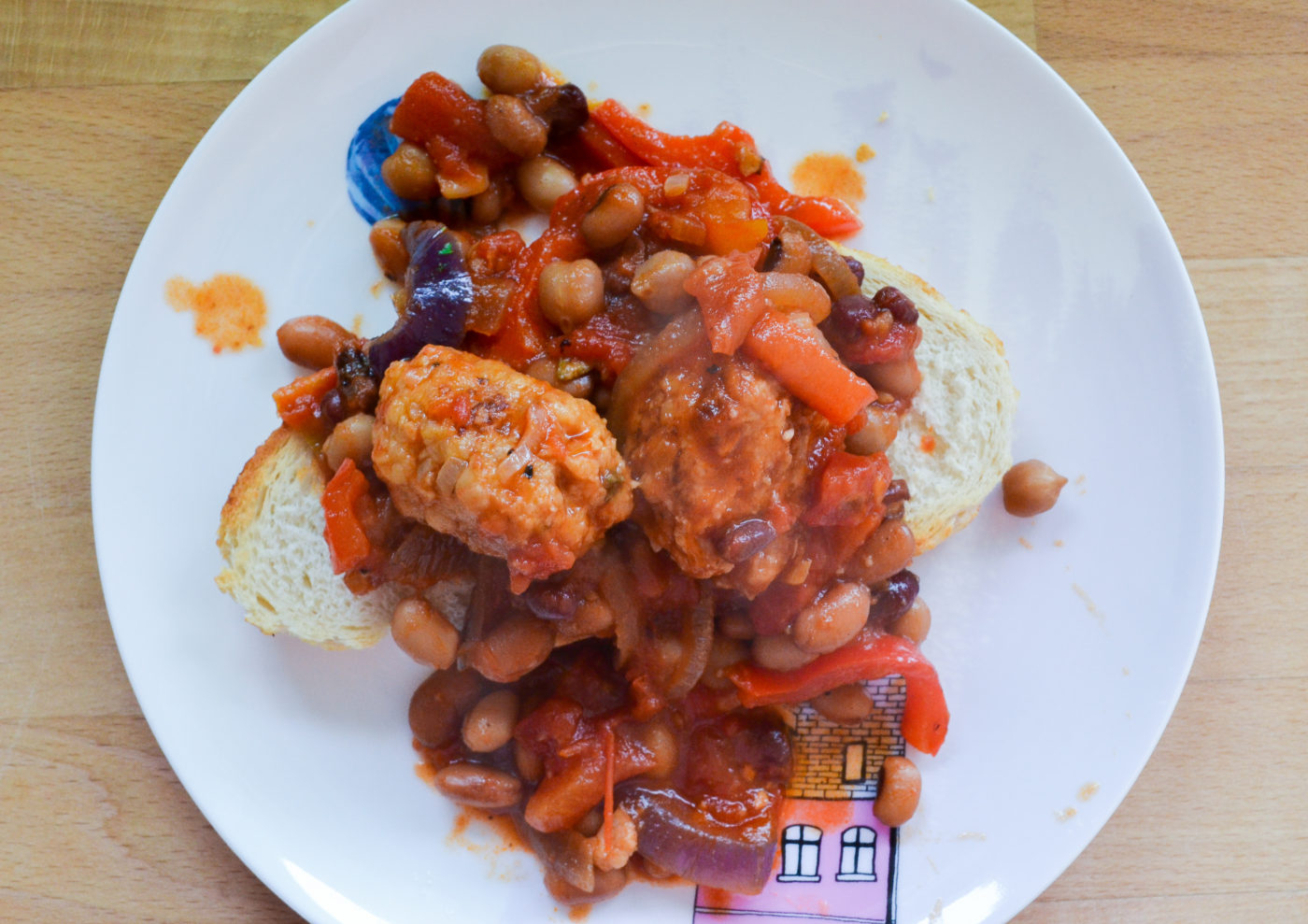