After last week’s very emotional story from the mum who doesn’t think having her kids was worth it, I thought it might be good to tackle a more practical parenting issue in Untold Stories this week – one of internet safety. This post, written for me by John at Dad Blog UK, looks not at how we as parents protect our kids at home, but how we manage online safety in the face of other parents, parents who don’t seem to care as much about keeping their children safe from harm. It’s an interesting angle on a much talked about topic and I’d love to hear your thoughts in the comments. (John was happy to have his name to this one, but if you’d like to contribute a story to this series then you’re welcome to stay anonymous.)

Is there an aspect of parenting I find ‘really difficult’? This was the question posed to me by Jo, the author behind Slummy Single Mummy and a blogger I have long admired, not forgetting she’s also a published author. [Flattery will get you everywhere John.]

Well, where do I start with this?

Finding a way to get my kids to eat with exemplary table manners? Dealing with friendship disputes? Stressing about secondary school applications? The list is endless. I worry about my kids all the time, but one issue has cropped up repeatedly and it’s cropping up more and more as my kids get older. The issue I am talking about is online safety and digital resilience. Having rules in our own house is easy. These are straightforward to put in place and keep on top of. It’s having to deal with the rules and standards that other families follow that presents a plethora of issues.

I am going to come out and say it; time and again I have found families not even following the most basic online safety rules. Unfortunately, many mums and dads don’t appreciate the impact this has on other children and the wider community. I struggle with this, I mean really, really struggle with it. Just when I think I have seen it all, I learn of another acquaintance whose child has had a nasty experience online and one that, more often than not, could have been avoided if they’d followed some basic online safety rules.

This is a sensitive subject within our household. A little while ago one of our kids was on the receiving end of some online bullying. When I looked into what was going on, I was horrified at what I discovered parents were letting their kids do online. There’s a particular social media platform (I won’t mention it’s name) that has a suggested user age of 13. I found that many of my child’s friends used this app and often with their parents’ blessing, despite being several years too young.

My child was introduced to a girl, we’ll call her Miranda, at the local athletics club. Miranda had a full, public profile and thousands of followers. At the age of nine, she’d regularly post content of herself with a full face of make-up and wearing short skirts. My child thought this was amazing and that she had a really cool friend. Alas, it transpired Miranda had been self-harming.

Was there a link between Miranda’s online life and her self-harming? I can’t honestly tell you, but I know Miranda got anxious about the number of likes and followers she had. I don’t think you need to be an expert to appreciate that if someone has an underlying anxiety issue, it probably isn’t a good idea for them to behave that way online, especially if they are so young. Added to that, I heard how other kids in the club spoke about Miranda. To her face they were all fine and dandy. Behind her back, they were unpleasant. It seemed they only liked her because she made lots of videos.

While investigating the online bullying of my child, I stumbled across the profile of another one of her friends using the same app. I had a casual word with the child’s mother. She’d never heard of the app and told me her daughter (10 years old) didn’t use it. Nothing like keeping a close eye on what your children are doing, hey?

Then we get on to the messaging services. These are popular with youngsters because of the group chat function. I’ve known them used in the most vicious way by primary-school aged children to bully other kids. This, despite the fact the better-known messaging apps have a suggested user age of 16 years.

Of course, the implications don’t have to be quite so serious. My daughter has a class group chat (I’ve not allowed her to be a member). Apparently, after Christmas 1,000 messages were posted to the group.

You just can’t expect kids to have the required levels of self-restraint not to reply to messages. An adult can’t deal with that level of interaction or that many messages (I mean come on, most of us are members of message groups for parents and we all know how daft they can get). How can a young child who is still finding their way in the world and with a brain that is still developing be expected to cope with it?

A while ago I saw a mum tweeting about an experience her daughter had. Her daughter was 11 years old and had been allowed to use another social media platform. “I know she’s not supposed to, but all her friends do.” I’ve paraphrased, but this was the unconvincing argument she put forward. She was complaining because a man had sent her daughter inappropriate messages. Let me get right in there and state this man’s behaviour was disgraceful. I’m not blaming the child’s parents for his behaviour. This child’s mother and father, however, should not have given their child access to the app and certainly not a public profile.

Another even less convincing argument I’ve heard is that you should allow your kids to use social media from a young age so they can learn how to stay safe online . When I say young, I mean primary school age. One individual told me this was the approach her family took before gleefully telling me about some of the videos her child had made and posted online. She was genuinely proud of what her child was doing. Not only was their child almost five years too young to be using these apps, but many of the videos broke Online Safety Rule No.1: In almost every video her kid was wearing identifiable school uniform.

Yes, okay, we are the first generation of parents to be handling this stuff. No other parents have had to help their children navigate the online world and my family has certainly made a few mistakes along the way and will no doubt make more.

I struggle, though, when I discover that yet another one of my children’s’ friends has been let loose on social media at such a tender age. Some parents seem complicit in trying to make their kids social media stars, some seem utterly oblivious to the risks while others just cave in because they don’t want the hassle of arguing with their kids or the hassle of monitoring what they’re doing online.

When parents give their offspring access to social media when they’re so young, it can lead to bullying. Kids who do have access to these apps sometimes end up bullying or making fun of kids whose parents take a stricter line. This is an issue we’ve had in our household but we’re retaining a firm line nonetheless. Until our kids reach the recommended age for using an app, they ain’t getting access to it.

I think there are many parents who just see the fun videos and think it’s all harmless. These are kids who are still developing face to face communication skills. Pre-teens are too young to handle the complexities of the online world. They need to be introduced to it and learn how to use it.

As a blogger myself, I know I have an advantage and am more familiar with social media than most other mums and dads. I wouldn’t expect other parents to have my knowledge. Even so, it really shouldn’t need to be explained to any parent that allowing a kid to post videos of themselves in school uniform is a bad idea. Pre-teens just don’t get the potential implications of what they’re doing.

Online safety and digital resilience are issues that us parents should be dealing with when our kids are teenagers. As a dad to a pre-teen, I’ve come to the unfortunate conclusion this is wrong. It’s very much a primary school issue and it’s become one because many parents are letting their kids get into this stuff too young. I think it’s desperately sad. The implications are very real and this is what I struggle with as a parent. 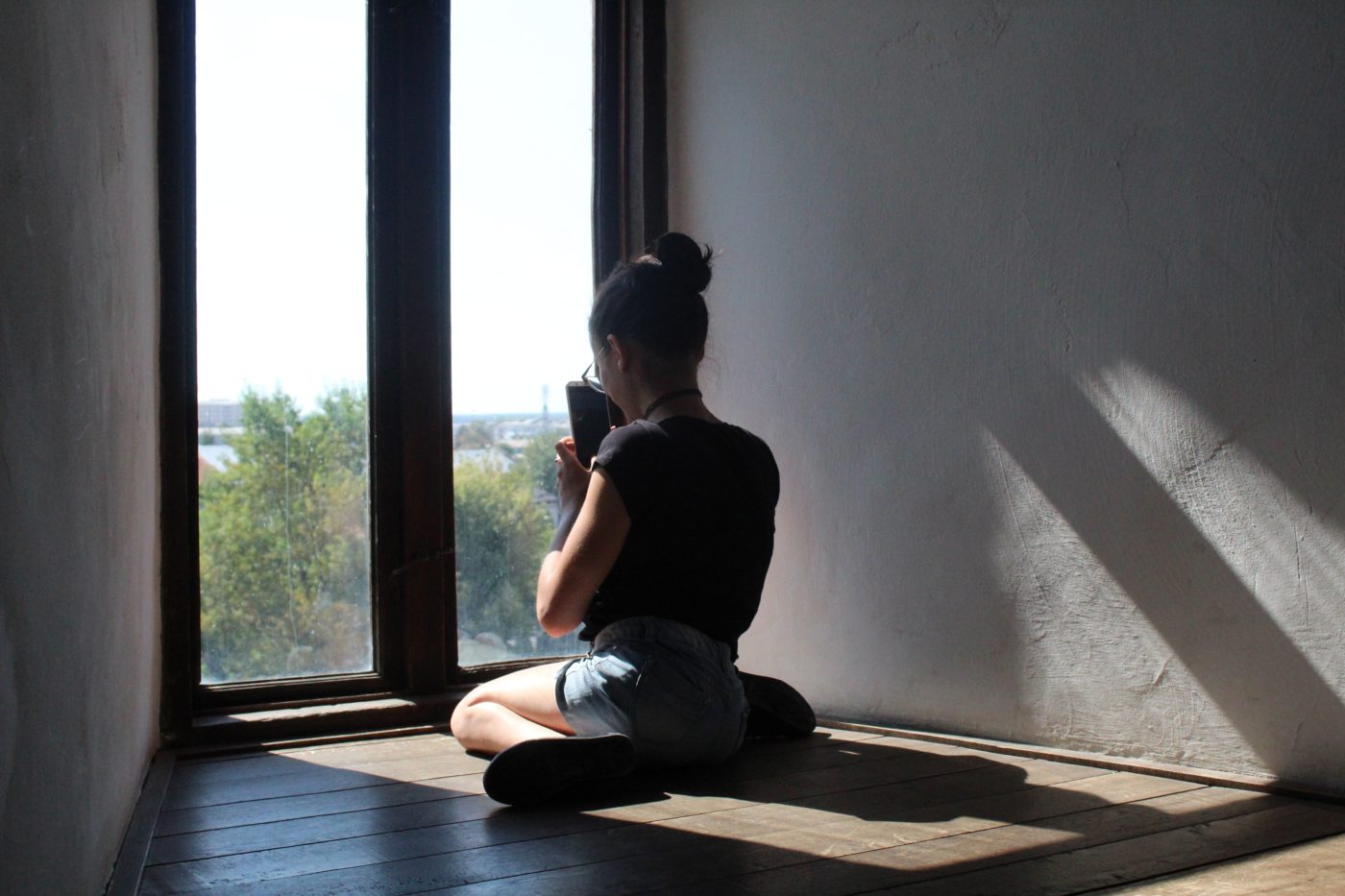