Following my post about my new Untold Stories feature I’ve already had several people send me their stories, which I’m really thrilled about. It means a lot to have you trust me with your thoughts so thank you! If you have a story or a concern of your own to share then do get in touch.

Today’s story is on a really interesting subject – that of children and weight. It can be a really tough one to talk about because there’s such an anti-diet movement at the moment, which is fantastic in a lot of ways, but there’s also a fine line between embracing your body as it is and still understanding the importance of eating good foods and treating your body well. With children it’s especially hard because eating habits and the stories we tell ourselves about food embed themselves from such a young age.

If you have any thoughts on the subject please do leave a comment, or share the post. I’d really appreciate any support you can show for this new regular feature.

Firstly, to be clear, I have no idea how much my children actually weigh or what their BMI is. I just know that since my husband and I separated, they’ve both gradually got a little plumper, to the point that I am now bothered by it. To complicate my concerns, when I raised the issue with my ex, hoping to create some joint rules and strategies about junk food, snacks etc, he responded that in his opinion, the children don’t look overweight, they look happy.

A bit of context – I’ve always struggled with my weight, and so has their dad. As a clever but overweight child, I was bullied and felt different and unhappy. As an adult I lost a significant amount of weight after the birth of my first child. I’m not currently completely happy with my weight but I am more accepting of my body than I have ever been. Knowing that this issue is triggering for me, I consulted a counsellor. At the heart of it, as much as I do worry about my children’s short term and future health, I don’t want them to feel unattractive and uncomfortable as I did for many years. And I don’t want people to look at my children and judge me as a mother.

It really bothers me that I can see rolls of fat on my children’s stomachs, but I also don’t want to give them a complex about their appearance, I want them to be body positive. The older one is starting puberty and someone else mentioned she had a bit of puppy fat. It’s very hard when she complains about her stomach area to know what to say. She needs to understand that there is a correlation between what she eats and the health of her body, so I’ve told her that healthy choices of food will help keep her body a healthy shape, and that planking exercises will strengthen her core, but haven’t made any changes to the way I feed her. She gave up sweets for new year, which I was slightly concerned about, but didn’t discourage.

I know that we could eat more healthily but it’s like an assault course of different and changing preferences and fussiness! I’m also aware that I do still sometimes do things like offer food as bribes, rewards, treats or comfort, and I often make meal time portion sizes too big for the older one, which she can find intimidating. Despite having the best of intentions to gently set boundaries and promote moderation and healthy choices, the pressure of solo parenting as a co-parent often leads to me ‘giving in’. I hate thinking they might be hungry because they hated a school dinner or my cooking. I don’t want foods to be ‘forbidden’ so they end up eating them in secret or binging, but trying to restrict numbers of servings and portion sizes on snacks leads to complaints and even (only this afternoon!) tantrums. We’re also not as active as we could be as a family, especially in winter.

I’ve decided to just keep an eye on it, and hope that growth spurts and puberty do their thing, but the truth is that I’m scared to weigh and measure them and find out that there is a confirmed issue. I’m not sure I’m strong enough to set down firmer boundaries around meals and snacks, especially when I’ve not got another parent for back up. I also can’t impact what happens when they’re with their dad.

And I can’t help but wonder if I would feel this worried if my children were male? Would I identify as much, care as much about other people judging them or their looks being commented on? 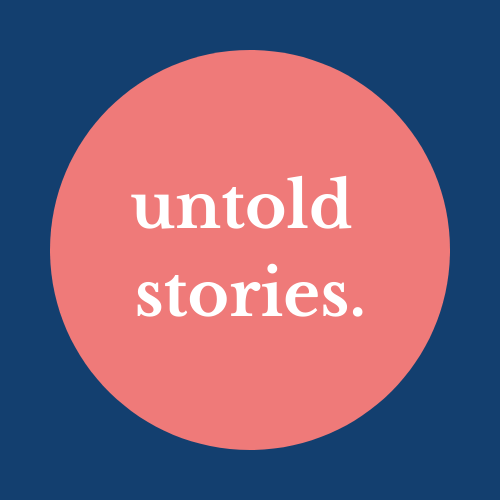