I’m not sure that ‘leader’ is the right term to use here really. I don’t ‘lead’ by any stretch of the imagination – I’ve been volunteering at my local Brownie group for a term now and, thanks to my top notch memory, I still don’t even remember any of their names. They don’t seem to have noticed though, and as long as I never have to take a register I think we’ll be okay.

Brownie helper? Is that better? That makes it sound like I might just be taking their coats – more of a concierge role. Let’s stick with leader. I do have a Brownie name after all. (Nightingale. Thank you.)

I know that I’ve joked about Brownies in the context of my midlife unravelling, and likened it to me almost auditioning for a role in the local production of Aladdin, but I actually love being a Brownie leader. When you’ve got used to living with teenagers, who aren’t exactly known generally for their zest for life, hanging out with a group of 7-10 year olds, who still get a thrill out of putting their hand up when they know the answer to something, is pretty uplifting.

They actually ENJOY STUFF! Like properly enjoy it, in a pure way, with a lack of self-consciousness that’s a lesson in itself.

This week we did circus skills and it was my favourite week so far. The session was led by circus man Steve, who was absolutely brilliant with them, and seeing them so engaged and interested was infectious. I found myself back in my primary school self, totally engrossed. My sole purpose became balancing that peacock feather on my finger so well that Steve noticed and praised me. 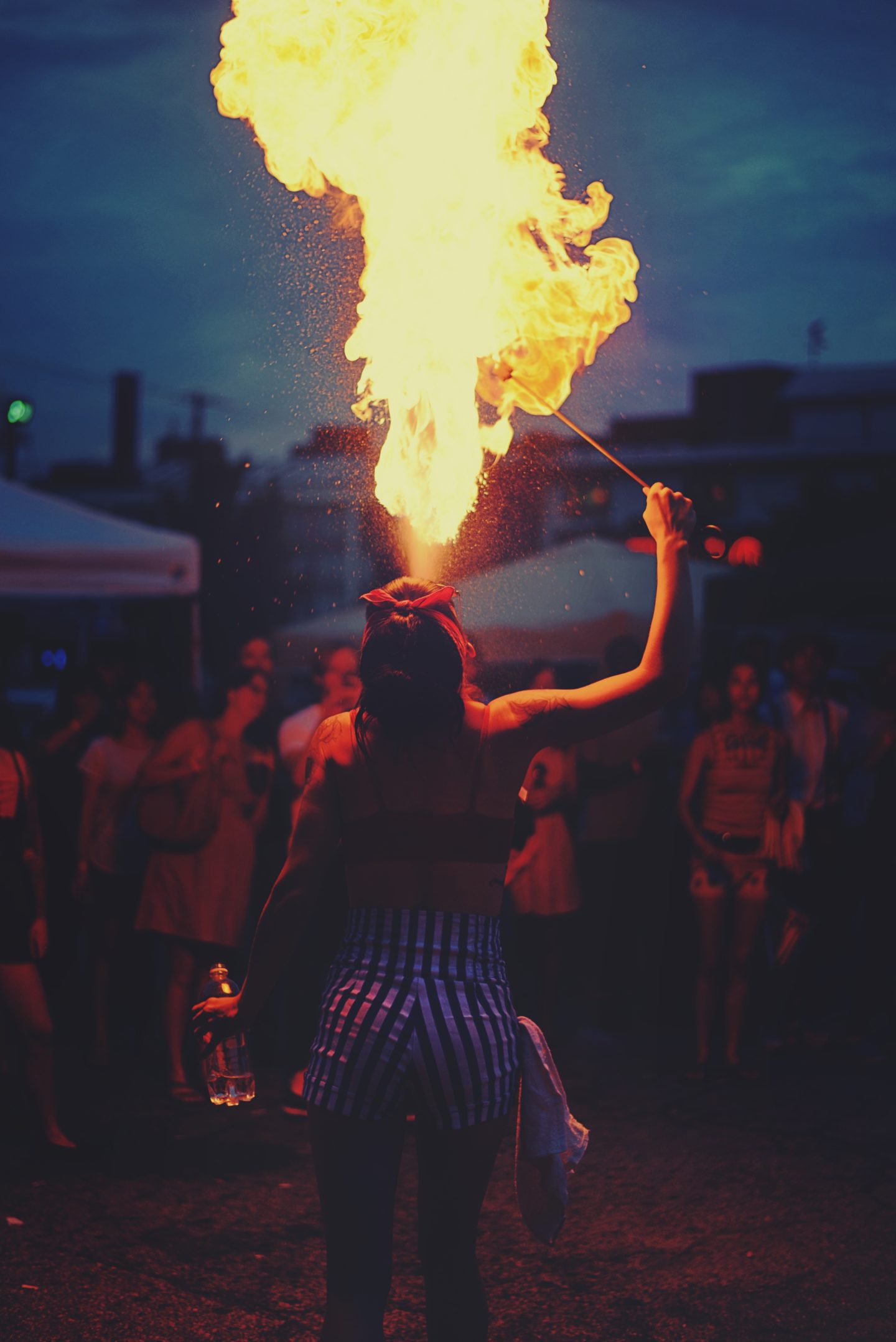 How I felt when I flipped a spinning plate in the air and caught it on a stick first time and Steve said I was wasted at Brownies and should join the circus.

We balanced feathers, we juggled, we threw diablos up in the air and most of all we had FUN. How often as adults to we do stuff that’s just fun? Not things that grown-ups are meant to find fun, like reading books or going to the opera, but really basic fun, like throwing something up in the air and catching it, or attempting to walk on stilts and then wobbling and falling off?

Steve pitched it so perfectly that there was always something that everyone could achieve. Even if you were hopeless, you could still catch a silk scarf floating slowly to the ground, and if you could do it with three, then good for you. Nothing felt impossible, and although Steve wowed them all with aspirational tricks, the hall was always full of excited shouts of ‘I did it!’ Small girls kept running up to me, bursting with pride – ‘Nightingale! I can do it! Watch me!’

They’d inevitably NOT be able to do it as soon as I was looking, but they didn’t mind, they kept on trying.

They were juggling, Steve was magical, anything was possible.

This post was in no way promotional but if you do fancy finding out more then the Girl Guiding website is here. Photo by Darius Soodmand on Unsplash