Pretty much every single time I put petrol in the car I look at the tyre pressure machine in the corner of the forecourt and think ‘I really probably should pump the tyres up’. Then I remember that I don’t have any cash, or that it’s pouring with rain, or that I can’t be bothered, and I pay for my petrol and drive away.

In the grand scheme of chores, keeping my tyres properly inflated ranks way down alongside ‘wash the inside of the outdoor bin’ and ‘fix that bit on the banisters where the screw keeps coming out of the wall’.

It’s silly really. I am a grown woman who owns a box of greetings cards for all occasions for Christ’s sake. I pay into a pension and I once made a hanging basket – I AM CAPABLE. I shouldn’t be neglecting jobs like tyre inflating, jobs that actually have an impact on things like safety and fuel economy.

I’m assuming this isn’t JUST me, which is why I agreed to test the Ring RTC1000 Rapid Digital Tyre Inflator AND managed to wrangle an extra one to giveaway as a competition prize. No more wistful stares across the petrol station forecourt for the winner of this sexy giveaway! 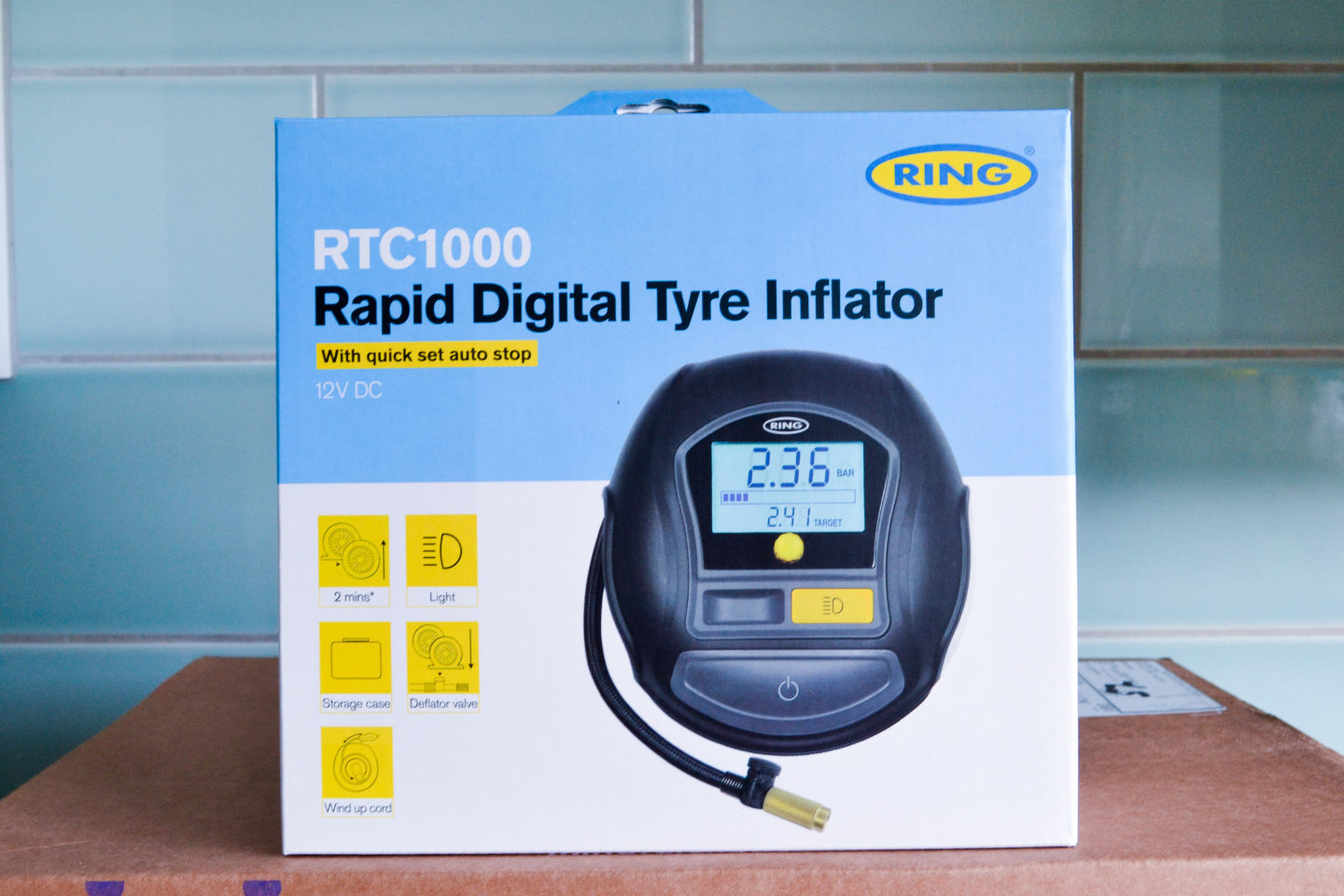 It’s a pretty straightforward gadget really, but let’s have a quick talk through what’s involved.

The Ring Rapid Digital Tyre Inflator – what you get

The Ring Rapid Digital Tyre Inflator comes with a handy fabric bag, so you can keep it nicely packed away somewhere useful like a garage or the boot of the car or, if you want to never be able to find it ever again, the cupboard under the stairs. 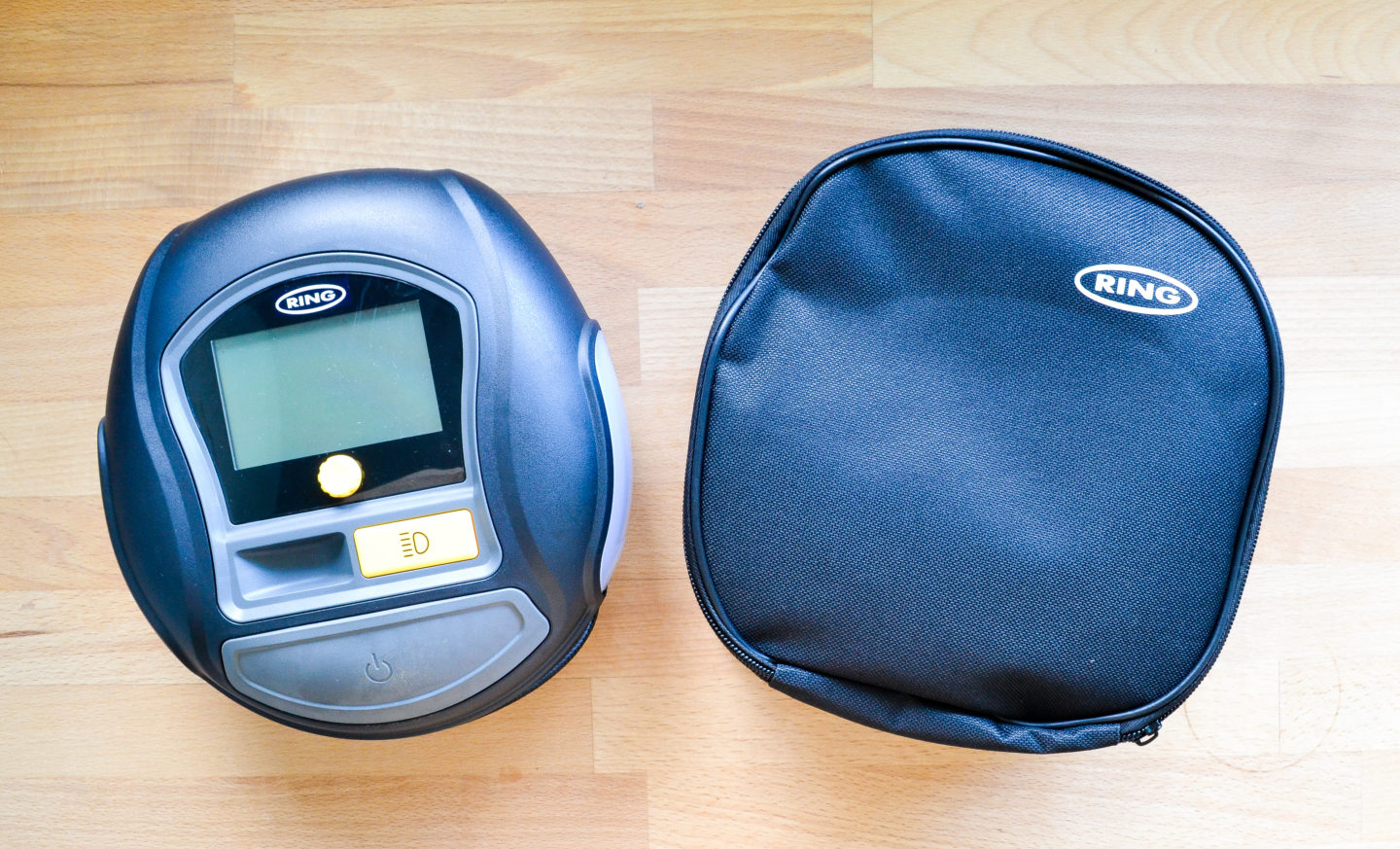 Coiled up neatly inside the main unit are two cables – one which powers the unit by plugging into that bit in your car where the cigarette lighter goes, (is this still a cigarette lighter in new cars?? It is in mine), and one that connects to the tyre for inflating purposes – the air hose.

The power cable is 3.5 metres long and the air hose is 70cm, so no matter how big your car is you shouldn’t have any problems reaching all four tyres. Both the power cable and air hose pack away neatly, so you never have cables flopping around getting in a mess. 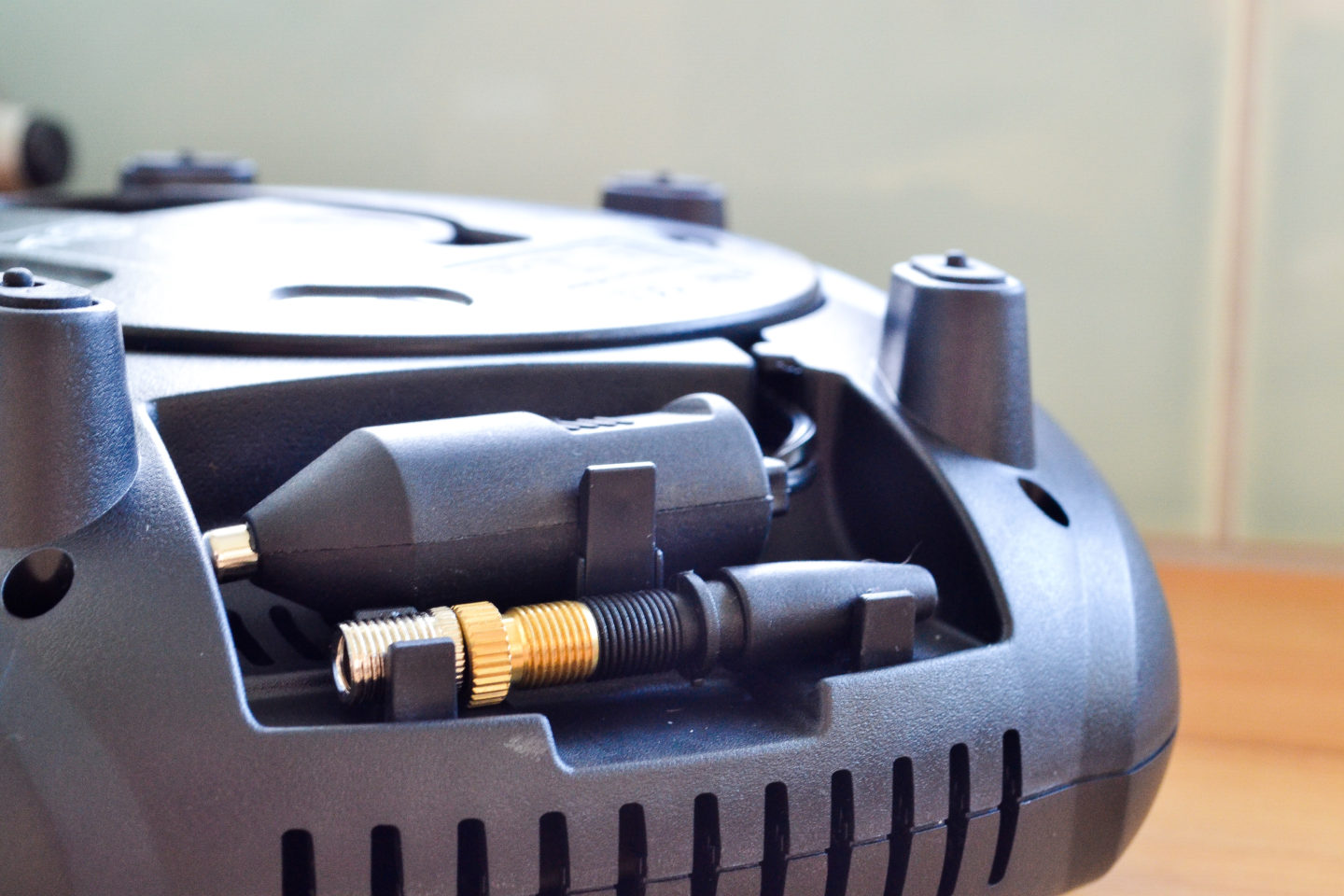 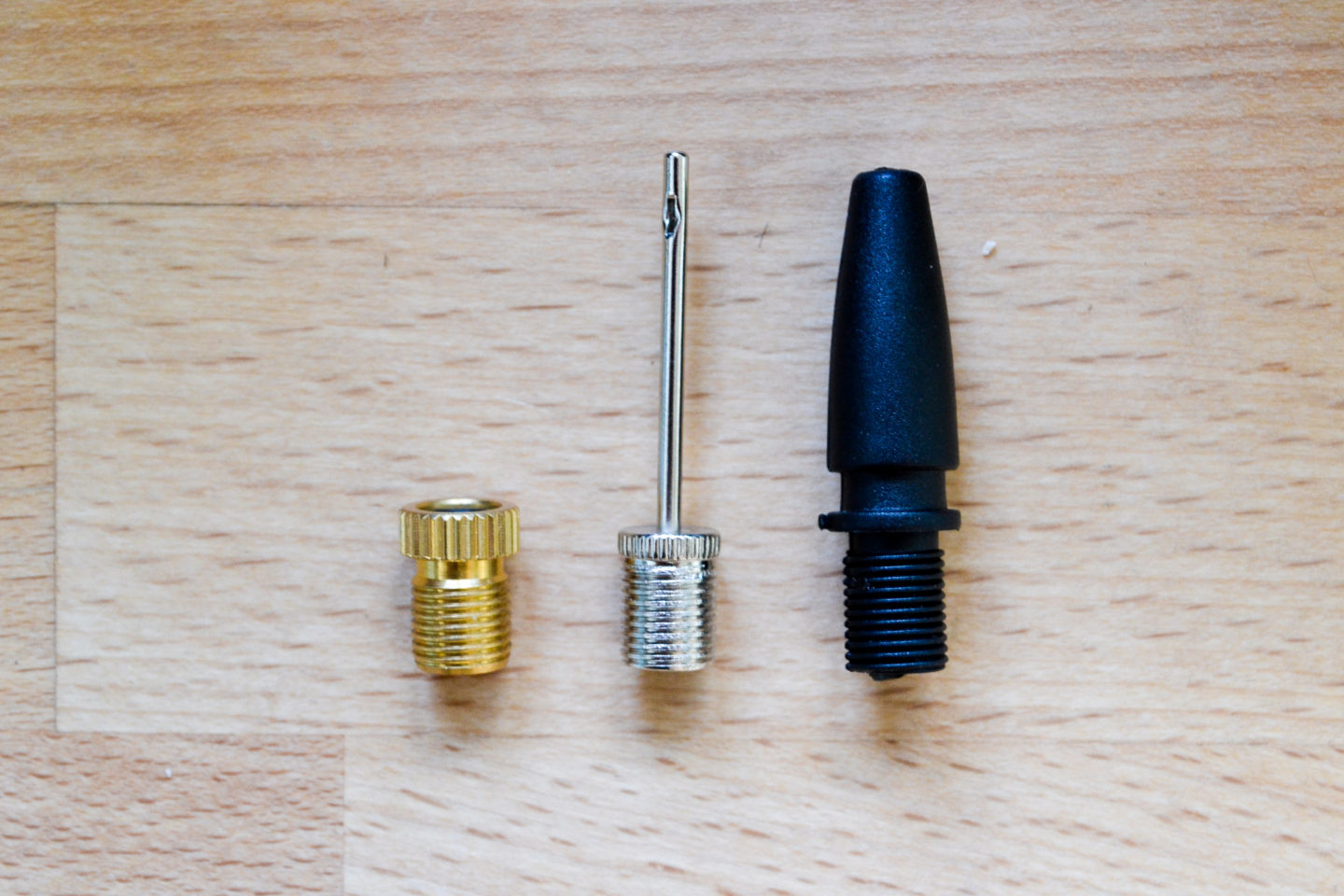 On the side of the tyre inflator there is also a light, so if you ever find yourself needing to inflate a tyre or a netball or something in the dark, you’ll be able to throw a bit of extra light on the subject, which is always useful. 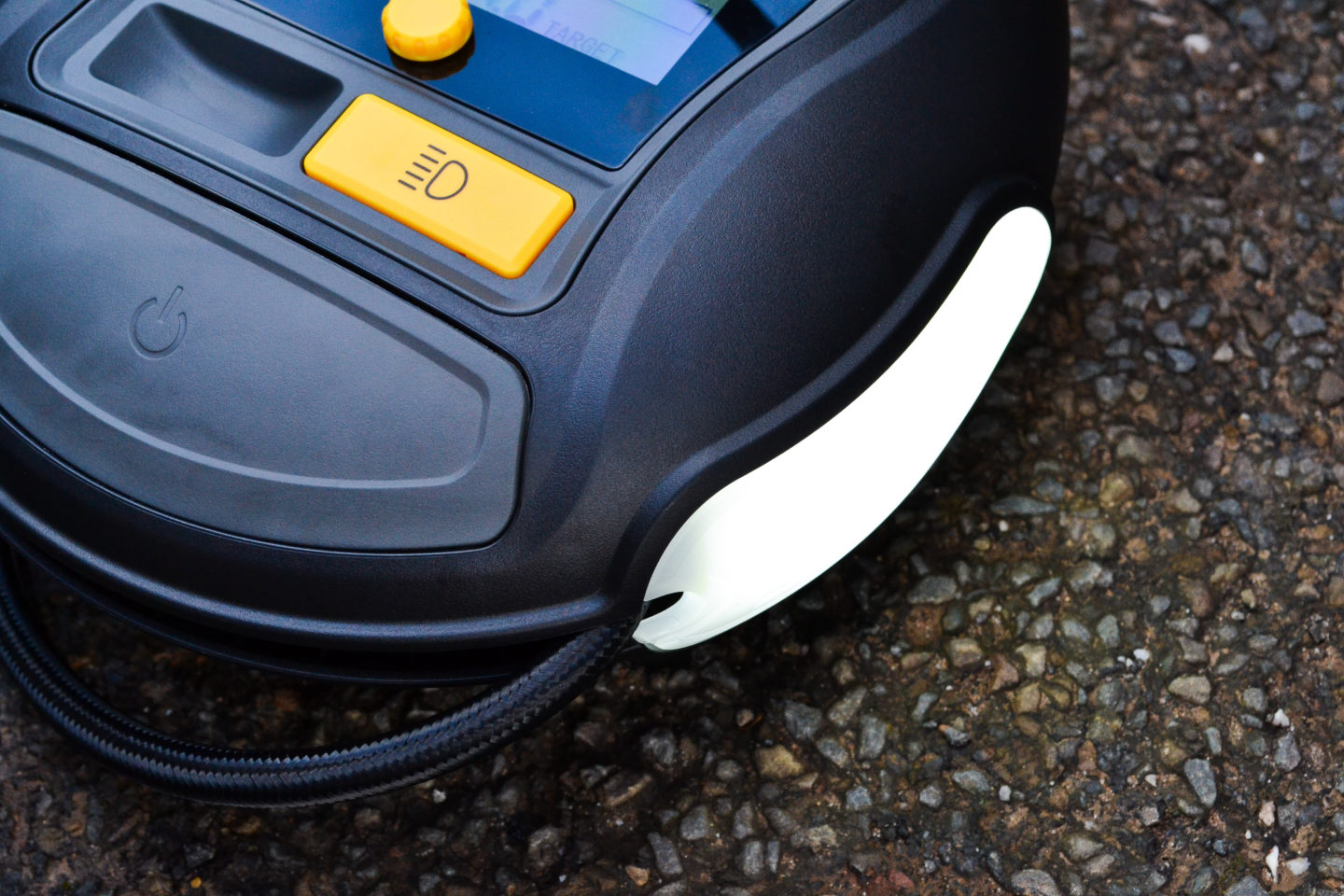 So that’s what’s in the box, now let’s take a look at how you use it.

The Ring Rapid Digital Tyre Inflator – how it works

The Ring Rapid Digital Tyre Inflator comes with instructions of course, but it’s pretty intuitive to use so you barely need them. Plug it into the car to power it up (keep the engine running to eliminate the risk of running down the battery) and you’re ready to go straight away.

Start by adjusting the target PSI using the yellow dial, to set the pressure you want to achieve. 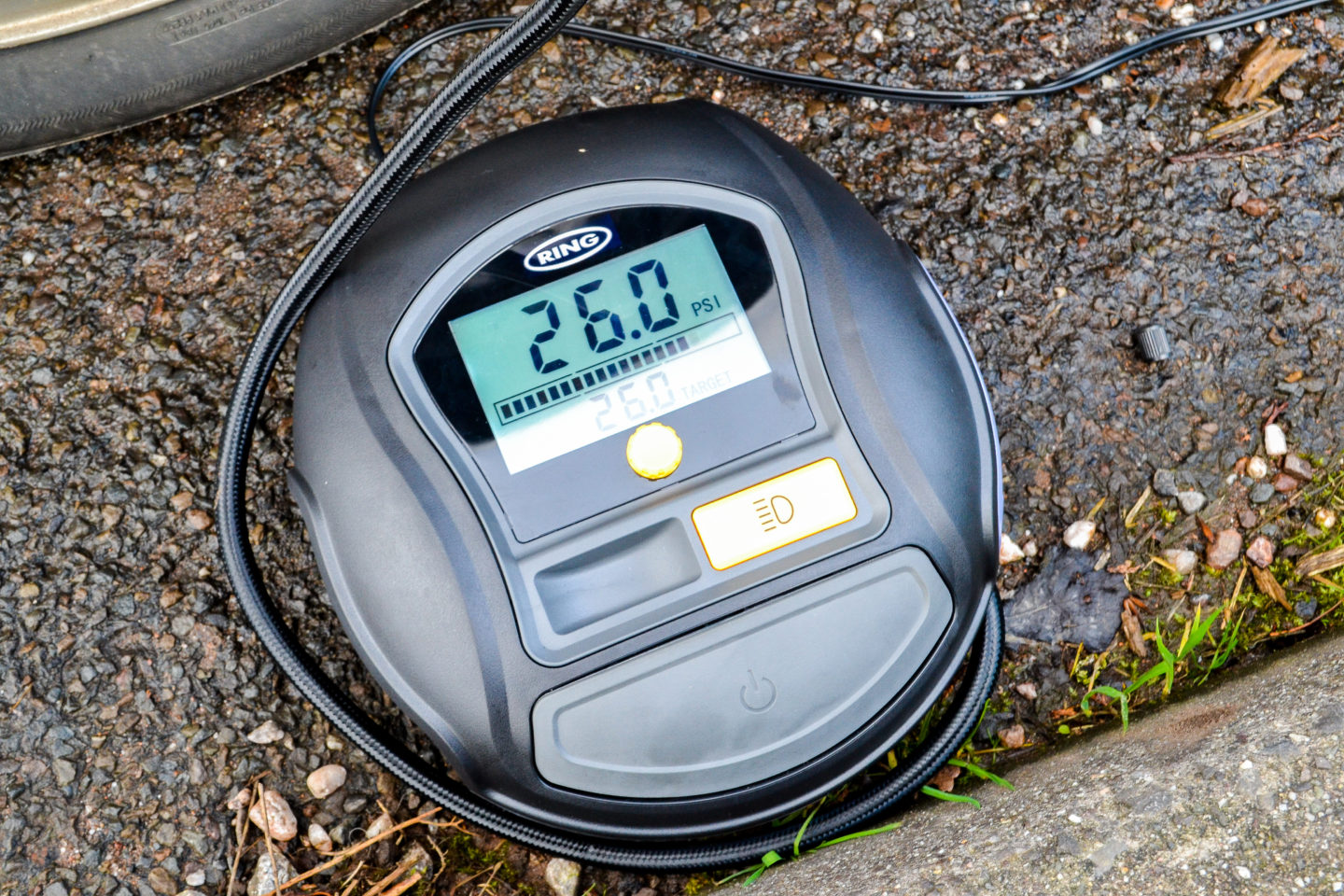 Then attach the air hose to your tyre. The nozzle has a valve for letting out extra air should you find your tyres are over-inflated.

Press the power button, and the digital tyre inflator sets to work. It claims to be able to inflate a tyre in less that two minutes, and I found that just topping up my tyres to the right pressure only took a matter of seconds. The machine switches itself off automatically when it gets to the required pressure and remembers your setting for the next time. 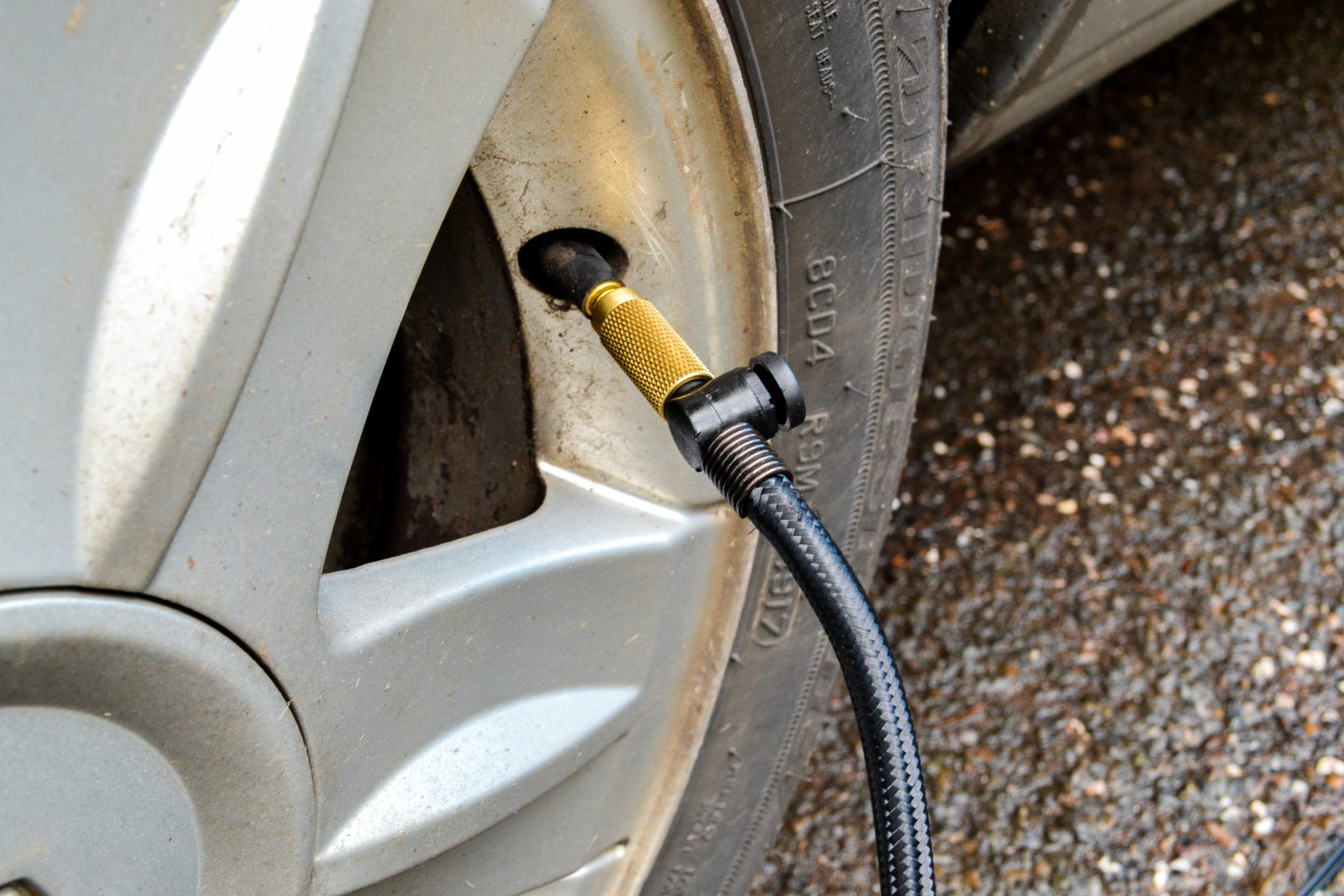 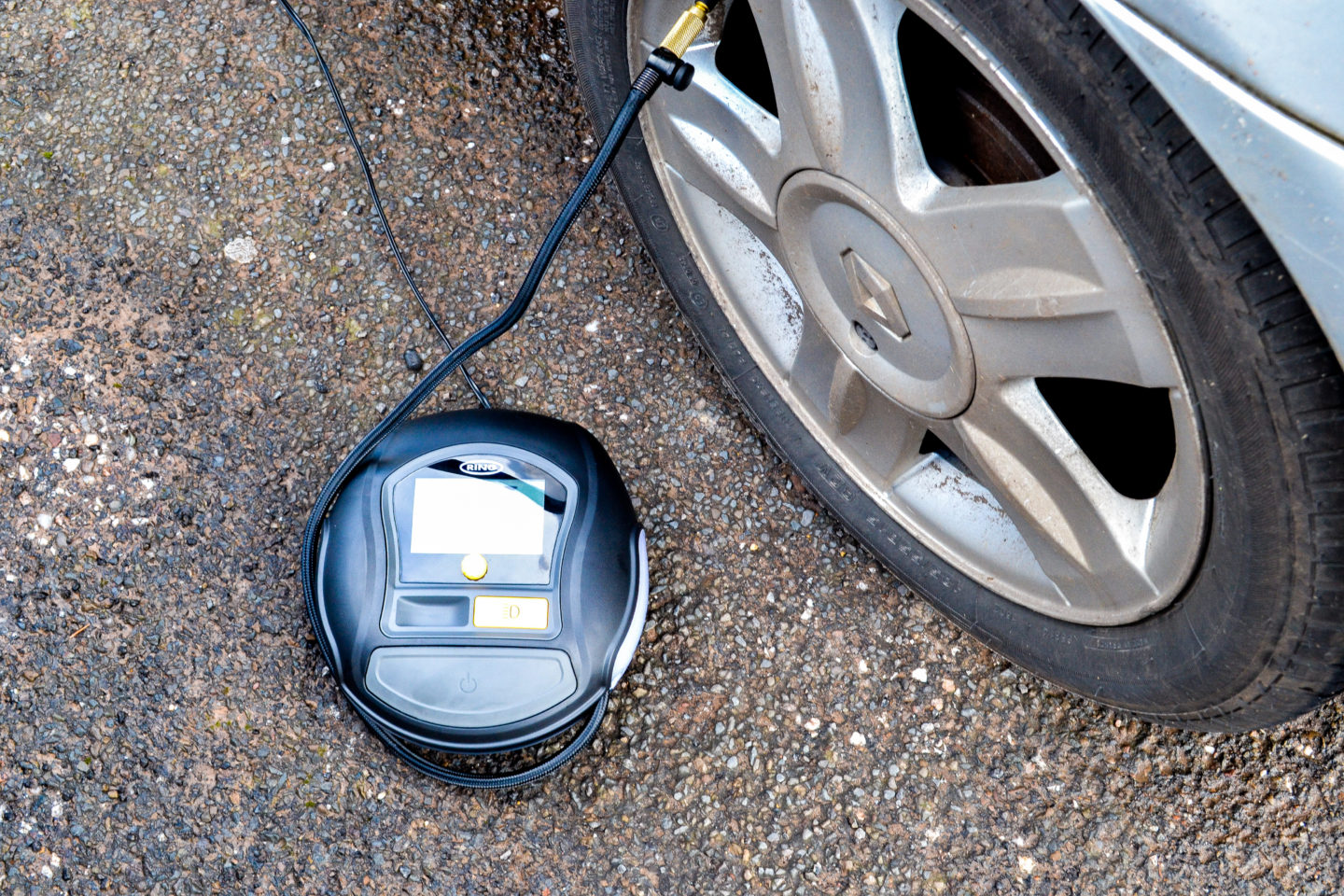 Once you’ve done each tyre, simply pack it all up and pop it in the boot. Job done.

Win your own digital tyre inflator

If you fancy owning your own Ring Rapid Digital Tyre Inflator, there are lots of ways to enter in the competition widget below. One of the mandatory entries is to leave a comment on this post telling me about your least favourite chore – other than inflating your tyres that is. Do as many of the options as possible to increase your chances of winning. The competition will end at 11.59pm on March 20th and is open to UK entrants only.