I was offered the chance to review the new Aparthotels Adagio Brentford, so I sent my daughter Bee for a cheeky babymoon. The night’s stay was a gift – all opinions are Bee’s. 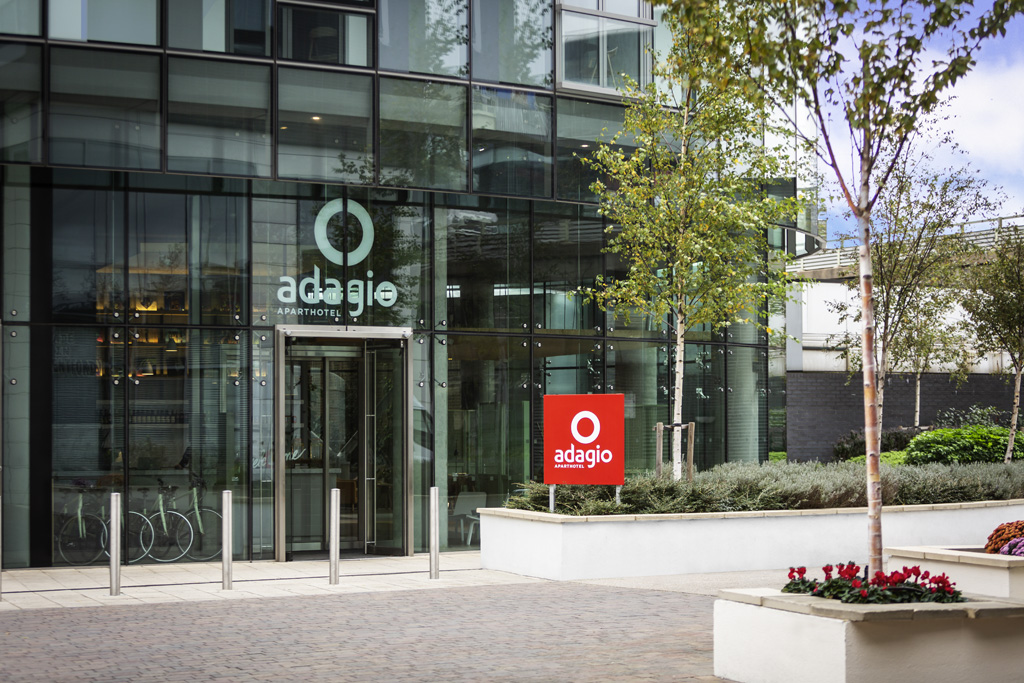 The one baby magazine that I read about 4 months ago told me to go on a babymoon with my ‘partner’, (he’s my boyfriend because I’m 23 years old), before the baby comes so we could appreciate having some nice quiet alone time together before our lives are filled with eternal screaming and we lose all feelings we ever had for one another. Or something like that.

Now I don’t really have a job, and the spare time my boyfriend has I basically force him to spend with me anyway, so I didn’t really feel like a romance needed to be rekindled, but it is always nice to have a change of scenery. The place I mainly always wish I was rather than here in dreary old Bath is London, so we decided to go there for the night.

It was actually sheer coincidence that we were then invited to stay in Aparthotels Adagio Brentford for the night to test out their accommodation! 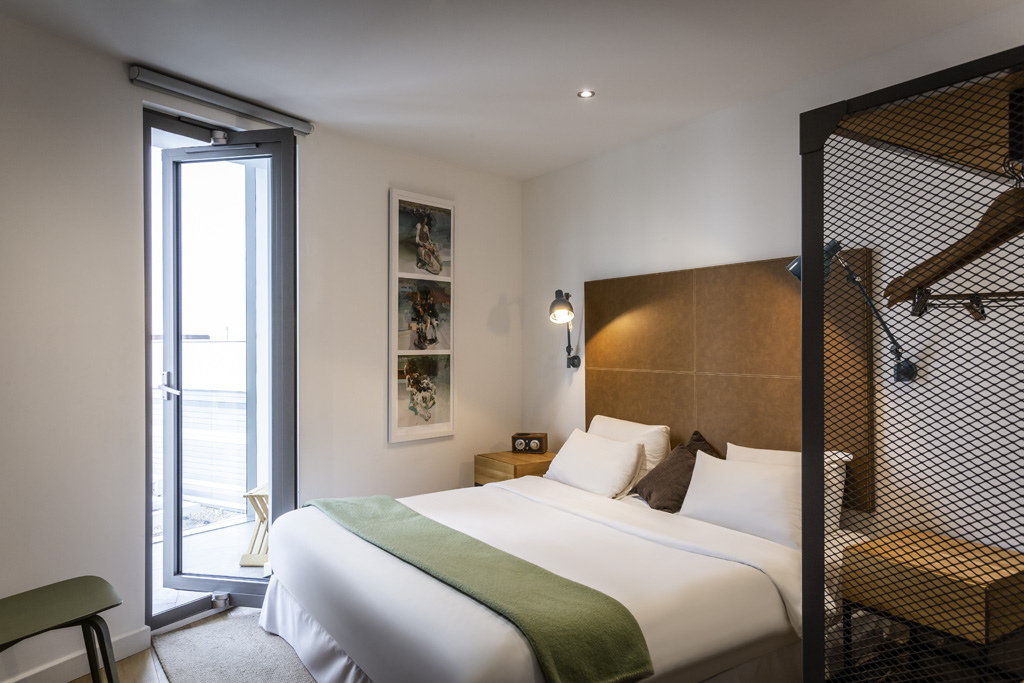 I was a tiny bit hesitant at first because I pretty much always only stay at chain hotels that I know and love, or AirBnBs that someone else has scoped out for me. The other thing I was concerned about was that it said the nearest tube station was somewhere in Ealing, which to me sounded way too far to travel from the city centre, having only ever lived as far out as zone 2.

However, I was so pleasantly surprised with our trip. I was, however, not pleasantly surprised with the fact that my baby brain, low in functioning capacity at the best of times, had completely forgotten its muscle memory of the London Underground. I used to pride myself on sort of knowing where to go without really looking, but I found myself actually looking at the MAP on more than one occasion like some kind of tourist. I think that was the day the very last bit of my teenage self I was clinging onto died. Anyway, it turns out that South Ealing tube station really isn’t that far from the centre of London at all and the walk back from the tube to the hotel was so simple – literally just one road which had a few nice pubs, restaurants and little supermarkets on it too in case you fancied stopping off to pick something up or have a drink.

We actually picked up some ready meals in Co-op to microwave back at the hotel because I was way too tired to stay out for dinner in central London. Exhaustion has really taken its toll on me with this pregnancy so I’m not very good at staying up later than 9pm. The best thing about the hotel for me, for this reason, was that each room is actually a full apartment with kitchen, living room, bedroom and bathroom which was perfect because it meant we could cook for ourselves and didn’t have to rely on just a cup of tea and a cold sandwich if we wanted to hang out at the hotel. 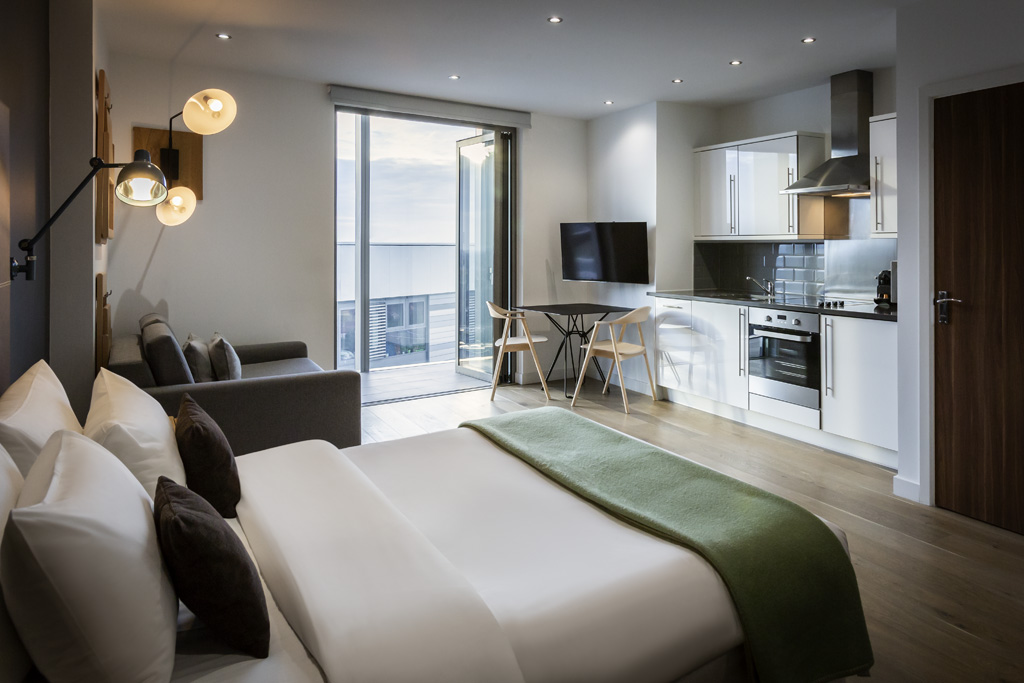 When we arrived we were given an apartment on the top floor which I thought was a bit scary, especially because there was a glass walkway linking the living room and the bedroom that was terrifying but super cool! Our room looked out right onto the motorway which I quite liked, but if car noise keeps you awake at night I’d probably say it’s not the best option for you if you want the windows open. Another thing about the windows was that our room didn’t have any you could open as it was on the top floor, it just had vents and a noisy heating system that we couldn’t get to work. I really like sleeping with cold, fresh air in the room so not having a window was a bit sad for me, but honestly that would be my only complaint about the apartment at all and that’s down to personal preference. 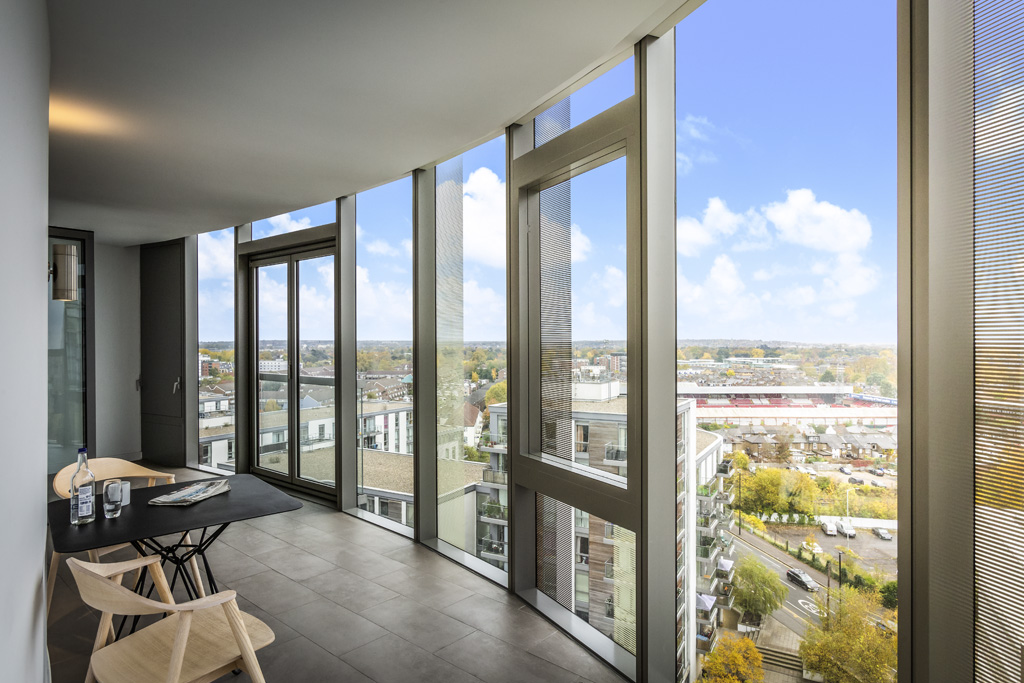 One of the best parts of the experience for me was that we were given some little gifts to enjoy including some baby books, a little plant, some chocolates and a photo album, which I’ve now used to put all of our scan photos in to keep them safe. I’ll always remember that day because it was the day we found out we are going to be having a boy (!!!!!!) so those little extra personal gifts bought a tear to my eye and made the whole thing really special. Everything else about the room was great too – I really liked how deep the bath was and the nice toiletries that were provided, as well as how deep and comfy the sofa was and that there was a smart TV in the bedroom as well as the living room.

The whole of the next day I happened to be feeling really ill and tired, and it rained so much that we spent most of our day we were planning on spending at Kew Gardens (which the hotel is really close to) spent in central London instead, ducking in and out of various cafés to escape the wind and rain. I was secretly wishing we hadn’t had to check out of the hotel that morning because I think I’d rather have spent the day napping and watching films there.

We were also provided with a complimentary breakfast downstairs in the bar area which was really cute and had a lot of different options, but if I was to stay again I would probably make good use of the self catering facilities in the room and have a bit of an extra lie in and watch TV with a breakfast cooked in the room! 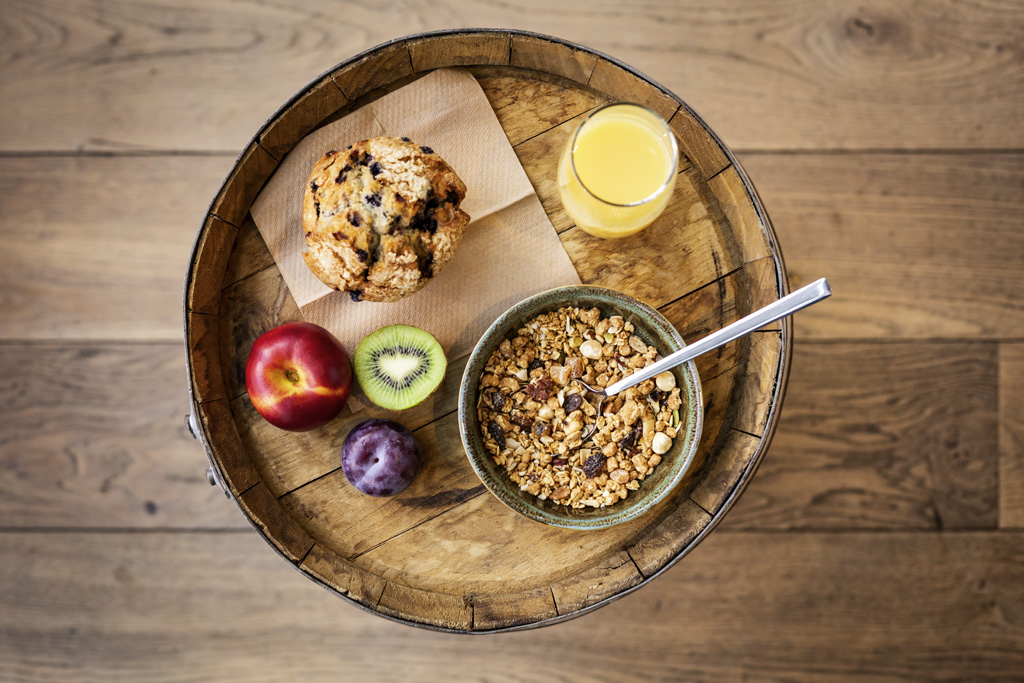 Thank you so much for having us Aparthotels, you really did make our babymoon special! I would also definitely recommend the apartments to anyone who is in London for business as well as pleasure. I couldn’t help thinking that if I was alone on business in London I’d much rather stay at the Adagio Brentford with a takeaway and some TV than in a dingy single room in the city centre. Maybe one day we’ll be able to stay with our little boy when we take him on his first trip to London!