When Bee told me she was pregnant, back before Christmas, I was very excited.

Partly I was excited at the thought of stopping to chat to people with the baby in the street and them being SHOOK when I said ‘Oh no, it’s not MINE, I’m Granny!’ They would say things about how surely I wasn’t old enough, and I would laugh coquettishly and then ruin it by muttering something about just having greasy skin.

Partly I was looking forward to the opportunity to try doing things differently, to have actual money to spend and to have someone excited to go to a farm with me again.

Mainly I just wanted to be able to get one of those tiny baby feet and put the whole thing in my mouth and say NOM NOM NOM.

Bee was adamant that the baby was going to be a girl, and that she really, really wanted a girl. In fact, so sure was she that her and her boyfriend would be devastated if it wasn’t a girl, that they decided to find out the sex of the baby at their 20 week scan last week, just so they could give themselves time to get used to the idea.

Of course Bee realised immediately that it didn’t matter at all, and if anything she seems even more in love with the baby than ever before.

I on the other hand was shook.

Not disappointed shook, because I’m still VERY excited generally and really pleased that we get a new boy in the family. We don’t have many, and the balance could do with redressing. I was shook because suddenly the whole thing – my OWN baby having a baby of her own, and me becoming a GRANNY – felt very really.

Somehow when I thought of the baby as a girl, it felt more just like an extension of Bee – like an extra arm or a massive new tattoo of a baby across her chest. (Not that, but you know what I mean.) I’ve already known Bee as a baby, so it would be like that, only further away. I know how girls work, I’ve had two of them – a baby girl is something I can do.

A baby boy though – suddenly I couldn’t just imagine him as an extra bit of Bee, something familiar and known. Now he was a boy, a person on his own, someone separate and new and unexplored.

(Also, how much older does it make me sound saying ‘I have a grandson’?? I don’t know why that is. Perhaps it’s because it makes me think of fishing rods.)

So although I would have been happy whether Bee’s baby was a boy or a girl, I think I’m actually MORE pleased that it’s a boy. The extra element of uncertainty, of something new, has made it more exciting, and that is always a good thing.

Now I just need to wait for this foot: 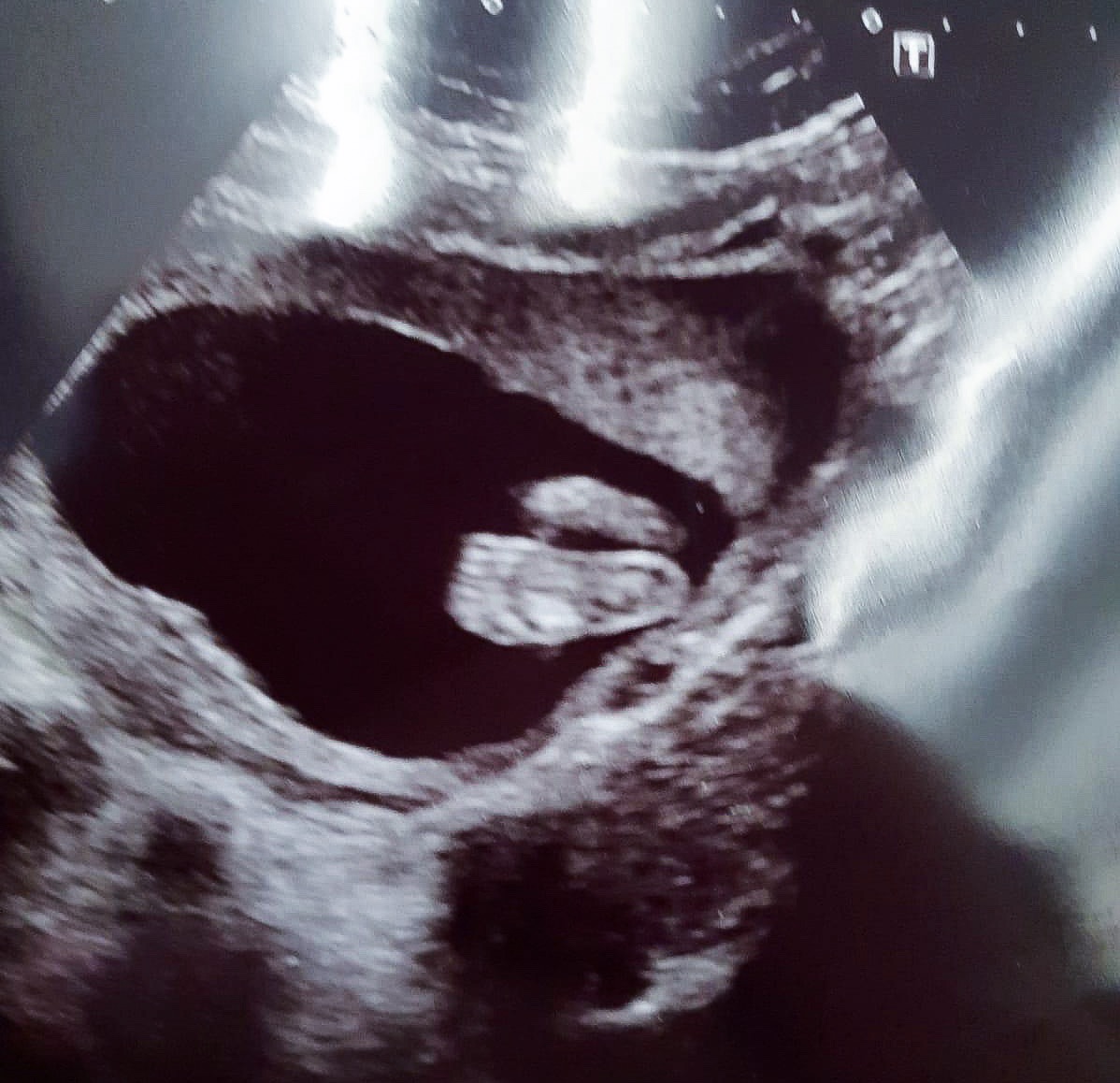