In association with National Express

It’s November 1st, I’m wearing my Christmas pyjamas, and I’ve cracked open a bottle of Harvey’s Bristol Cream. There might be a mince pie warming in the oven and the Hallmark channel is on the TV. Even better, I don’t care a jot about all those people who are HUMBUGGING all over the place, telling me November is too early for Christmas.

If it was, then how do you explain the fact that there are currently over 50 wood cabins in Bristol city centre selling Christmas gifts, mulled wine and oversized sausages?

(Seriously, what is it with the bratwurst? Why do they not design them to fit in the buns, or buy buns big enough to hold them?) 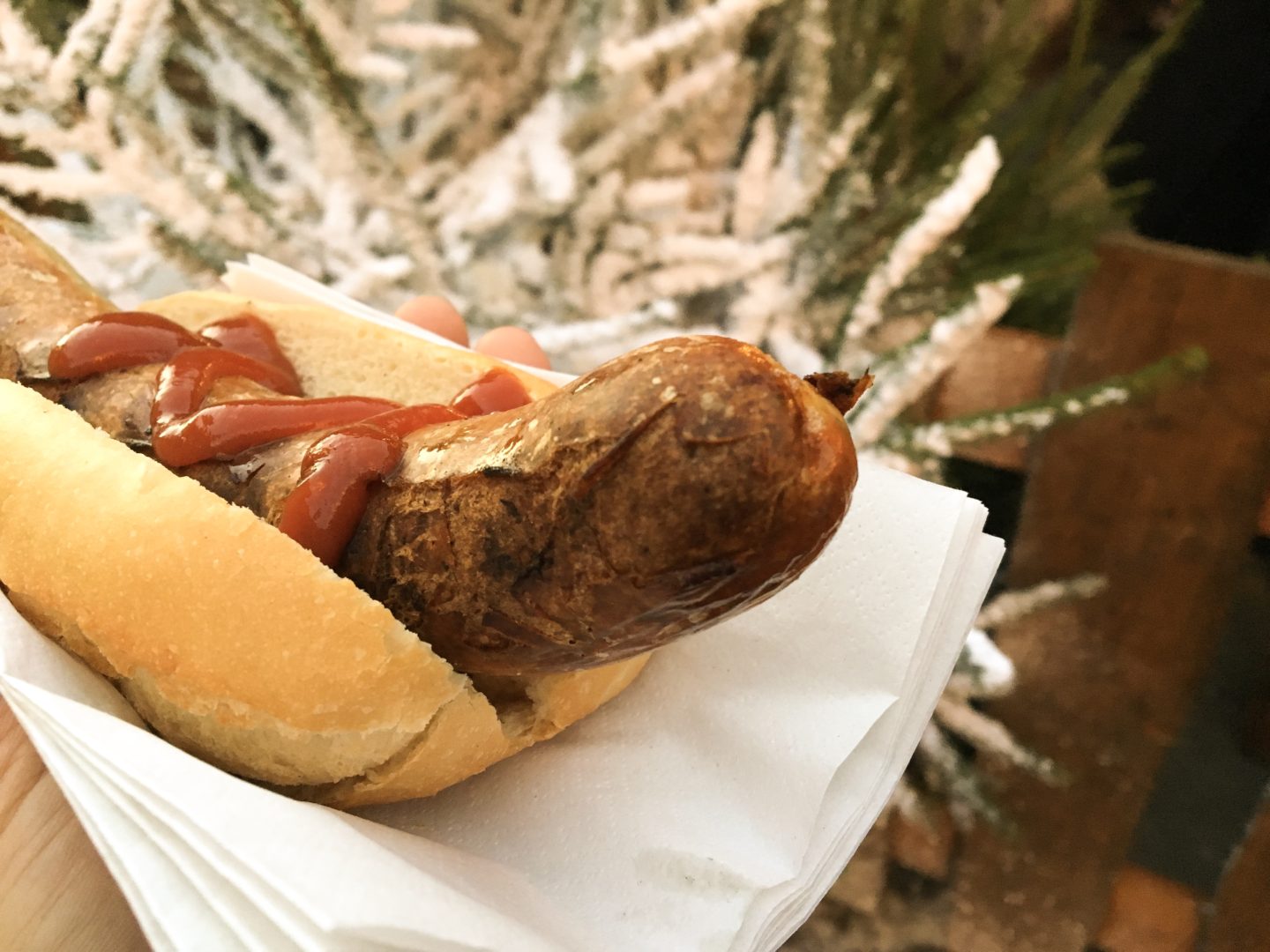 Bristol Christmas market even has CURLING, which feels pretty festive to me, and a Jäger Barn Bar, which feels slightly less so, but I guess it’s drinking, so that counts. Of course the downside to visiting a Christmas market is that often you’ve driven there, which means you can’t really do the mulled drinks offering justice. Ironically, the stress of finding somewhere to park, and then realising it is going to cost you £2 PER HOUR, means you really need a mulled wine more than ever.

Fortunately I have a solution: National Express. 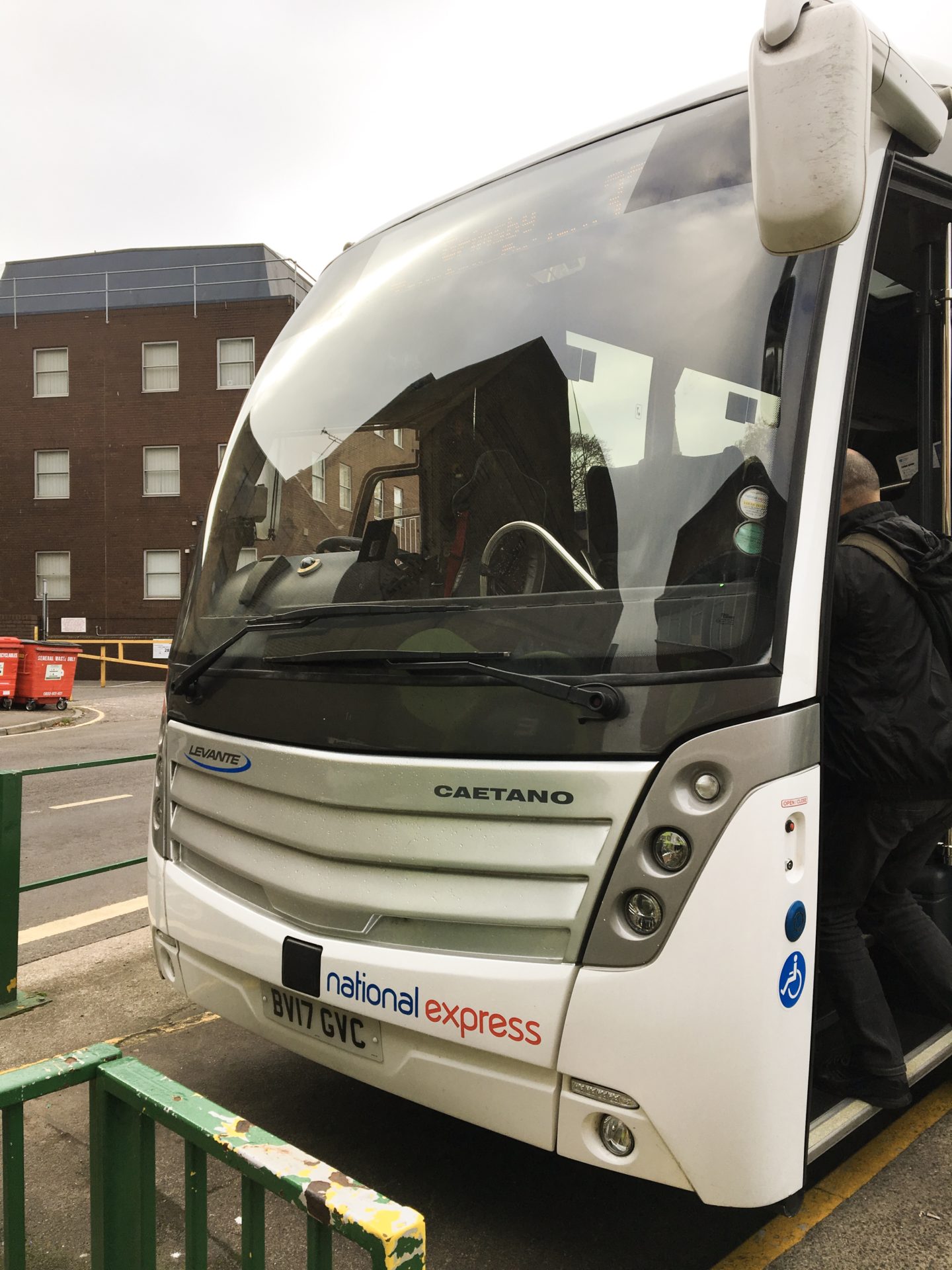 Now I’m not normally a massive coach traveller, but hear me out. The coach from Taunton to Bristol takes about as long as it would to go by car and find somewhere to park, BUT it drops you off right in the centre, so the minute you get there you can get straight into the heart of the festive action.

It’s comfy, your (leather) seat is guaranteed, so no standing in busy train vestibules, and it’s affordable – National Express links over 900 destinations UK wide and there are thousands of tickets for £5 or less. There are offers too for certain groups – the Young Persons Coachcard, Senior Coachcard and Disabled Coachcard all give you a third off standard fares, plus other perks, depending on the card, like 20% off at Pizza Hut or free travel if your coach is delayed by more than an hour. 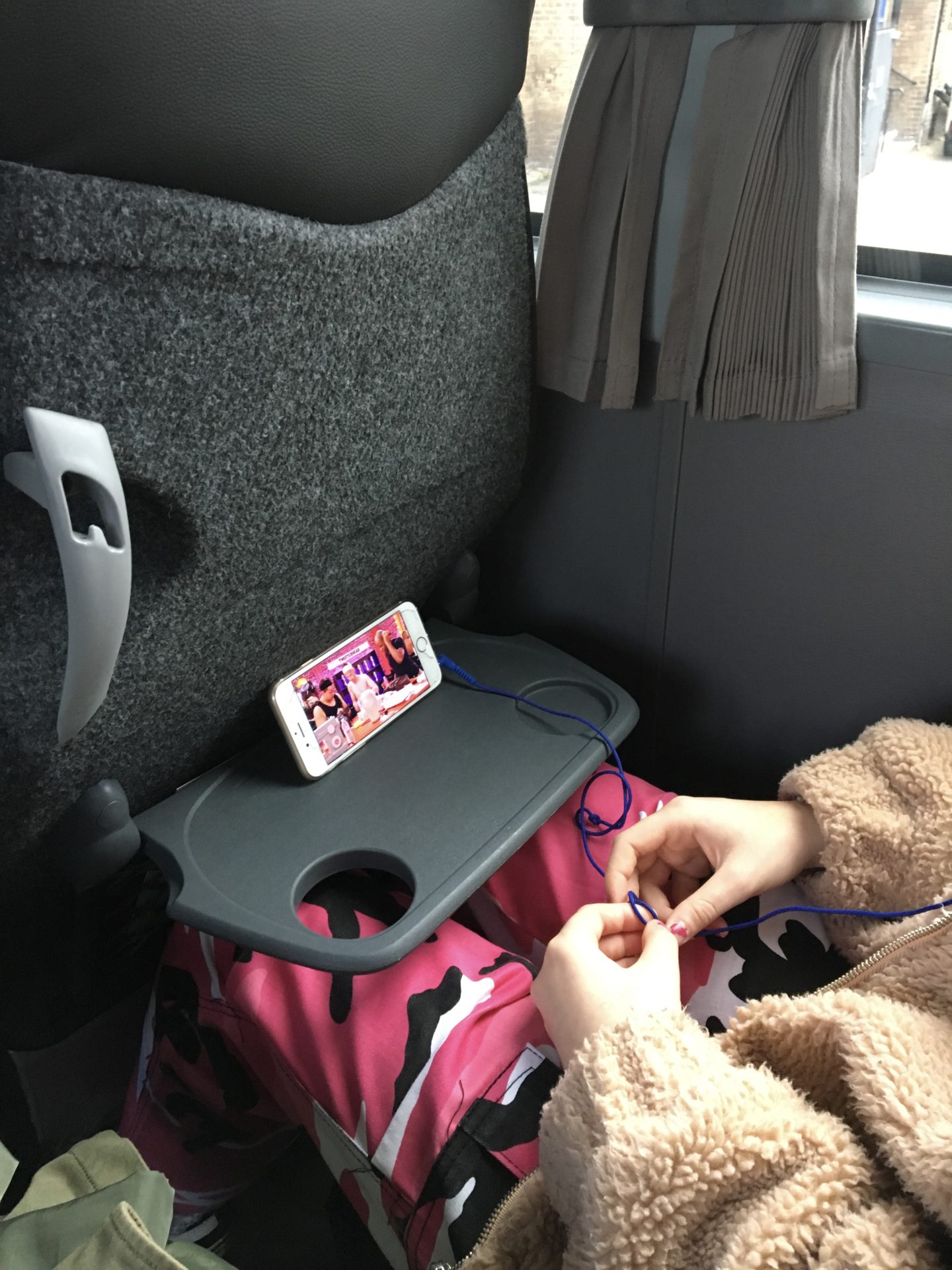 Belle liked it because she got a little table to put snacks on and prop her phone up while she watched Ru Paul’s Drag Race. I liked it because I had been out until 2am the night before (get me!) and didn’t have to say awake. Travelling by coach is also the most environmentally friendly form of public transport, generating up to five times less Co2 per passenger than the average car journey, so if you want to do your bit for the planet this Christmas, then National Express is definitely the way to go.

We were really lucky with the weather, and the skies were clear blue when our coach pulled up at the bus station in the centre of Bristol. We’d planned our trip for slightly later in the day so that we could have the full ‘Christmas market as it gets dark’ effect, but we’d made sure to leave plenty of time for a look around Cabot Circus and a stop off for one of Belle’s favourite treats – bubble tea. 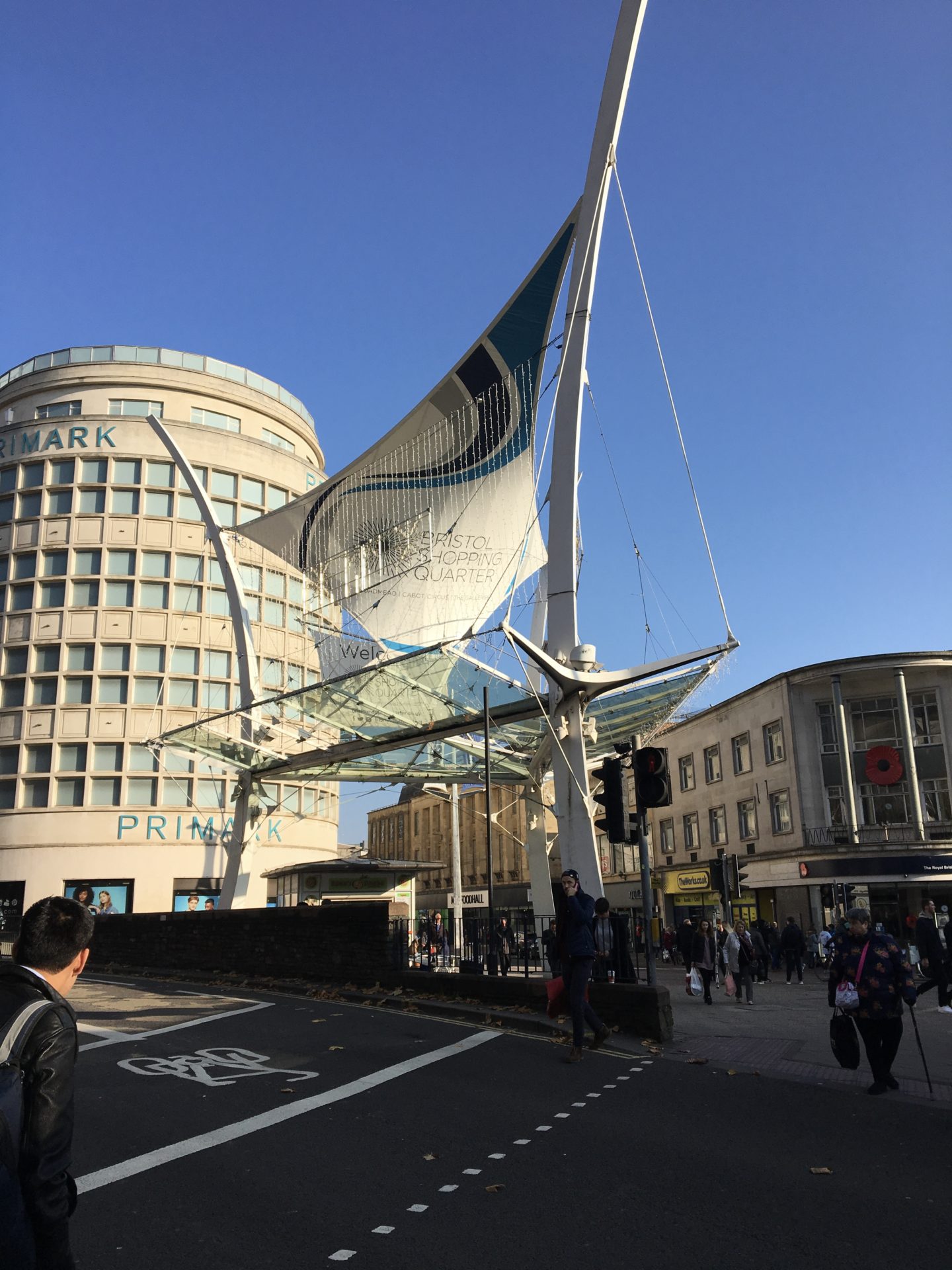 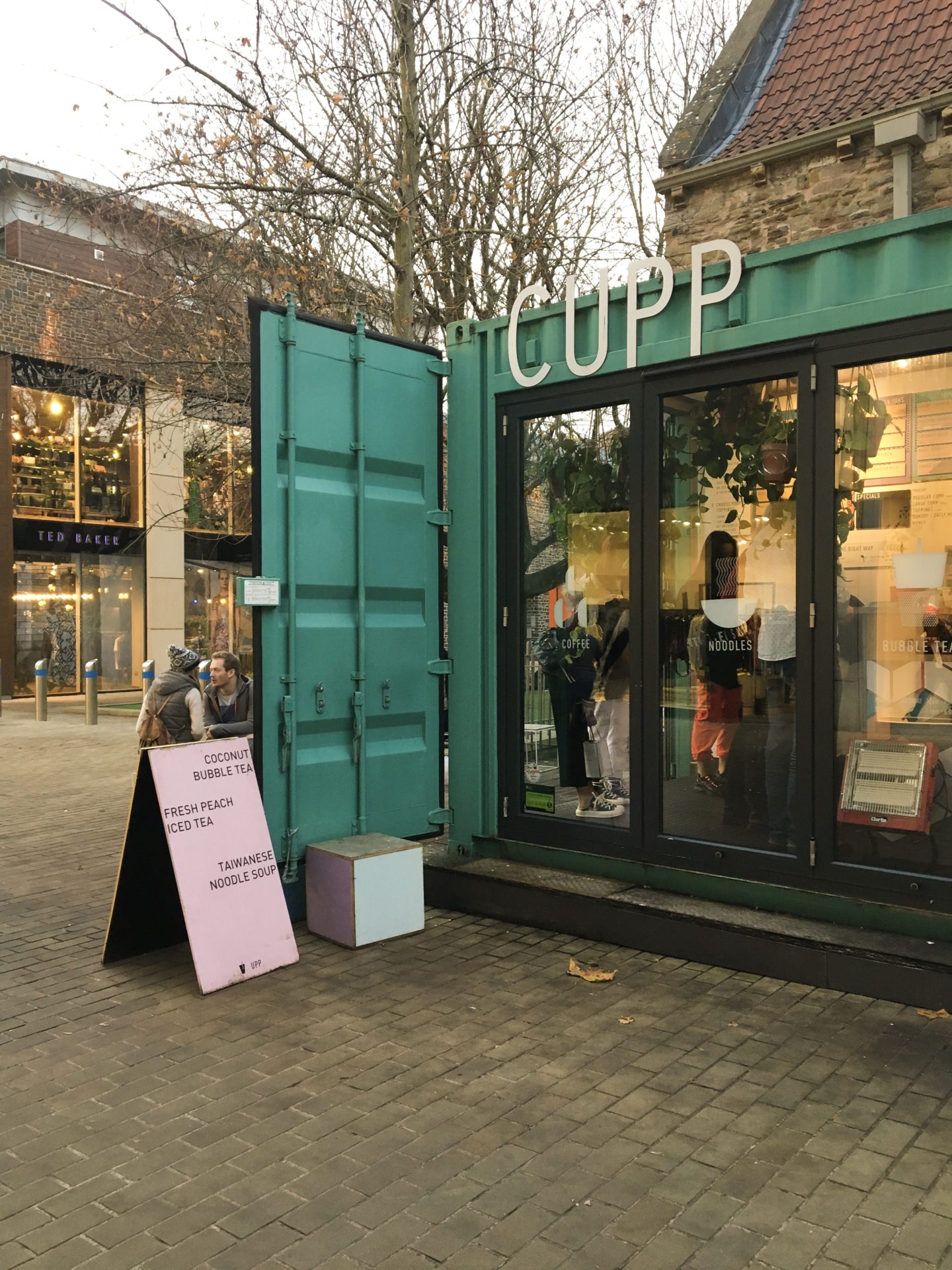 Then it was time to head to the market for an extra large sausage and a little glass of something – hair of the dog and all that – to make the most of not having to drive home.

There’s something really lovely about walking around a Christmas market, even if you don’t actually buy anything. There are so many lights and colours and yummy foods to try – it’s one of the very best ways to get into the festive spirit. Who could fail to be cheered by a Christmas llama? 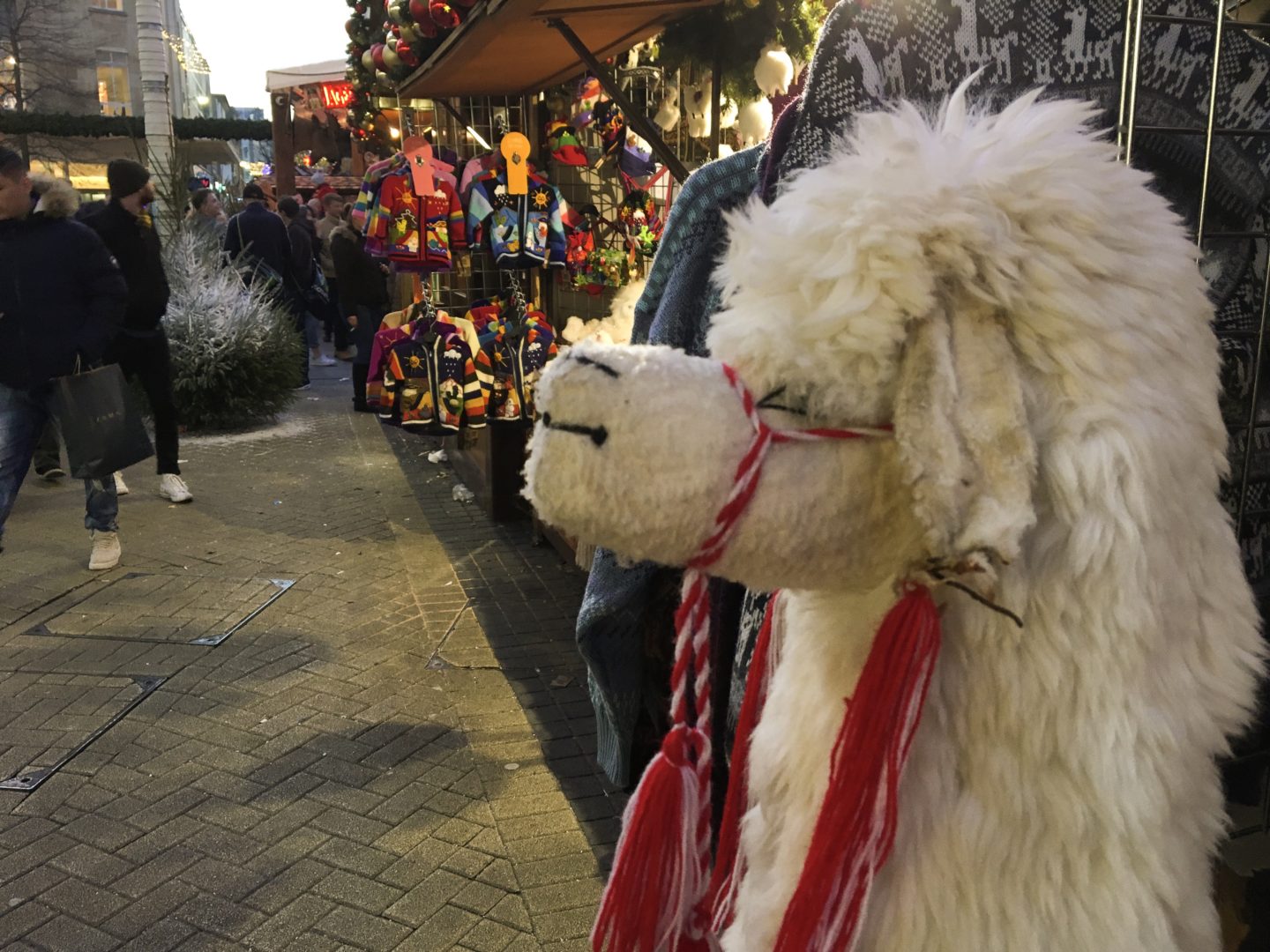 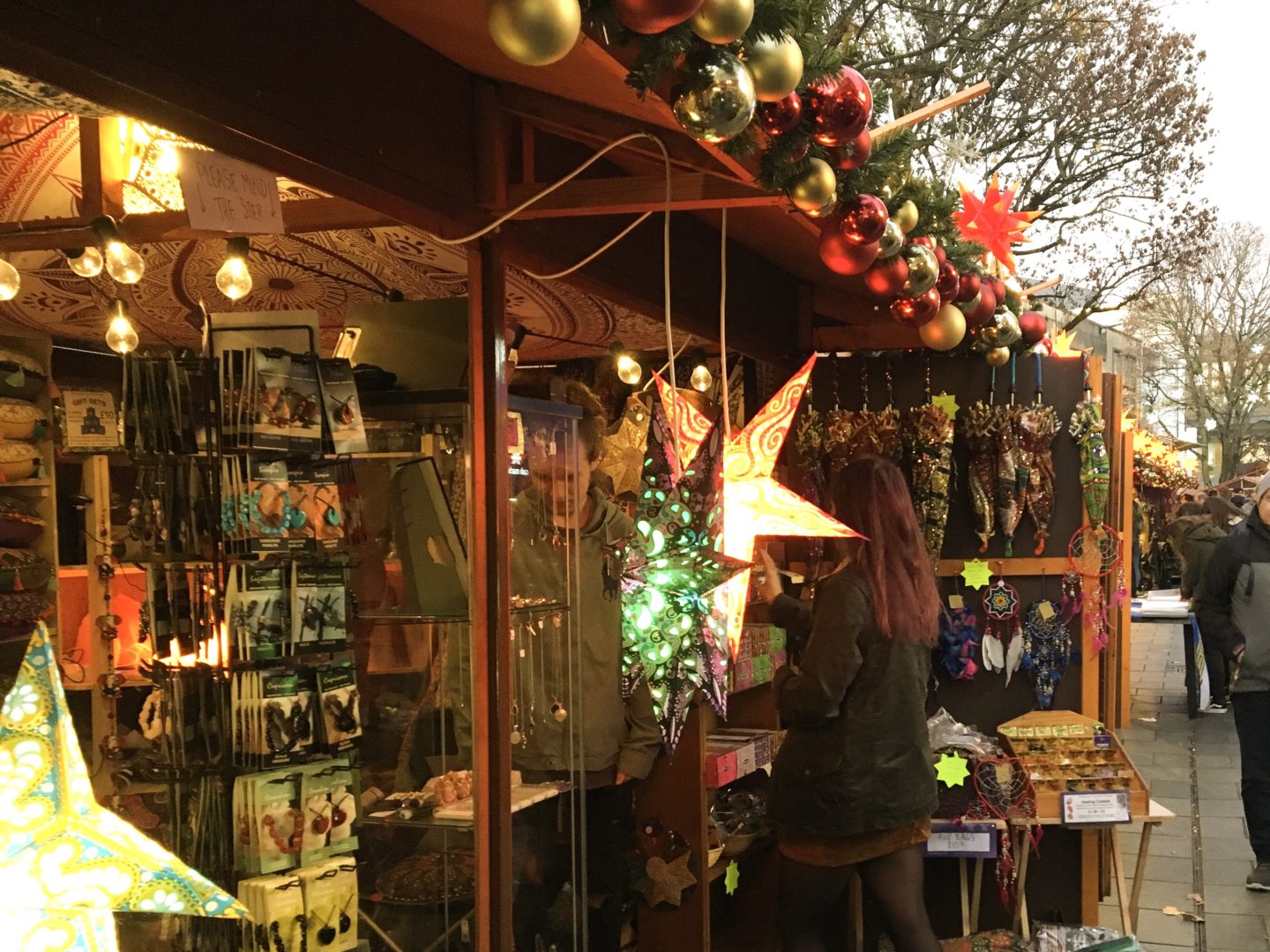 Once we’d had our fill of Christmassy market goodness we had half an hour before the coach was due, so stopped off for a festive hot chocolate (safe in the knowledge that there would be toilets on board the coach should we need them) and then headed back to the coach station.

I have to say that at this point it was a really nice feeling knowing that I could sit down and relax, watch some TV or have a little snooze if I wanted to. The coach was decidedly cosy looking after dark, and we felt cocooned from the darkness outside. I had a Netflix show about Mormons and polygamy downloaded, (as you do), but National Express also offers free entertainment via VUER – a complimentary onboard entertainment app offering films, TV and magazines.

Just over an hour and a half later we were off the coach and back at home, nicely tired from a day out but without the stress (for me) of having to drive anywhere through weekend run-up-to-Christmas traffic, which was rather lovely.

Where would you go on a Christmas coach outing? 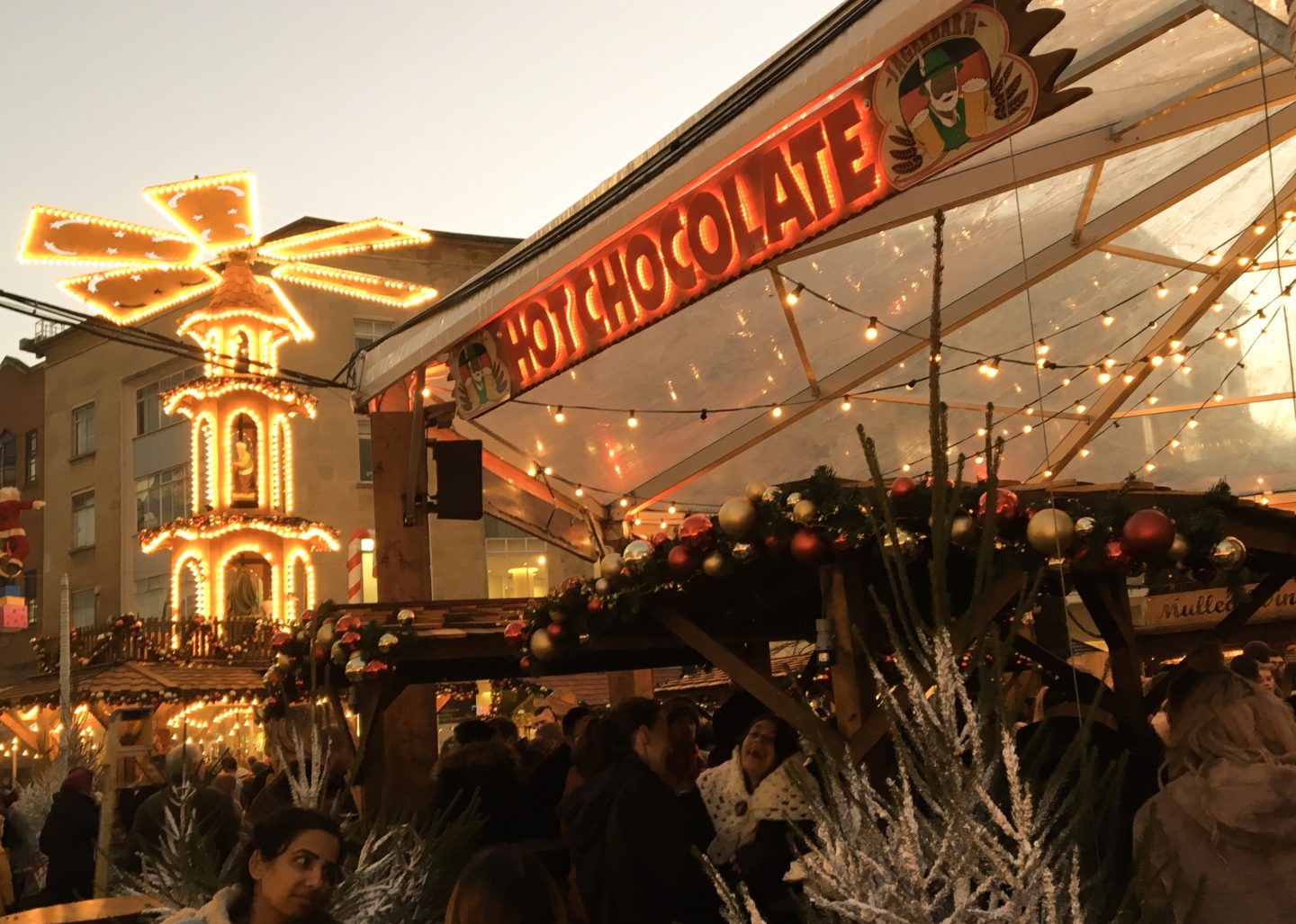