Bee did a tweet the other day. I mean she does lots of tweets on lots of days, but this one got more likes than I can remember ANYTHING I’ve ever said getting. Not that I’m jealous or anything, it’s sound advice, but then I would hope so because it’s basically been my approach to parenting for 23 years now.

Me: ‘You’re probably thirsty – have a glass of water!’

Bee: ‘I just had a glass of water though?’

You get the gist.

As I have clearly done an excellent job of bringing up Bee, to the point where she can get 366 likes on a tweet, (absolutely how you measure parenting success), then I thought I would blatantly rip her off in return by doing my very own list of things that you definitely won’t regret doing.

Taking Bee’s list as a given, here are 11 other things you should do that I promise you won’t regret:

Tidy out a drawer

Do you have a drawer in your house that makes you sigh and feel bad about yourself every time you open it to look for a battery or a Calpol dispenser? Tackle that drawer today and I guarantee you’ll feel better about yourself afterwards. You will probably start casually asking small children if they have a headache, just so you have an excuse to open the drawer and feel smug.

(I’m starting you off with a drawer to keep things manageable as if you go straight in with an under stairs cupboard then you WILL feel deep regret when you are at the point where you’ve taken everything out but haven’t organised it back in again.)

Eat a piece of fruit

Ergh, who wants an apple when there are party rings in the world? Eat it though, even if you don’t really want it. You can still have a party ring afterwards if you want, that’s just called BALANCE. 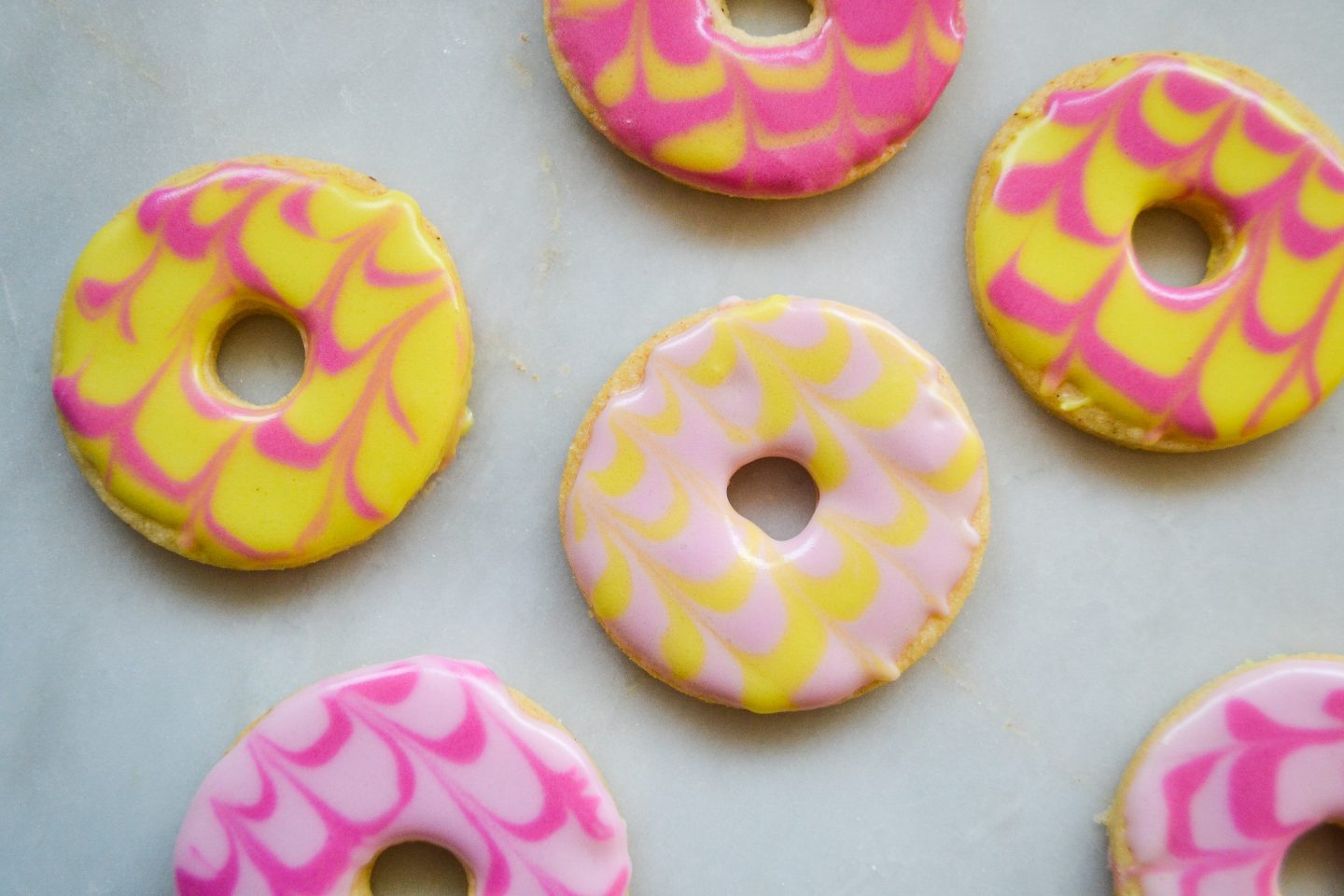 I MADE these. Get me.

Call a friend for a chat

Actually call them. On a phone. With your voice. Like we did in the 1990s. It doesn’t count if you just WhatsApp them a gif of a dog waving.

Pay someone a compliment

I real one – something sincere, not just ‘you look nice today.’ Watch their reaction, see how it brightens their day. It’s pretty nice.

Doing that one job you’ve been putting off for ages

It took me a YEAR to get around to making our last dentist appointments. A WHOLE YEAR. I’d think about it when I was in the shower or in bed and then I’d set myself reminders, but I’d dismiss them because I don’t like using the phone or because I couldn’t face finding a convenient time.

It was pathetic. Seriously, don’t be me. Think right now of that one small job you’ve been putting off for ages and just DO IT, as the trainers would say.

(Unless you have allergies.) 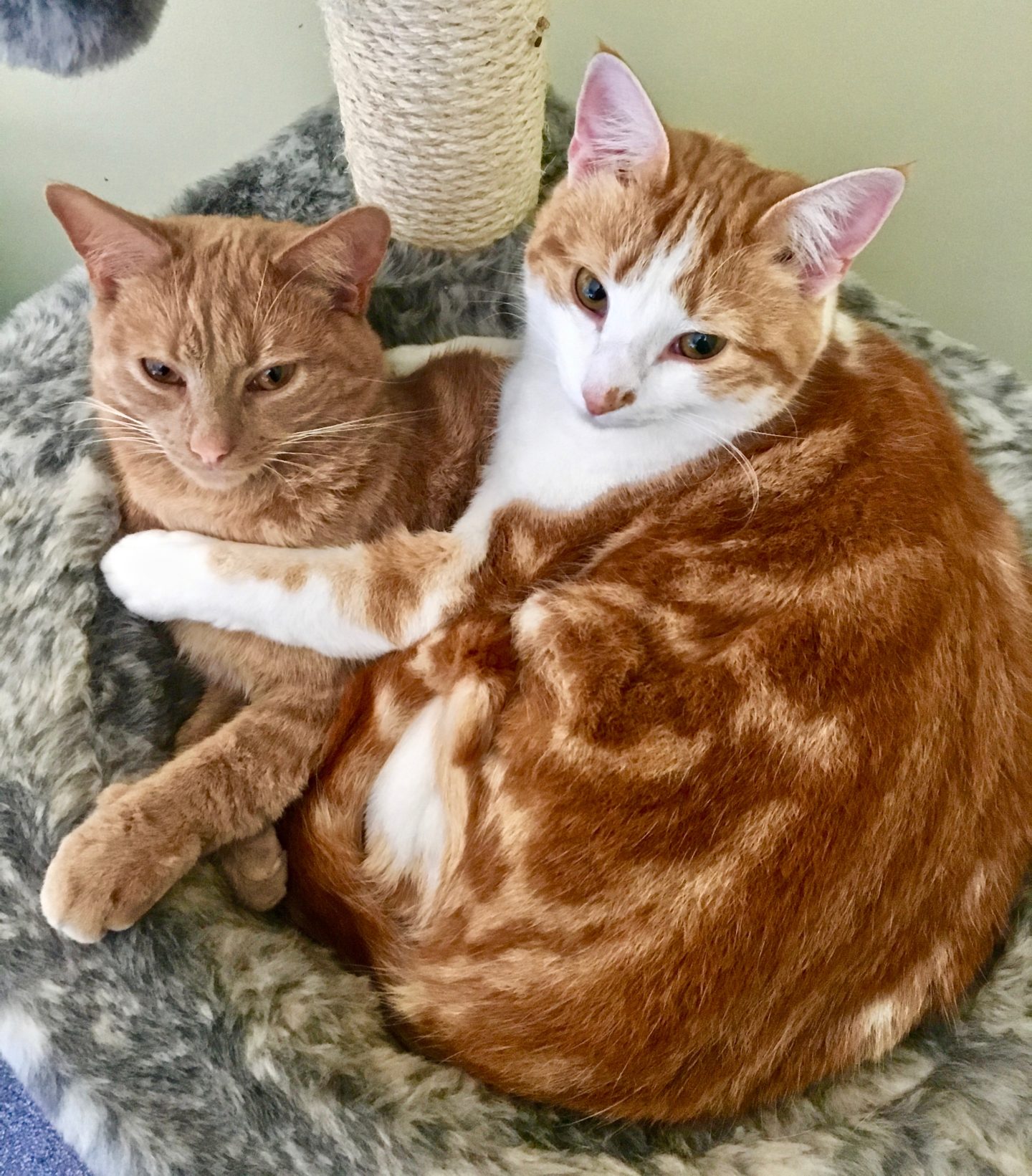 ‘What this? Oh this is just a manly hug between two male cat friends?’

Even if it’s just for a minute. Close your eyes and relax your shoulders. Breathe in deeply. Hold it for a few seconds. Blow the air slowly out of your mouth. Rinse and repeat.

Seriously, did anyone ever feel WORSE about life after cleaning their teeth? Ditto washing your hands or your face.

You won’t want to do it when the alarm goes off but I guarantee you that when you’re sat in a quiet house, drinking a cup of tea, having already got loads of shit done when you’d normally be asleep, you will NOT be thinking ‘if only I hadn’t bothered to do this.’

Paddle in the sea

If you go to the seaside and you don’t go for a paddle then are you EVEN ALIVE?