April 30th was a sad, sad day for Belle.

It was the day we had to give back the Hyundai Kona that we’d been test driving for two weeks, having covered around 800 miles in 14 days, three of which I was out of the country for. At a stage in her life, mid-GCSEs, aged 15, when not much in the world feels designed to bring joy, there is apparently one thing that does – driving around in a nice car, listening to Cardi B very loudly and switching on my seat heater every few minutes and seeing how long it takes me to notice.

As you can guess from my mileage, I made the most of it. 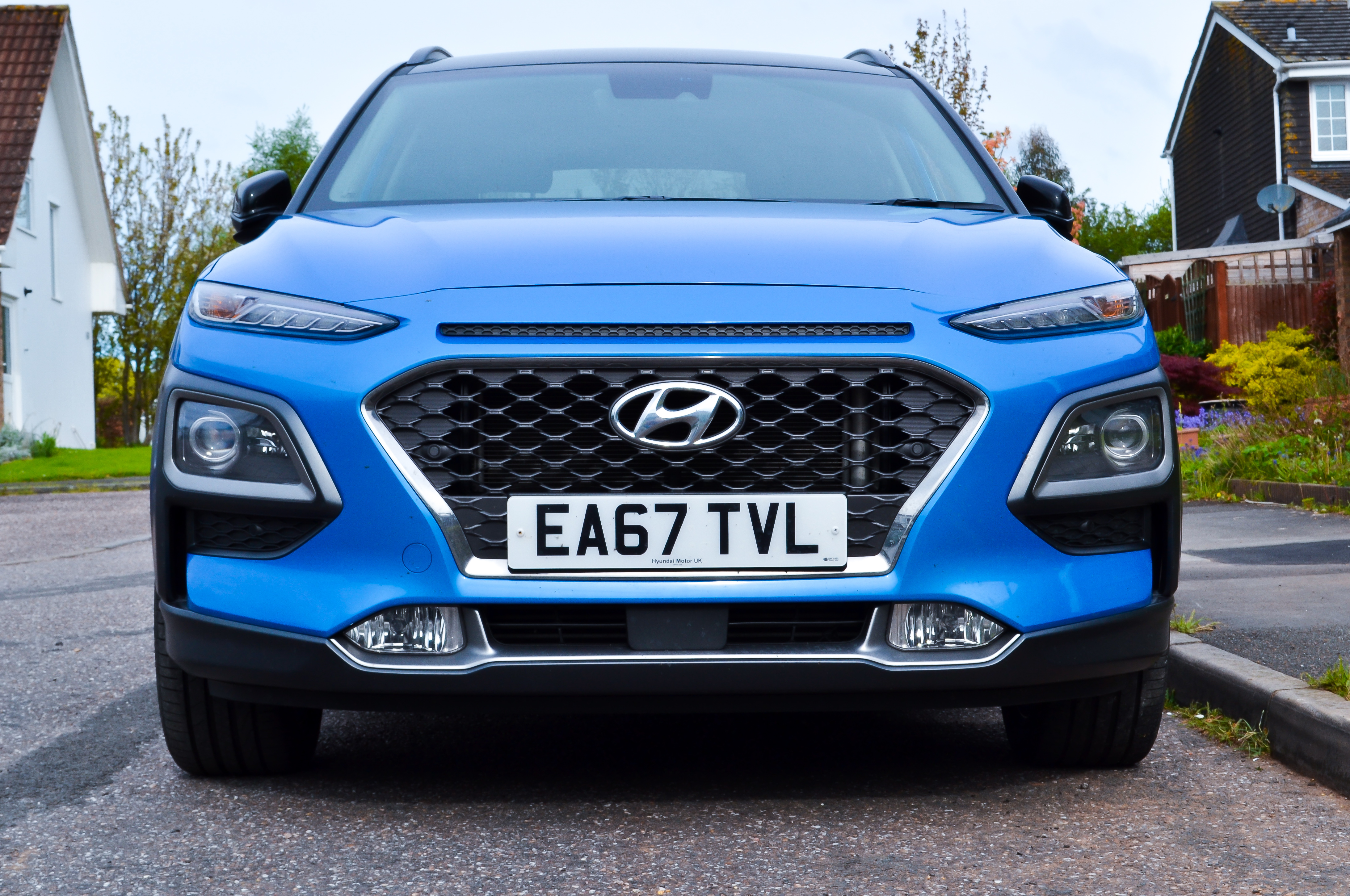 Over the course of the fortnight I did test out all the important little things, like the size of the cup holders (key), and all of my finding are in this Twitter thread if you fancy looking back through.

There were loads of clever little features that I loved, like the fact that it turns the music down a bit when you’re reversing and the blind spot detector for motorway driving, and I really enjoyed the high seating position. It was very spacious and the back seats were SUPER easy to put up and down – fiddly seats are a pet hate of mine, but these worked in one movement and were easy to put down from the boot side too.

I feel at this point that I should say something authoritative about the ‘handling’ but to be honest I’ve never been entirely sure what that means. It went round corners, and no one threw up, so I consider that a win. Have a look at the website for all the techy stuff.

My mum’s best bit was when I put my foot down on an empty road and it revved its way through the gears. My mum likes a bit of speed. I had the one with the 7-speed dual-clutch transmission (DCT) and if you’re worried that an automatic isn’t as fun as a manual then DON’T BE. The Hyundai Kona has plenty of poke. (Is that a thing? Poke? I feel like I’ve heard that said about cars before.) There are three available driving modes too – Comfort, Eco and Sport – so you can change things up when you fancy it.

We also did some filming and put together a little video. It’s only a couple of minutes and doesn’t have anything dull like me talking in it, so have a watch now and get a flavour of our time with the Hyundai Kona. Look out for the blind spot detector, navigation system and me loading up the boot with a million cardboard boxes for a tip run:

If you know me in real life you’ll know that I can be pretty critical when I want to be, but it’s very hard to dislike the Hyundai Kona. I’m a fan of Hyundai generally, I’ve owned one in the past and last year we spent a weekend in the woods with the i30. (If you read the post about that you’ll see that Belle’s favourite bits about cars have not changed at all.)

It’s just so damn easy to drive. It thinks of everything for you – it turns on the windscreen wipers just as you’re thinking ‘I should probably turn on the windscreen wipers’, and there are sensors and beeps galore, all designed to make your drive as safe and as stress free as possible. (I DID reverse into a wheelie bin at one point, despite the rear camera AND parking sensors, but that was my fault. I think I’m just used to tuning out noise. Don’t tell Hyundai – I didn’t leave a mark so I think I got away with it.) 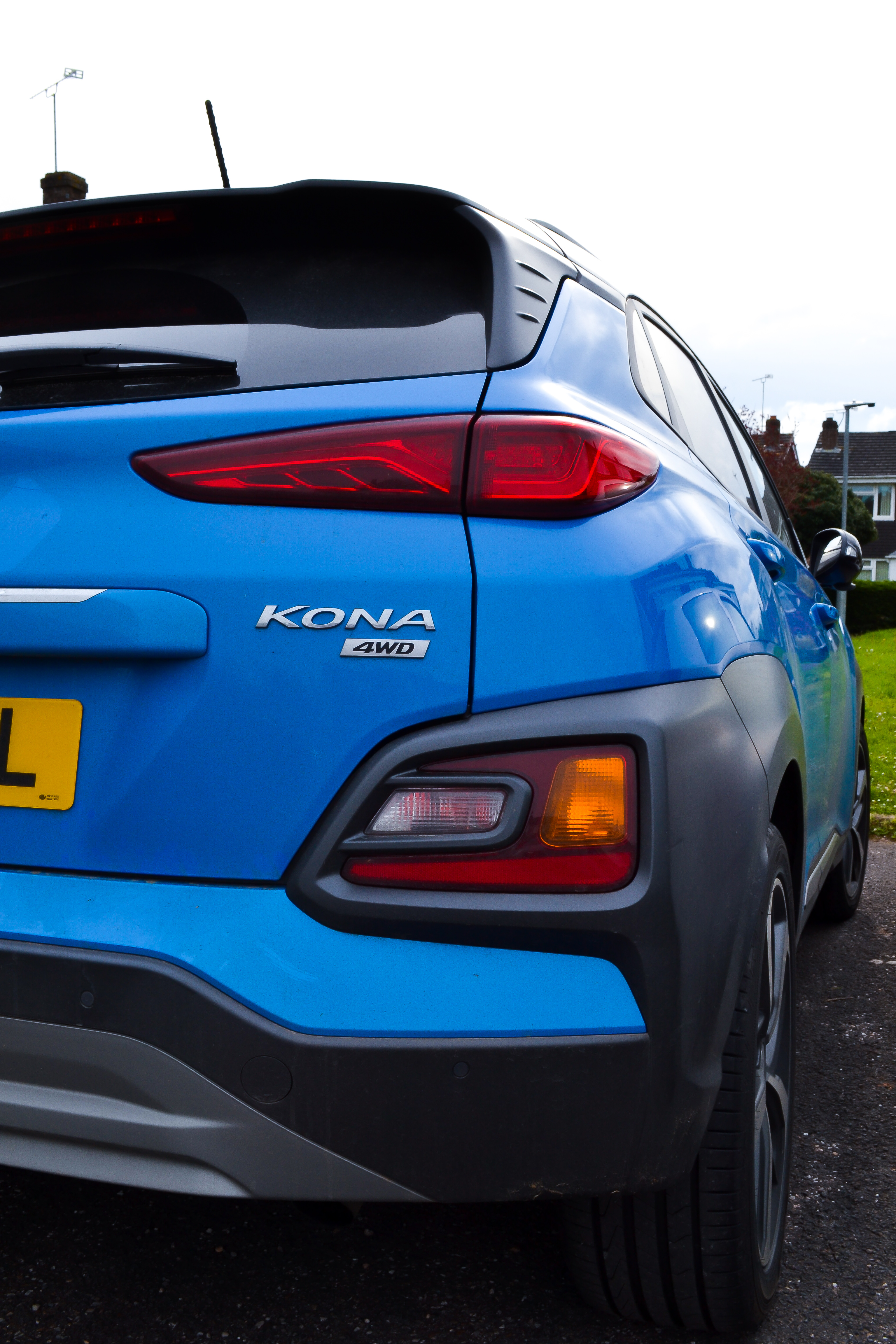 Also, it’s a nice colour isn’t it? There’s a great choice of colours, including a rather funky acid yellow, which you certainly wouldn’t lose in Sainsbury’s car park.

If I was to be my super critical self, the one feature I could probably do without is the HUD or head up display. This is a little glass screen that pops up in front of the driver and projects information like speed, speed limits and directions. For me this is just a little bit of overkill – all of this information is readily available already, and I did put it down in the end as I found it distracting.

I also noticed several incidences where the speed limit showing on the HUD didn’t match the speed limit on the road. 99% of the time it was spot on, and updated instantly as we went through different speed limit zones, but there was one time in particular where we were driving through a village over the course of around three miles where the HUD showed 60 throughout, even though the speed limit went from 60 down to 40, then 30, then 20. I do feel like if you’re going to have a feature like this then it needs to be accurate all of the time. I know you shouldn’t rely on it, but if you can’t be 100% sure that’s it’s right then it feels like it’s a bit unnecessary.

Really though that is a disproportionate number of words relative to how much it annoyed me. If I was knocking off marks for that it might be 1 out of 100, tops. 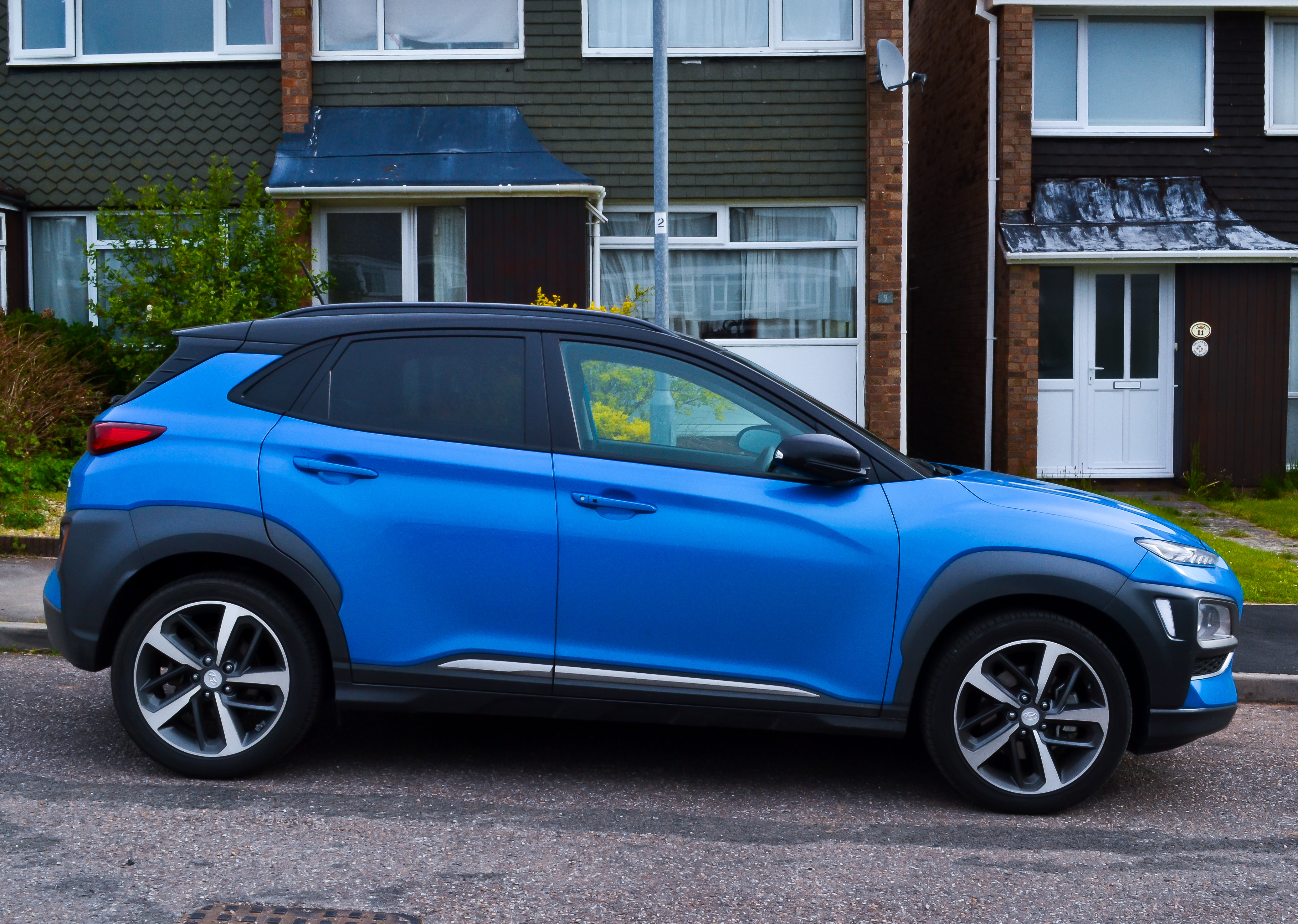 Overall I love it.

Although it has an expensive car feel, you can have a Hyundai Kona on the road from as little as £16,450, which I think is really excellent value. Before looking the price up I had a guess myself, and I was thinking more mid twenties. I’m sure that the version we had had all the bells and whistles but even so, it feels like a lot of car for the money.

If you’re looking for a fun, family car that’s easy to drive and has plenty of space then you could do a lot worse than having a look at the Hyundai Kona. 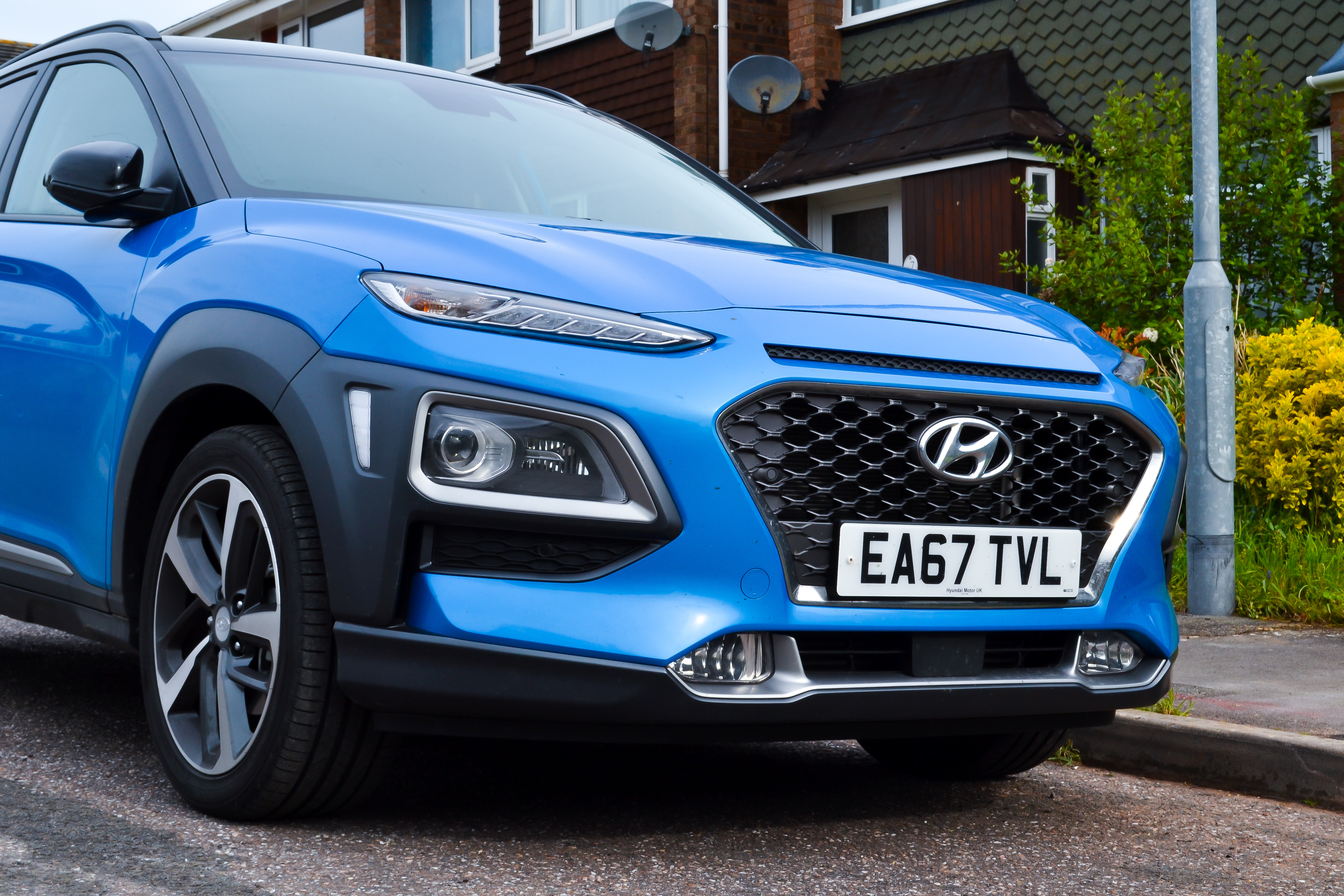 We drove the Hyundai Kona for two weeks for the purposes of this review. All opinions are my own.