Note to my Dad: this is one of those posts you’ll want to skip over.

I was out for dinner a little while ago with some friends. We’d had a small half glass of wine or so and we were talking about boys. We were discussing one boy in particular, who I had happened to say in passing that I thought was nice.

‘Ooohhh!’ said one of my so called friends, ‘I’ll message him and tell him you LOVE HIM!’

She messaged him to tell him I loved him.

‘While you’re there though,’ I said, only slurring very slightly, ‘you could casually drop in my renovated vagina?’

Everyone looked at me.

‘Oh,’ I said, the half glass of wine clearly muddling me, (an allergic reaction maybe?), ‘not renovated. REJUVENATED. That’s it. My vaginal tissues have been rejuvenated.’

We got distracted then by talk of my vagina, and then the fried camembert arrived, so I don’t think the boy had the opportunity to be seduced by my vaginal tissues, rejuvenated or otherwise.

Probably for the best. 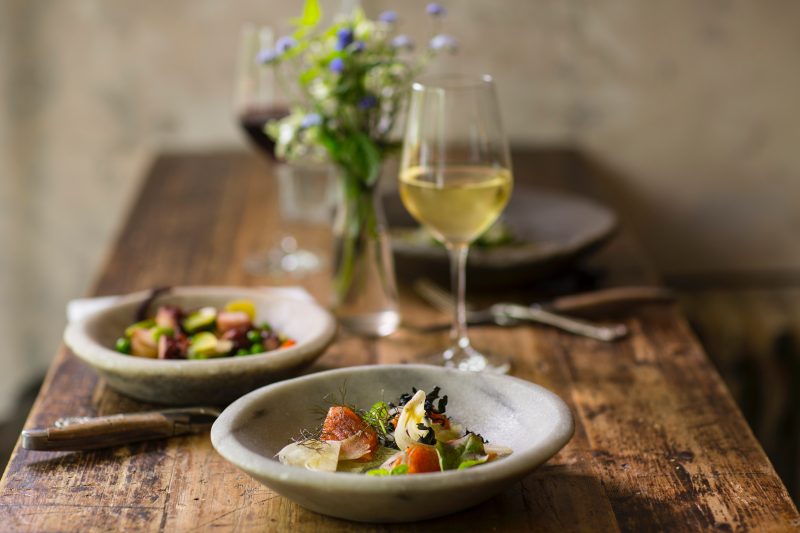 A pretty dinner and wine photo in lieu of a close up vaginal tissue shotIn case you’re reading this and thinking ‘what the bejesus is this crazy woman talking about?’ then you should probably take a moment to go and read part one of this review, in which I go to see Dr Mayoni at The Clinic in London to test out the Geneveve treatment. (I.e. get my insides treated with a bit of radio frequency.) I’m happy to wait for a minute while you read the whole thing, but if you’re too lazy (shame on you) then I can give you a quick recap, just so we’re all up to speed with the state of my lady bits.

Basically, Geneveve is a collagen stimulating procedure. A similar thing has been used for ages on faces to make skin look plumper and firmer, but it’s only recently that someone thought to expand the idea, so now you can pop it up your private parts and stimulate the collagen up THERE. Well, you can’t personally, but a trained practitioner can.

The Geneveve treatment is designed to help with all kinds of issues stemming from something seductively known as ‘vaginal laxity’, a term which makes me feel like a shrivelled up old peasant lady carrying laundry on a stick through a bog, but which is actually just a normal consequence of ageing and childbirth. Vaginal laxity can cause problems with urine leakage, and can have a negative impact on your sex life.

Ever the optimist, I travelled to London at the end of January for the treatment. Honestly, you really need to go and read the post. It’s very informative.

Geneveve isn’t an instant treatment, so you don’t bound out of the clinic looking for the nearest indoor trampoline centre or anything. You have to wait for the collagen to start rebuilding itself, and this will take at least a month to get started. The sweet spot for the Geneveve treatment is said to be at around three months, but effects continue to last for up 18 months. In clinical studies, 90% of women treated reported statistically-significant, sustained tightening 12 months after treatment.

So here I am, at the sweet spot, reporting back. 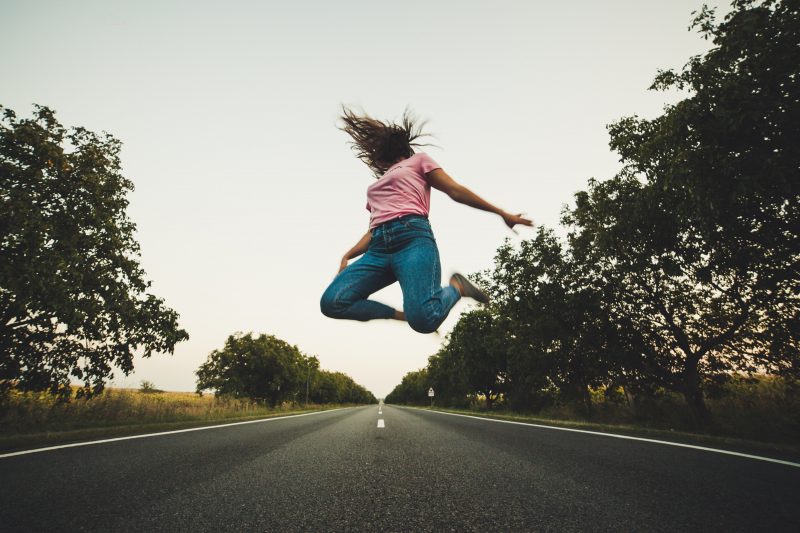 The effect of the Geneveve treatment on leaks

The impact of the Geneveve treatment on your pelvic floor function is obviously going to depend a lot on your circumstances before you have the treatment done. I would say I’m a fairly typical middle aged mother of two in that I generally go about life fairly normally, but if I need to sneeze twice in a row then I WILL cross my legs, just in case.

If you want to imagine it, it’s almost like a sneeze curtsy – legs crossed, little dip, big sneeze. If you are laughing now because you know exactly what I mean then Geneveve is just the sort of treatment you might be interested in.

I was talking about it with friends recently in fact, and one mentioned that her husband was not keen on the ‘cross and sneeze’ strategy.

‘I told him’, she said, ‘I can either cross my legs or I can piss myself. Which would you prefer?’

About six weeks ago I had the ultimate test – one of my coughs.

My coughs are something pretty special. I’m not saying I blame my mum or anything, but let’s just say that smoking during pregnancy, living with four heavy smokers for the first year of my life and then not having the whooping cough vaccine probably didn’t help. My coughs have got better as I’ve got older, thank goodness, but they are still pretty relentless. (And disgusting.)

The first few days of a cough aren’t too bad in the pelvic floor stakes, but towards the end of week two I can sense the exhaustion. It’s like my pelvic floor just doesn’t have the energy left to keep itself together.

‘Seriously??’ I imagine it thinking. ‘It’s nearly two weeks now. I can’t take much more of this.’

Now bearing in mind that this was only about six weeks after the Geneveve treatment, and so still a fair way off peak results, I was pretty impressed with how things kept themselves in place. I could still feel things were starting to go a little downhill in the second week, but I only had one incident where I had a proper cough related leak. I definitely noticed an overall improvement compared to the last cough I had back in October last year.

Since the cough I’ve only had one small leak where a sneeze caught me by surprise in a lift when I quite needed a wee anyway.

Not bad at all.

The effect of the Geneveve treatment on sexual satisfaction

(ALL FAMILY MEMBERS LOOK AWAY NOW.)

This aspect is a slightly trickier issue to report back on, as I’ve not actually had sex since I had the treatment done, so I’ve not been able to conduct official comparison trials.

According to clinical studies though, 9 out of 10 women reported increased arousal and sexual satisfaction after the treatment. It’s all to do with the strength of your introitus, which is the lower third of your vagina – the bit near the entrance. It’s this bit that’s key in terms of sexual sensation, both for men and women, and it’s this bit that the Geneveve treatment focuses on.

Geneveve refers to the introitus as part of the ‘orgasmic platform’, which is a stage I’m sure would be popular at any festival. ‘The introital tissue is also connected to the clitoris,’ the Geneveve website tells me, ‘via the clitoral crura, or arms. Improving tissue elasticity here not only increases pleasurable friction at the point of entry, it helps with transmission of the sensation to the clitoris, which contributes to orgasm.’

So that’s the science for you.

Now here’s the rub from my perspective. (Pun intended.) I have conducted certain solo experiments, purely for the purposes of this review of course, and I can feel a difference. I tried to be as objective as possible, and properly think about the sensations, but I’m sure I can feel a difference in terms of the intensity of orgasm.

It’s hard to describe exactly, but the best way I can put it is an increased awareness that my vagina exists. It’s like it is making its presence felt more if that makes sense? Like I KNOW it’s there.

I was thinking about the whole ‘not being able to test the results during sex’ thing in fact, and actually I think it’s pretty fitting. The Geneveve treatment isn’t something aesthetic – Dr Mayoni was quick to point out that they are definitely not in the business of designer vaginas.

My initial jokes about vaginal renovation aside, the Geneveve treatment is not about trying to impress anyone or please anyone other than yourself. As I find myself on the cusp of turning 40, it feels like something I have done for ME, as a way of taking care of myself and my body. Yes, the treatment isn’t permanent, but perhaps it doesn’t need to be. Perhaps all we need sometimes is something to kick start us into a bit more self care, something to motivate us to actually DO those pelvic floor exercises regularly, because we’re worth it.

*flicks hair in a sassy way*

Not only have I noticed the physical differences from having the Geneveve treatment, but I’ve also felt more empowered personally, both to prioritise my own body and to talk about it with other people.

That has to be a good thing doesn’t it?

Find out more about the Geneveve treatment here or go direct and chat to Dr Mayoni at The Clinic. 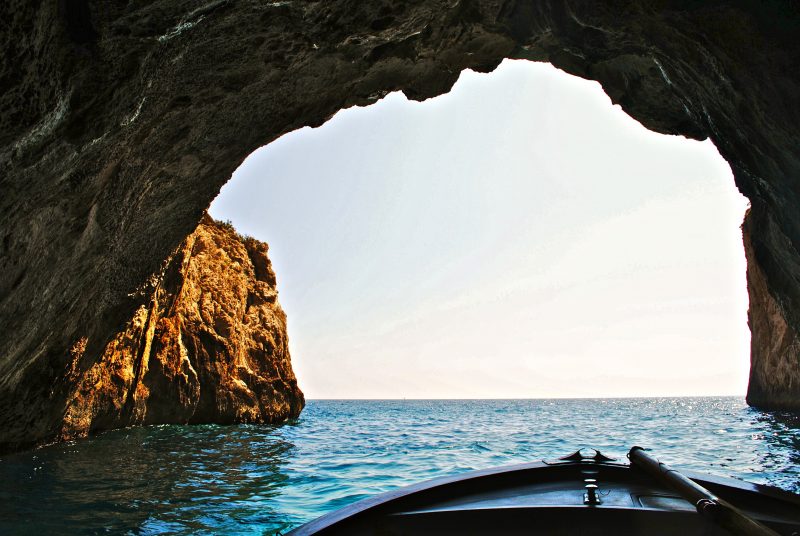 I looked up alternative names for vaginas and one was ‘chasm of doom’, which I thought was a bit harsh. I feel like whoever came up with that one has some issues.

This is a sponsored post. All opinions are honest and my own. Photo by Stefan Johnson, Alexei Scutari, and Sarah Crutchfield on Unsplash