I have to say, single life is growing on me.

I don’t miss anything much about being in a relationship to be honest, apart from cups of tea in bed. I feel happier than I have in a long time – relaxed, peaceful – I like it. There are very few things that I feel I can’t do perfectly well either for myself or by myself.

Everything about cars fills me with dread to the point that I don’t even like putting in petrol. I put it off and put it off until my petrol light has been on for about two days and the stress of potentially embarrassing myself by running out at the side of the road ultimately outweighs the loathing of the task ahead.

It’s one of the only times when I find myself fantasising about having a boyfriend. He would be the kind who notices that my fuel is low and goes and fills it up, ready for next time I want to use the car, possibly leaving a tin of peach flavour travel sweets in the glove box just as a little extra.

The main reason I put that satsuma in front of the engine warning light was that I couldn’t bear the thought of having to DEAL WITH IT. I didn’t want to phone a garage, talk to a human, take in the car, talk about things I don’t understand, go back to fetch it…

God what a faff. I don’t know what it is but the whole process makes me feel kind of hopeless and weird.

What I really need when it comes to car maintenance is some sort of service that you can book online, where someone reliable and trustworthy just turns up at your house and gets on with things. No phone calls, no scary garages with Heart FM blaring in a tinny way at a ridiculous volume, no awkward wandering about the streets waiting for them to call and say you can come back and pay a MILLION POUNDS to pick up your car. Just nice and simple, no effort required.

OH HELLO THERE TYRES ON THE DRIVE.

What, quite honestly, is not to love?

Predictably I have never had the tyres replaced on my current car, so I positively leapt at the change to review the Tyres on the Drive service.

My tyre fitter was called Ricky. He called me when he was half an hour away, turned up as promised looking very smart and friendly and immediately got to work. 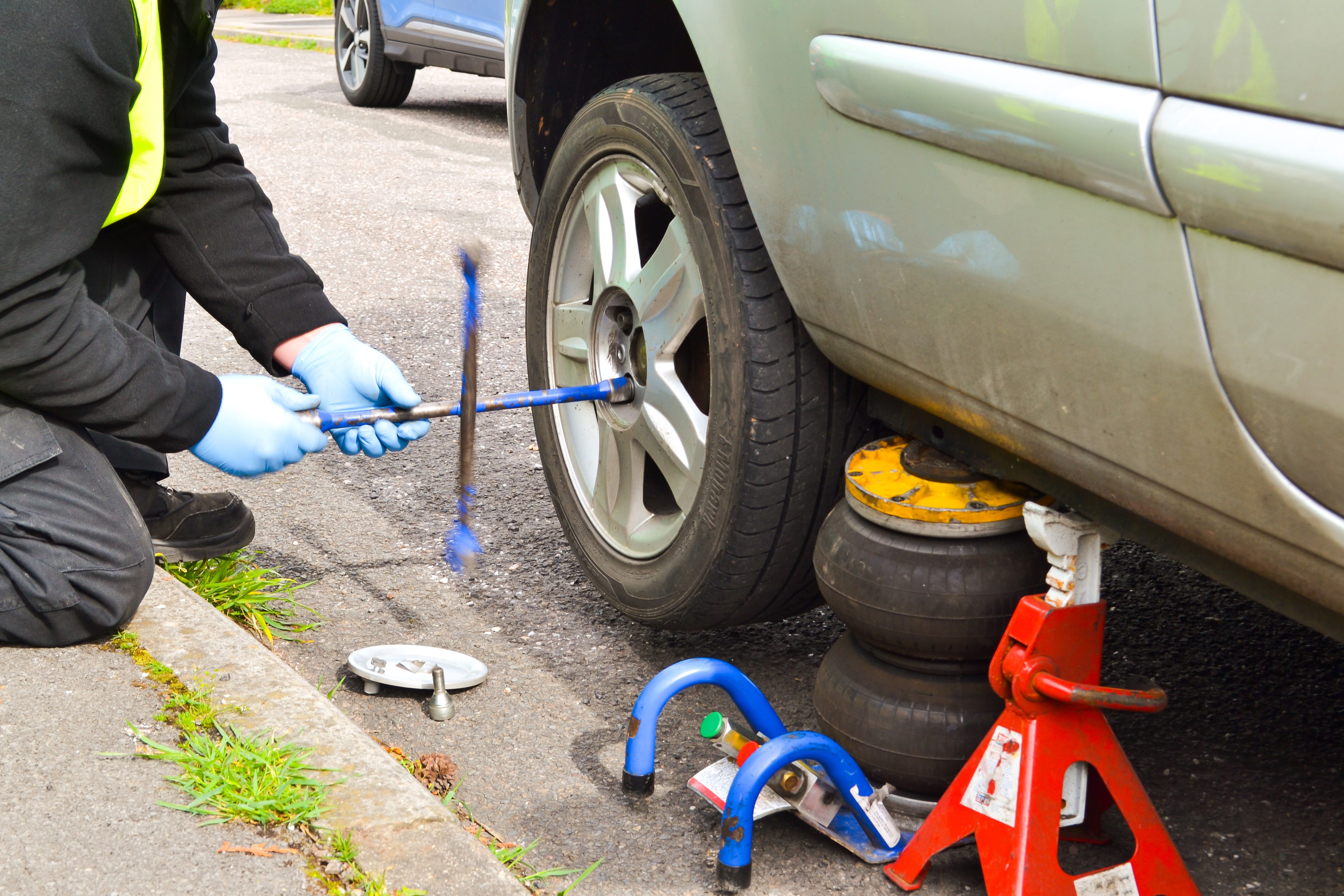 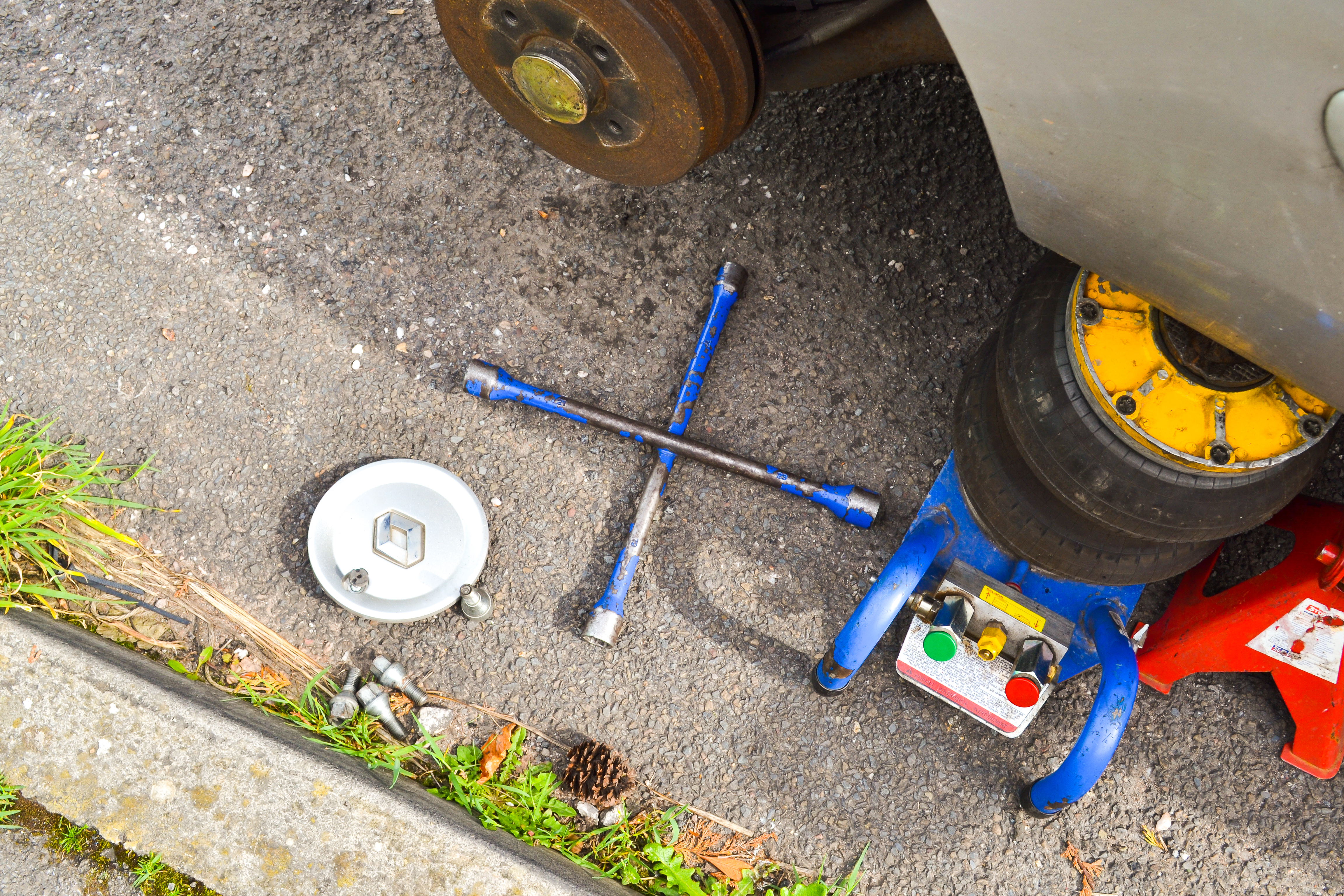 Fun fact: Ricky told me that Tyres on the Drive are the only tyre fitting service who DON’T use air guns. Apparently this is much better for the tyres as you don’t risk damage to the bolts.

Once he had taken off each tyre, Ricky took it into his van, which is basically a tiny garage on wheels. In the magical tyre van Ricky could then take off the old tyres off the alloys and replace them with new Bridgestone tyres.

Cue much sniggering from me as Ricky told me about always using rim protectors.

I asked Ricky lots of questions, (apparently it is VERY difficult to overfill a tyre to the point that it explodes), and he told me about his experiences as a tyre fitter both in a centre and on the road.

Apparently some people can be a bit suspicious of mobile tyre fitting services as they feel it must be inferior or that corners would be cut, but Ricky says it’s actually the opposite. A mobile fitting service like Tyres on the Drive is much more transparent – you can get properly up close and watch everything that goes on – so there really isn’t any room for short cuts. 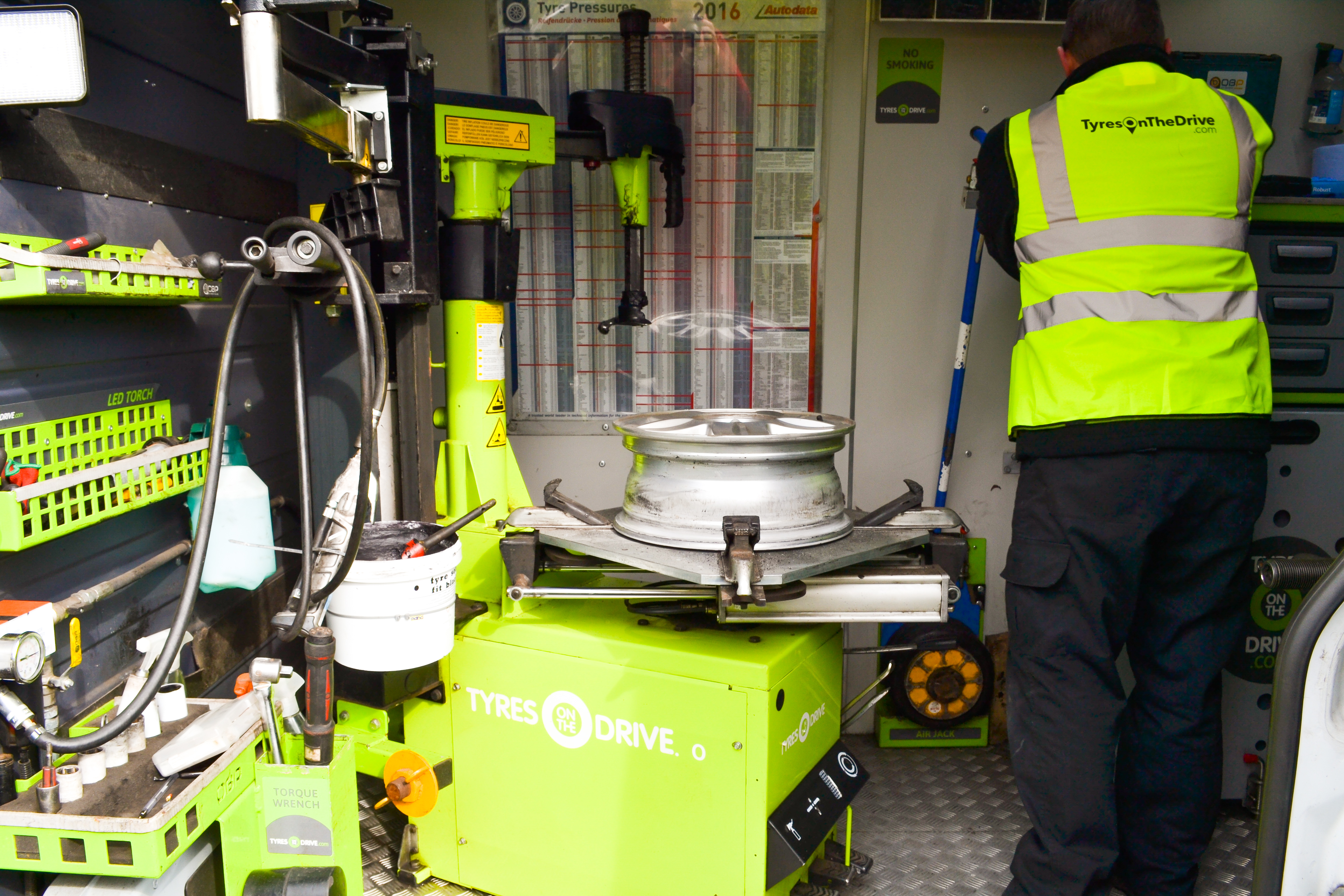 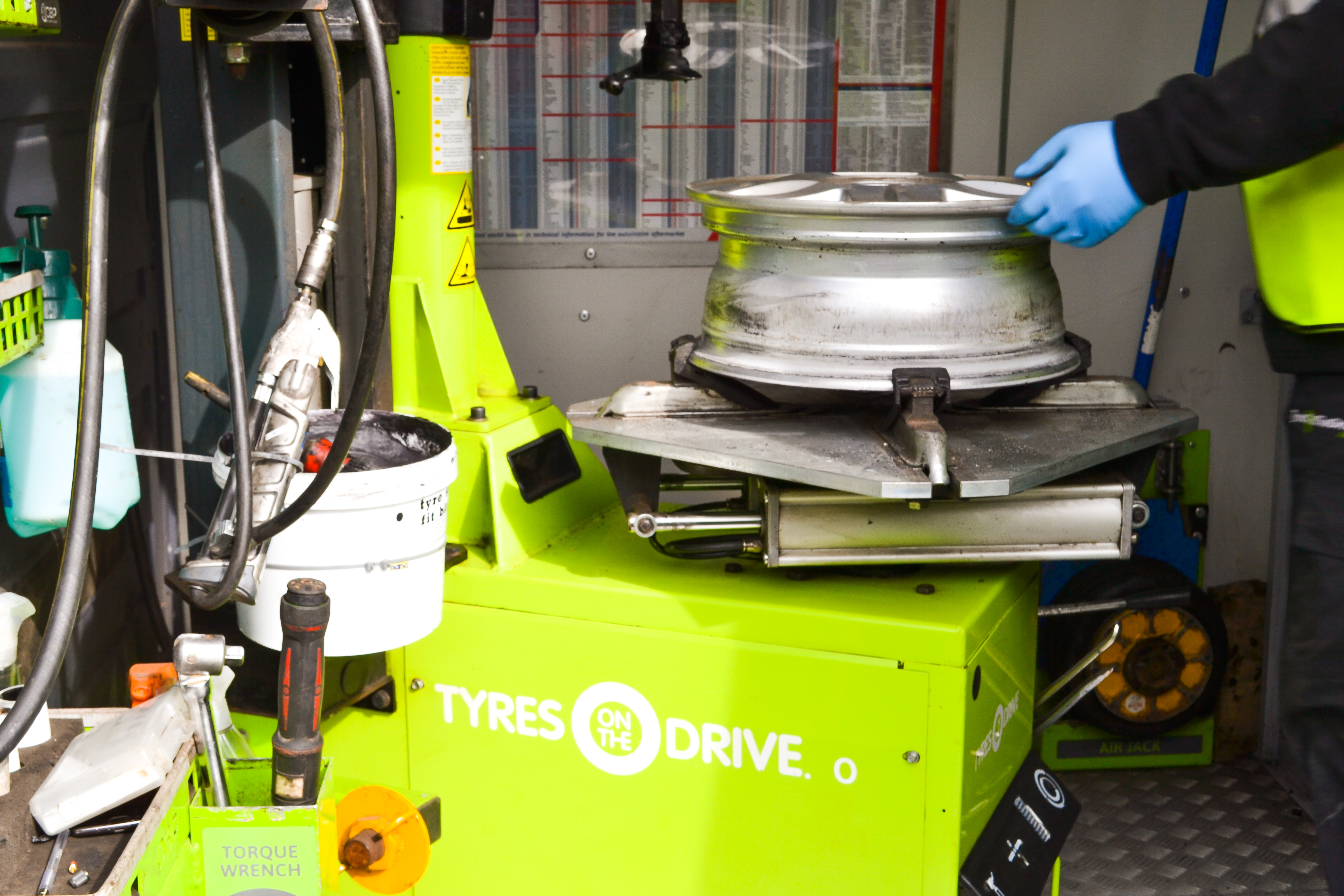 It took Ricky just over an hour to replace all four tyres with new Bridgestones, (including my interruptions), and when he was done he gave me the option to swap in my best old tyre as a spare, keep any that were in a reasonable condition or to have them all taken away and recycled. 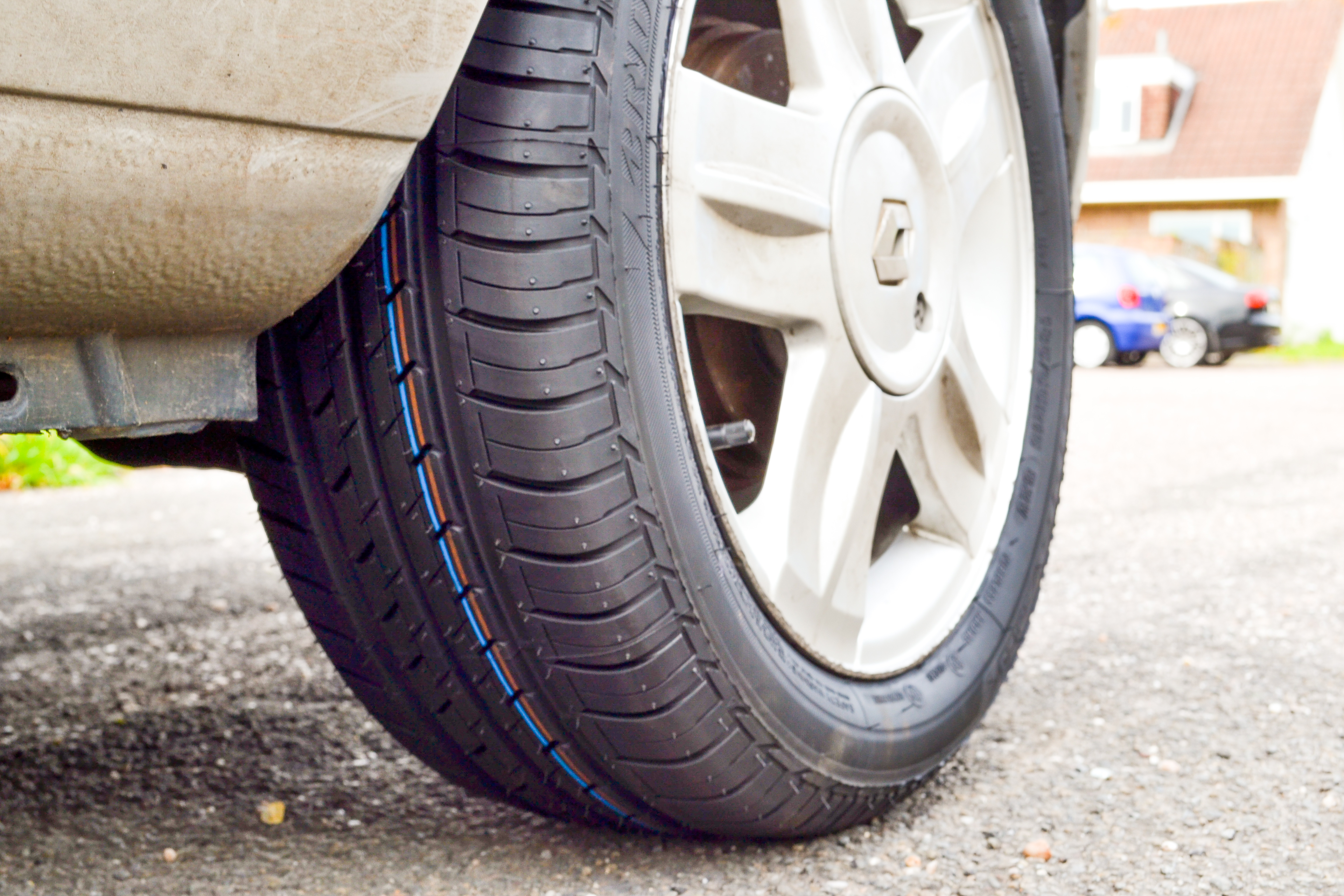 Obviously I need to clean the car now to match, but baby steps.

I was really impressed with the whole service, from the booking right through to the aftercare. Ricky was professional and friendly at all times, despite my inappropriate attempts at humour, and did an efficient and thorough job from his magical tyre fitting van.

All I needed was for him to have left that tin of peach flavour travel sweets in the glove box and it would be the perfect experience.

Find out more about how Tyres on the Drive could replace your tyres without any stress here. 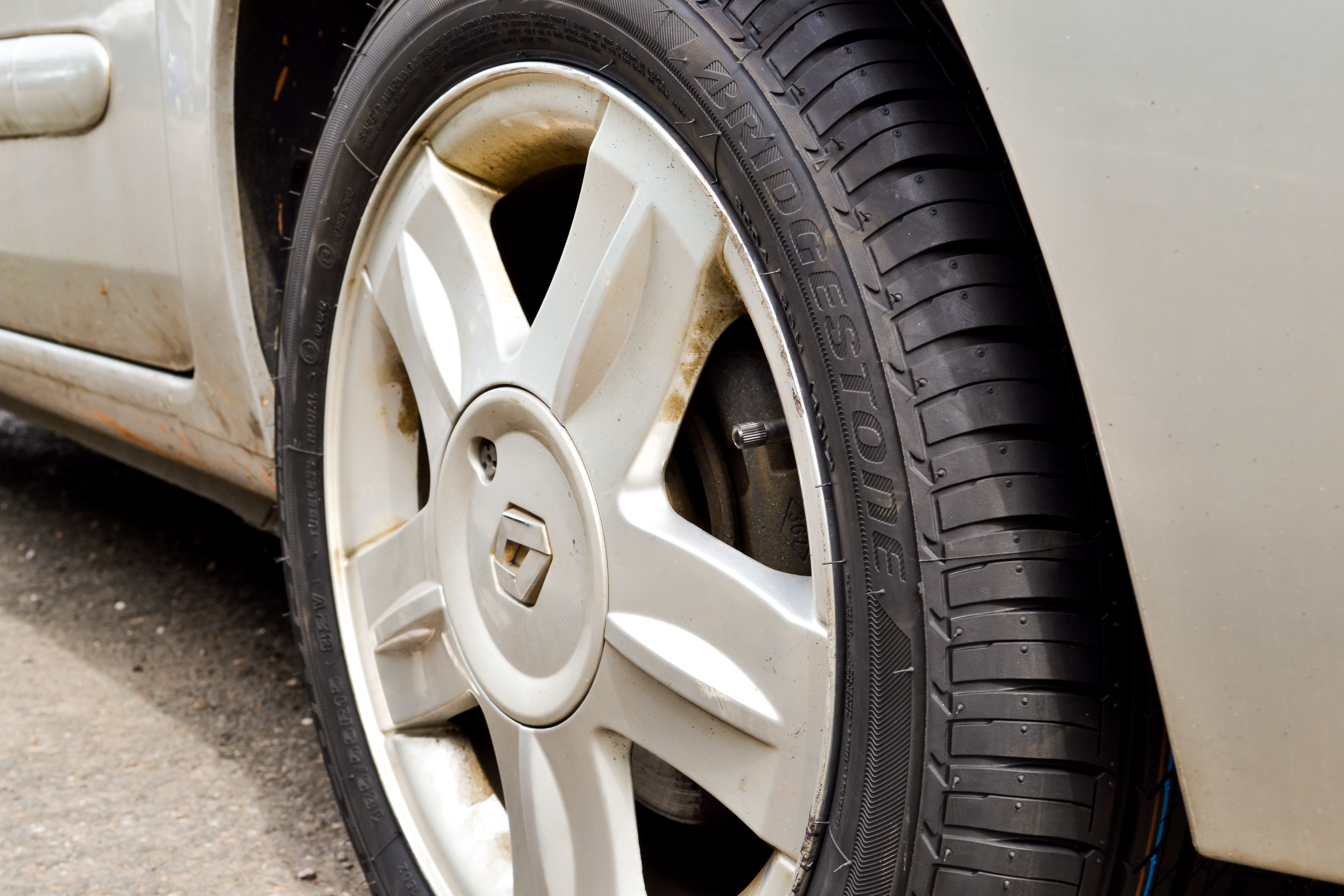 I was provided this service free of charge for the purposes of this review. All opinions are my own.