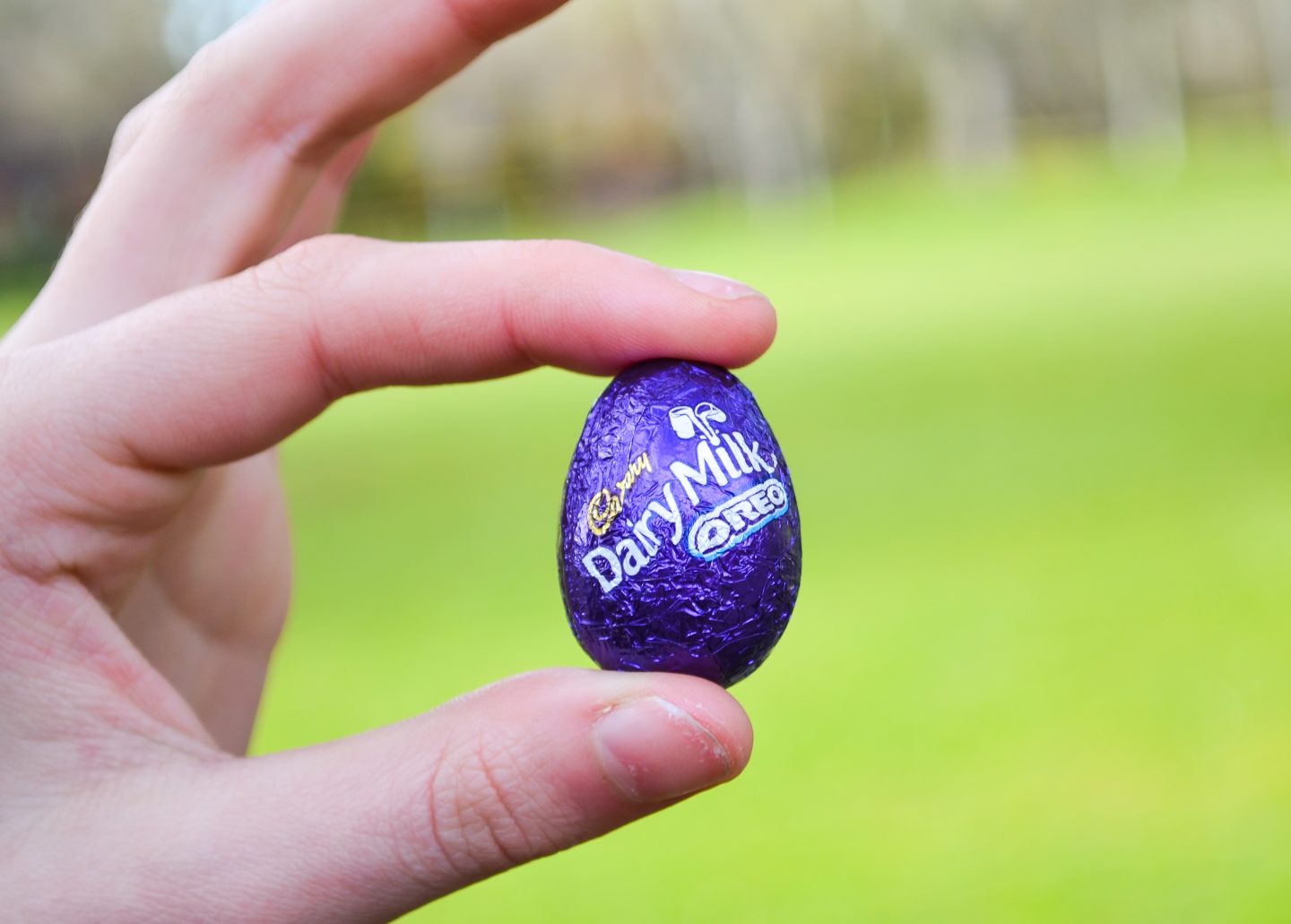 Our traditional Easter egg hunt this year is going to involve a bit of STEALTH.

About six years ago now we began what would go on to become something of an Easter egg hunt tradition. A friend of mine, Lucy, who I met at a breastfeeding group when Belle and her daughter Ella were babies, moved into a flat with a central, communal garden. By this point she also had a second daughter, Josie, who is a few years younger than Belle and Ella.

Lucy is big on Easter – she does magical Easter decorations and everything – so she invited us round to do an Easter egg hunt in the communal garden. It wasn’t a huge garden, and the whole time she was there no one else ever seemed to use it. The egg hunt was a great success. All three girls, plus some extra randoms from the street, charged around the garden, frantically sweeping creme eggs into their Easter buckets, barging each other out of the way in a bid to be the first to snatch up the bags of mini eggs 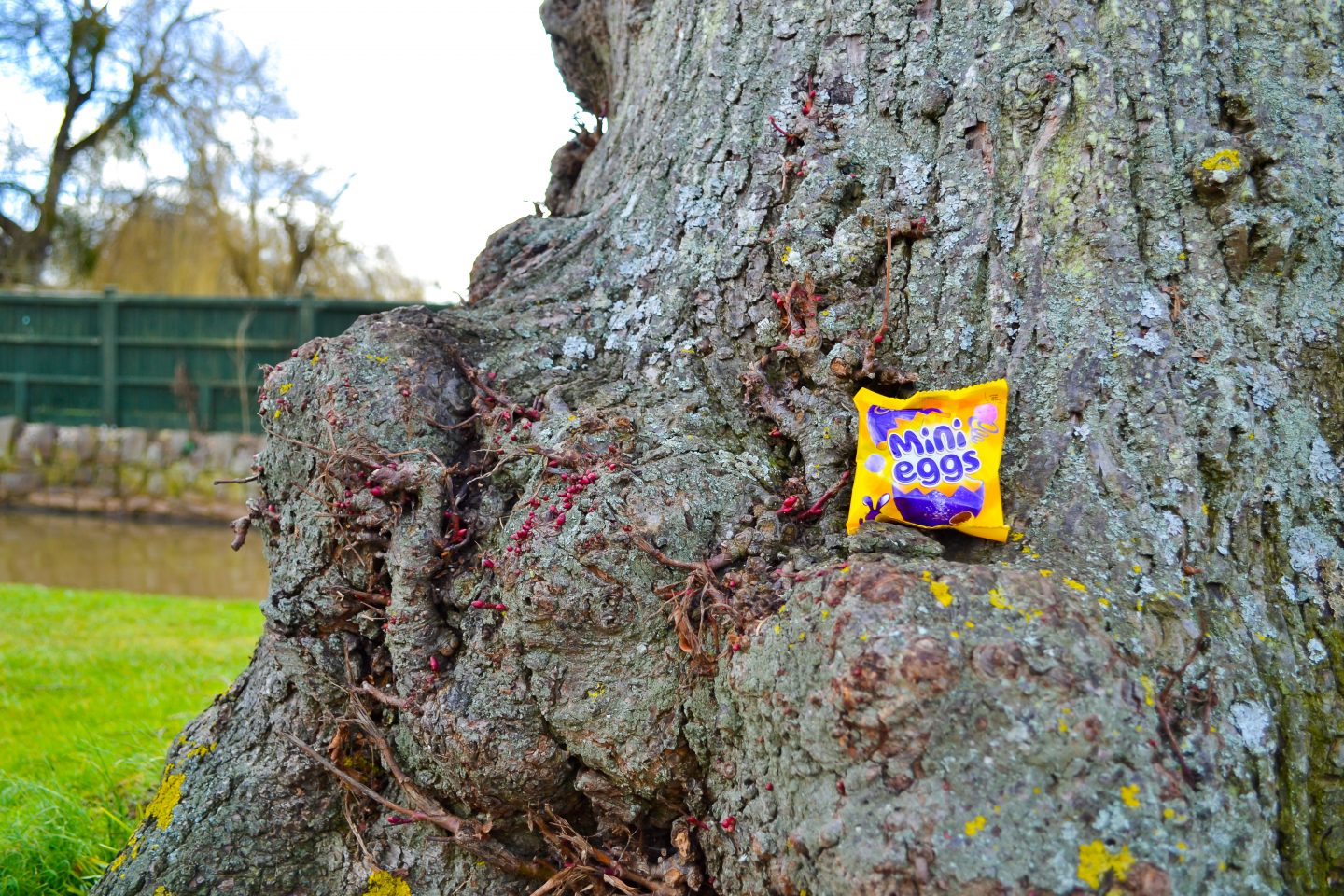 And there the tradition began.

A few years later Lucy moved house. You might think that this would have been the end of our annual Easter egg hunt but no, we ensured the tradition continued by moving into Lucy’s empty flat. I mean sure, the Easter egg hunt wasn’t the ONLY reason, but it was a definite perk.

For another three Easters then we happily filled the garden with mini eggs and watched from the upstairs windows as Belle, Ella and Josie rummaged in the shrubbery.

You might think that by the age of 15 the novelty of an Easter egg hunt would wear off but you would be wrong. If anything, they’ve just got more keen as the years have gone on. I guess it’s the comfort of a ritual, plus the promise of a shed load of chocolate – what’s not to love about that? Let’s be honest, I reckon if someone told me they had hidden a four pack of Egg and Spoon Oreo eggs in the garden for me that I’d probably get my shoes on an have a look. 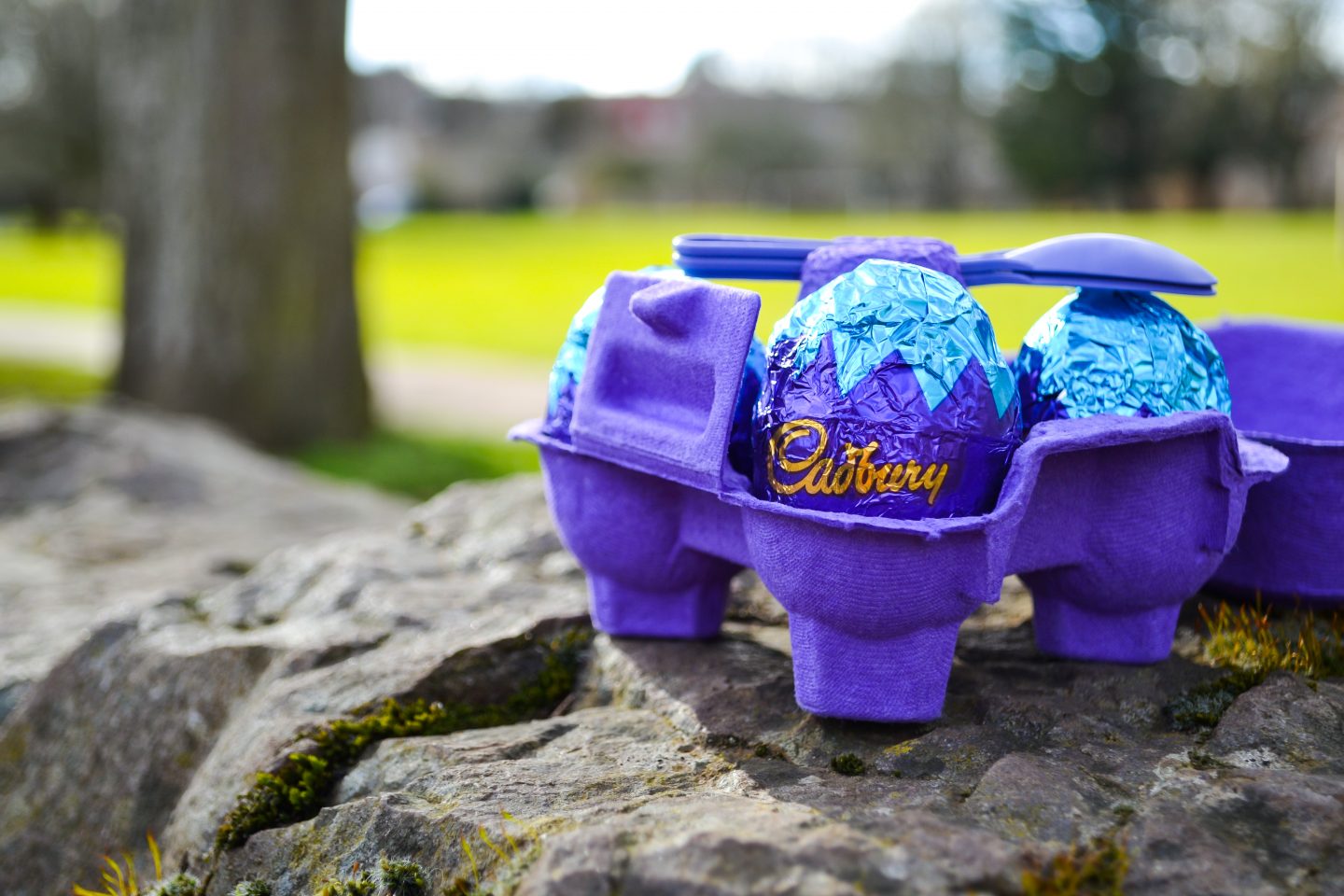 What I’m saying is, an Easter egg hunt is fun whatever your age, especially when it’s a Cadbury Easter egg hunt. (Let’s face it, we all know Cadbury chocolate is the best don’t we?) The Cadbury 2018 range has even more egg-citing new products, (sorry), as well as classics like mini eggs and creme eggs.

I don’t think I have ever had an Easter when I haven’t eaten a creme egg. 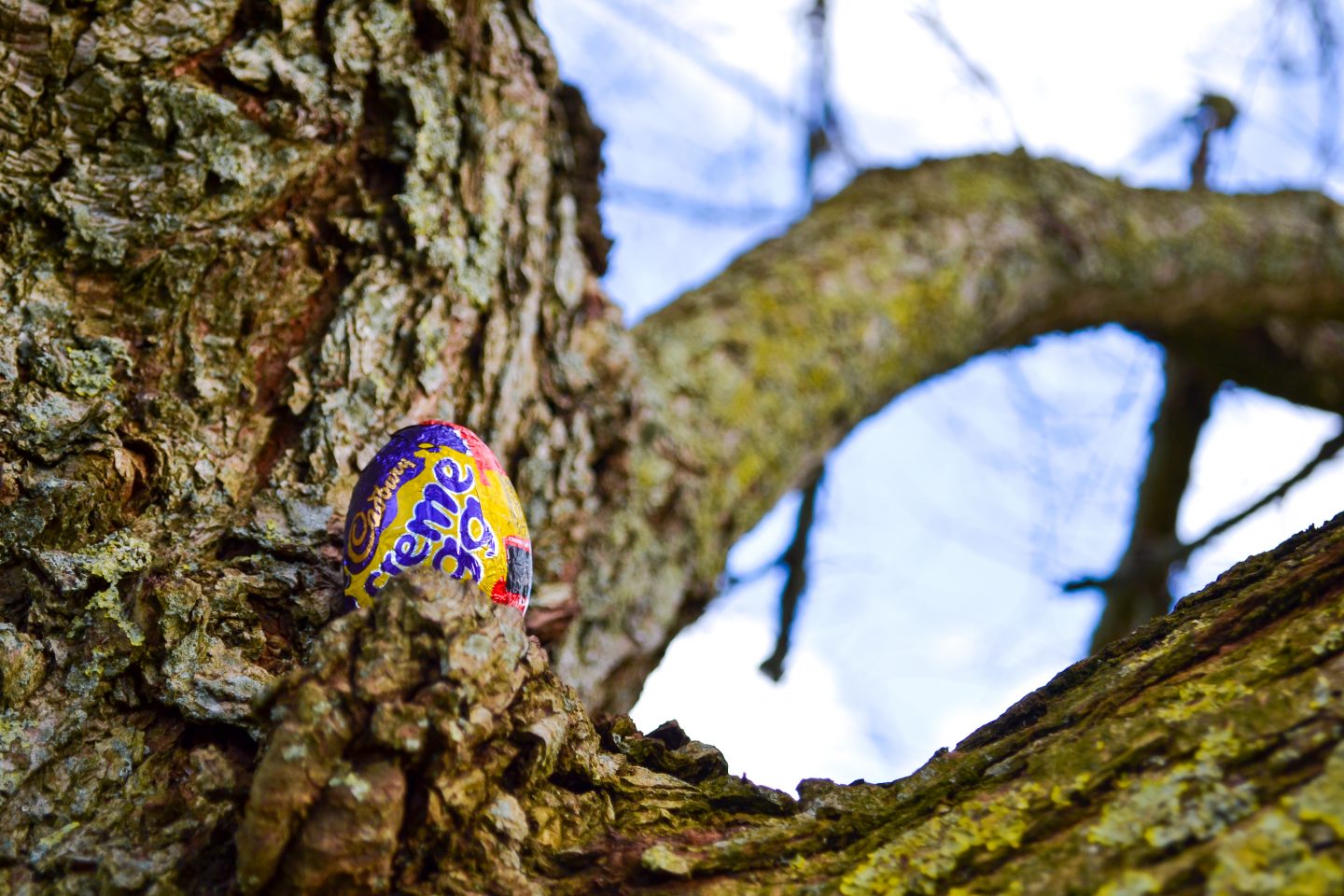 Last summer though, I bought my own house, and Belle and I moved out of the Easter egg hunt flat. We tried to think up another friend who we could get to move in, but to no avail. What to do??

Luckily for us we’ve only moved about a mile away and the communal garden is easily accessible. Would it really be so wrong if we just snuck in for half an hour with our buckets full of mini-sized Cadbury Dairy Milk Daim eggs? I think it’s worth the risk. Plus if anyone objects then we’ll have the perfect bribe to hand.

Who could say no to Peter Rabbit?? 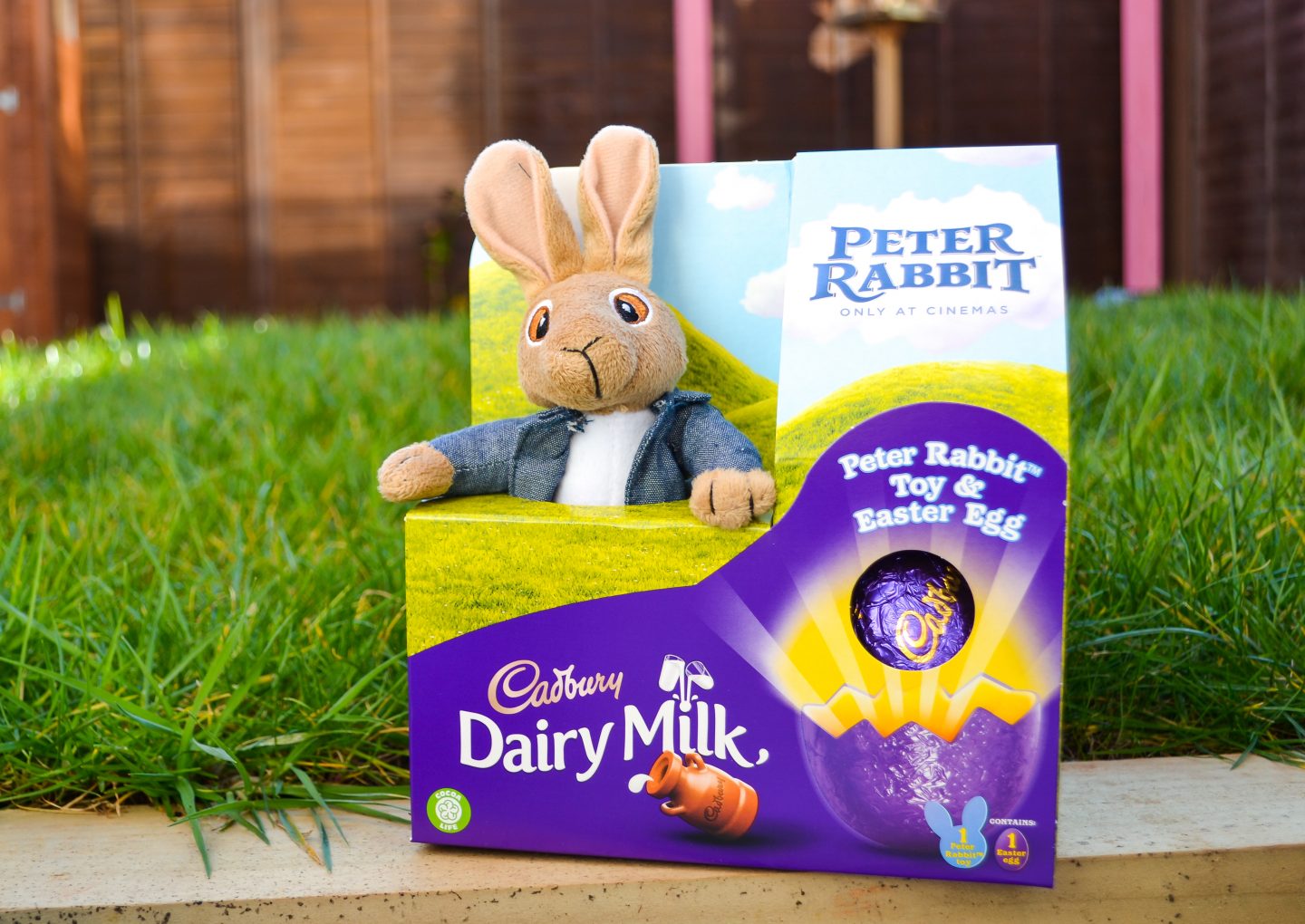 If you want to save the effort of shopping around, why not pick up a Cadbury Egg Hunt Pack for £6.99? It’s everything you need for an Easter egg hunt, in your own garden or someone else’s.

Don’t forget your Easter themed reading too – singer-songwriter and mum of two, Frankie Bridge, is getting ready to launch her debut storybook, ‘The Tale of The Great Easter Bunny,’ in partnership with Cadbury this Easter. The perfect gift at the end of an Easter egg hunt. 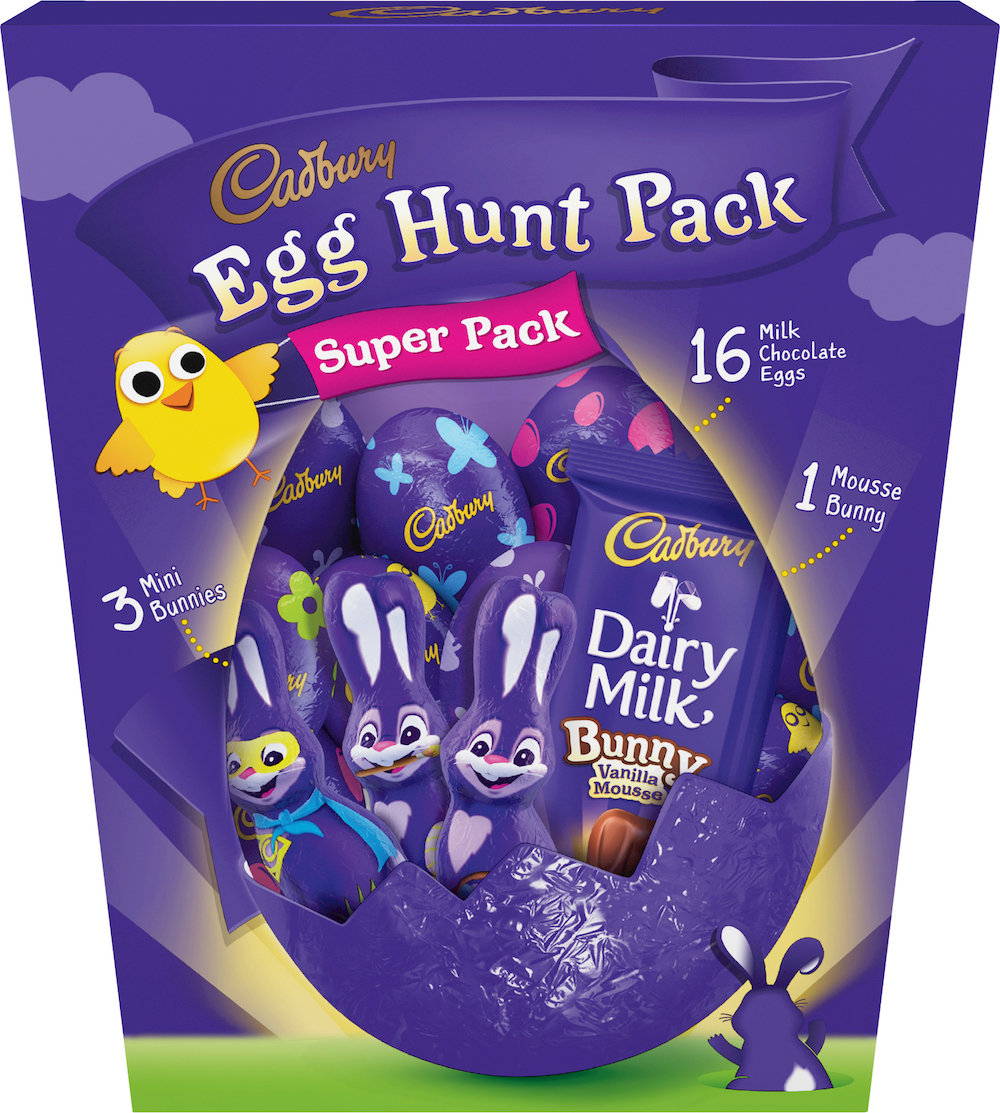