We put a lot of emphasis on relationships with that ‘special someone’, while friendships can often get neglected. We take them more for granted perhaps, or we gather some good friends when we are young and then we stick with them, knowing we don’t have to make too much effort.

A friendship is just like a romantic relationship though, especially as you get older. In school it’s easy – you just HAVE to hang out with people every day – and if you work somewhere with lots of people you like then that’s great, but if you work for yourself and don’t have any babies to take to groups any more, then making new friends can be hard. It takes some work, some investment.

Fortunately I have no shame, so the initial stages are not too tricky for me. I went to a party before Christmas for instance and got chatting to a woman at the bar and really liked her, so I invited her for brunch and now we go out every month. BOOM.

It was similar with my friend Rin.

Rin and I met in an online forum for journalists and decided, as we lived only about an hour from each other, that we’d have brunch. (Brunch is the key to most of my friendships.) Within about half an hour of meeting in person we realised that we both liked Nancy Drew mysteries and that was that. We even ended up running a business together for while, mainly I think as an excuse to hang out with each other for a day a week.

There is a step though in a friendship, just like in a relationship, that feels like taking something to the next level.

Rin has two year old twins now, (#RinsTwins – couldn’t have planned that better if you’d tried), and so when The Olde House in North Cornwall asked if I fancied coming to stay for a lambing weekend, how could I not think of Rin? I did try to get Belle excited about it, but it’s pretty hard to get her exciting about ANYTHING right now, especially farmyard animals. I knew though that Summer and Harmony (how cute?) would be well up for it. I packed some wine and hot cross buns, Rin packed some pretzels and two enthusiastic toddlers and we were set. All the mini break bases covered.

The Olde House is a development of holiday cottages set on a 550 acre working farm in North Cornwall. If the phrase ‘working farm’ makes you nervous and you feel like that sounds a bit ‘rural’ for your tastes then don’t worry, it really isn’t. The cottages are proper big houses – the one we stayed in was bigger than my actual house – and they have everything you need for a proper home away from home. There are over 30 cottages on the farm, ranging in size to suit families of all sizes. 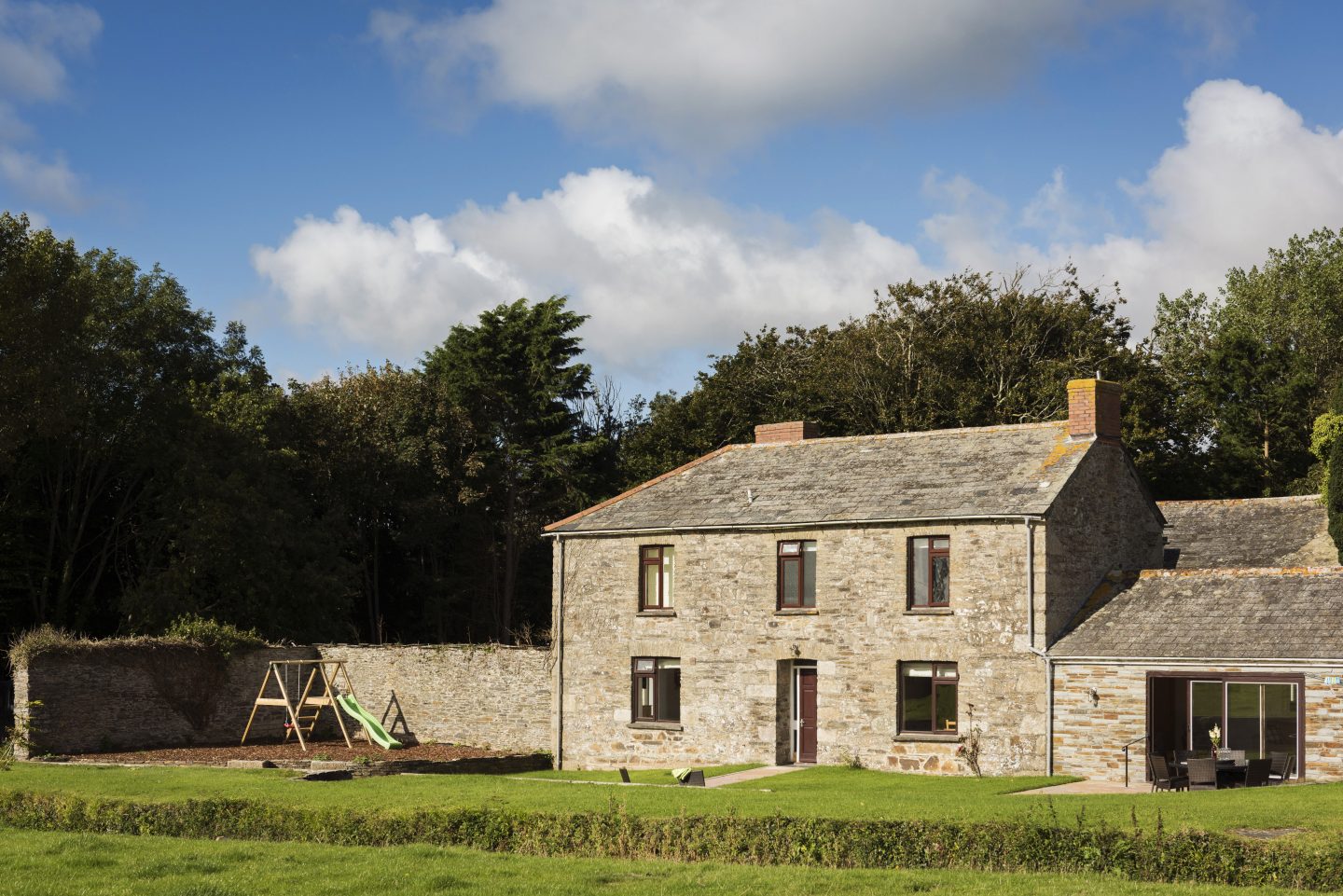 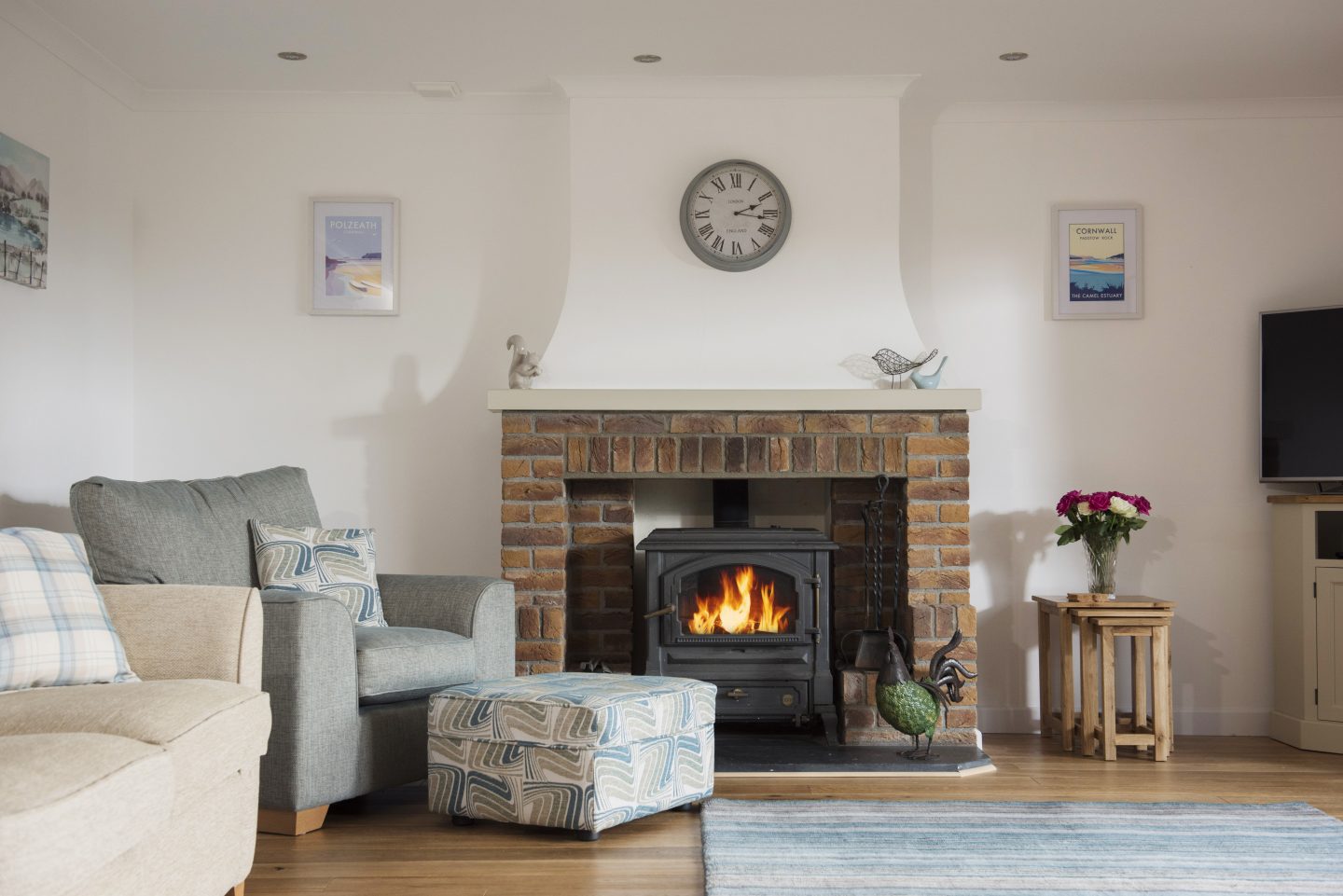 There are a lot of great family facilities on site too, including a soft play area, tennis courts, a bird hide and newly refurbished swimming pool complex. It was handy actually to have another grown up there as Belle loves tennis and I had a nasty cough/am pretty lazy so we did a parent swap one afternoon – Rin played tennis with Belle while I took the twins into the soft play area and coughed gently in a warm corner.

There’s a handy little store room as well where you can pick up essentials like toilet paper and nappies and borrow games, DVDs, wellies, arm bands, surfboards – basically all those things you meant to bring with you but forgot. Going on holiday with small children often means bringing everything but the kitchen sink so in lieu of having to hire a man with a van from Transport Executive to transport all your luggage it’s nice to know there are bits and pieces available to borrow. 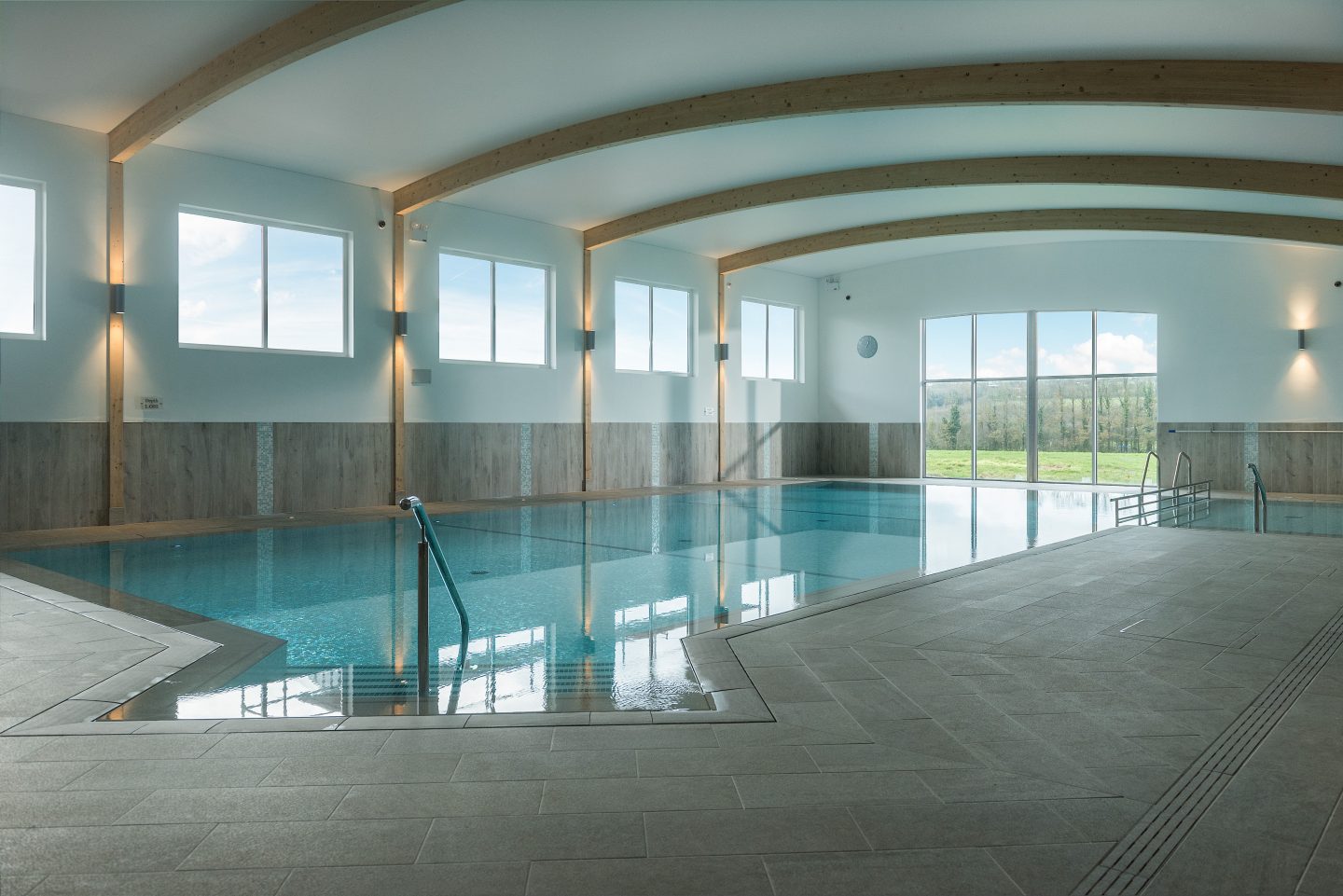 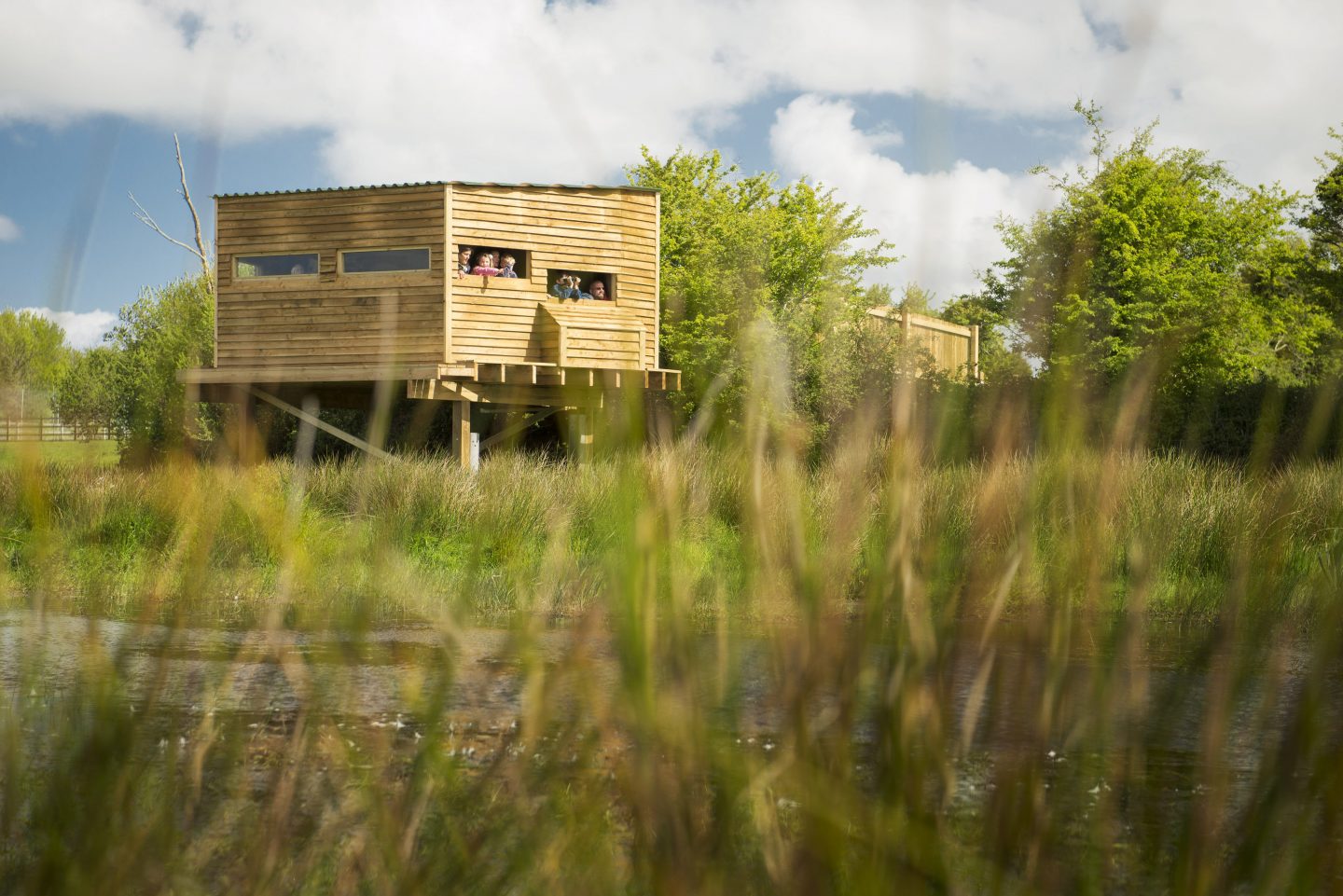 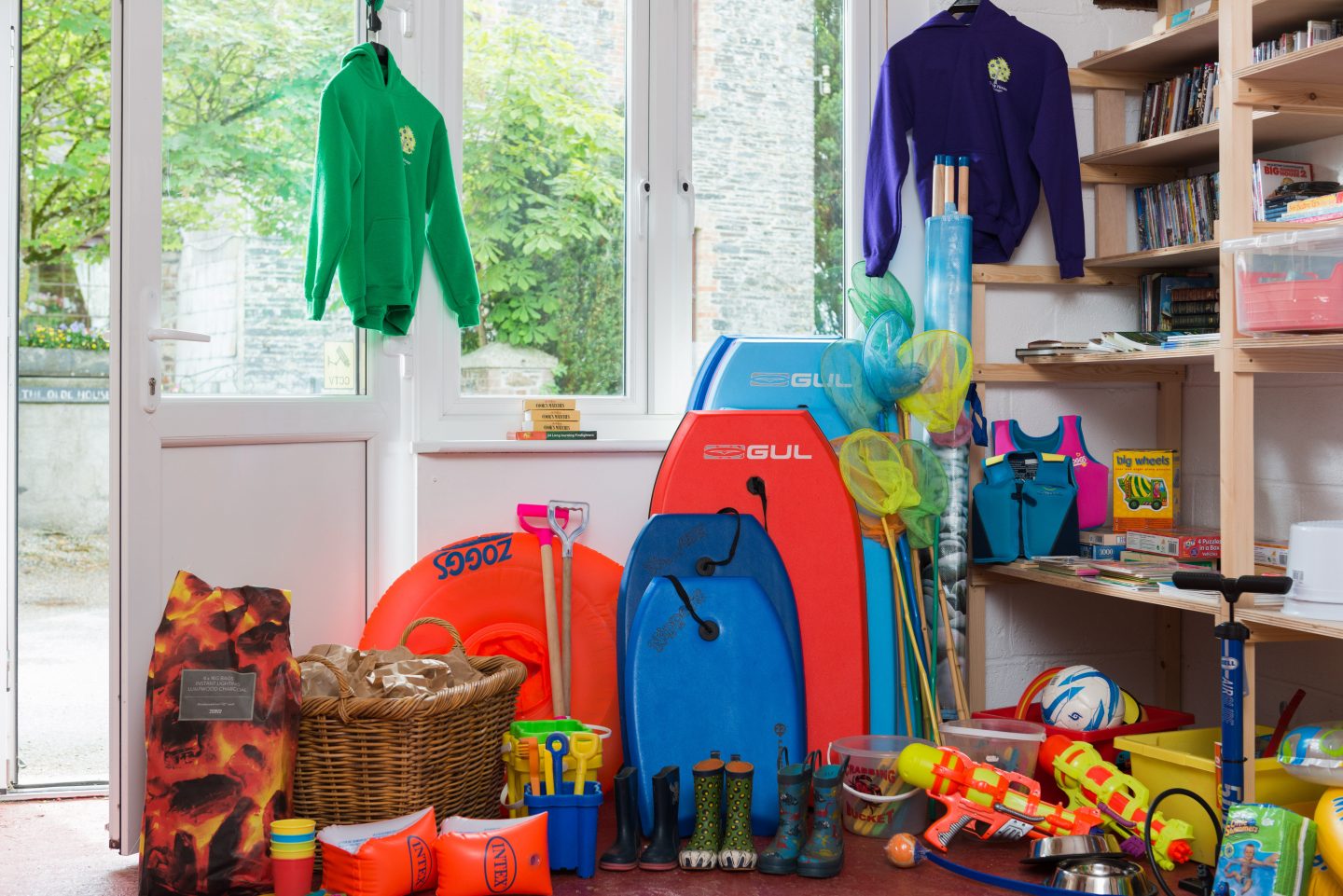 Of course the main pull was the animals as it was lambing season. (When it’s not lambing season there are loads of other things going on at The Olde House, like pond dipping, falconry and woodland activities.)

Teeny tiny baby lambs being ACTUALLY BORN WHILE YOU WATCH?? What’s not to love about that? We did genuinely get to see twin lambs EMERGE on the Saturday morning, which was kind of magical and disgusting in equal measure. Okay, mainly magical, but with quite a bit of gunk too. 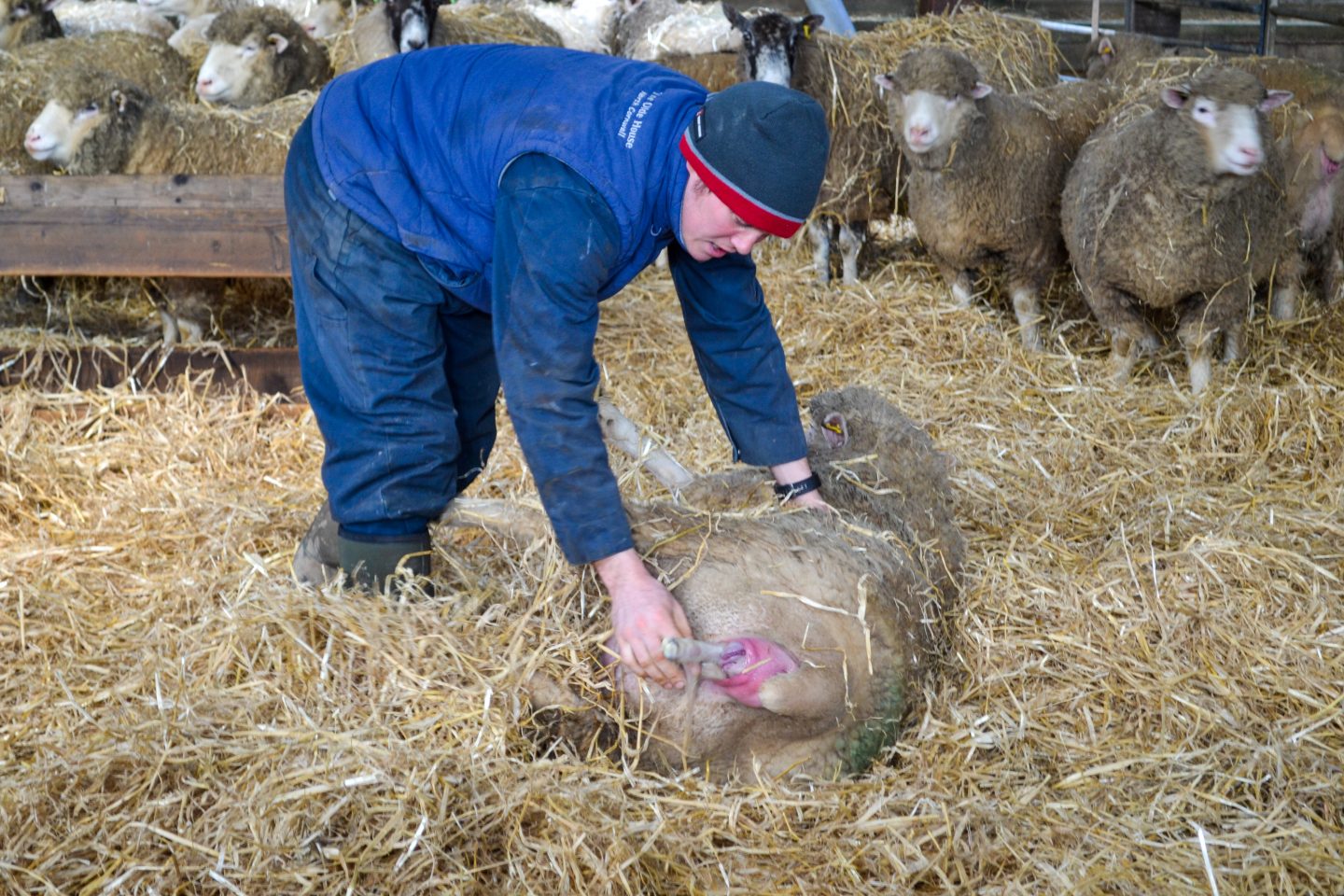 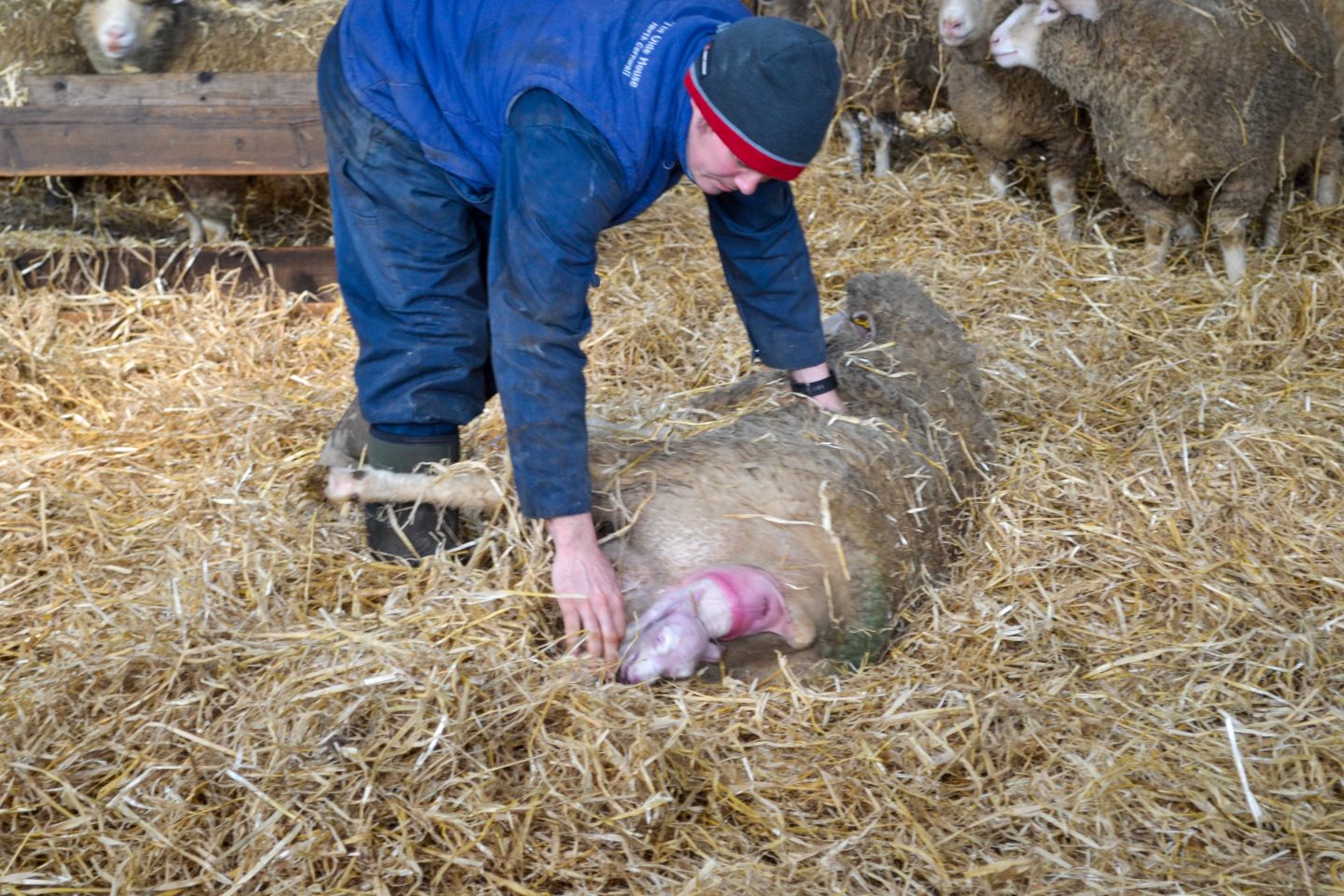 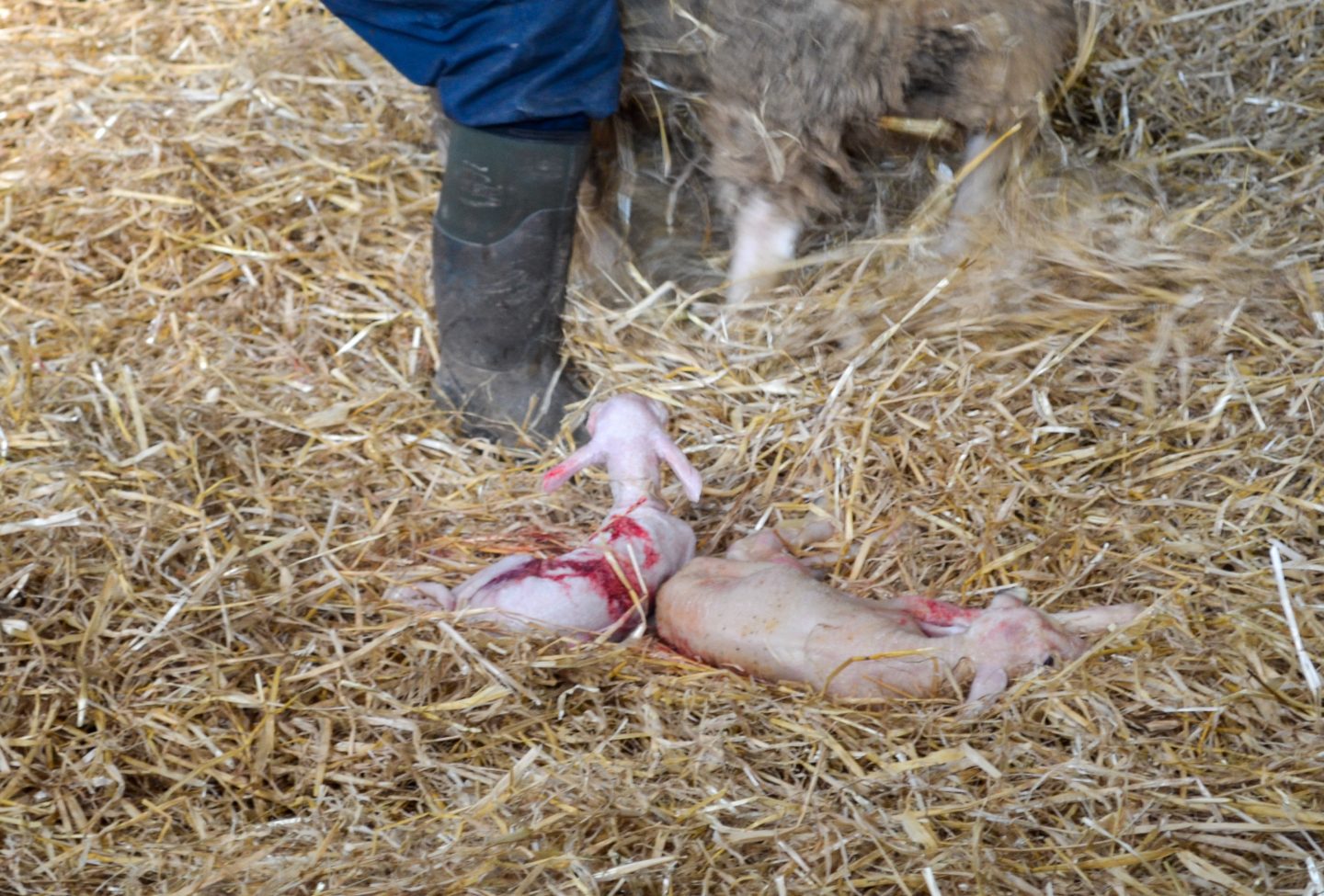 It’s a pretty amazing thing really, to think that in only ten or so minutes after being born these lambs were starting to get to their feet and totter about. Seeing any other animal giving birth always makes me feel like I made a bit of a meal out of my labours. How have we survived so long as a species when birth is so traumatic and our babies are so helpless for so long??

The twins were entranced though, (the human ones), and then they got to feed some baby lambs too. 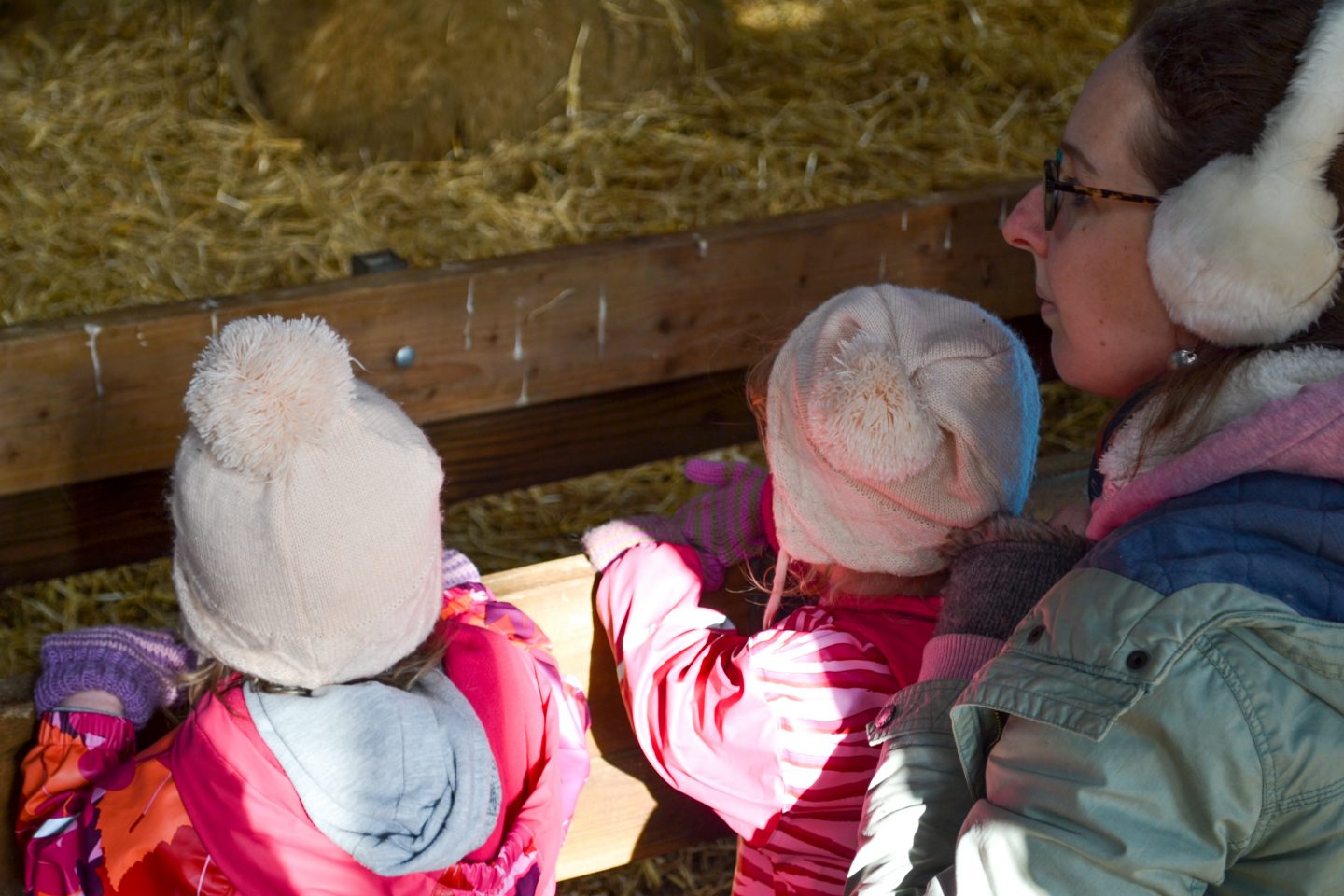 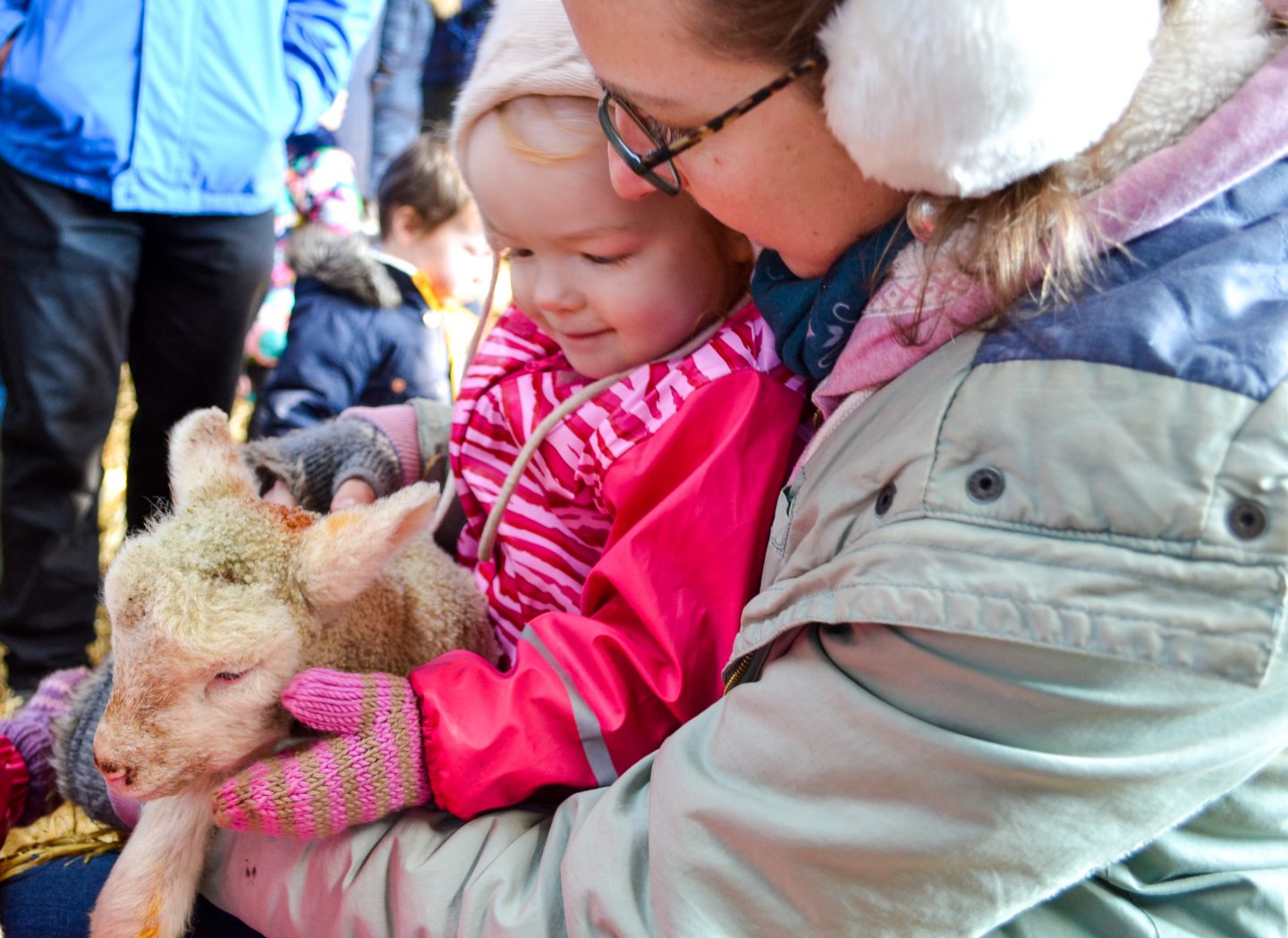 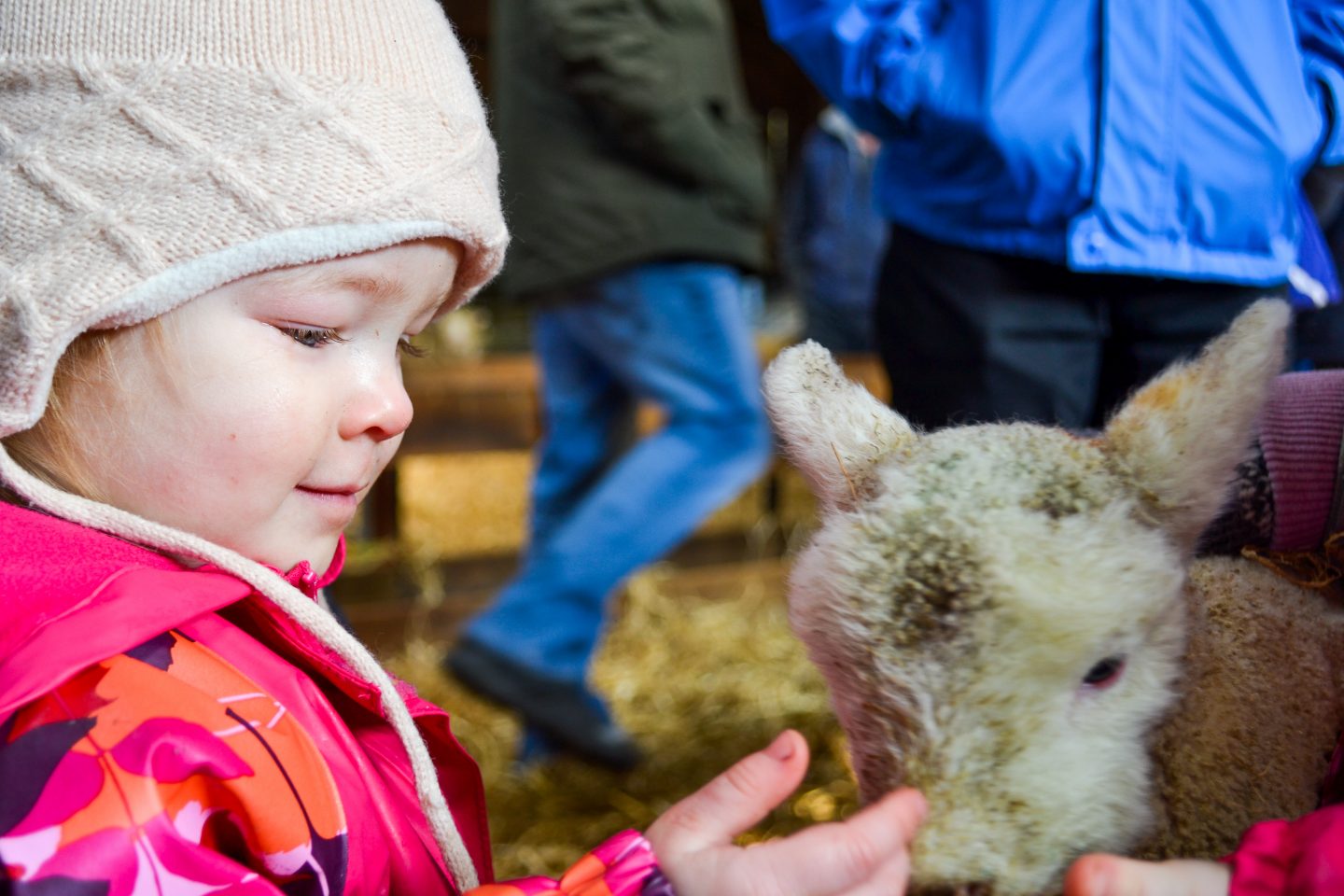 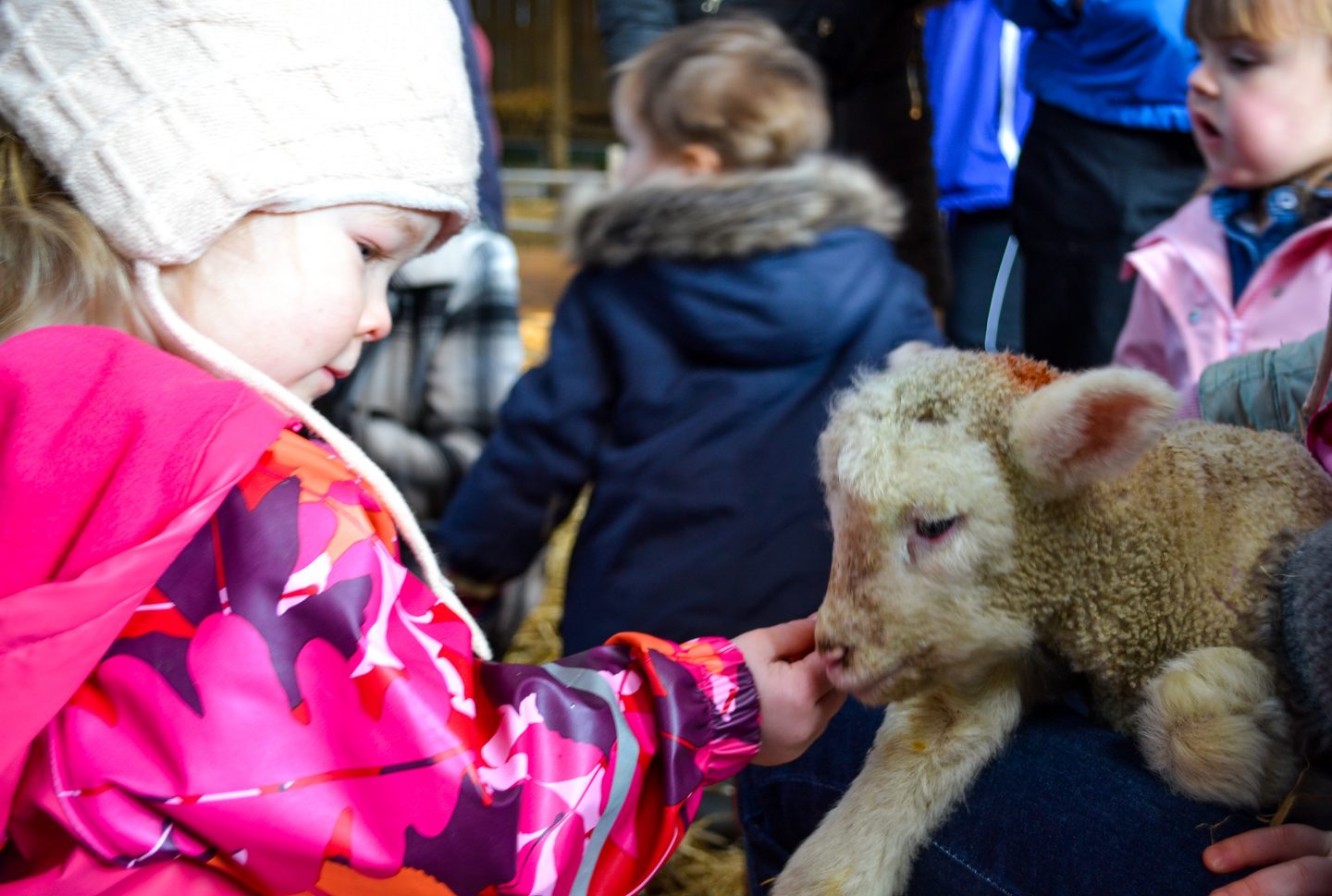 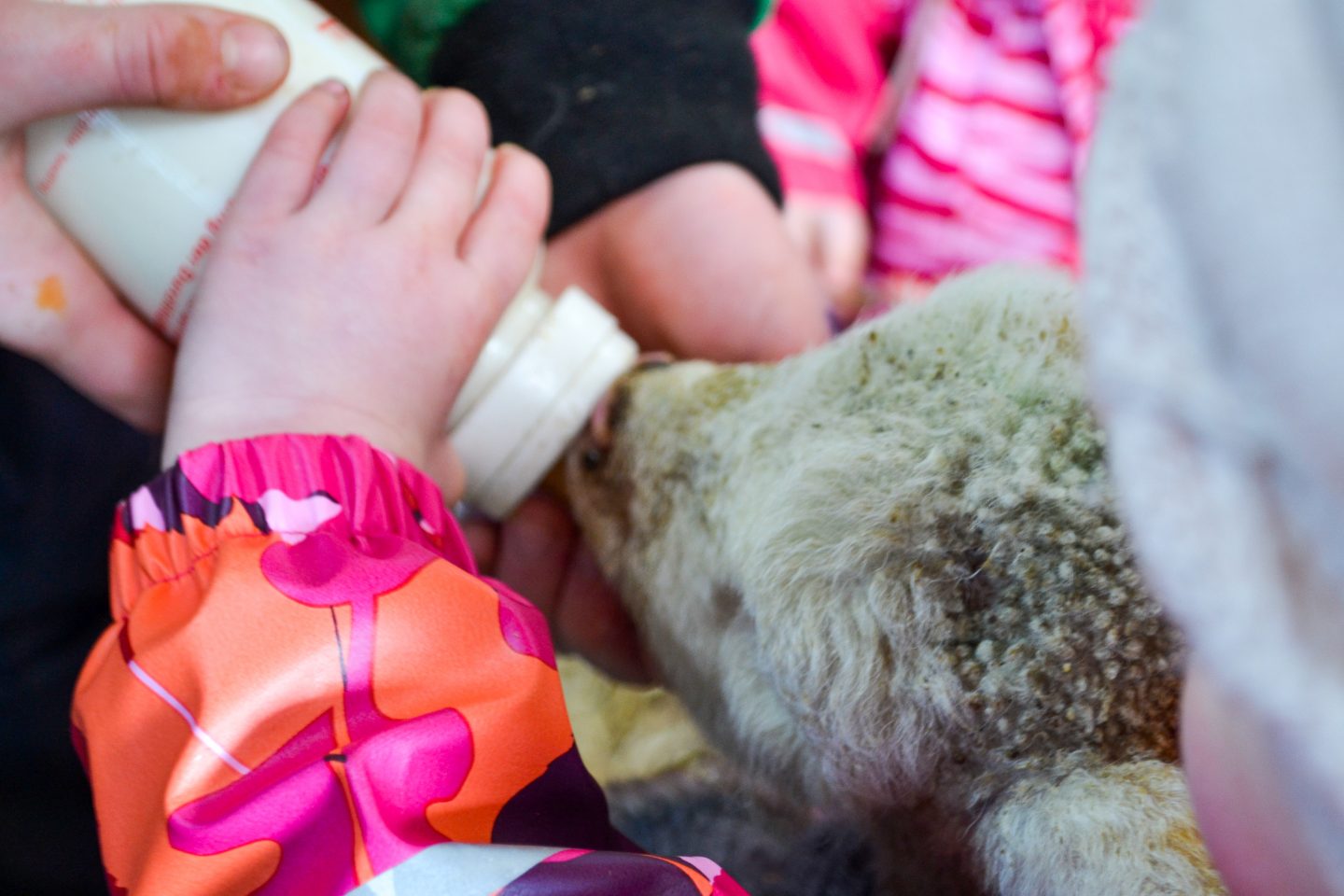 Self catering is such a good option when you have small children. It means you can be totally flexible about your routine and keep everyone happy. We cooked at home both evenings that we stayed at The Olde House and it meant Rin and I were able to have a casual glass of wine or two, and the twins could be off to bed while we played games and watched a couple of films with Belle.

Overall then we had a fantastic time. It was so lovely to get to spend the whole weekend with Rin and her girls and by the end of our stay I really felt like I’d got to know Summer and Harmony in a way I’d not had the chance to before. I did wake up on the Sunday morning wondering why my arms felt like I’d done a workout the day before, but then it’s a long time since I’ve carried a small child anywhere for any length of time.

We would all definitely recommend a family holiday at The Olde House.

By the end of the weekend even Belle was smiling. 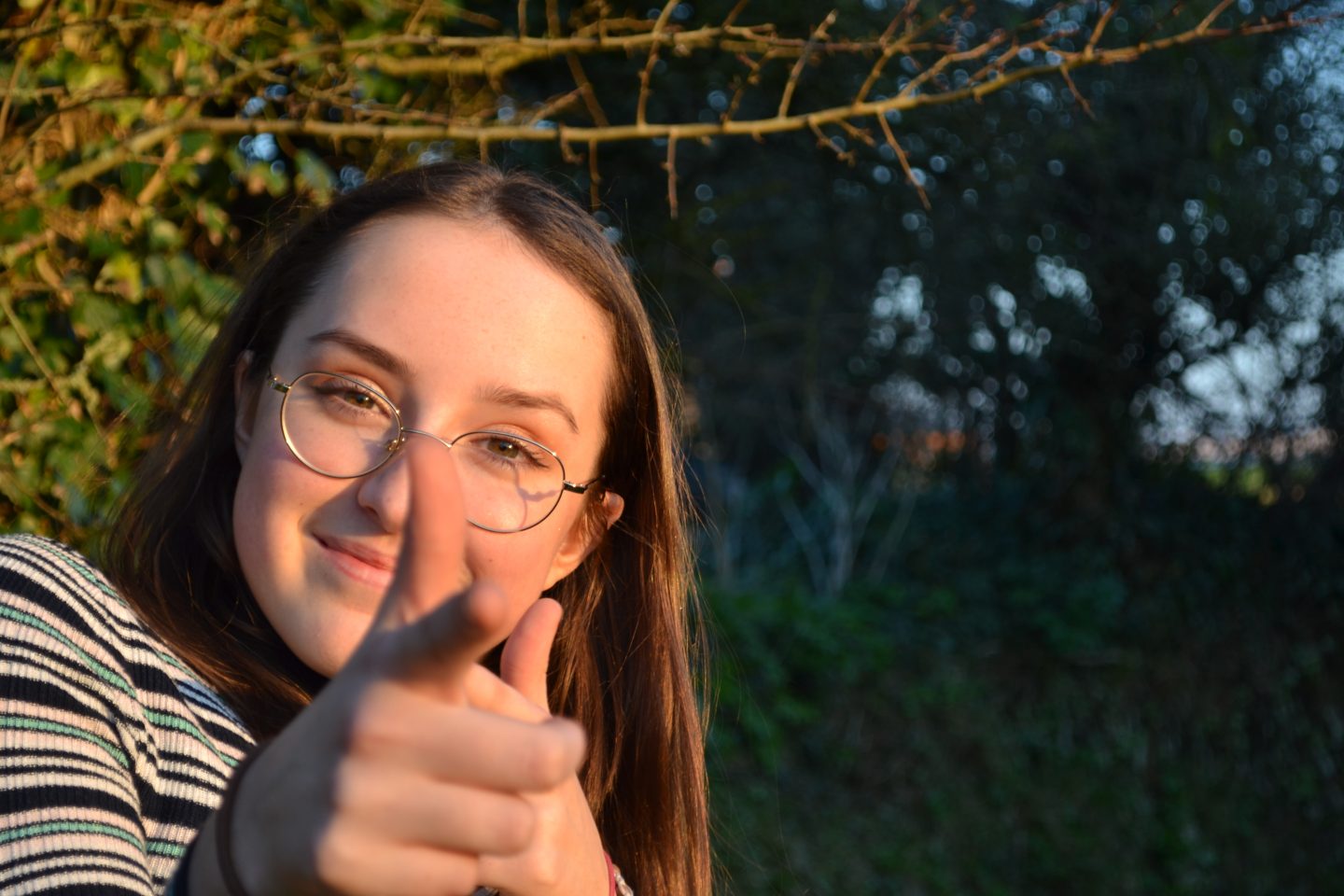 We were guests at The Olde House for two nights. All opinions are our own.