I saw something on Twitter a week or so ago.

‘We are now entering the third month of January,’ it said.

It took me a minute, but God, that’s how it felt this year didn’t it? It became a thing for us to all talk about, as a nice distarction from the weather.

‘When is January going to be over?’

‘How long even IS January this year?’

Needless to say that Belle and I were very much looking forward to a night away at The Belfry Hotel and Resort over the last weekend in January. It came a couple of days after a slightly stressful parents’ evening, and was generally much needed.

The Belfry Hotel and Resort was incredibly easy to get to, which is always a nice start to a mini break. We whizzed (sensibly) up the M5 and the M42 and there it was, just a few minutes off the motorway.

First impressions were ‘blimey, this is a massive place isn’t it?’ And it is. The Belfry resort is huge, with over 300 rooms, a large restaurant, separate bars, a huge golf shop, indoor pool, spa and of course, a golf course. I was expecting January to be quiet, but the place was buzzing with people. (Hence some of the images in this post being provided by the hotel, as I couldn’t find anywhere to take pictures without people in them!) 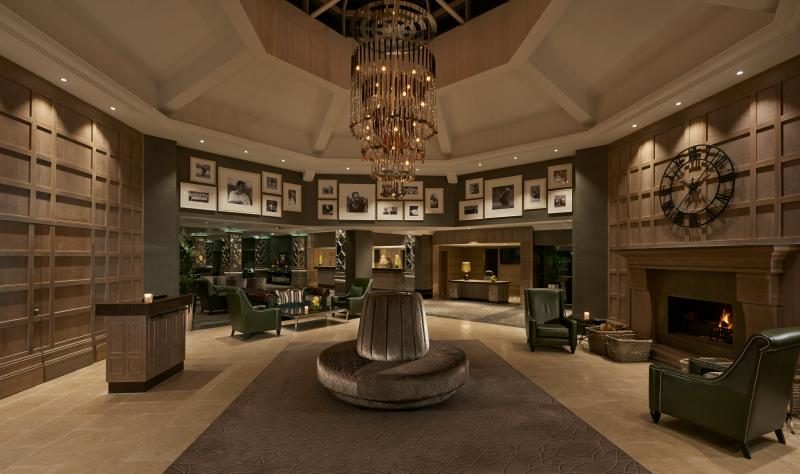 This is just the lobby!

First things first, we checked in and dropped off our stuff in our room. This was a little bit of a mission as the place is so big that our room was a good walk from the reception, through some corridors, the golf bar, and then up in the lifts. We found it in the end though and only had to stop for directions once. 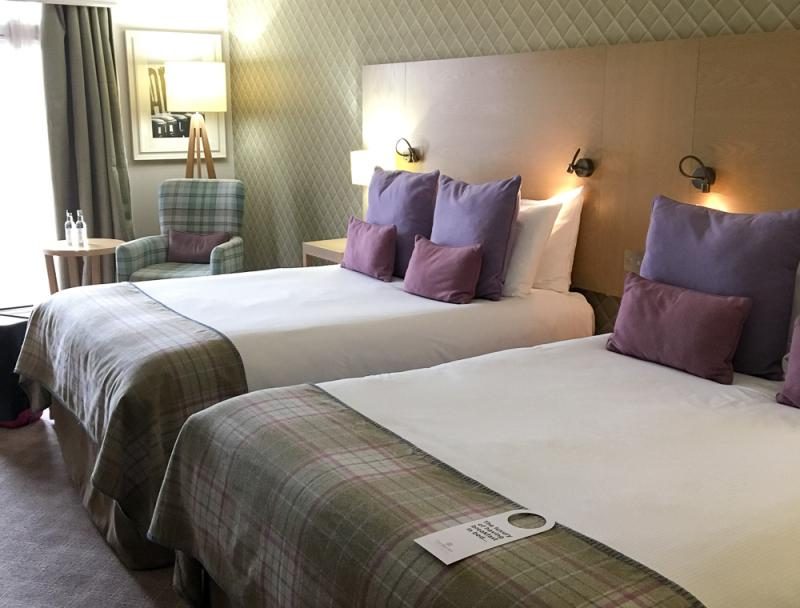 The room was very spacious, with two double beds, and had a little balcony too, overlooking the golf course. It was a little chilly for relaxing on the balcony with a cup of tea, but it was still nice to have the big windows to look out of. Everything was clean and tidy and there was everything you’d expect to find in a nice hotel room.

After a quick nose around, we headed back down to The Belfry’s Brabazon Bar for afternoon tea. The bar area is really lovely, with a huge window in the ceiling over the central bar, giving everything a very glamorous look. 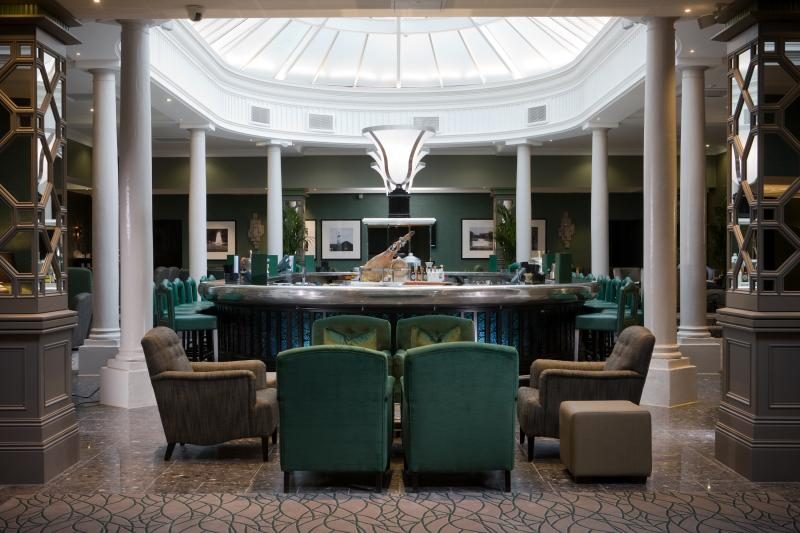 The Belfry is clearly very popular with groups as already at 1.30pm there was a group of five women at the bar on a 40th birthday trip. They were doing a cocktail making and tasting session and seemed to be having a lot of fun getting to go behind the bar and mix their own drinks. Big respect for them if they made it to dinner – they had a lot going on cocktail wise.

As we had our tea we watched people checking in and there were a lot of groups with birthday balloons, hen party paraphanelia and things like that. I guess that term time out of season is ideal for this – apparently The Beflry gets much busier with families during school holidays.

Afternoon tea was delicious, although service was a teeny bit slow, I guess as a result of the hotel’s popularity. We had a full tea menu to choose from, plus sandwiches, miniature cakes and warm scones and banana bread. We absolutely couldn’t fault the food. 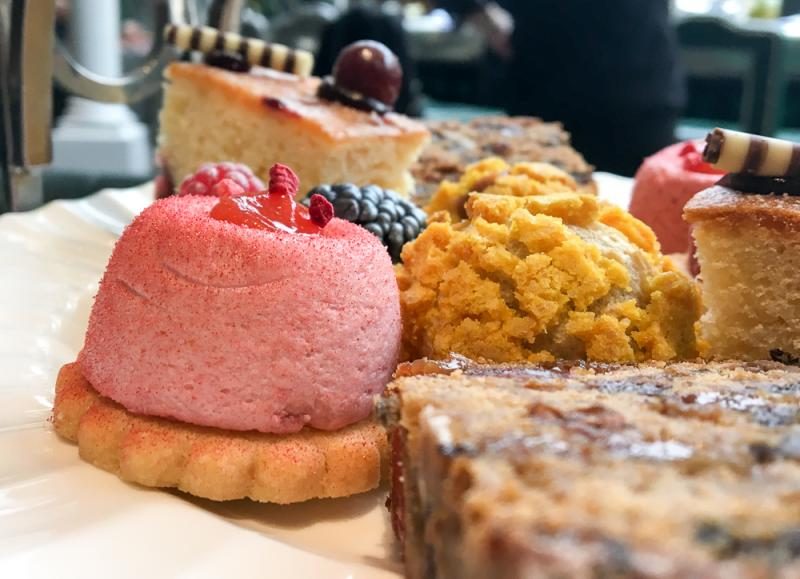 We had a little bit of time between afternoon tea and our spa treatments, so we went for a drive to the nearby village of Middleton for obligatory photo opportunities of us next to the Middleton signs. (It’s our surname.) 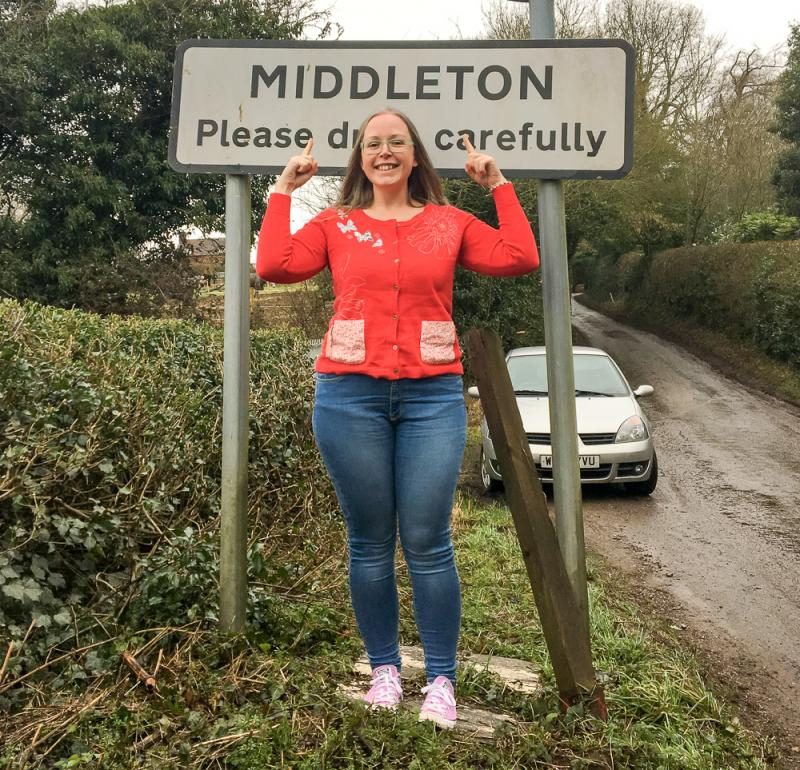 Then it was back to The Belfry to test out the spa facilities.

The Belfry has an indoor pool, and when we went through mid afternoon it was busy, but not heaving. There seemed to be a mix of ages in the pool and there’s a separate little pool for smaller children. There’s also a gym, fitness studios and a full programme of fitness classes should that be your jam when you’re away on holiday. (It’s not mine.) There’s also a mini golf course and an outdoor nature trail for kids, although it was a little bit on the rainy/freezing side for us to check these out properly. 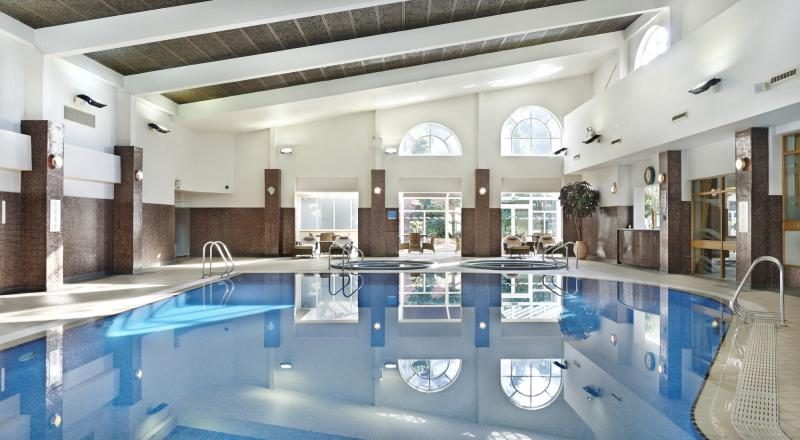 In the spa I treated myself to a facial while Belle had a manicure. I sometimes find things like facials and massages a bit stressful, as I’m never quite sure what to say when they constantly ask ‘how’s that for you?’ I mean, it’s fine, it’s a spa. What do they expect me to say? It feels kind of needy to me.

Anyway, the facial was excellent, and I was only asked about 17 times how it was for me, so no more than any ex-boyfriend has ever asked. Perfectly manageable. 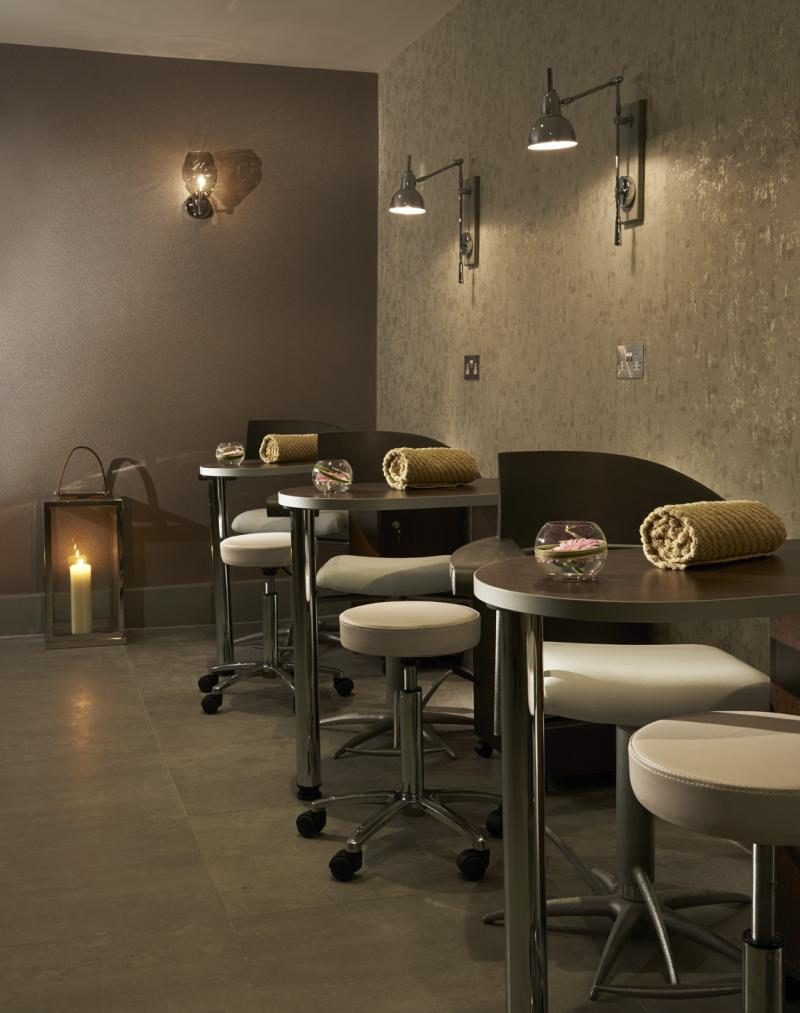 Feeling well and truly chillaxed, we headed back to our room for a bit of a lounge about before dinner. As I’m sure you know by now, Belle loves hanging out in hotel rooms on mini-breaks. It does not matter where in the country, or the world, that you take her – she just likes being IN the place where we’re staying. We spent literally 18 hours in Athens on a layover in the summer, 8 of which we spent asleep, and it was all I could do to make her leave the hotel room at all.

Dinner and breakfast are both served in the Ryder Grill, which is a very spacious and nicely decorated restaurant. For dinner there’s the option to go for a buffet style meal or a la carte. We went a la carte and the food was good, although again the service was a tiny bit slow. I had ox cheek, which was beautiful, although the concept repulsed Belle slightly, and she went for pumpkin and pomegranate risotto, which I was very proud of as mainly she just likes to eat chicken and chips. 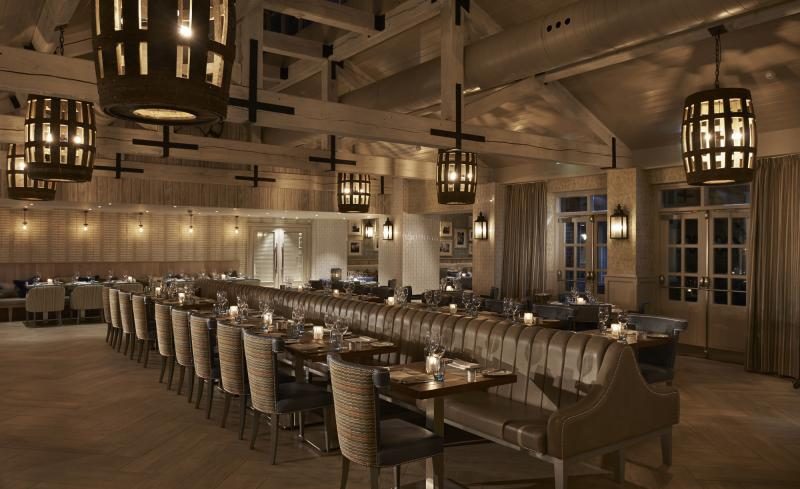 After a good night’s sleep and a cheeky morning coffee on our balcony – (I felt obliged to wear the white bath robe and slippers, even if just for ten minutes) – we headed down to breakfast.

Breakfast is usually my very favourite bit of a hotel stay, so we were a little frustrated to see a huge queue outside the restaurant when we arrived downstairs. A poster had advised avoiding the 9-10am slot as this was the busiest, but at 10.15am there was still a queue of about 40 people waiting to be seated, which took us about ten minutes. The sheer quantity of people made for a fairly chaotic feel to things – no one came to take a drinks order for example – but that’s perhaps inevitably the nature of a large place like The Belfry. Things became even more confused when we came back from collecting our hot food to find someone else had been seated at our table, despite the reserved sign and the pot of coffee. We were quickly reseated, but had to have the table relaid, and it did make the whole breakfast experience feel a little fraught.

The breakfast itself though was a high standard and there were plenty of options, including poached eggs at the buffet, which you don’t always see. There was a separate queue for hot food once you had queued to be seated, but it was relatively fast moving. All of the usual pastries, fruit and yogurt options were to be found too.

All in all we had a really lovely time. You can’t get away from the fact that it is a big place, and that does impact on things like waiting times, but that’s potentially the trade off I guess for the great range of facilities. If you’re looking for somewhere for a family holiday or weekend away with friends then The Belfry is definitely worth a look.

We were guests of The belfry for one night for the purposes of this review. All opinions my own.