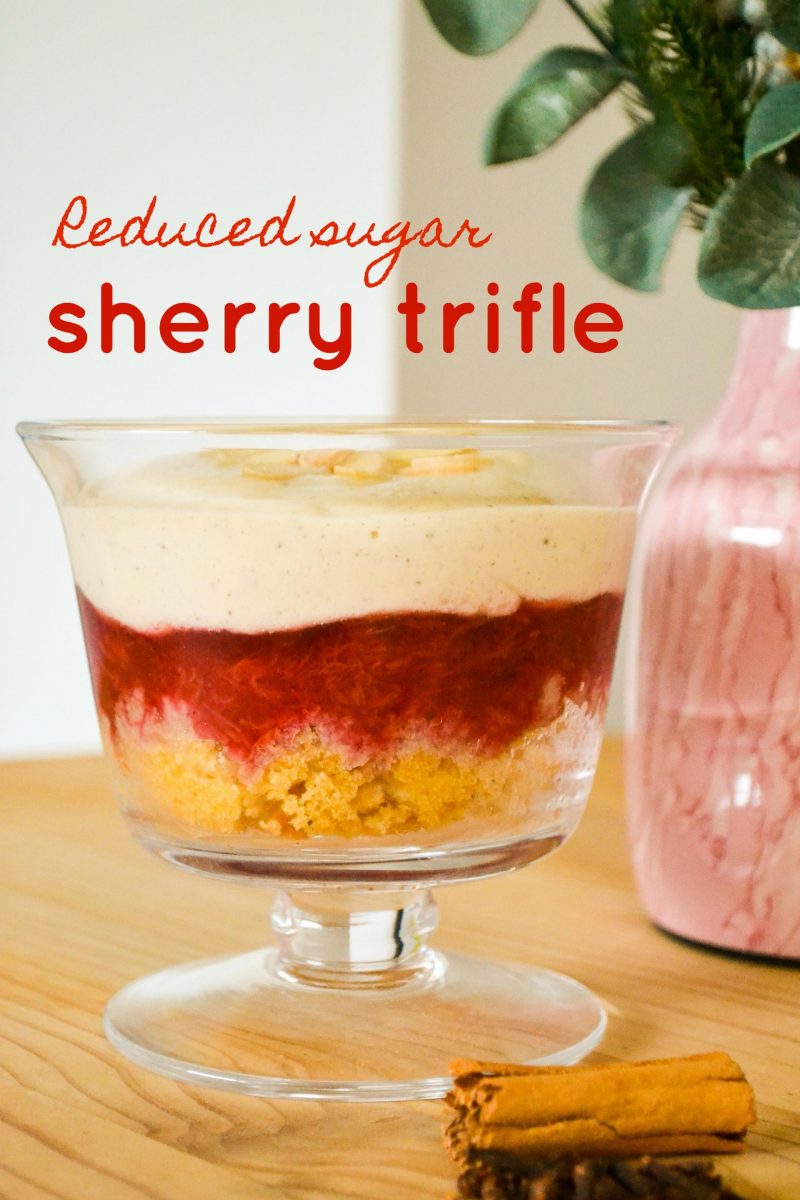 My Grandad on my Dad’s side was famous for making a sherry trifle with so much sherry in it that after one bowlful you weren’t really fit to drive home. I’d guess I’d never really thought about it, but my Grandad’s sherry trifle is really the only time I have ever eaten a sherry soaked sponge, I mean, when else would you?? When I was making this reduced calorie sherry trifle with SPLENDA® then, and tasted the bottom sponge layer, I was back in their neat and tidy semi, slipping about on the parquet floor, getting the spoons from the sideboard in the dining room.

I made this Christmas sherry trifle to take to my breastfeeding group Christmas party this weekend. Although none of us have had our boobs anywhere near a baby for years, we still manage to remember to meet up most months for dinner. It’s a very special group of friends.

The trifle though stirred up some people’s not so positive trifle memories.

‘I’m not really a fan of all the jelly and tinned fruit,’ said my friend Helen, trying to be polite but looking a bit appalled at the prospect.

‘Don’t worry,’ I reassured her, ‘this is a very sophisticated trifle.’

And it really is.

It has three simple layers – sherry soaked sponge, stewed plums with cinnamon and cloves, and a homemade vanilla custard. Not a tinned ‘fruit cocktail’ in sight. Even better, it’s made with SPLENDA® rather than sugar, which means it only has just over 200 calories per serving. You see, it IS possible to reduce your sugar intake and still embrace the seasonal treats. 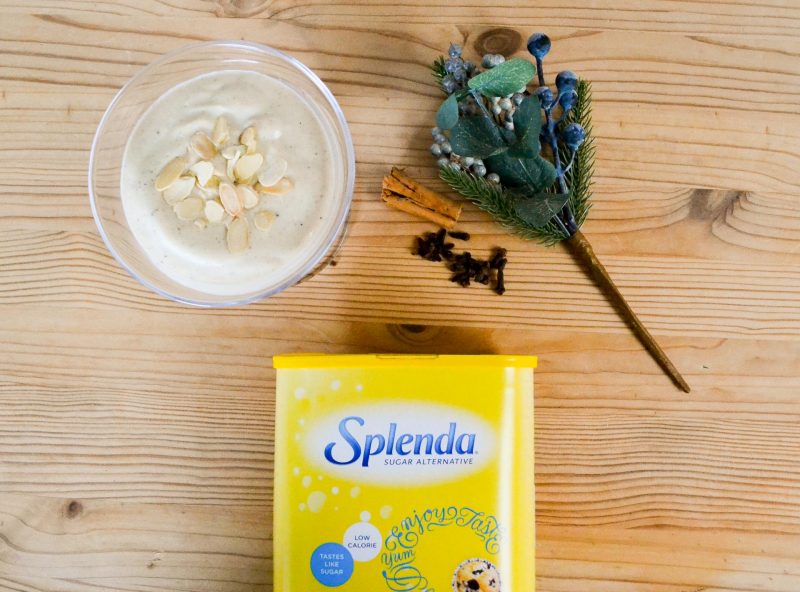 Cutting back on sugar over Christmas might feel like a bit of a daunting task, but it doesn’t need to be. By switching from sugar to SPLENDA®, you can still make your favourite festive recipes, without compromising on taste. (Seriously, you can’t taste the difference.) SPLENDA® is made with sucralose, so unlike other low-calorie sweeteners, it’s heat stable up to 232 °C and so it can easily be used as a replacement for table sugar in baking.

How to make a Christmas sherry trifle

Each layer in this reduced sugar sherry trifle needs to be prepared separately and then left to cool before assembling. I’ve never even made a custard from scratch before, let alone an entire trifle, but it was much simpler than I thought it was going to be and I really enjoyed it.

I made my sherry trifle on Saturday morning, ready for the party in the evening, while Belle was still asleep. I love weekend mornings. I lie in bed for a bit with the kitties, and then I potter about downstairs doing bits of cooking, drinking coffee and looking at Instagram. 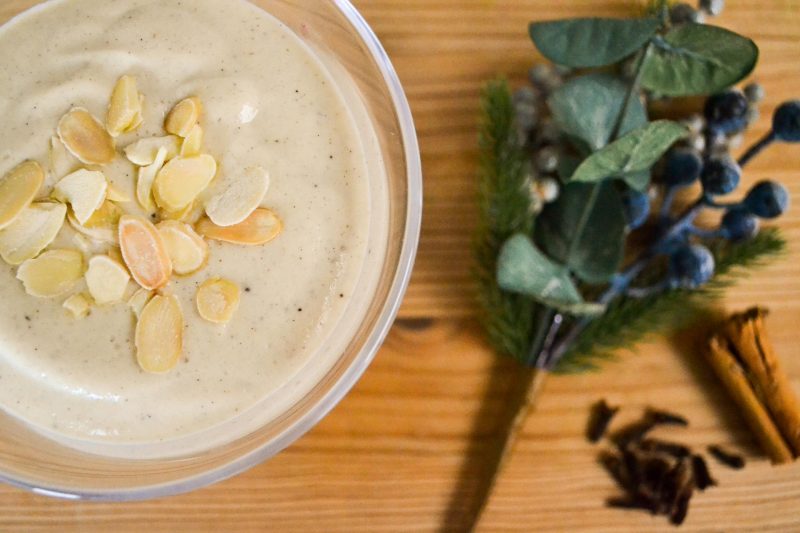 Anyway, here’s how to make each layer of this delicious reduced sugar Christmas trifle.

Pre-heat the oven to 180°C and grease a 22cm square tin. Put all of your ingredients into a bowl and mix well. Pour into your tin and bake for 15-20 minutes. (It’s quite a thick mixture, so don’t panic.) Leave to cool.

You will need: 750g plums, stoned and quartered, 6 cloves, 1 stick of cinnamon and 2 tbsp SPLENDA® Granulated.

Place the stoned and quartered plums into a pan with the SPLENDA® Granulated, the cloves and the cinnamon stick. Add a splash of water, cover and cook for around 15 minutes until it’s soft and jammy. Leave to cool.

Place the milk and vanilla into a pan and bring to the boil. While the milk is heating, whisk together the yolks, SPLENDA® Granulated and cornflour, then pour the hot milk in while whisking constantly. Pour the mixture back into the pan and heat slowly while stirring. Bring it just up to the boil and set aside to cool.

Break the sponge up into pieces and layer them into the bottom of your dish. (You can use one big dish or individual ones.) Try to get the sponge pressed up against the edge to keep the distinct layers. Sprinkle with a couple of tablespoons of sherry, or about half a pint of sherry if you’re my Grandad.

Carefully add the fruit layer, (having picked out the cinnamon stick and as many cloves as you can find.) Then add the custard, being careful not to disturb the fruit. Sprinkle with some flaked almonds, if that floats your boat, and you’re done! 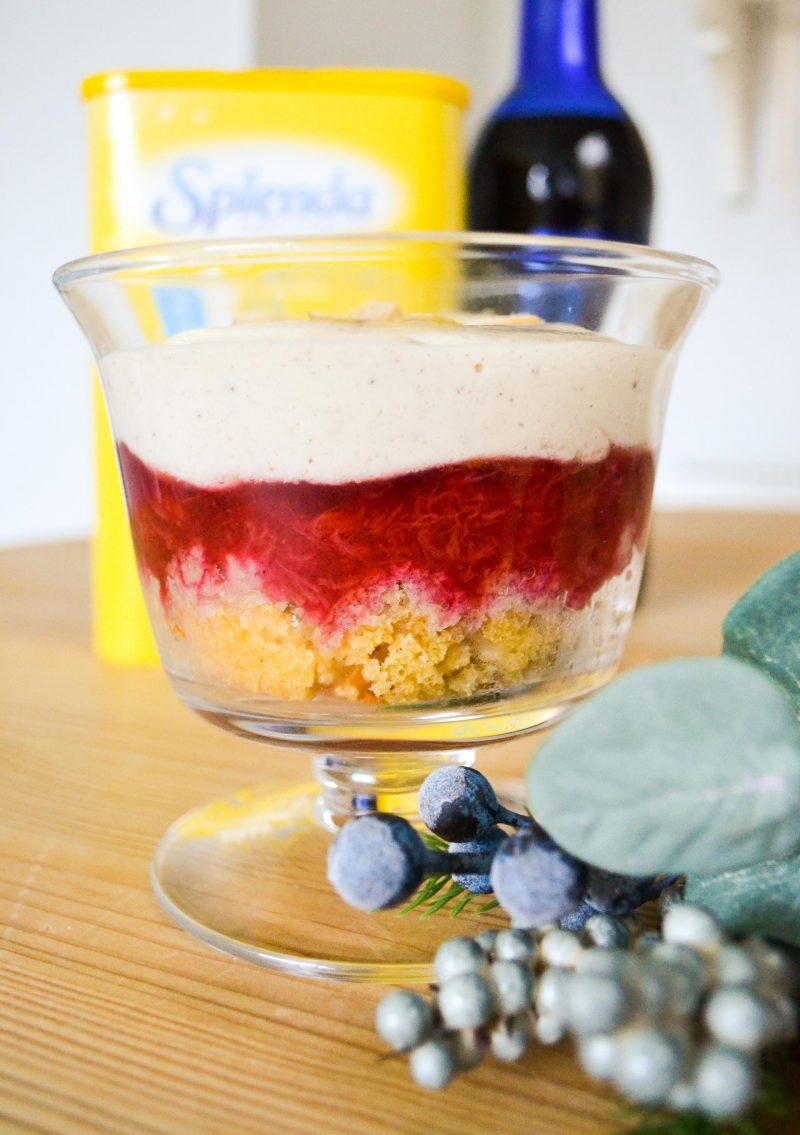 Of course I WOULD say so, but this Christmas sherry trifle is really good. It’s proper fresh fruit and subtle, sweet custard. And the sherry!

How to eat well over Christmas

Did you know that on average we put on between one and five pounds over Christmas? In fact, all you need is an extra 500 calories a day to put on weight at the rate of around a pound a week. 500 calories is not a lot – a few extra drinks maybe, or a wedge of Christmas cake – it’s all too easy to do.

Get more recipe inspiration from Splenda. 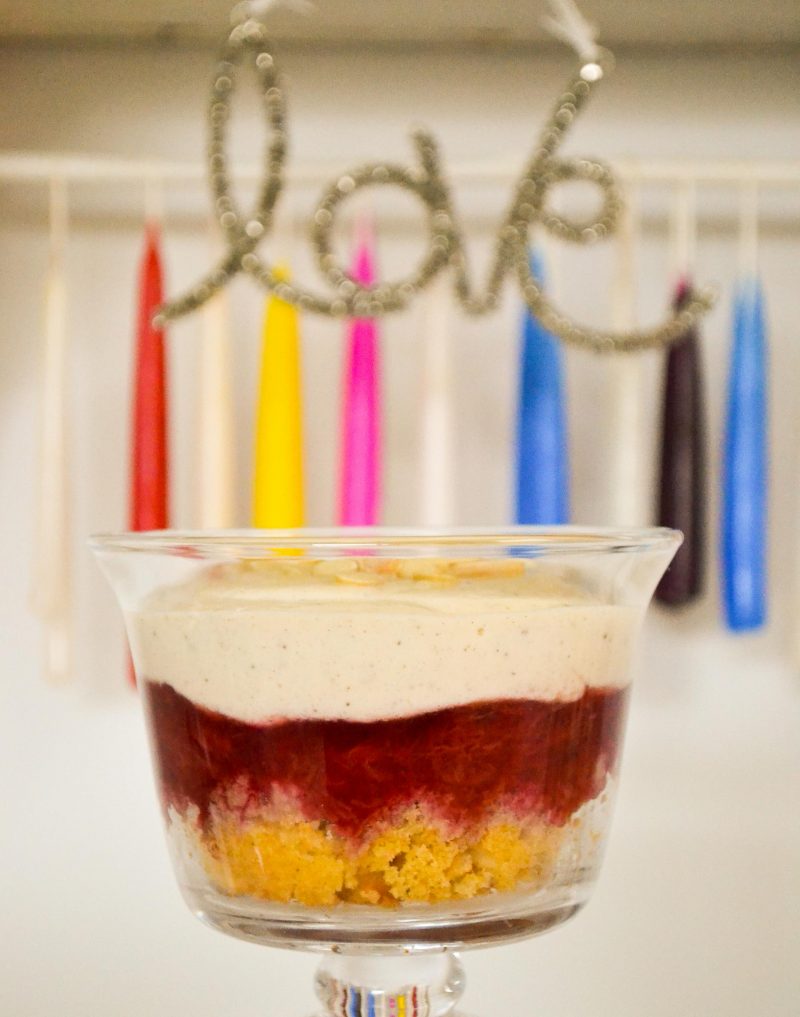