A couple of weeks ago I introduced you to the FoodSaver Fresh preservation system. Remember? The cool vacuum packing system that keeps your food fresh up to twice as long?

Well, having shown you how it works, I’m now going to tell you if it works

(Except it’s not really, because I’m assuming you don’t get to be the world’s number one vacuum sealing system without actually being good at it*.)

The first thing to note is that although in my original post I loved the idea of using the FoodSaver Fresh bags to turn all my food into funky looking space food, we have actually used the canisters much more than the bags. The main advantage of the canisters is that you can reuse them again and again. I expect you could wash the bags and reuse them if you really wanted to, but it’s trickier. Fragile things keep their shape better in the canisters too. (Top tip – don’t try to vacuum seal a malt loaf in a FoodSaver Fresh bag.)

So, does the FoodSaver Fresh preservation system actually work?

I love avocados, but I wouldn’t want to eat a whole one at once. Belle does not like avocados, unless I mush them up and pretend it’s guacamole that I bought in a tub in Sainsbury’s. (I know.) So what happens is that I eat half an avocado, wrap up the other half in cling film in the fridge, and then a couple of days later I throw it away because it has turned black. 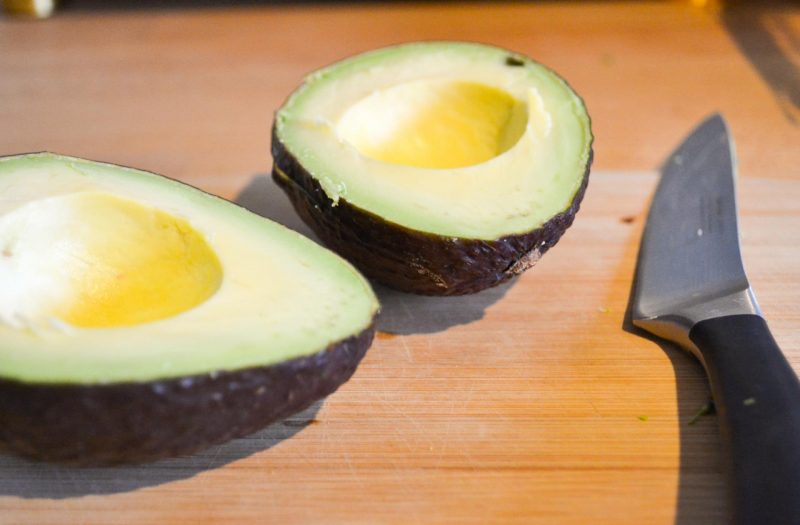 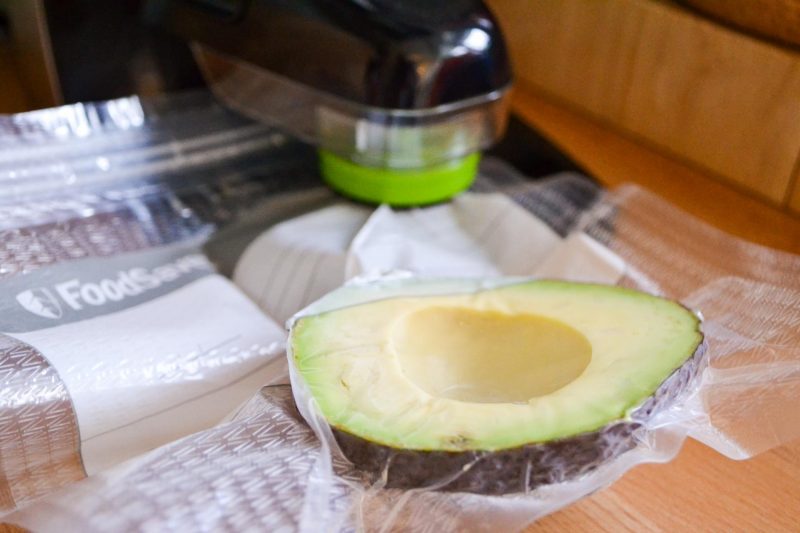 I popped both of them in the fridge and did my usual trick of forgetting about them. Except this time when I went back a few days later I didn’t have to throw both halves away, because this was the situation: 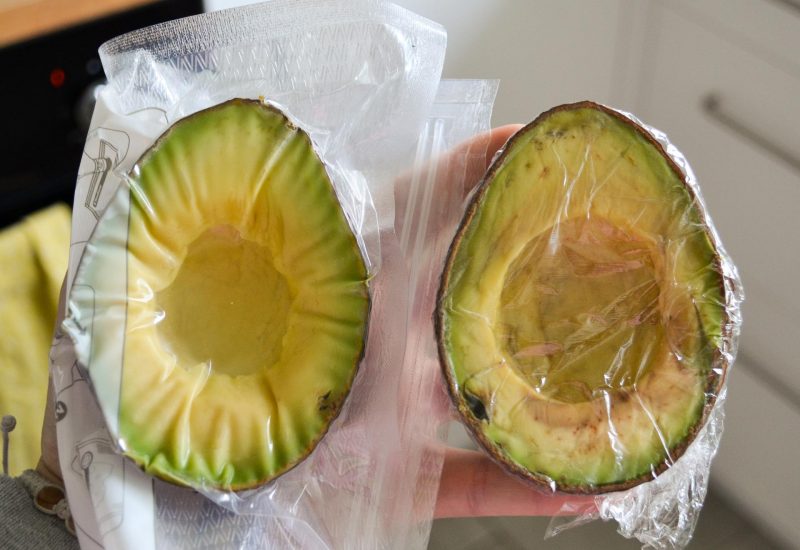 Last night is another good example.

I was feeling peckish, but I was very good and resisted the urge to eat three pieces of toast and marmite and instead had some carrot batons. (Get me!) NINE DAYS previously I had peeled and chopped some carrots and sealed them in a FoodSaver Fresh canister. 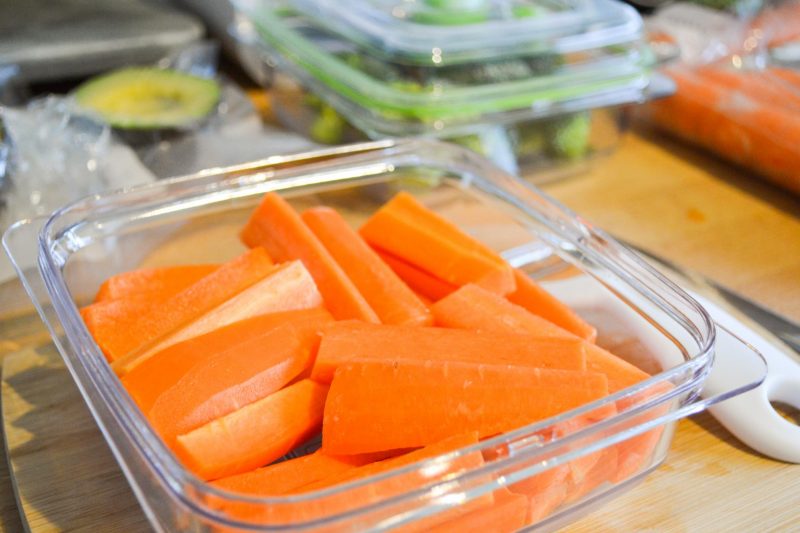 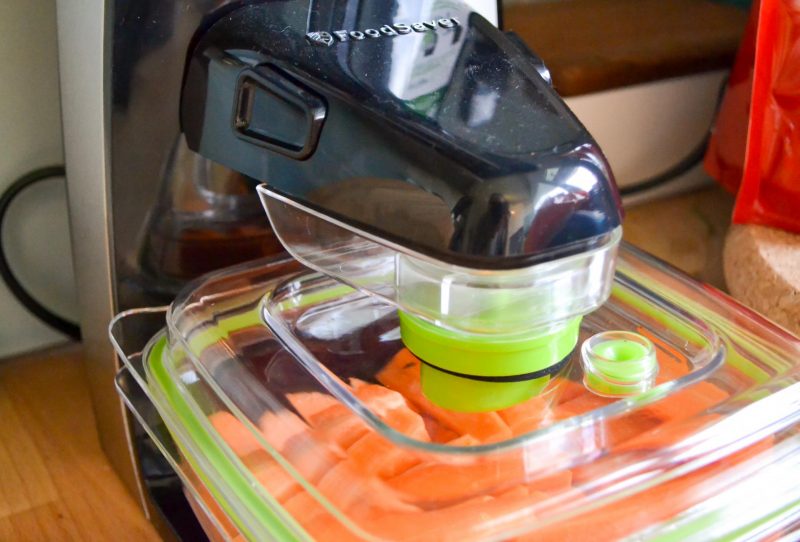 And yet there they were, as good as new. After nine days they were a little bit drier than if you had just cut them, but they were still as crunchy as if they were fresh chopped – no bendiness or anything – I was very impressed.

It was the same with the broccoli. Broccoli is one of those things that I put in the fridge thinking ‘I’ll definitely eat some broccoli’, and then a week later I remember it and it’s horrible and bendy but I eat it anyway because I hate waste. Yuk.

This week I chopped half of my broccoli into florets as soon as I bought it and popped it into a FoodSaver Fresh canister. 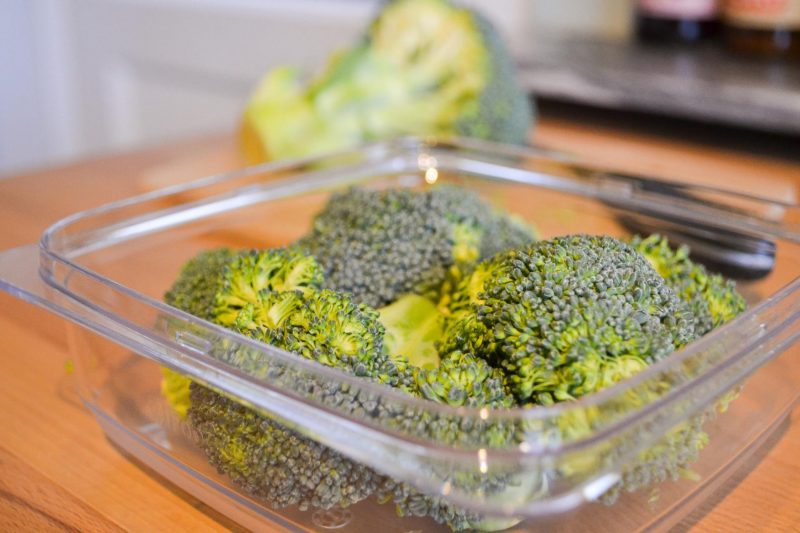 Also, the canisters make it look like you’ve really got your fridge together. 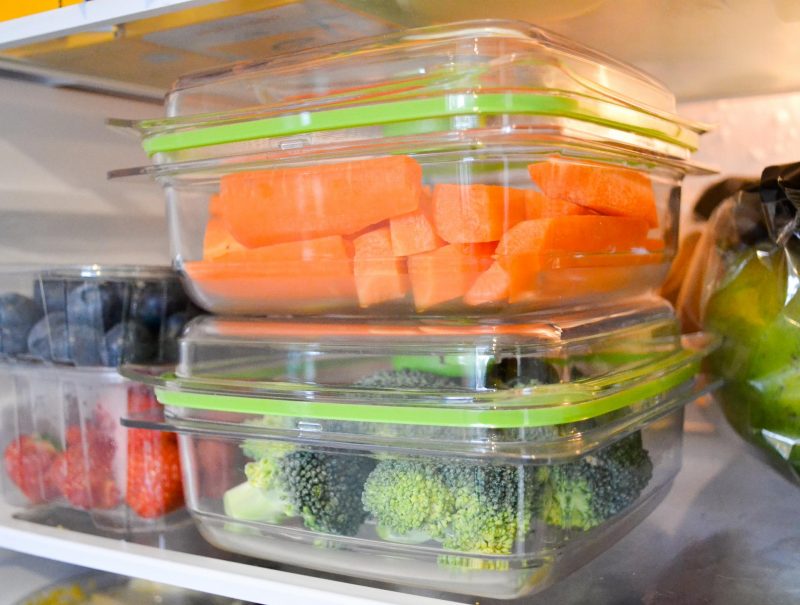 The other thing I’ve found the FoodSaver Fresh preservation system really useful for it bread.

Now maybe you live in a house where a loaf of bread doesn’t last a day, but because it’s only me and Belle, and I don’t eat much bread, it’s a real issue for us. Belle takes sandwiches to school, but it normally means that while her Monday tuna roll is delicious, by Friday it’s not so good.

The FoodSaver Fresh canisters were brilliant for this. I’ve used them for sliced bread, bread rolls and for pittas and it definitely keeps the bread fresher for longer. 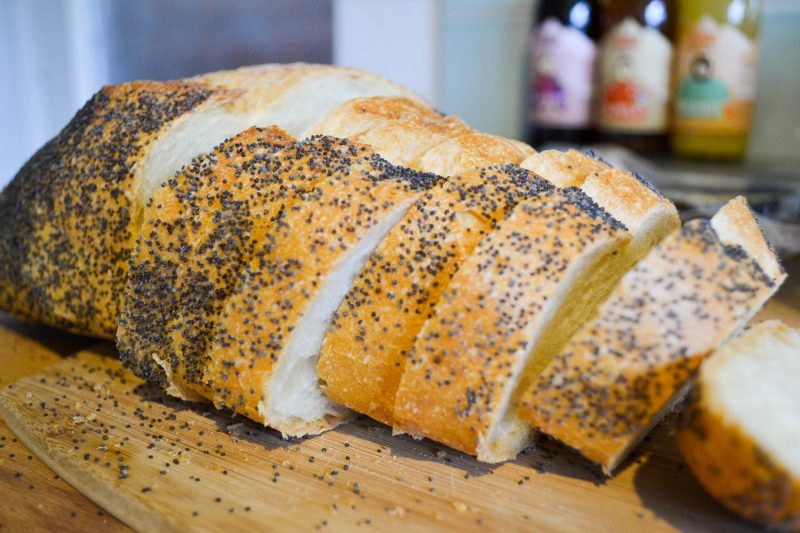 I have to admit that I did think the FoodSaver Fresh preservation system might be one of those gadgets that’s cool for a week and then you stick it in the cupboard, but it hasn’t been. We have it permanently plugged in on the worktop and it has quickly become a habit – fancy a mince pie? Cool, just get one out of the canister, reseal it, done. It’s so easy to use that there’s no reason not to.

Which means there’s no reason either not to buy a shed load of mince pies.

Find out more about the FoodSaver Fresh preservation system here. 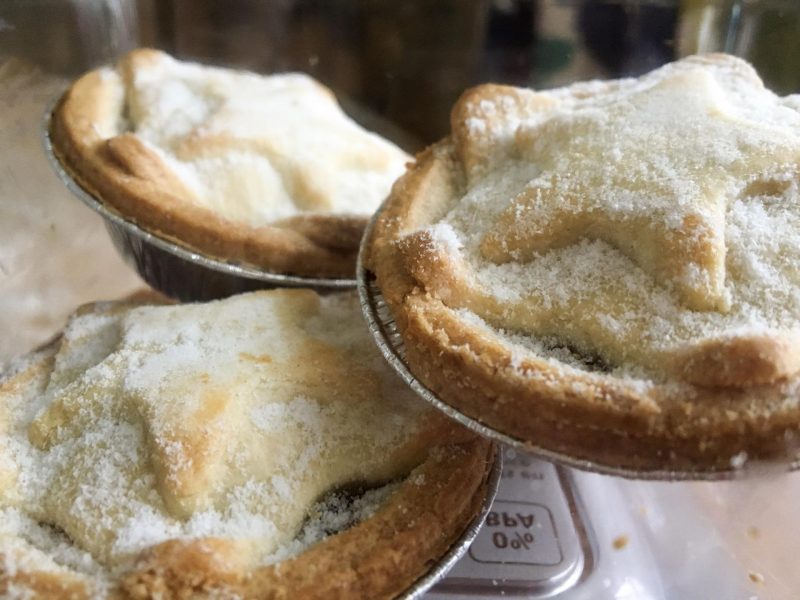 *Question: how many vacuum seal systems are there in the world??