How often do you shower? I had a boring old press release fall in my inbox the other day about showers.

It was 95% dull, but there was one fact that did stick out – apparently the average person in the UK has five showers and three baths per week.

I had to re-read that just to make sure.

It’s not five showers or three baths, it’s five showers and three baths. That’s more than one wash of some sort every day. That means there’s at least one day during the week where this average person thinks to themselves, ‘you know what, I had a bath this morning, but I’m going to have a shower too!’

How often do you shower? Do you fit in three baths a week?

I reckon I average four showers and zero baths. Apart from quite possibly making me a bit rank, it also must mean that somewhere there is a person having six showers and six baths a week, to balance out me, which seems excessive to say the least.

The truth is that I really am not a fan of washing. I hated it as a child and my parents are very fond of reminding me that my Dad used to have to carry me upstairs over his shoulder to the bath while I screamed ‘don’t make me do it!!’

I thought I’d grow out of it, but I haven’t. I do it obviously, because I have to, but I don’t enjoy it. I don’t ever think ‘Oooh, lovely, I’m going to have an amazing long shower, that’ll be nice.’

I used to shower more often, but that was primarily to wash my hair. Over the last year of so, my body seems to have been on the decline, and is generally drying up a bit. Where I used to need to wash my hair everyday or look like I’d stuck my head in a chip pan, now I can go two or three days.

My favourite time of the week is just after I’ve had a shower and washed my hair. I like it because it’s the furthest away from my next shower that I’m ever going to be. It’s brilliant. I go to bed that night feeling all smug because I know I’m going to wake up the next morning and not have to shower.

Reading this press release though, I can’t help but feel a little on the scummy side. What do you reckon? How often do you shower or have a bath? Should I get in NOW and have a good scrub?? 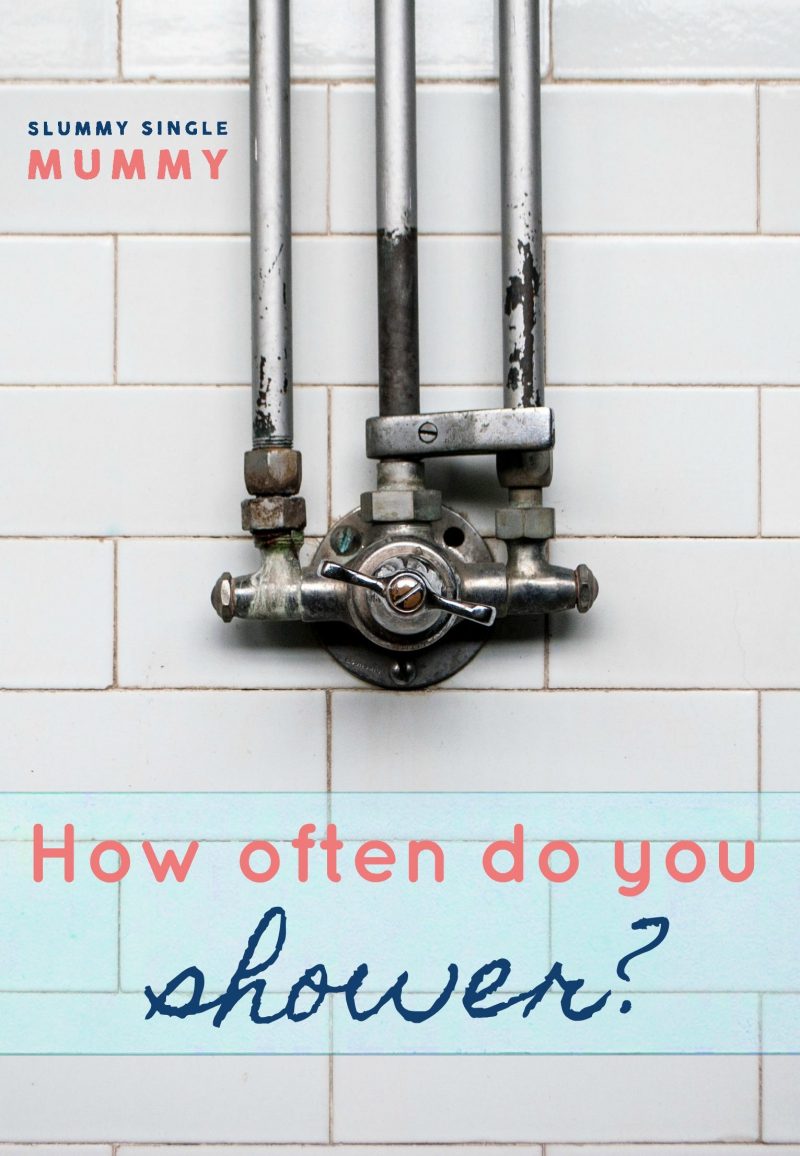