In association with Poundworld

About a month ago a new shop opened in our town. A Poundworld Plus. To say that Belle was excited is putting it mildly – discount shops are on of her very favourite things, alongside delivered pizza, shows about vampires and chocolate chip brioche.

One of the first things we bought in our new Poundworld was cat harnesses. Basically Belle wants a dog, but I don’t want a dog, so she’s convinced that she’ll be able to take the kittens for walks, if only she can get them excited about wearing a harness. Unfortunately, as we discovered when we got home, it’s actually very hard to get a cat excited about wearing a harness, especially when at first you put it on wrong, and they can’t walk properly.

That said, they were probably more excited about it than they were when Belle tried to get them interested in going for a walk in a kitty carrier. 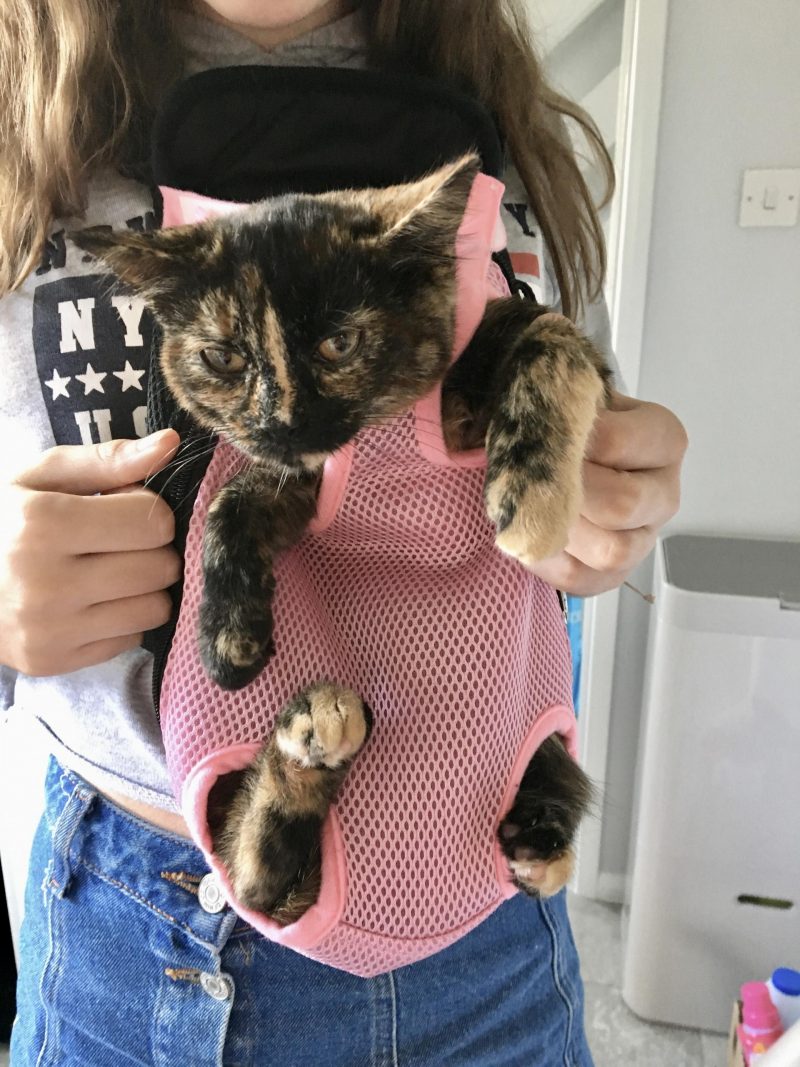 Have you ever seen a cat look less impressed?

The most exciting trip to Poundworld to date though has been the one that Belle made with the rest of the prom committee from school. They are organising a year 7 Halloween party to raise money for prom, and it coincided with Poundworld asking if we wanted to check out the Halloween collection in store, and well – how perfect?? The rest of the committee were VERY excited to have a decorations budget, and so off they went.

I have to say, that I was genuinely impressed by the Halloween range in our Poundworld store. Normally with these kind of things you get maybe half an aisle, with the usual slimy spiders and pumpkin shaped baskets for trick or treating, but the selection was VAST. There must have been a good 20 metres of shelf space taken up with Halloween things, and loads of stuff that I hadn’t seen anywhere else. Plenty to get the (year 7 ) party started. 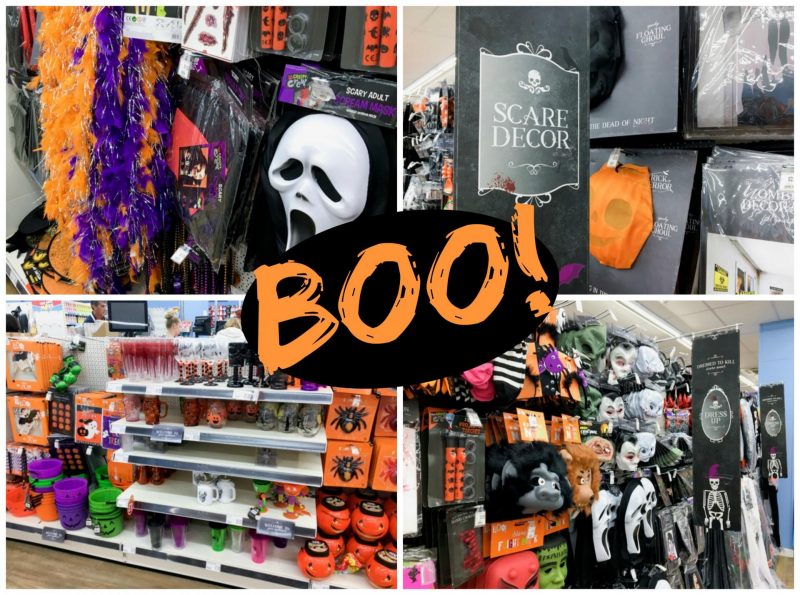 Belle has also been making Halloween themed part snacks from videos she’s seen on Instagram. Some of them are amazing, although I daren’t count up how much I’ve spent now on food colouring and edible eyes.

They do look pretty cool though – these are chocolate covered Oreo faces and witches’ fingers, made from sesame seed breadsticks, chocolate and flaked almonds. 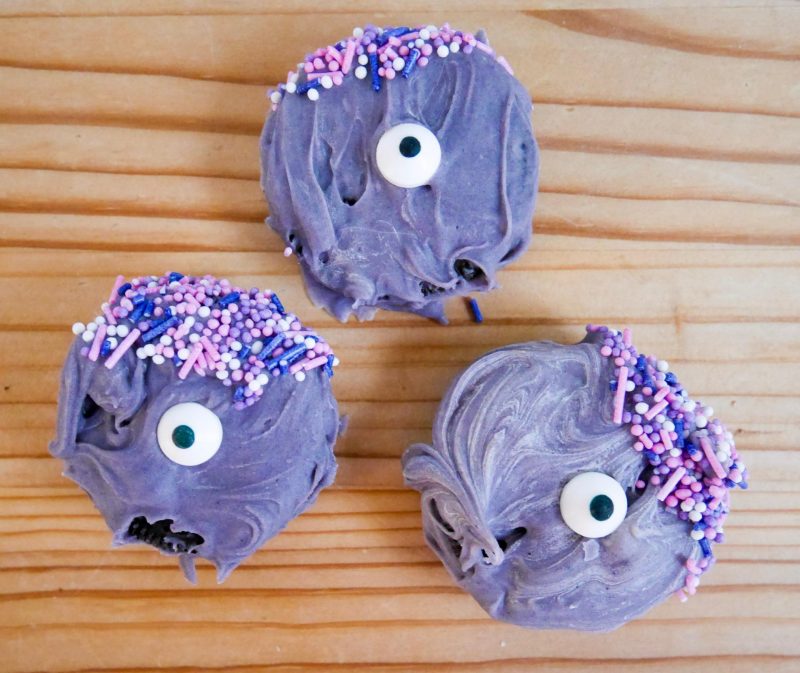 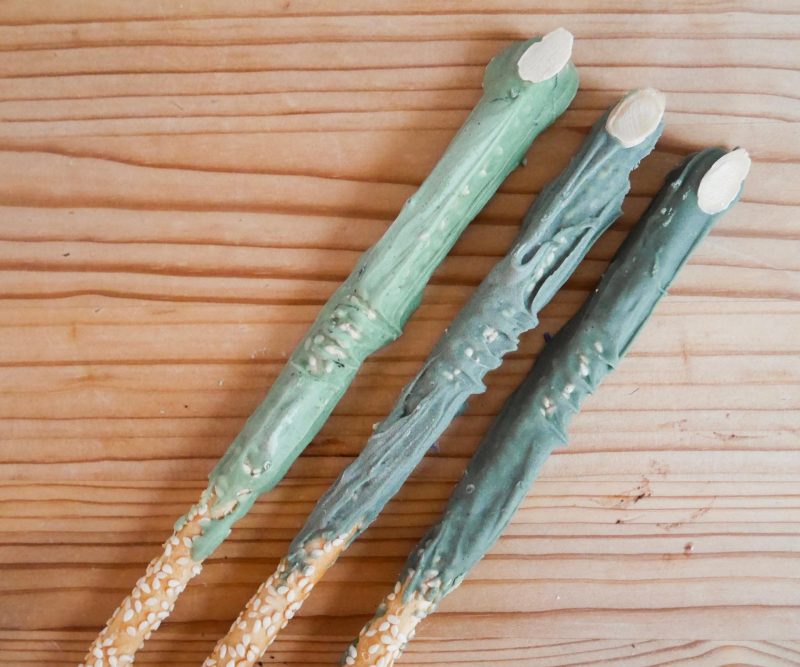 So, the night of the Halloween year 7 disco came around.

Belle got ready in her costume, which seemed to consist chiefly of white fishnet leggings and some angle wings, (!), and they rocked up at school with the Halloween inspired snacks and bags and bags of Halloween decorations from Poundworld. 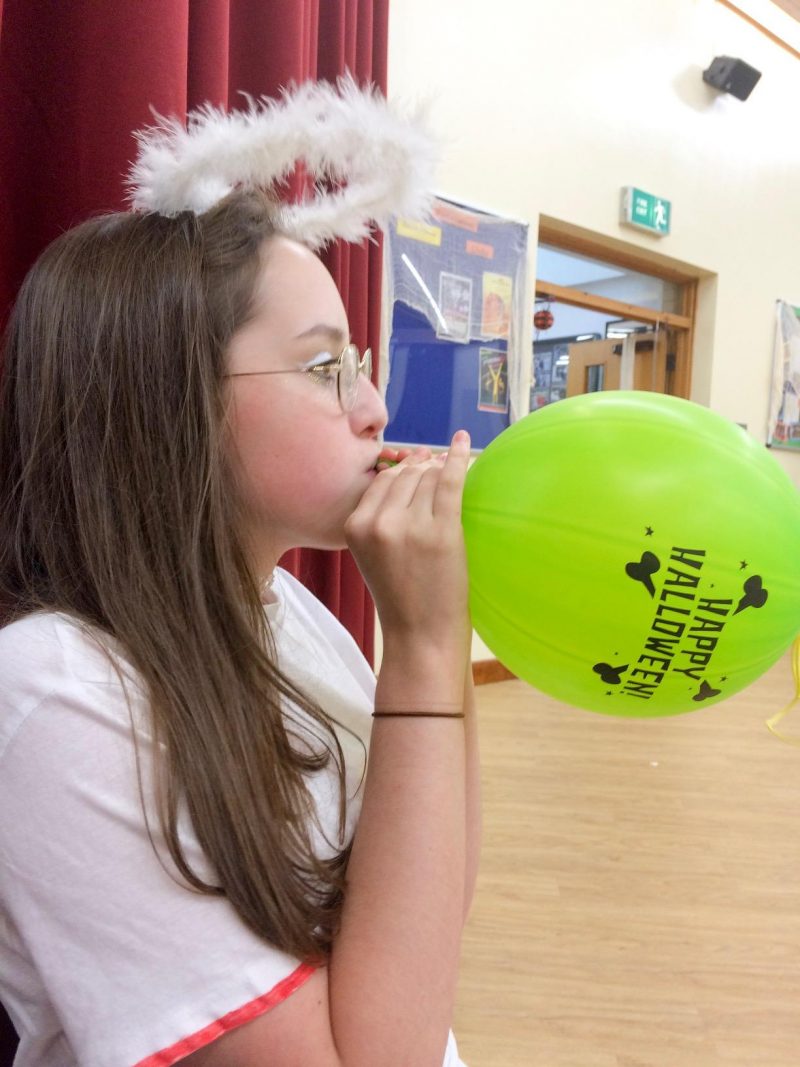 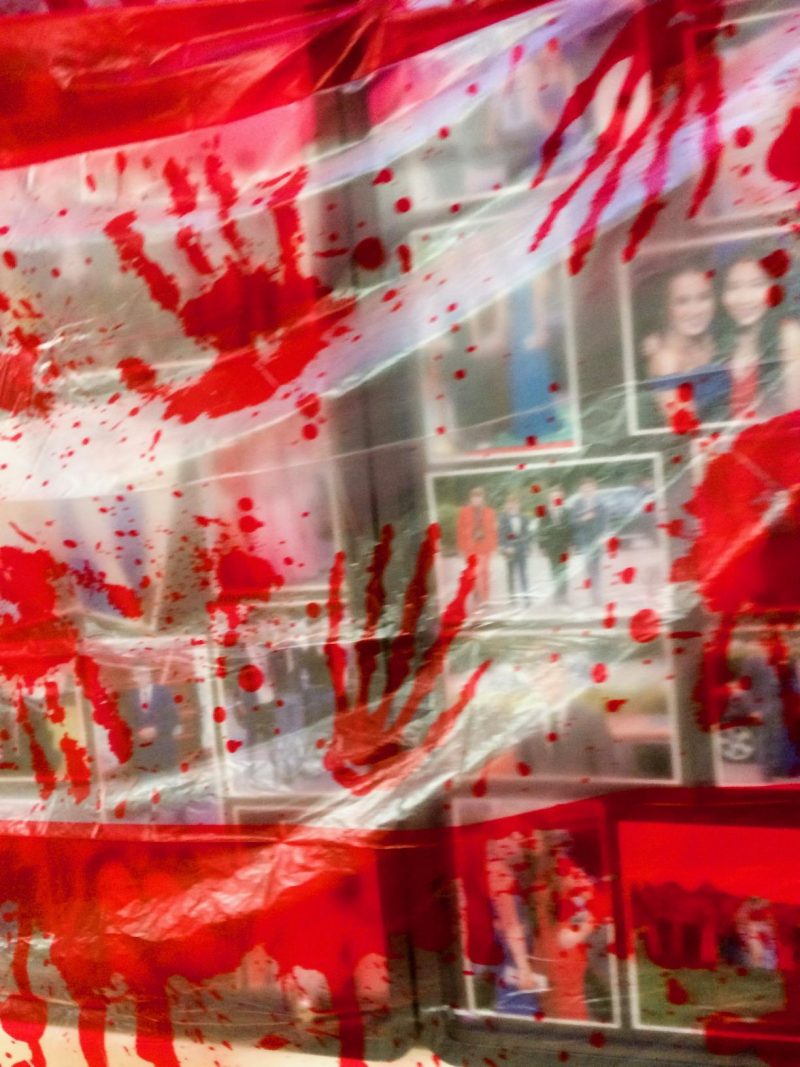 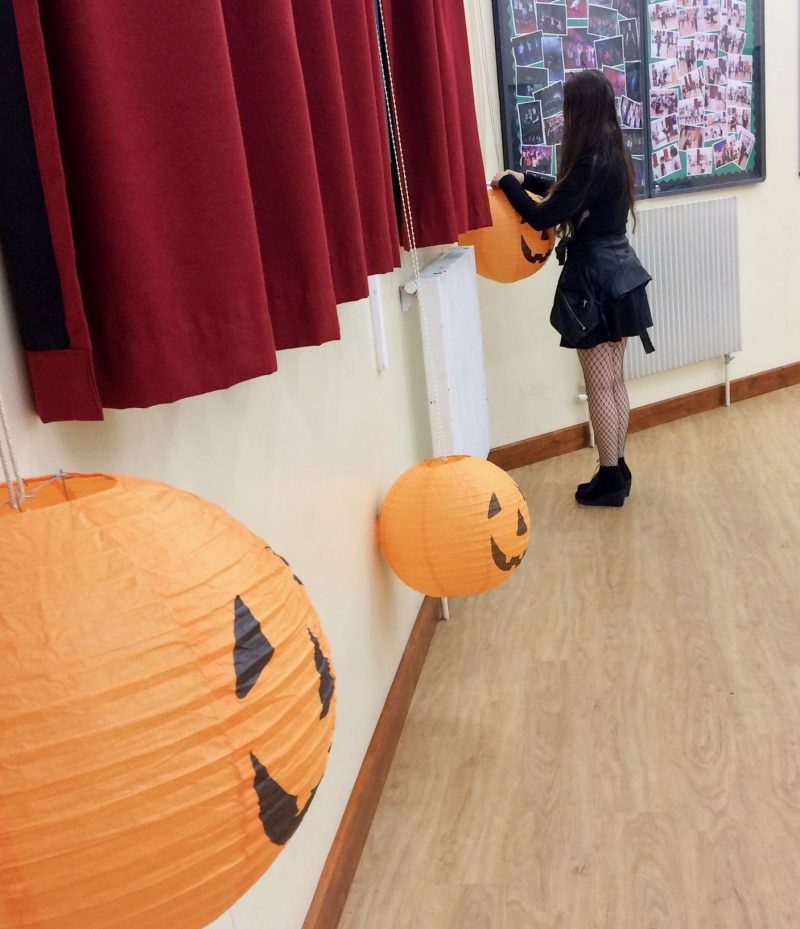 They’d sold over 70 tickets in the end, and more came along on the night. Teenagers get a lot of stick, but it takes some doing to organise and supervise a full on Halloween party for around 100 11 year olds, high on Oreos.

If you’re planning a Halloween party of a spot of trick or treating then get on down to Poundworld for your costume and decorations. 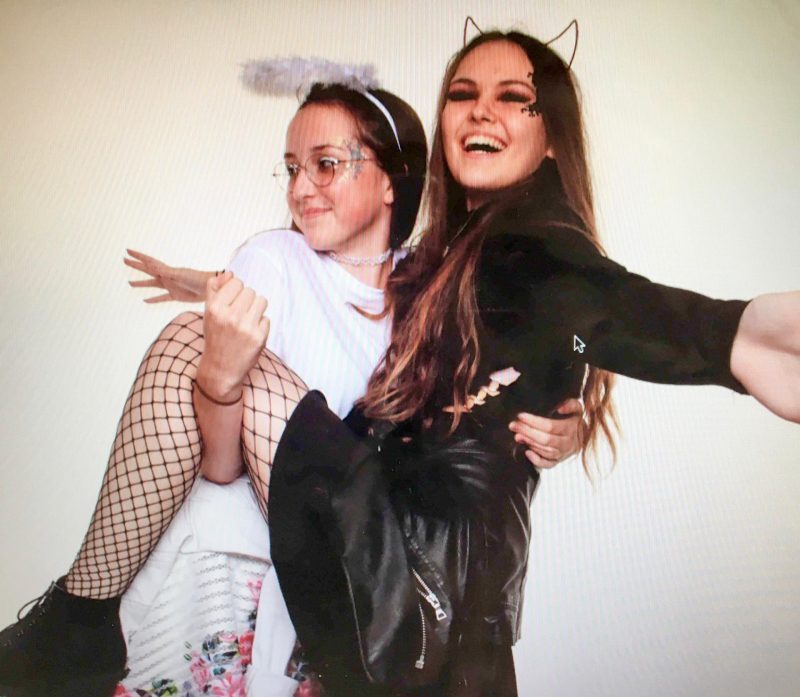 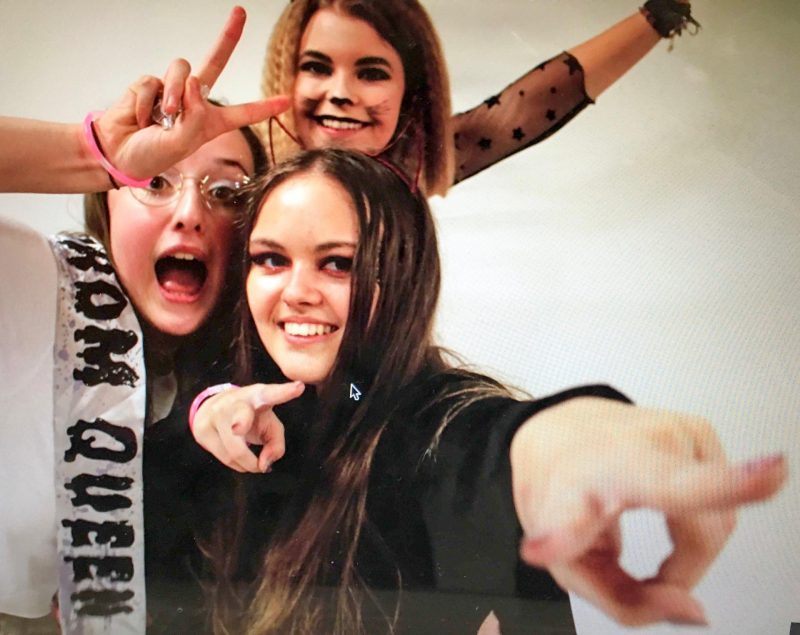