We have a joke in our family.

Bee: What do you call cheese without a face?

Me: I don’t know, what do you call cheese without a face?

My point is though, why WOULD you want ‘normal’ anything if there was an option to have it WITH a face?? You just wouldn’t, which is why I wanted to try out the cordless Henry vacuum cleaner. I’m not especially drawn to housework as a rule, but this vacuum cleaner has a FACE remember. I feel like cleaning the bathroom would be more fun if all the spray bottles had faces. In fact, the more I think about it, the more genius of an idea it is.

Now you may have noticed me casually drop in that this is a cordless Henry, which means he runs on a rechargeable battery pack rather than having a big long cable. There is a look on his face too, like he KNOWS he doesn’t need plugging in and he’s pretty smug about it. 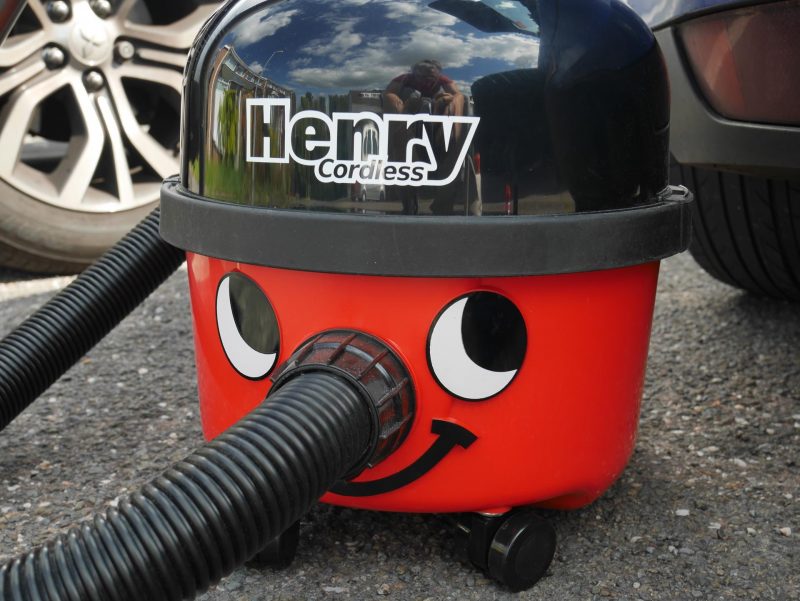 See what I mean?

The cordless thing might not seem like a game changer immediately, especially if you have a small house, but not having to be bothered to unwind a cable and plug something in is surprisingly motivational when it comes to spontaneous cleaning. Just grab him from the cupboard and Henry follows you around like an adorable puppy on a lead. A puppy that picks up dust. And has a nozzle instead of a nose. And lives in a cupboard. View more vacuum cleaner reviews on Vacmux.

(Note: do not keep your puppy in a cupboard.)

Being cordless makes Henry very useful outside the home too – you can use him in a summerhouse or a garage, you could easily vacuum your artificial lawn with him, if that’s the sort of thing that floats your boat, and it makes cleaning out the car a dream, especially for me as our house is away from the road and I’d need a cable about 300 metres long otherwise.

If you were feeling philanthropic, you could even take Henry out and about in the community, vacuuming up little messes as you went. Or you know, take him to the park for a go on the roundabout?

Or that might be weird. I don’t know. It’s just that after a while he begins to feel like your friend as much as your vacuum cleaner. (Okay, definitely weird.)

The cordless Henry vacuum cleaner is a dream for this. I’m not know for keeping the cleanest of cars, and he did give me a bit of a shifty look when I took him out, as if to say ‘seriously, you want me to clean that?’ 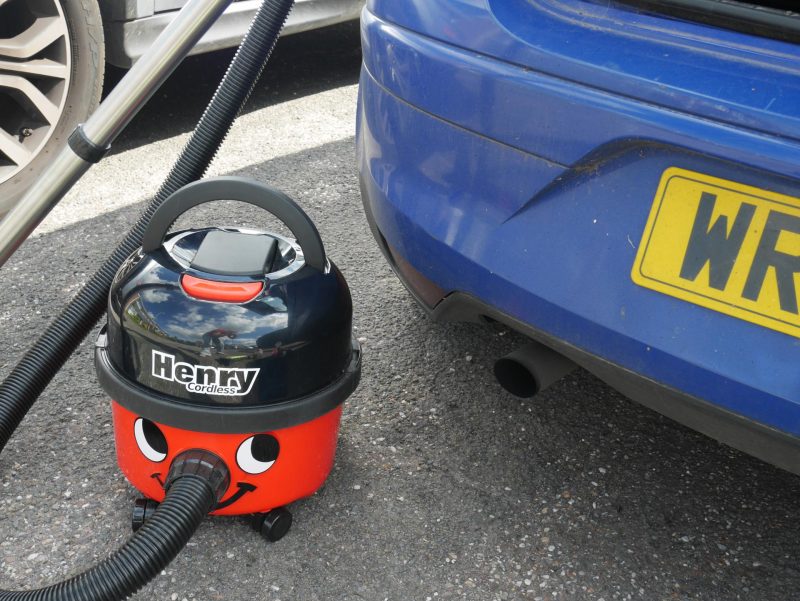 When I first switch him on, I wonder for a brief second if he’s actually working, as he’s so quiet. I mean really quiet – easily quieter than any vacuum cleaner I’ve ever used. I guess it’s because they were originally designed for commercial use – you can’t exactly have half a dozen super loud vacuum cleaners echoing around an exhibition space at the same time. I’ve spent a lot of time in those big exhibition halls, (for work, not just because I’m weird), and that would NOT be nice.

When you switch him on he also has a battery indicator, so you can see how much power you have left. 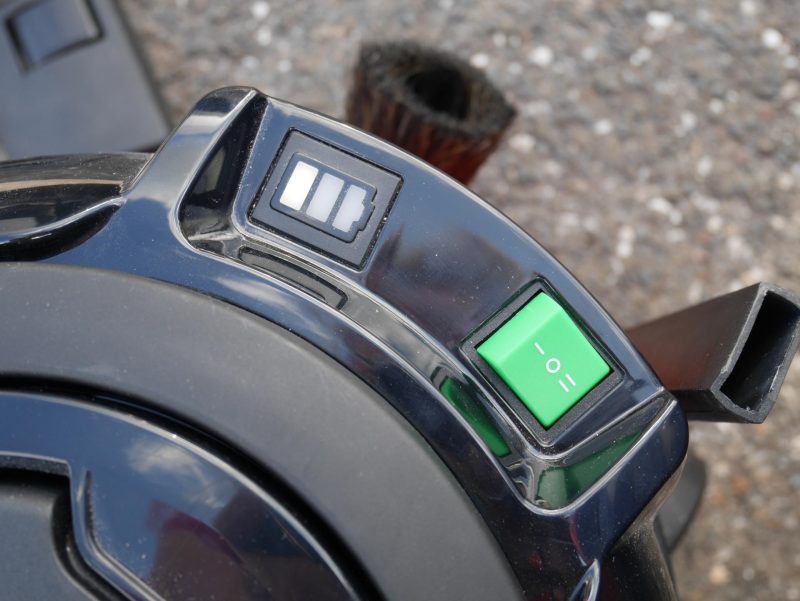 Henry made light work of the car, despite not having the loudest of engines himself. I had a nice chat with the postman while I was doing it –  he was very interested in the cordless side of things. He was also rather confused as to why I had a camera with me to vacuum my car. Explaining that I was a blogger didn’t seem to enlighten him.

Henry has a nice little assortment of nozzles to get into all those annoying nooks and crannies, which slot neatly on his back, alongside the main hose, like a well-organised cowboy.

The battery is incredibly easy to use, and this comes from a woman who openly admits to not understanding how to use remote controls. My Henry came with two rechargeable batteries and a charger, so whenever you start to flag on the job, as it were, you always have a back up.

Even I can replace the battery in the cordless Henry, and I can’t even use remote controls. pic.twitter.com/wtH8riw0T4

When Henry gets full, it’s very easy to change the bag. He fits together a bit like a Victoria sandwich – just unclip him at the sides and you’ll see he stacks together, with the bag resting in the bottom sponge layer.

(Note: no part of Henry is actually made of sponge or jam.) 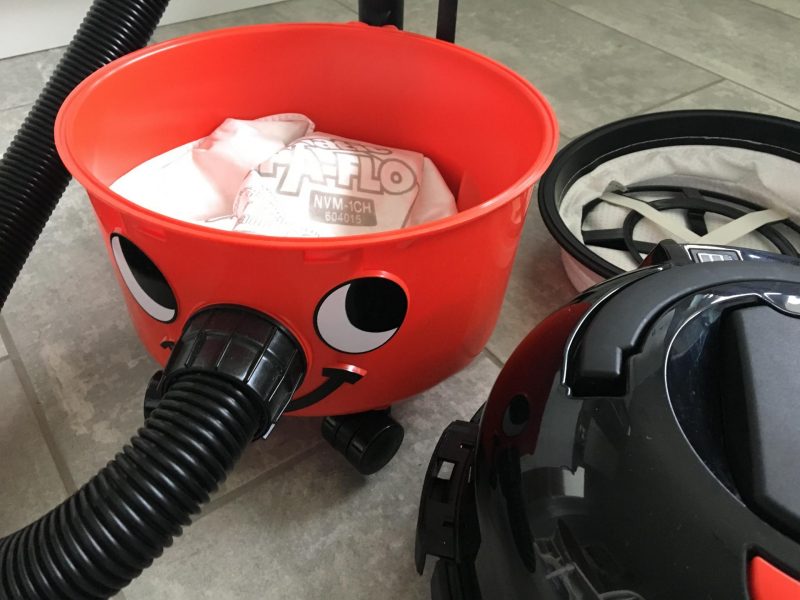 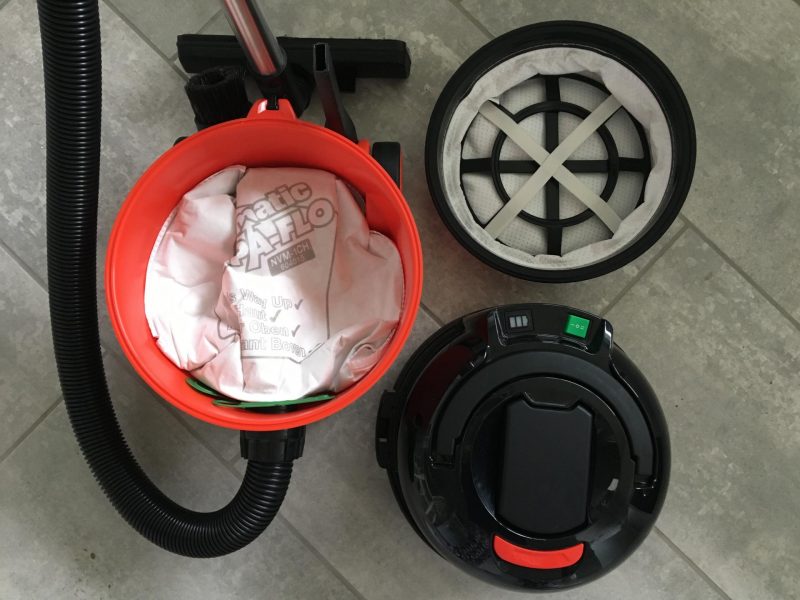 All in all then I was very impressed with the cordless Henry vacuum cleaner. He’s very effective and easy to use and best of all, he has a face.

You can’t ask for much more than that can you? 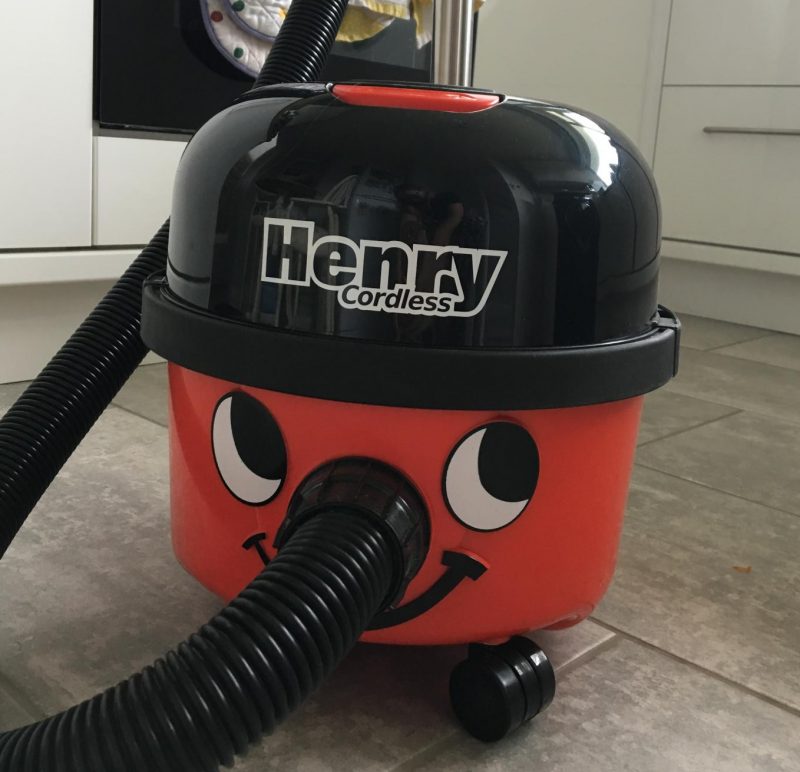 I was sent the Henry cordless vacuum cleaner for the purposes of this review. All opinions are my own.