Created in association with Heinz 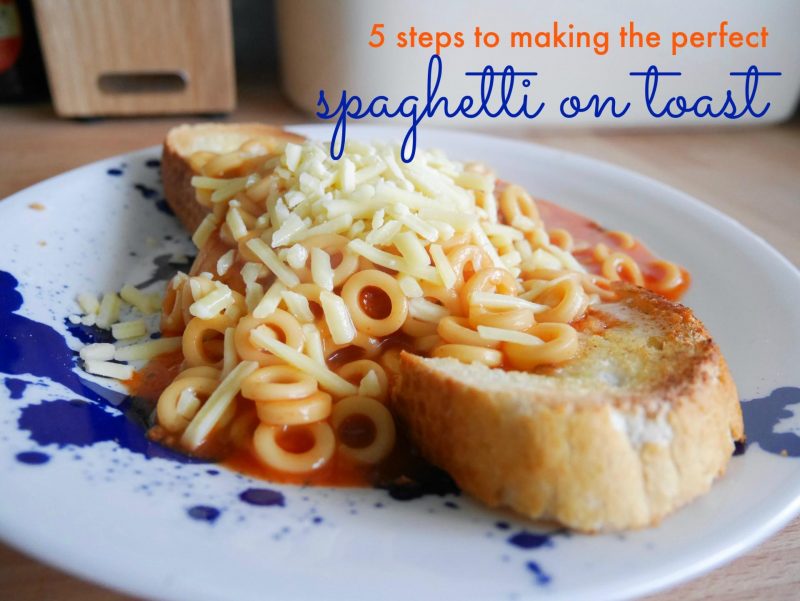 I’ve always had this morbid fantasy about what’s going to happen when I die.

In my mind I picture a scene a bit like this one in Bill and Ted’s Bogus Journey. I imagine that once I’ve answered a series of questions to confirm it’s me, that I’ll be given a huge book full of statistics on everything I’ve ever done – number of hours spent asleep – 233,601; number of sandwiches from school packed lunches that I’ve thrown away at 3.30pm – 3,296 – that sort of thing. Some of it might be in graph form, because whoever is in charge will appreciate that I like a good graph.

Under the category ‘Family Teas > 1995 – 2010 > Tinned’ I expect there to be a fairly substantial entry for spaghetti hoops. Or, as it has always been known here, ‘ghetty’. (A bit like the images but without the hefty legal bills.)

With Alphabetti Spaghetti limited to special occasions only, number one in the chart would definitely be Heinz Spaghetti Hoops. 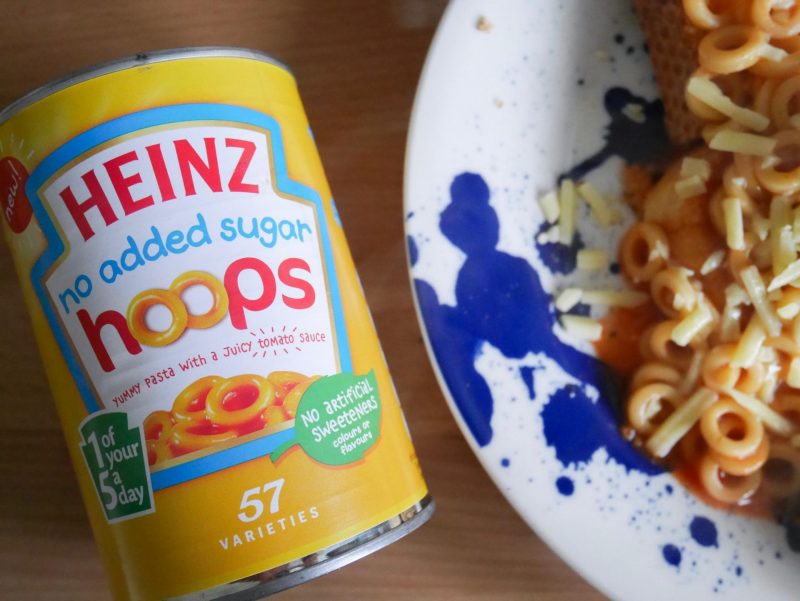 There is just something wonderful isn’t there about the way you can gather them up on your fork? I remember quite vividly as a child the thrill of lining them up neatly on every other prong, so as not to crowd them, and seeing how many I could fit on before an adult said ‘stop messing about with your hoops and just eat your tea.’

Both of my children have always loved Heinz Spaghetti Hoops. A tin of Heinz Hoops is a staple in our cupboard – a sure-fire way to please everyone when they were small.

I ask Belle what she likes most about Heinz Hoops.

‘I love them,’ she said. ‘I love looping them on the fork and making them into neat rows.’ She makes a gesture with her hands that looks a bit like chopping but which I guess it meant to show the neatness of the hoops. I have a moment of parental pride where I realise I have passed on a spaghetti hoop legacy. (Although Belle only does one prong.) 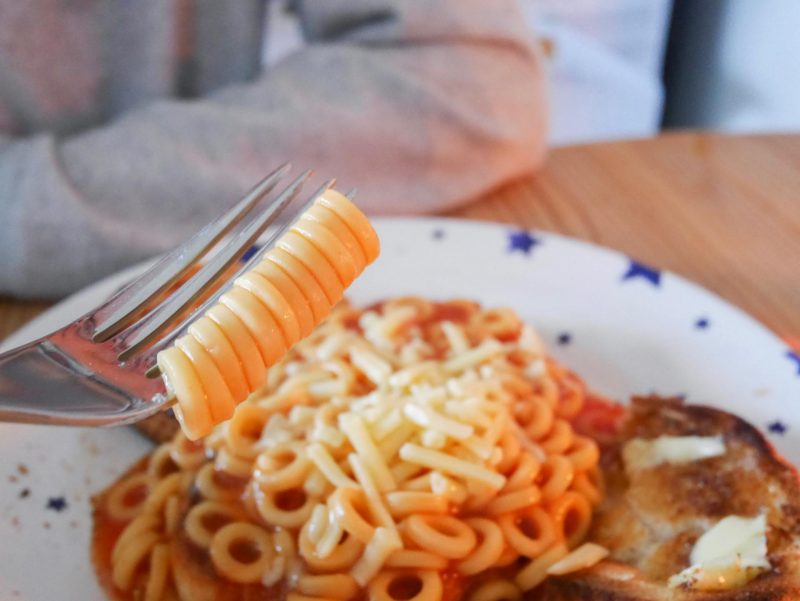 I text Bee to see what she thinks.

Heinz Hoops have clearly made a big impact. 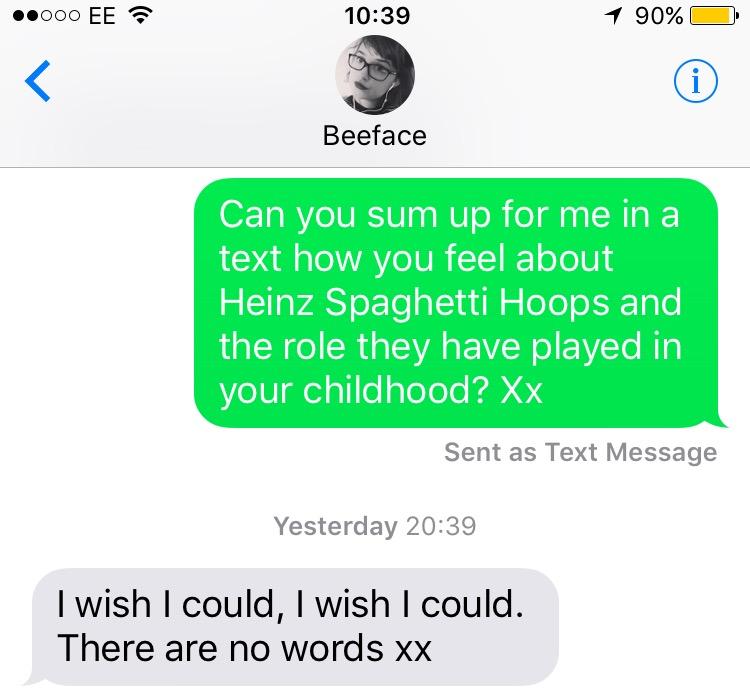 Heinz have not been resting on their spaghetti laurels though. They’ve recently launched a brand new product – Heinz No Added Sugar Hoops, made with no added sugar AND, perhaps more importantly, no artificial sweeteners. Instead they are naturally sweetened with stevia plant extracts, they have added vitamin D and iron, plus they count as one of your five a day as there’s a whole tomato squeezed into every portion.

To put the new Heinz No Added Sugar Hoops to the test, I enlist the help of Belle to help me create the perfect spaghetti on toast and to pose for some photos.

‘Do something to show us how much you love spaghetti hoops’ I told her. 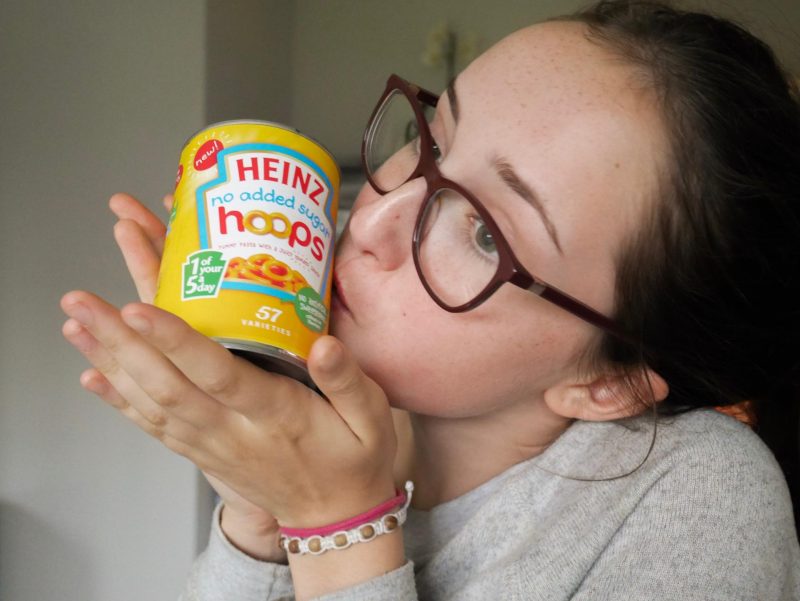 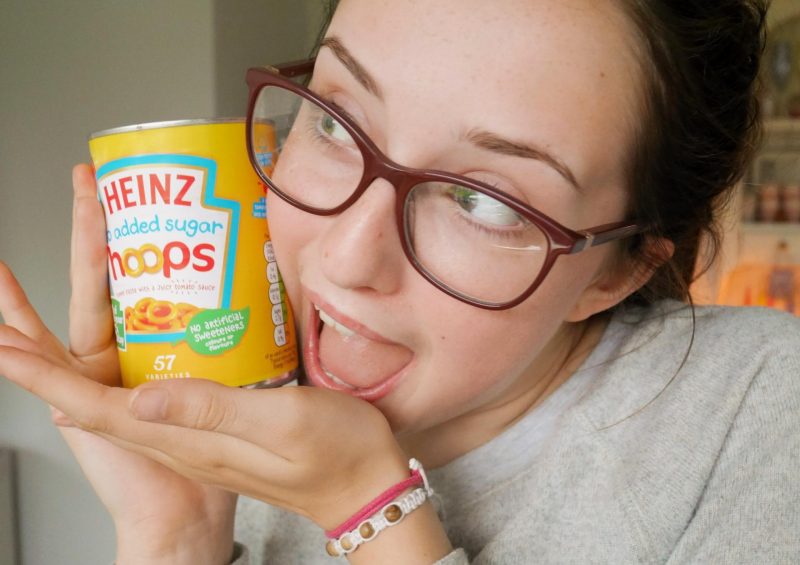 After some deliberation, we agree that there are five key elements to the perfect spaghetti hoops on toast:

Heat your Heinz Hoops in a saucepan

You can microwave them, but we don’t have a microwave and even if we did, I always prefer beans and spaghetti to be heated on the hob. You get to stir them as they cook, letting the excitement mount, and dunking in a crust of bread while they cook if you are naughty like me. 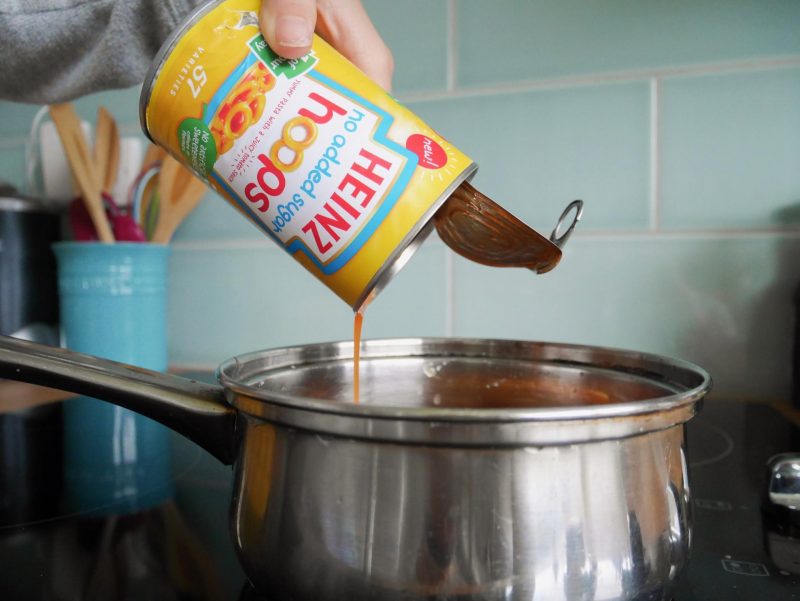 White, brown, wholemeal – even sourdough if you’re a bit hipster – I’m not going to judge your bread choice, I just say go for something fresh that you can cut into big, wholesome slices. If you want to go all how, why not make your own? It’s worth it. When your bread is toasted, go with a light spreading of real, no nonsense, pure butter. 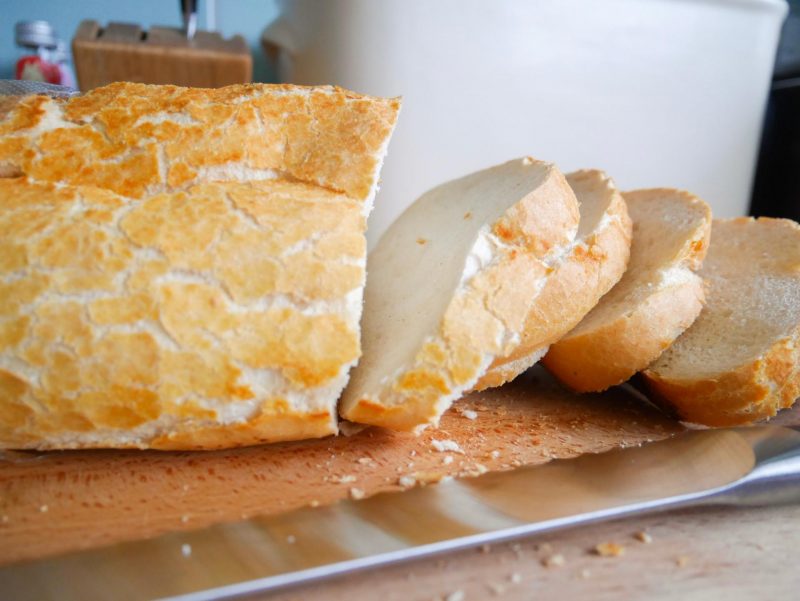 Arrange your toast with care

This for me is perhaps THE most important step. Without wanting to be controversial, because I try to avoid that in blog posts generally, there is a RIGHT and a WRONG way to do this.

‘You have two pieces of toast,’ explains Belle, ‘one in the middle of the plate and one cut in half either side.’ The Heinz Hoops are then poured onto the central piece. ‘The middle bit gets all nice and juicy from the hoop juice and the edge bits are for if you want to make a sandwich or something.’ I prefer to leave my outer halves crisp and juice free, ready to be used at the end to mop up the last of the hoops.

I hope that’s clear. Please leave a comment if you have any queries.

To cheese or not to cheese?

That IS the question with spaghetti hoops. I’m a big fan of grated cheese if you’re feeling in the mood, but I’m not going to dictate on this one, (although just an ounce of cheese gives you a good dose of calcium, so it could be an easy way to casually sprinkle in some extra goodness.)

I did a Twitter poll but results were mixed, so I feel like you need to follow your instincts here. Someone even suggested on Twitter that you have cheese on the side so that it doesn’t melt, which is just plain odd.

(I told you I liked graphs.) 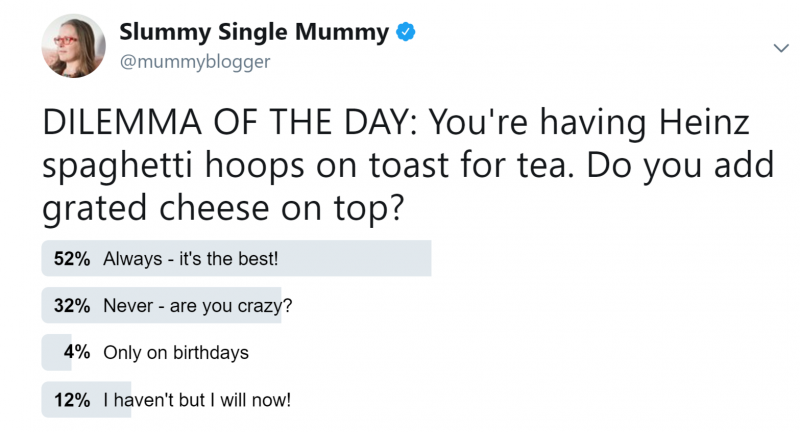 Get the children to wash up

Haha! Good luck with that one.

Although, the good thing about having Heinz Hoops on toast for tea is that the plates will be pretty clean before you even start the dishes. 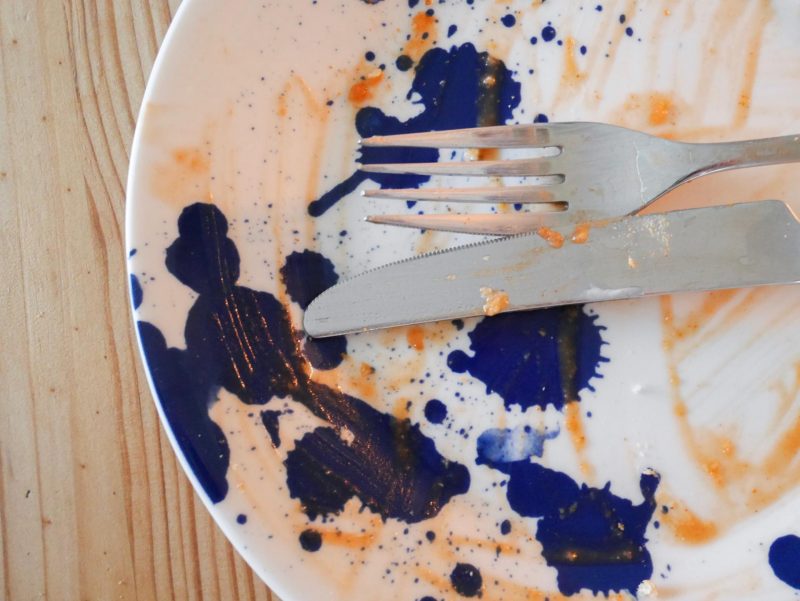 Belle and I agreed that in our opinion the new Heinz No Added Sugar Hoops were just as tasty as the original ones. They definitely didn’t have that air of disappointment about them that you get sometimes with a no added sugar version of one of your favourite things – in fact it was really hard to notice any difference at all.

If you fancy making a healthy swap for your family, do give Heinz No Added Sugar Hoops a try, and don’t forget to follow our five step plan for the perfect spaghetti on toast! Heinz Hoops are available at all major supermarkets at an RRP of 55p for a 205g can. 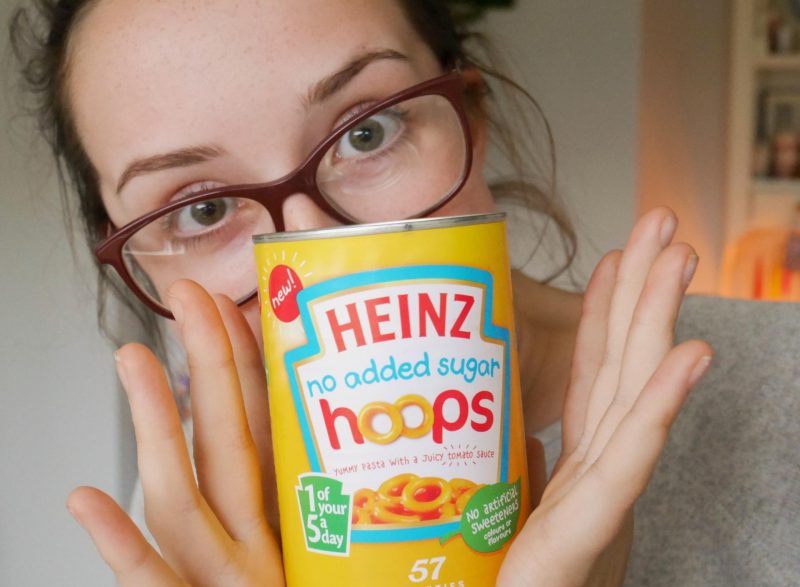