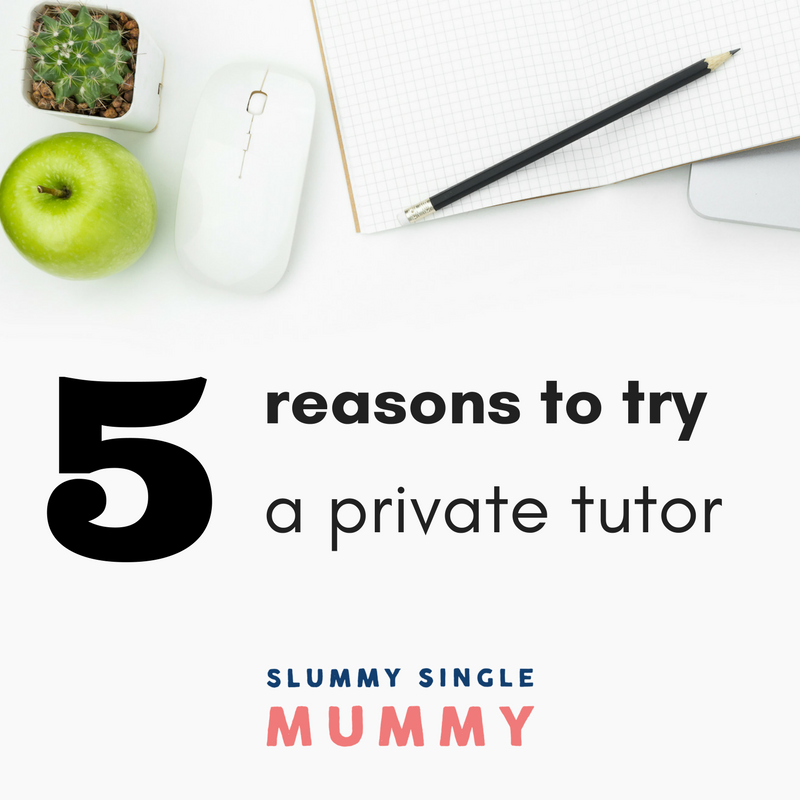 A few months ago Belle had a bit of a blip at school. She does triple science GCSE and although I’m pretty handy with a simultaneous equation, when it comes to science, I’m not always hugely helpful. She’d recently had a chemistry test and had scored 28%. She was not feeling good. I decided that a little bit of extra help was called for, so we had a search for a tutor online and found one nearby – a friendly looking woman called Fiona.

Belle was nervous before we went. I think she was worried about looking stupid and not knowing the answers, but as I pointed out, she’d look MORE stupid if we went all that way and then knew ALL of the answers, as it would just look like we had paid £30 to see inside Fiona’s house, and that would be VERY creepy.

As it turned out, I may well have been happy to pay the £30 just for that, as Fiona’s house was lovely. It was about 20 minutes away, and I didn’t want to come home in between, so she and Belle worked in the kitchen while I sat in the living room with the log burning stove and a book. It was rather lovely. That isn’t one of the reasons on my list though.

Finding the right tutor for your child isn’t easy though, and there are so many tutors available now that it can tricky to know where to start. Whether you’re looking for an 11 plus tutor in Colchester or a violin teacher in Milton Keynes, chances are you’ll find them, but where to start?

If you’re keen to get a little extra help for your children, try having a look at something like The Tutor Pages. Here are five reasons why finding a private tutor worked for us:

A lot of the time with Belle it’s a matter of confidence as much as ability. She’ll look at a homework question and if she doesn’t immediately know the answer she panics. It’s like a curtain just falls down over her brain. I know that she knows it, or could certainly figure it out, but she switches off.

So much of learning is about confidence and spending even just an hour with someone one to one, who can bring that confidence out in you, can sometimes be all it takes.

Sometimes you need a fresh approach

Teachers have their own way of explaining things and have probably been doing it the same way with hundreds of children for years and years. It may not occur to them to think about new ways of approaching a subject with which they are so familiar, and yet sometimes all it takes is for someone else to say ‘Okay, how about looking at it like this instead?’

We’ve all had those light bulb moments haven’t we, when someone is trying to explain something, and we just don’t get it, until someone new steps in and shifts the perspective?

A tutor has way more patience than you do

In my case at least.

I do my best, honestly I do, but sometimes I just find the whole thing so frustrating when I can clearly see the answer and have no idea how someone COULDN’T.

‘But I don’t understand!’ Belle will say.

‘How can you not understand??’ I’ll reply. ‘LOOK AT THE QUESTION! It’s right there!’

I often find myself telling Belle things I know to be true, but for some reason she doesn’t quite believe me until she has it confirmed by an ‘expert.’

Take medical matters. Whenever I bandy around the term ‘growing pains’ she looks highly sceptical, like I have just made it up to keep her quiet. When a DOCTOR says it though… Well, that’s different isn’t it? What do mums know??

It doesn’t have to be super expensive

Okay, so I’m not saying that hiring a private tutor is cheap, but it might turn out that you don’t actually need as many sessions as you first imagined. I was totally prepared for Belle needing half a dozen or so visits with Fiona, (so that I could finish my book by the wood burner), but literally after just one hour with her, Belle’s whole attitude had turned around.

‘I don’t really think I need to go again,’ she said on the way home. ‘I get it all now and feel much happier.’ And she was right. Her next test result was back up where she wanted it, and her confidence was sky high.