Belle likes to play a game with me called ‘Would You Rather?’

‘Would you rather,’ she asks, ‘have a hand chopped off or a foot?’ She is jolly like that.

‘Which hand?’ I counter, because I’m pedantic.

‘I’ll probably lose the hand then,’ I say. ‘But if it was two hands versus two feet then I’d sacrifice the feet.’

Here I am talking a little bit about how I got on. This is the cheat’s version, for if you don’t have time to read the rest of the post because you haven’t discovered Weight Watchers meals in the chilled aisle, and you’re slaving away in the kitchen.

(Plus I’m in a face mask for some of it, which surely makes it worth watching if only for comedy value?)

Friday night number 1 saw me at home, in the kitchen, knife in hand with my onions and peppers ready on the chopping board. This was my recipe: 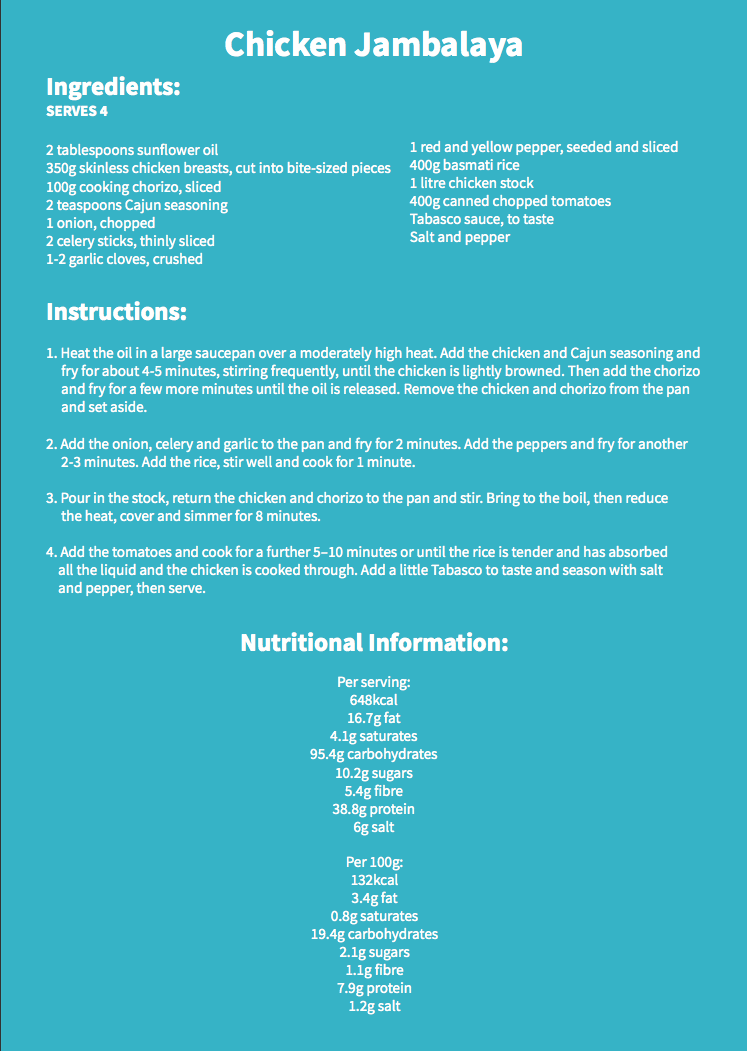 Now, I have to say that I actually don’t mind cooking TOO much, as long as I have plenty of time and I’m not too hungry. It can actually be quite relaxing once you get into it. However, it’s definitely not in my top five ‘favourite ways to spend my time’, and if someone else where to offer to cook for me then I would ALWAYS say yes.

The recipe was easy to prepare though, and very tasty. No complaints from me flavour wise. Nutritionally though you do have to be careful – it’s 648 calories, 16.7g of fat and 6g of salt, which isn’t the most guilt free meal. 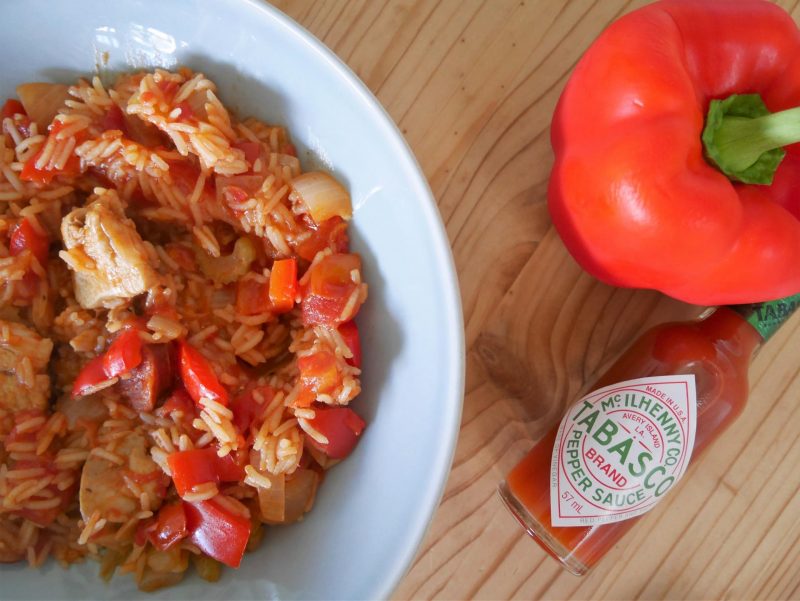 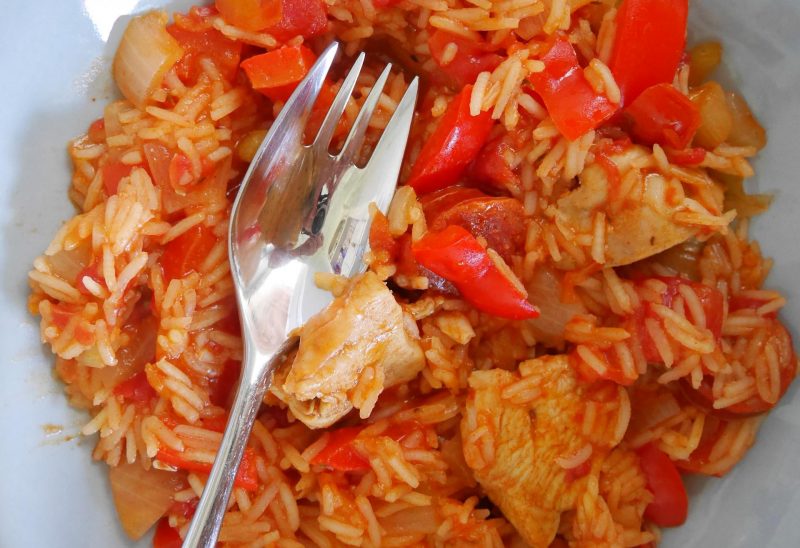 Preparation wise, my second Friday night was a little bit simpler. I preheated the oven, popped in my Weight Watchers chilled chicken jambalaya, found iZombie on Netflix, (well worth a watch), and smeared my face in a deep clay face mask. (Watch the video if you want to see what I looked like.)

The Weight Watchers chicken jambalaya takes 25 minutes, so if you got your water ready while the oven preheated you’d even have time for a cheeky bath. 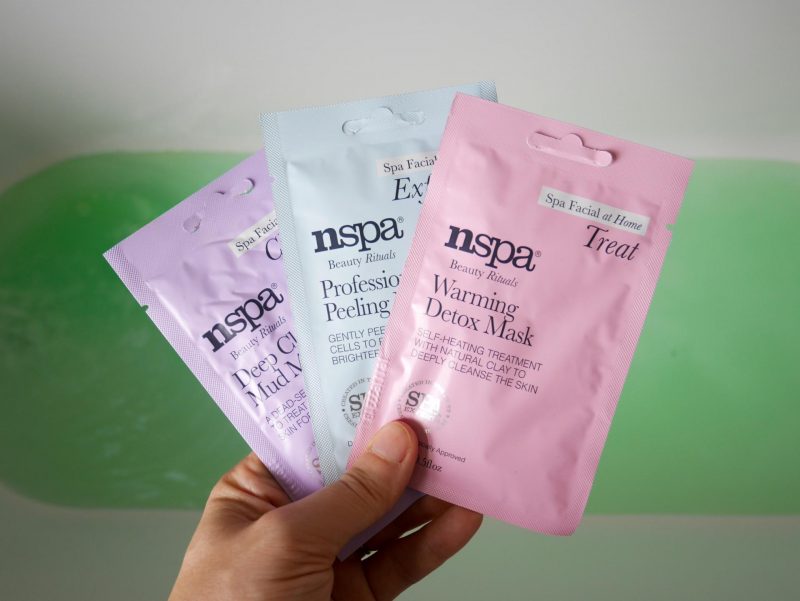 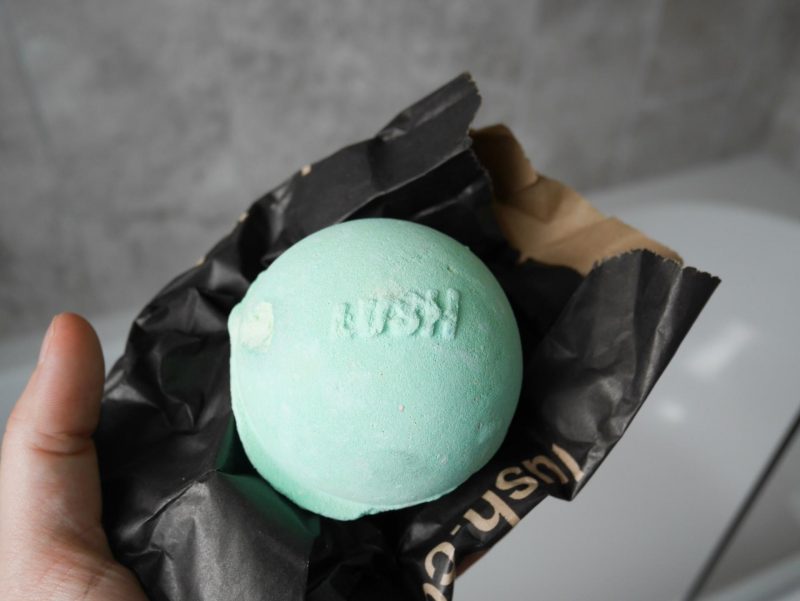 While I relaxed, I had a quick read of the packaging so that I could compare nutritional value. The Weight Watchers chicken jambalaya seemed to score rather better than my home cooked version, with just 384 calories and 5.7g of fat. It also only had 1.63 grams of salt, which was significantly less than my meal the previous Friday.

I found the salt content comparison really interesting, as I think if you’d asked me beforehand, I would have guessed that the prepared meal would have more salt than the home cooked one. Weight Watchers chilled meals are also free of artificial colours, flavours and preservatives – something else I might not have known before the challenge.

It was time for dinner. 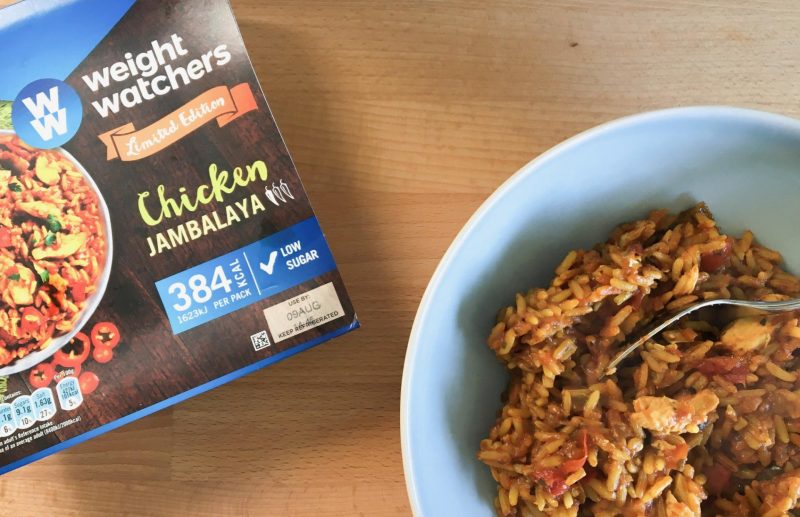 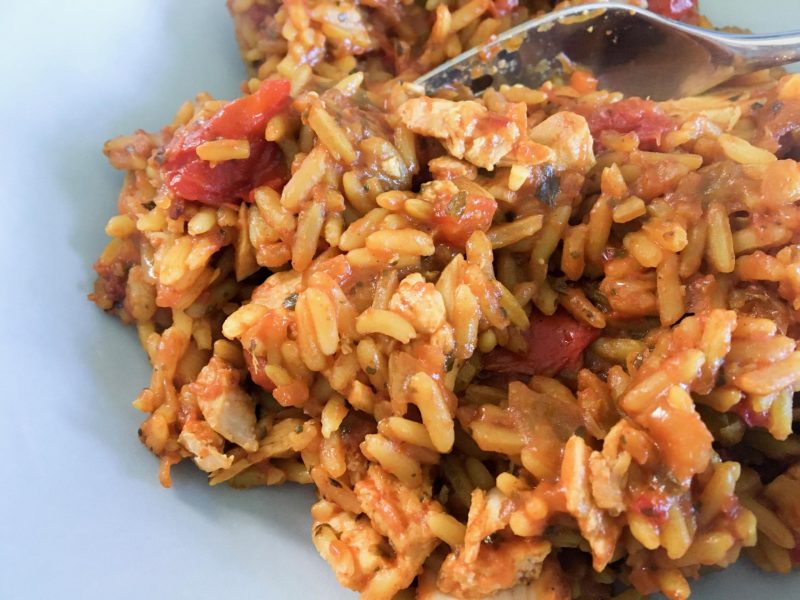 As I said in the video, I was quite prepared for the ready made version to lack something in the flavour department, but honestly, I couldn’t come up with any kind of criticism. It smelt amazing from the minute I took it out of the oven, and it tasted great too. Having spent nearly half an hour relaxing while it cooked, I think I enjoyed it even more than the first jambalaya.

To sum up, I completed a little score sheet, showing how I felt about each of my Friday nights.

In answer to the ‘would you rather?’ question, I think it’s pretty clear that I’d rather take the Weight Watchers option and put my feet up thank you very much. 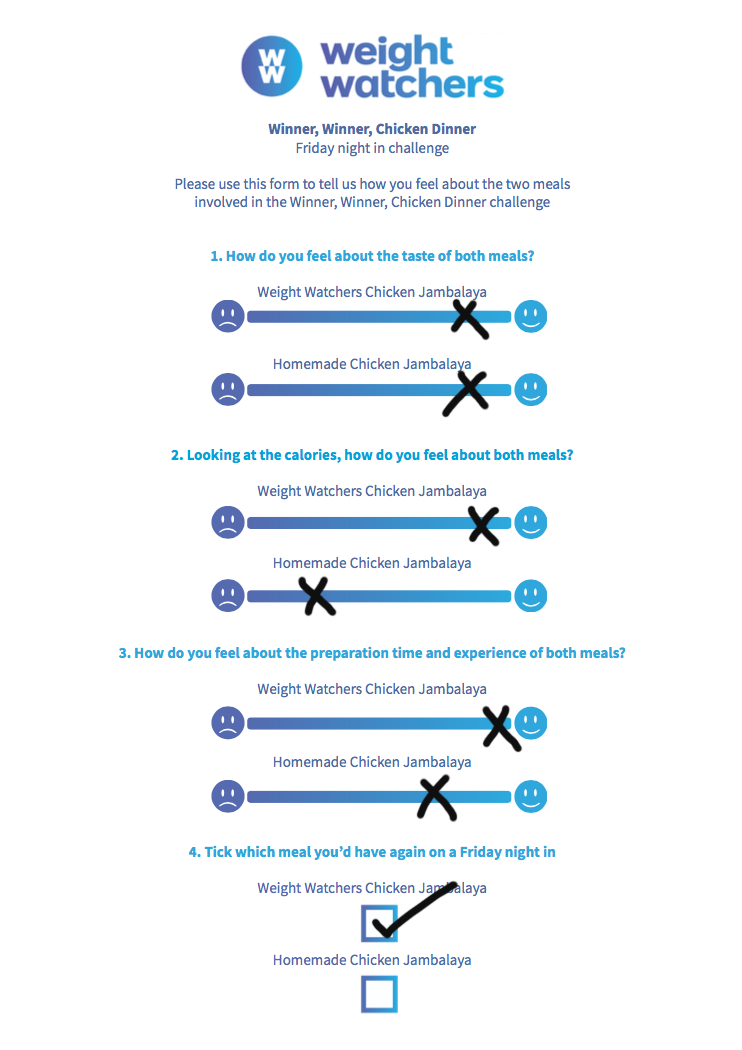 Sponsored post in association with Weight Watchers. All opinions my own.