Iceland the supermarket, not the country.

I’d say ‘unfortunately’, as I really do want to visit Iceland the country, but to be honest, I am such a massive fan of Christmas food that I was totally happy making my way to London in 30 degree heat last week in the name of brussel sprouts and custard filled Christmas puddings. 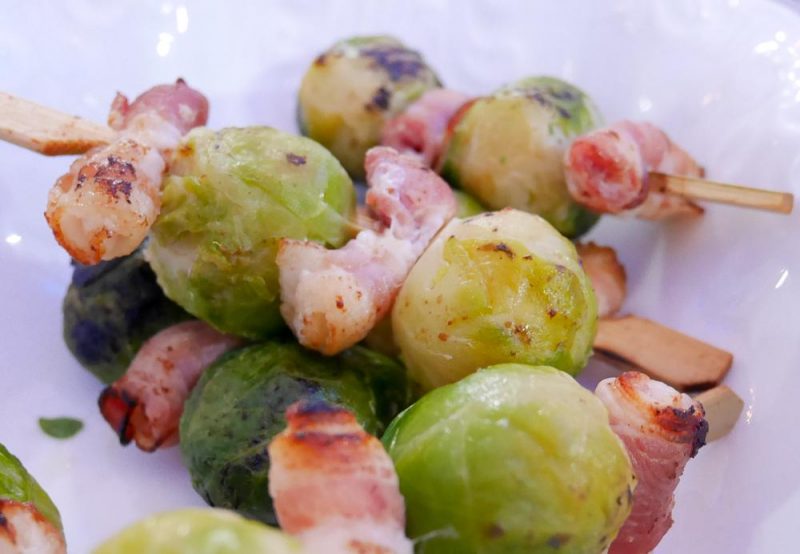 If you’ve ever worked in the MEDIA, (fancy), then you will know that Christmas in July is most definitely a THING. It’s when all the brands launch their Christmassy ranges, giving plenty of time for magazines and influential bloggers, like what I am, to talk about their stuff.

I arrived early, as I tend to, (I can’t bear lateness), and thought I’d be able to find a casual Starbucks near by to gather my thoughts and freshen up a bit after my very sweaty tube journey. As it turned out, the area wasn’t thronging with cafes by any stretch of the imagination, so by the time I arrived in the hallway full of Christmas trees, having wandered the streets for half an hour in a heat wave, I looked like I had been pulling a sleigh myself.

Still, I styled it out – ‘just a summer glow darling!’ – and went up the stairs into a veritable Christmas food heaven. 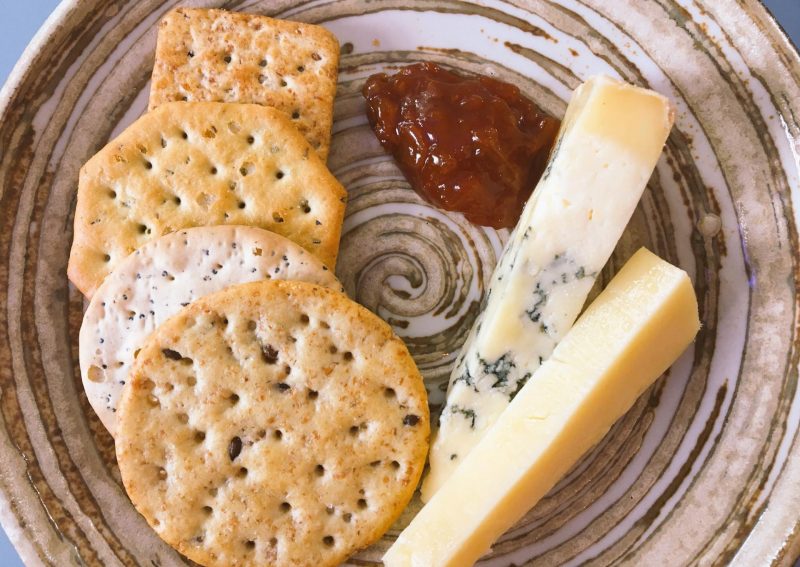 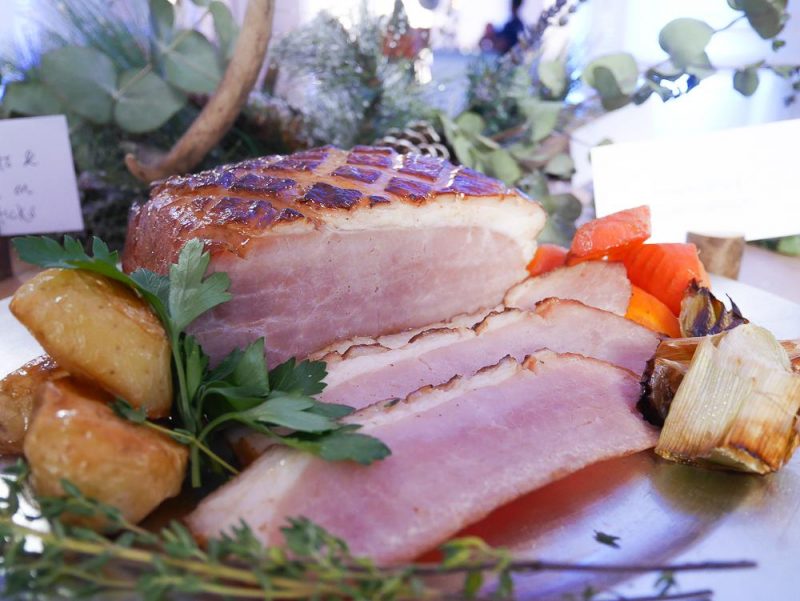 As well as having all of their delicious looking Christmas food on display, Iceland had experts on hand to tell you about the inspiration behind the recipes, and to highlight popular products. (I did a live video tour here if you want to watch it.)

Did you know for example, that back in the 15th century, gilding was a very popular thing to do to meat, especially for special occasions like Christmas? Back then they used gold leaf, but probably best not to try THAT at home. Instead you could get yourself one of Iceland’s gilded whole turkeys. It’s roasted in a muslin and butter cloth to stop the skin browning, and then has a special glaze applied right at the end of cooking to give it a golden glow.

(You see? I was there to LEARN things on your behalf, honestly.) 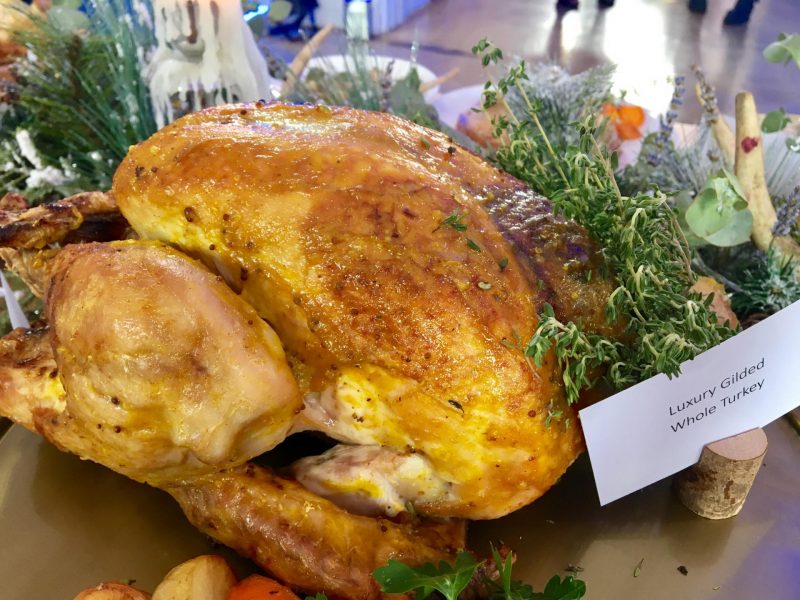 Along one side of the room was a kitchen area with a bar, where I perched myself alone like a middle-aged divorcee in a hotel lounge, waiting for someone to buy her a cosmopolitan. No cocktails arrived but I was presented by Iceland head chef Neil Nugent with a stream of delicacies to taste instead, which was probably for the best as I’d already had a glass of Prosecco and it was only 2pm. (But it was Christmas, so that’s okay.)

I got to try the turkey first hand, which was delicious, along with delights including beetroot smoked salmon, lovely fish dishes, fruity mini eclairs and a lovely cheddar, made just down the road from me in Wookey Hole caves. 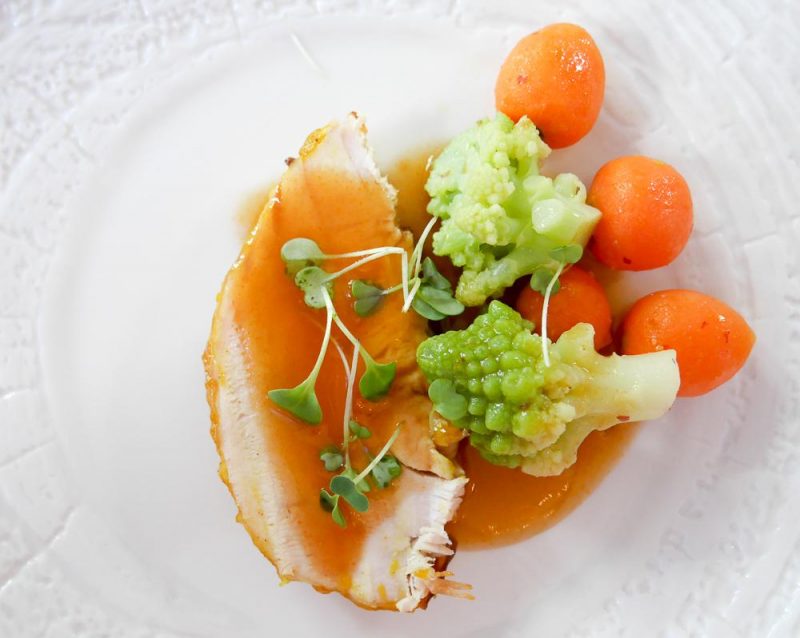 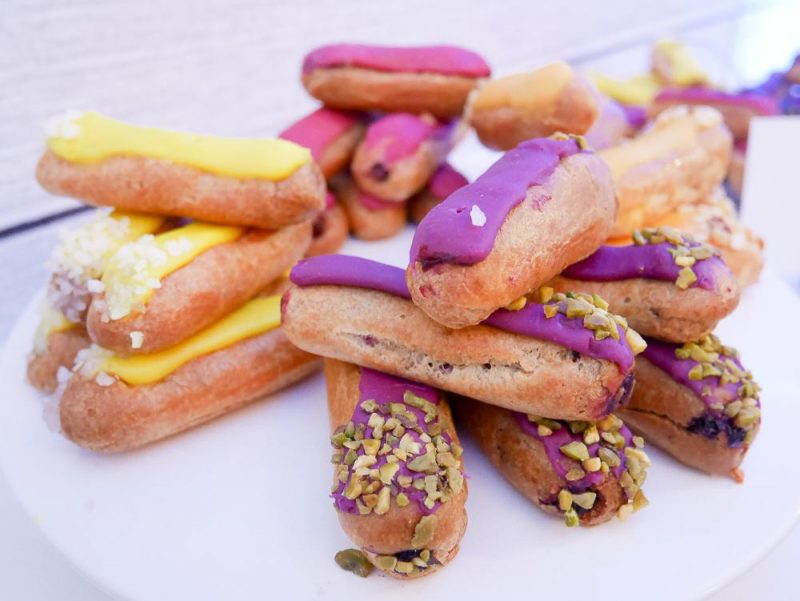 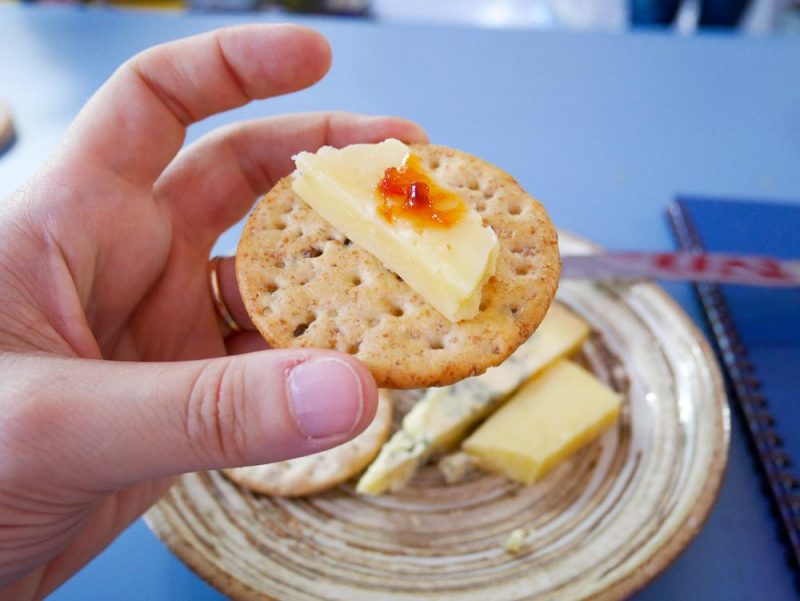 (Have a look at this tweet if you want to see the eclairs levitating!)

All I needed then was a drawn out game of Monopoly and a glass of Harveys Bristol Cream and I’d have been set for the night.

If you’re sceptical at all about shopping for Christmas at Iceland then seriously, you mustn’t be. A few months ago, before I started working with them, I might have been too, but honestly, I have been impressed with absolutely everything. Also, did you know they were named ‘Best Online Supermarket of 2017’ by Which? AND The Grocer Gold Awards? 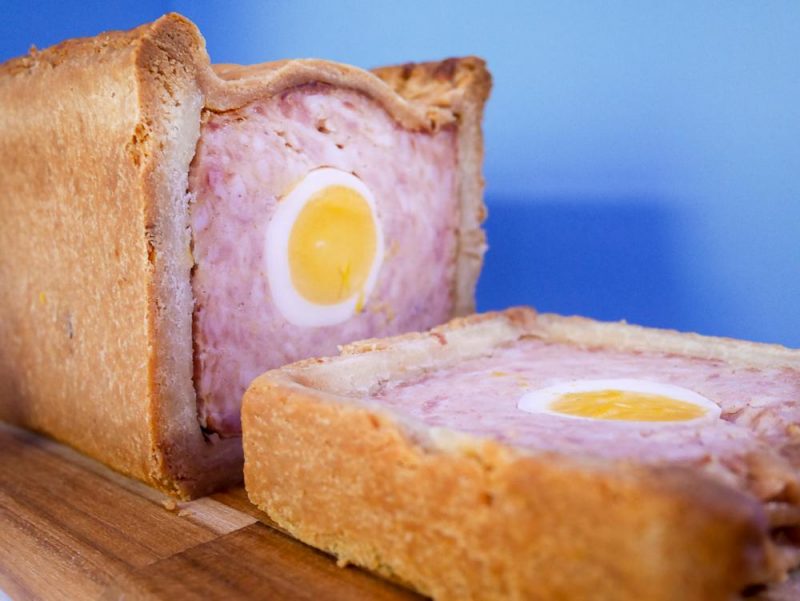 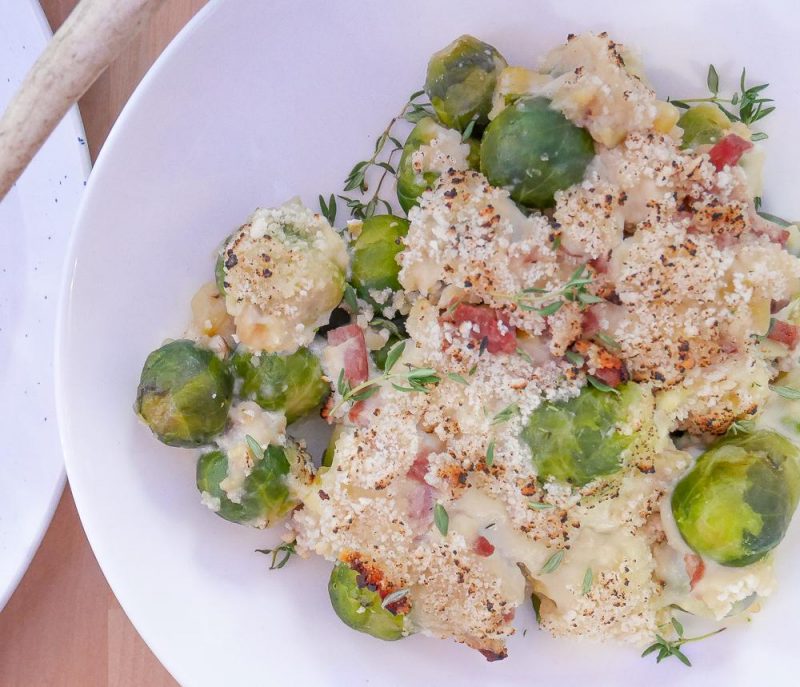 Head Chef Neil Nugent, who joined Iceland last year, has done wonders to help them break away from that idea that frozen food is somehow inferior, when in fact it’s anything but. Freezing food as soon as possible after it has been picked, caught or killed is actually a brilliant way to preserve flavour, freshness and nutritional value without having to add any extra artificial preservatives – that’s the ethos behind Iceland’s ‘Power of Frozen’ campaign. We might imagine that top chefs like Neil spend hours every day browsing local markets for fresh produce for their restaurants but in reality a freezer is a chef’s best friend.

After my experiences last week at the Iceland Christmas event I’m convinced. This Christmas, this mum will definitely be going to Iceland. 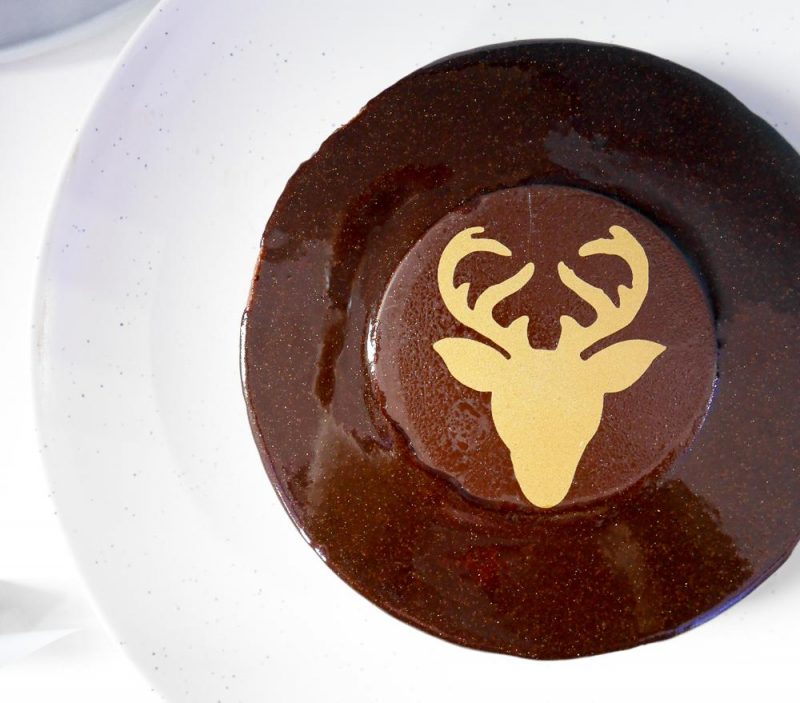 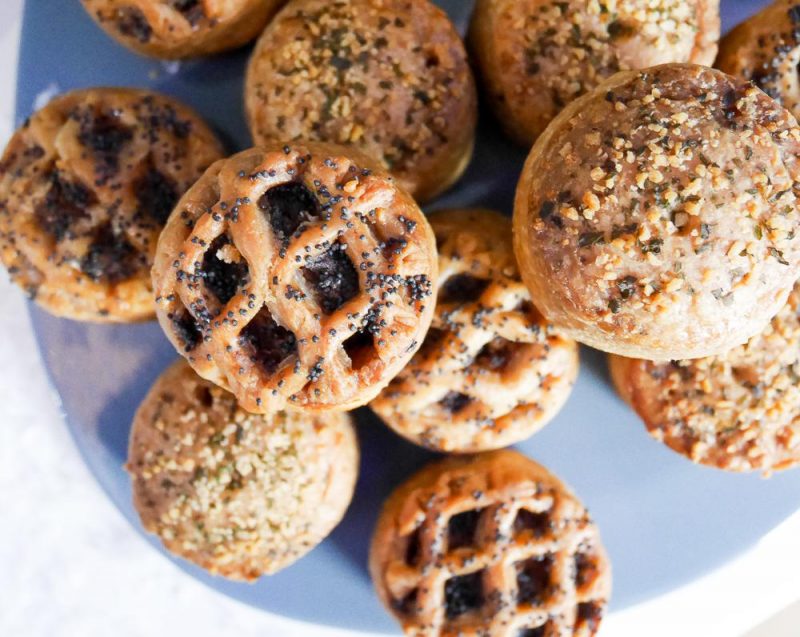 Post in association with Iceland. All opinions my own.