I had a phone call this week. It was annoying as I had a mouth full of pea shoots and had to munch them up and swallow them quickly. When I answered I discovered it TOTALLY wasn’t worth it.

‘Hello,’ said the voice on the other end, which sounded like a robot but wasn’t, ‘I’ve been informed you’ve been in a car accident that wasn’t your fault, is that correct?’

I gasped in horror, as though I was being told this news for the first time and had suddenly realised that my legs were trapped. ‘Who informed you?’ I asked.

‘When did the accident take place?’ asked the not robot.

‘That’s not really an answer is it?’ I said. ‘I asked who informed you?’

Silence, and then the dial tone.

I was quite disappointed as I was on my lunch break with time to kill and had been keen to string it out for a bit. Since the call I’ve been considering alternative responses, and have had a few suggestions from Twitter, so I’ve compiled a list for you of alternative things to say the next time someone calls to tell you that they’ve been informed that you’ve been in a car accident. You might want to print off this list and keep it by the phone so it’s handy.

‘Oh my goodness! I thought I was feeling a bit funny today. Am I seriously hurt?’

‘Could you call me back in about ten minutes?’ (grunting) ‘I’m just having a poo and it’s proving stubborn.’

‘Noooo!’ (breaking down in tears), ‘I knew this would catch up with me! I told Frank we shouldn’t have pushed the other car off that bridge, that we should have just owned up and told everyone it was an accident, and NOW SEE WHAT’S HAPPENED??’

‘Don’t you want more for yourself than this? When you were a child, what did you want to be when you grew up?’

‘Well, that’s a funny coincidence as I have just been informed that you have been in an accident? Are you okay?’

‘Well I have been in an accident but it WAS my fault. That bastard had it coming.’

‘Yes I have – it happened just then when I answered the phone to you, so I guess that makes it your fault? Could you give me your insurance details please?’

‘Thanks for calling. I do need to make you aware that this call will be recording for training purposes.’

‘Damn it,’ (in desperate voice), ‘I thought I’d managed to get all the witnesses. Who told you? Was it that snitch Tommo?’

‘I would say it was less of a car, more of a goat. Does that count?’

‘I’m so glad you called,’ (whispering), ‘I’ve been trying to tell everyone this for MONTHS but they keep telling me I imagined it. I’ve been in this strange hospital for six weeks now. Can I give you the name of my doctor and then you can call and explain to her that it IS true – you have been informed of it?’ 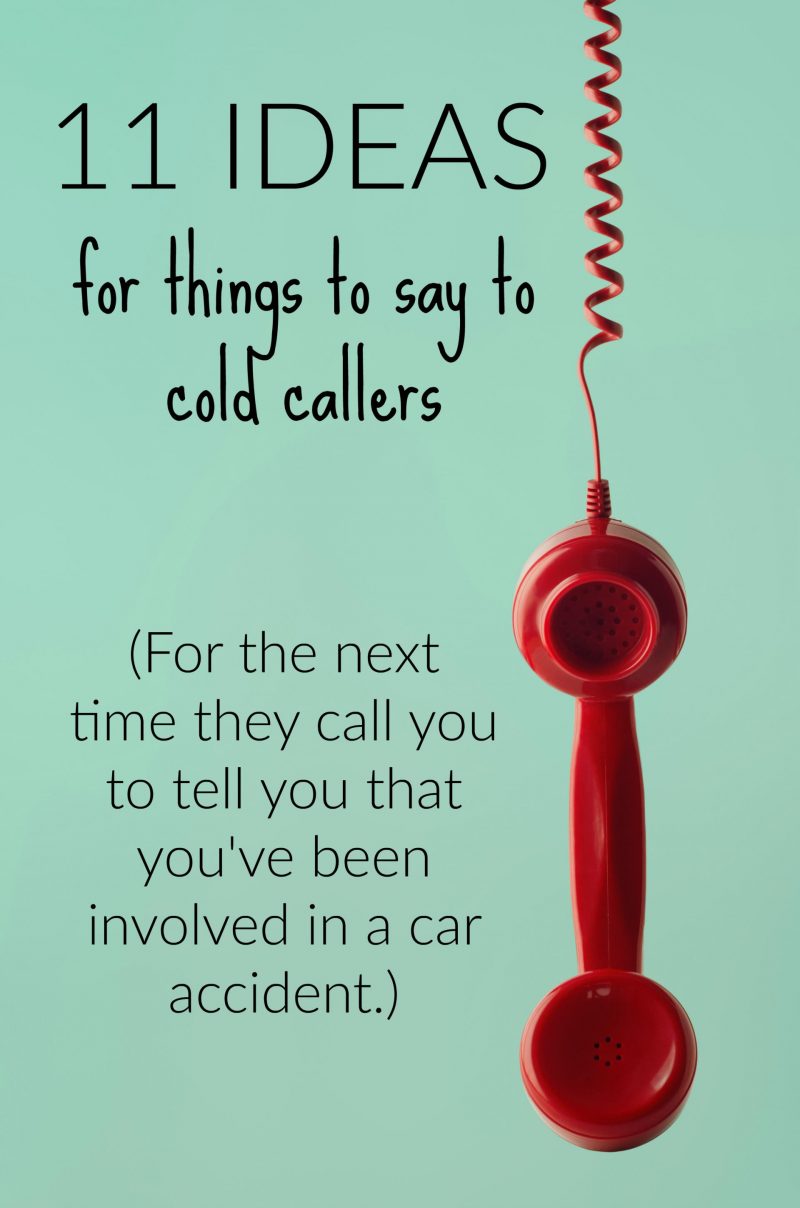