When you think of Butlins, what images spring to mind? If I ask you to picture a Butlins chalet, what does it look like?

I’m prepared to wager a pound that it doesn’t look like this: 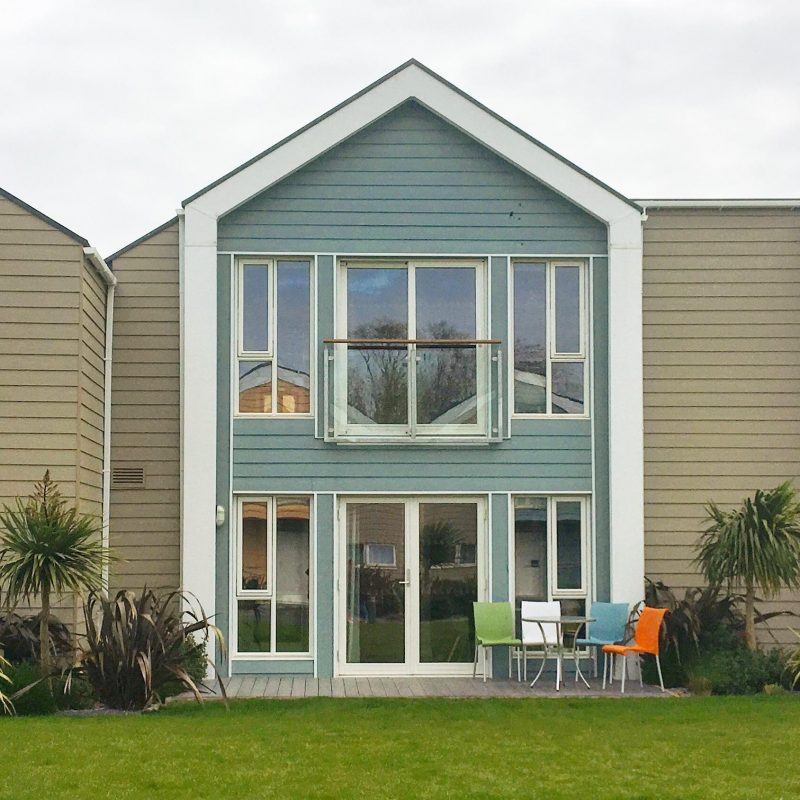 I didn’t think so.

Butlins has spent a lot of money over the last few years bringing their accommodation up to scratch, and it shows. Our Lakeside Chalet in Minehead was fantastic – bright, clean, spacious and designed completely with families in mind. We had French windows, a view over the lake, and everything we needed to spend a comfortable Easter weekend away from home.

What’s nice though, is that Butlins hasn’t lost it’s original charm and one of my favourite parts of the weekend was spotting little retro bits and pieces around the park. 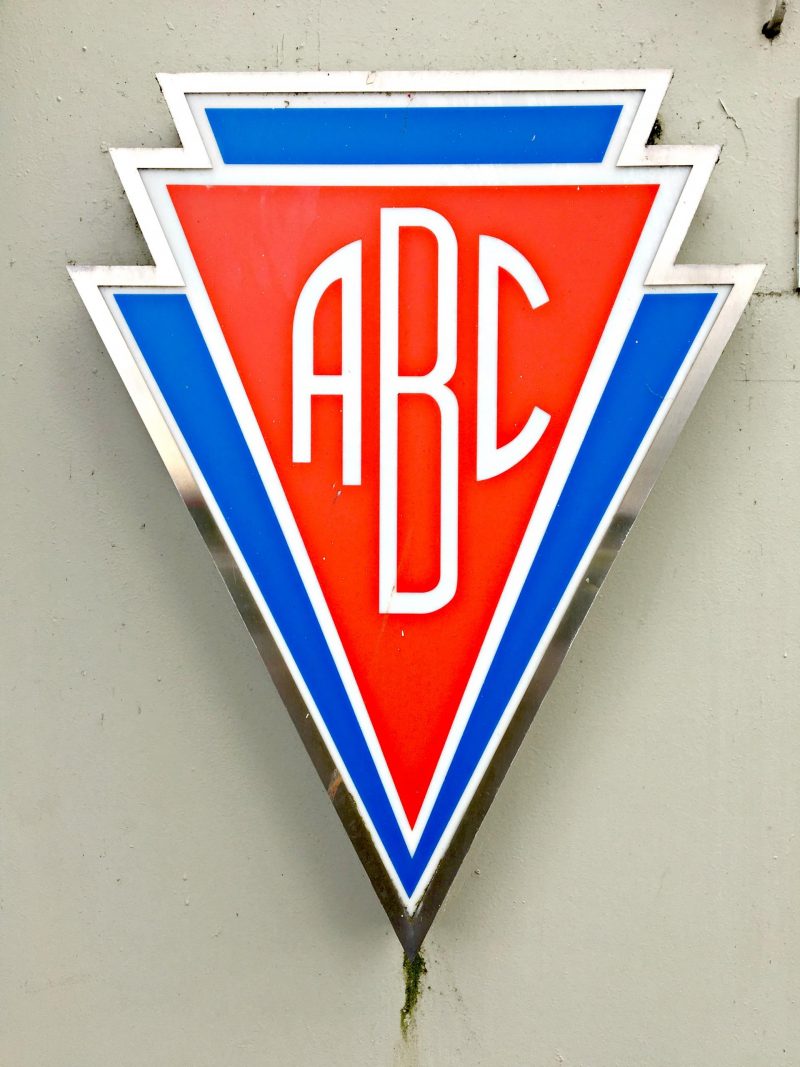 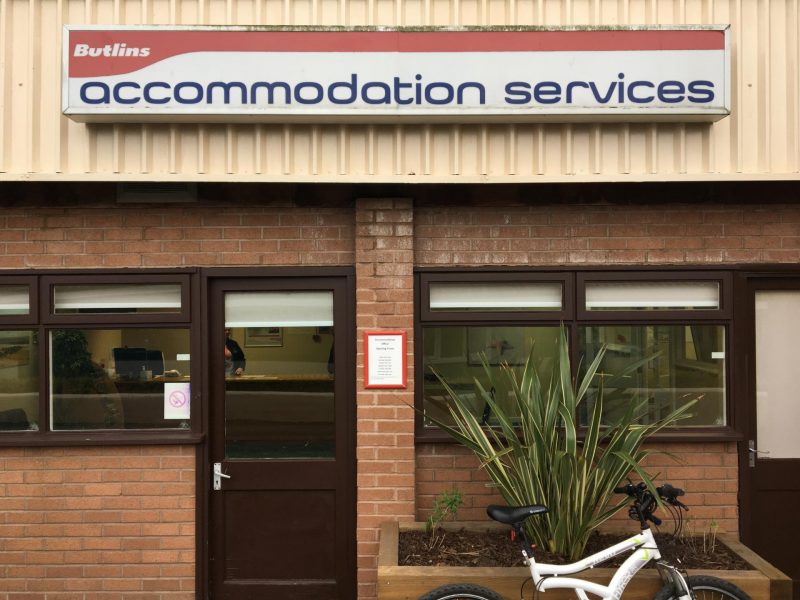 We became quite intrigued actually with the idea of what Butlins would have been like back in the 1950s and 1960s, in its heyday, and have done a lot of research into the company and its founder Billy Butlin. (I.e. watched lots of video clips and old documentaries on YouTube.)

It turns out that Billy Butlin was a bit of a trailblazer. He opened his first holiday camp back in the 1930s and he did all kinds of entrepreneurial things. Did you know for example that it was Billy Butlin who first introduced the Dodgems to the UK, after seeing them in America? 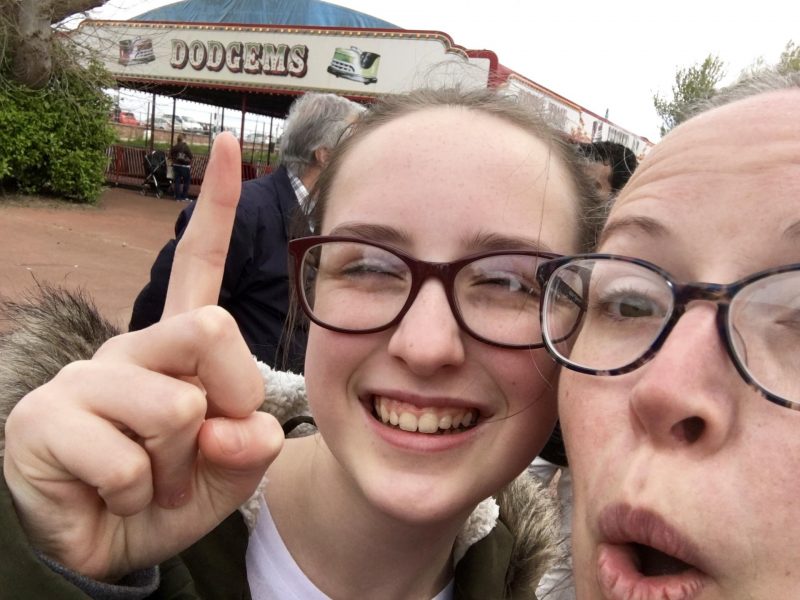 He even built a monorail in the Skegness camp in 1965 – the very first commercial monorail system in the UK. Butlins has also played a key role in the careers of many musicians and entertainers. Status Quo for example was the house band at Butlins in Minehead before hitting the big time and Ringo Starr was playing at Butlins in Skegness when he got the call to join the Beatles.

Butlins is part of our heritage and it was lovely to get the chance to experience that.

Although there is now the option of upgrading your accommodation to one of the new chalets, Butlins is still essentially all about good old fashioned family fun. Don’t go to Butlins if you’re looking for exclusive spa treatments and Michelin star dining, because that’s not what it’s about. It’s about proper cheesy entertainment, helter skelters, water slides and spending time together as a family.

The first thing we did after we arrived and dropped our stuff off at our chalet was to have a round of crazy pirate golf. 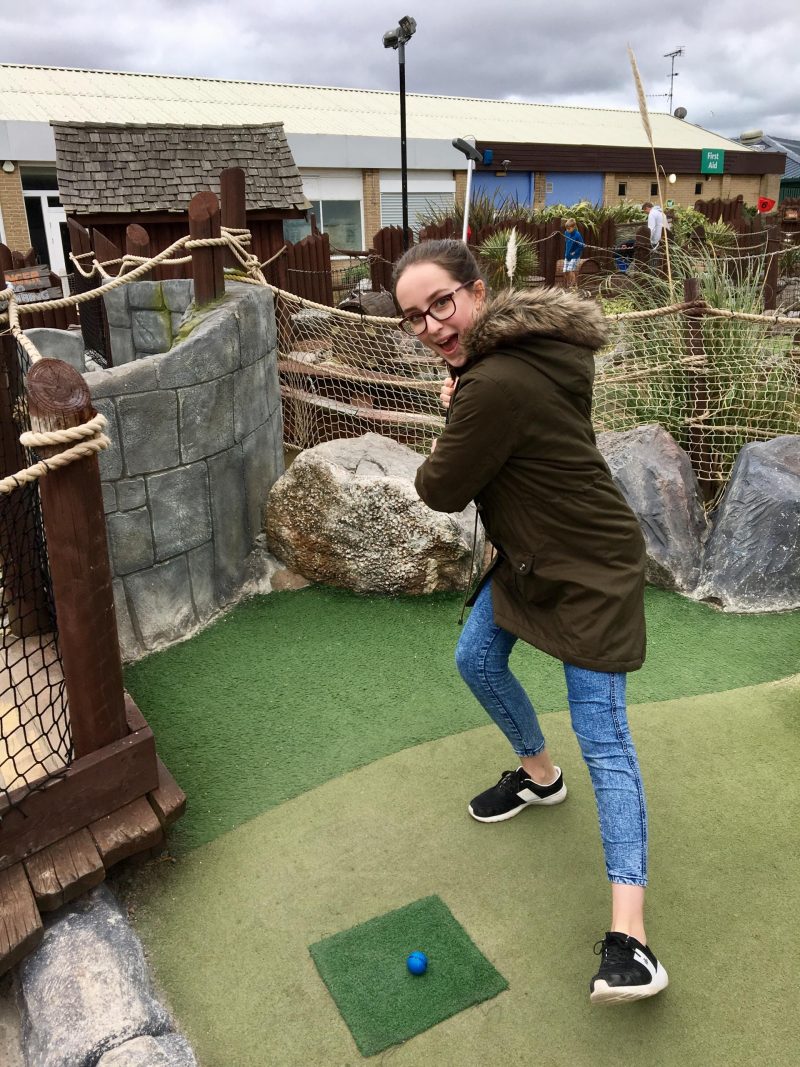 You do pay extra for some of the activities, like the golf, but you could quite easily entertain yourself for a whole weekend without having to spend much. The swimming pool complex is included in your holiday price, as is the fairground, entertainment, science zone and loads of the kids’ activities.

Crazy golf is one of Belle’s favourite things to do on holiday though, and was just what we needed to get into the holiday spirit. I got into trouble for taking it too seriously, but as I’ve always said, if you let children win at things like this then they DON’T LEARN.

I made it up to Belle afterwards with an Oreo ice cream milkshake in The Diner. Yum. 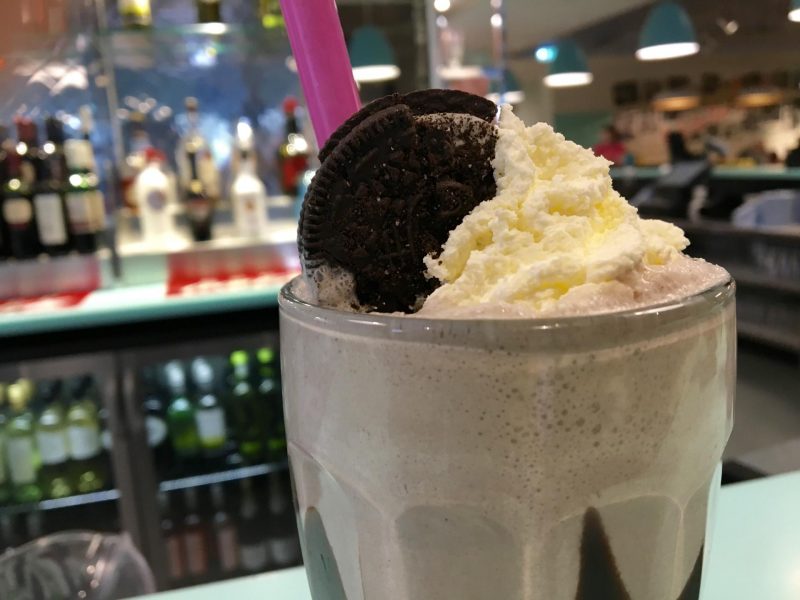 After pre-dinner milkshakes, we headed to The Deck restaurant for dinner. Butlins offers a couple of different all inclusive dining options and The Deck is one of the premium dining restaurant. If you opt to book one of the dining options it means you get breakfast and dinner included every day, which would be fantastic if you wanted your holiday to be a complete break from cooking.

Because of the sheer numbers of guests, we did find mealtimes a little frenetic, and in the evenings there were a LOT of small children getting over excited by the unlimited ice cream and generally making quite a lot of mess. I can see that it would suit some people, but we found it all a little overwhelming. There was masses of choice though, and plenty of options to cater for all tastes.

If we were going again I don’t think we’d go for the food package as we prefer the freedom of being able to eat at different times of the day and in different places. I wasn’t hugely keen on having to get up in time to get to breakfast every day, but I’m guessing that if you were there with younger children you might very well have been up for hours already, and be pleased of the change of scene! Dinner was only served until 7.30pm, which felt a little restrictive for us, but again that’s really just a personal choice.

Swimming is one of Belle’s favourite bits of any holiday and we were excited to try out the pool at Butlins in Minehead because we’d read up on the different slides and we very keen to try the one involving a raft.

We had to queue for a little while to get in, and were given wristbands that limited us to 1 hour and 40 minutes in the pool, but I was quite happy to have an excuse to drag Belle away once I’d had enough. We weren’t disappointed by the raft ride, but we did spend quite a lot of time queuing for one of the smaller slides, which seemed to be having an issue with its traffic light system. (There are some helpful hints here if you want extra advice on swimming goggles.)

After swimming, Belle persuaded us that what we really wanted to do was to hire buggies to pedal around the site. I don’t know what it is about buggies like this, but she has a real fascination with them. These are one of the things you pay extra for, and they aren’t cheap for half an hour, but they were a lot of fun.

My very best bit was that I got to share a buggy with Fiancé that only had one set of pedals, and he, being the gentleman, pedalled me around for the whole half an hour.

We went next for an explore inside the Skyline Pavilion. This is the entertainment hub for the site and is where most of the activities happen. If you have small children, this is where you’d be spending a LOT of your time. There’s a big open stage in the middle of the pavilion hosting shows throughout the day with family favourites like the Tellytubbies and the Mr Men and Little Miss, and a couple of separate theatre type spaces for evening entertainments.

There are plenty of smaller places to eat and drink within the Skyline Pavilion, and masses of arcade games. What holiday would be complete without a go on the 2p slot machines?? I won a lolly, which I was very proud of, and it only cost me about £7.34 in two pence pieces. 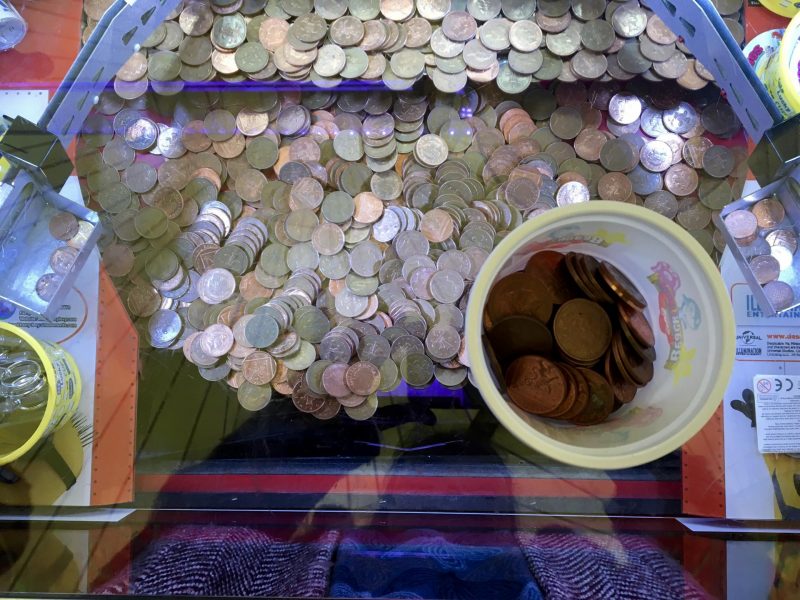 On Sunday we started, of course, with an Easter egg hunt. ‘Belle!’ I shouted at her, at about 8.30am, ‘get up! The Easter bunny has been!’

I expected her to be excited. I forget that she is 14 sometimes.

That’s hardly the spirit is it?

After finally managing to drag Belle out of bed to collect her chocolate, we headed out for breakfast. Breakfast is pretty much my favourite meal of the day whenever we go away anywhere, and you always want to make the most of a buffet breakfast. I knew when Fiancé was coming back to the table without even looking up when I heard a member of staff say ‘Six sausages eh?’

After breakfast we popped in and booked a game of bowling for the afternoon and then went off to the fairground. 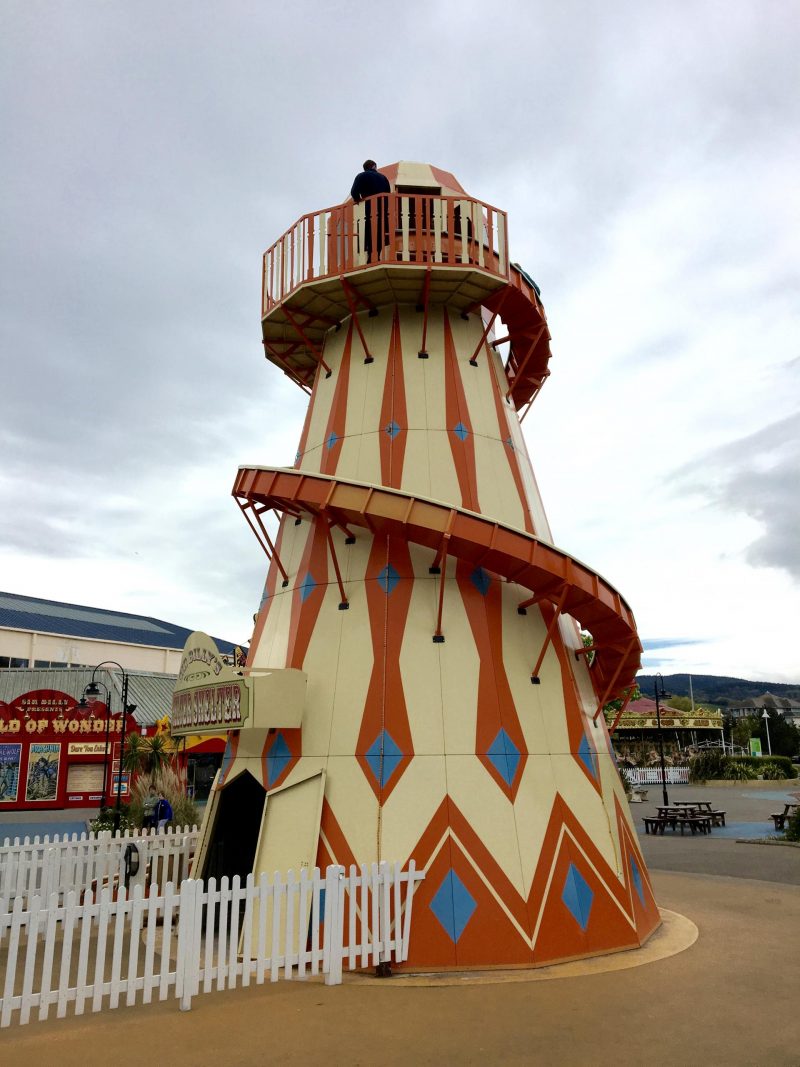 Fiancé was determined to be a brave today after having a little bit of a meltdown on the swings the day before, and braced himself for a go on the Waltzers. It turned out to be one of the highlights of the weekend, as he laughed hysterically all the way round like a toddler being hung upside down and tickled. I took a video, hoping he would end up as a viral sensation – (this 38 year old man went on the Waltzers and look what happened!) – but Fiancé vetoed it. Probably best for him, professionally speaking.

I on the other hand am more than happy to share embarrassing pictures of myself, as I clearly demonstrate below. 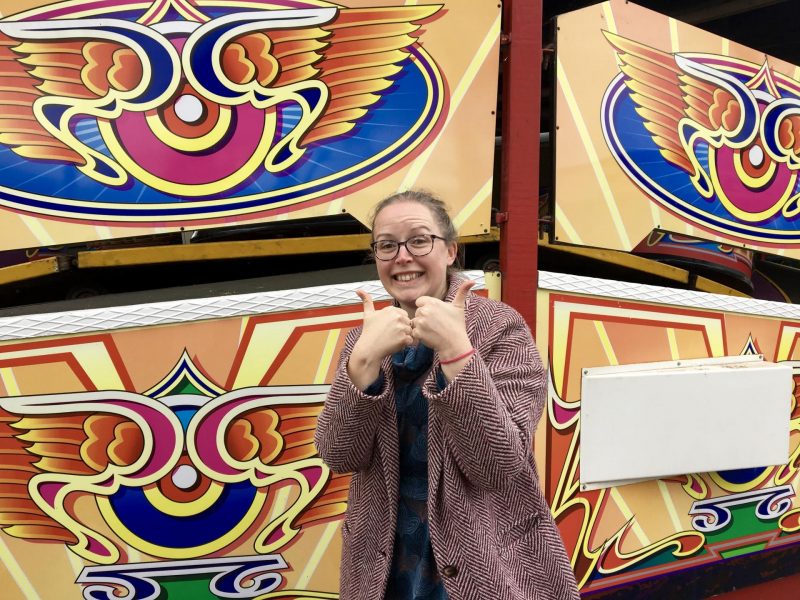 After making sure we’d been on pretty much every ride at least once, we headed back to the Skyline Pavilion for our game of bowling. I lost, but I suspect that was because I had a faulty ball or something? I can’t think why else it would have happened. The bowling alley, which also housed a collection of pool tables and a bar, was full of people watching the football, which seemed like a little bit of a strange thing to do on a sunny weekend away, but I guess everyone has different ways of enjoying themselves.

The best bit of the bowling for me was that you still get to wear the bowling shoes. They’ve stopped doing that in the bowling alley near home, which makes me sad. 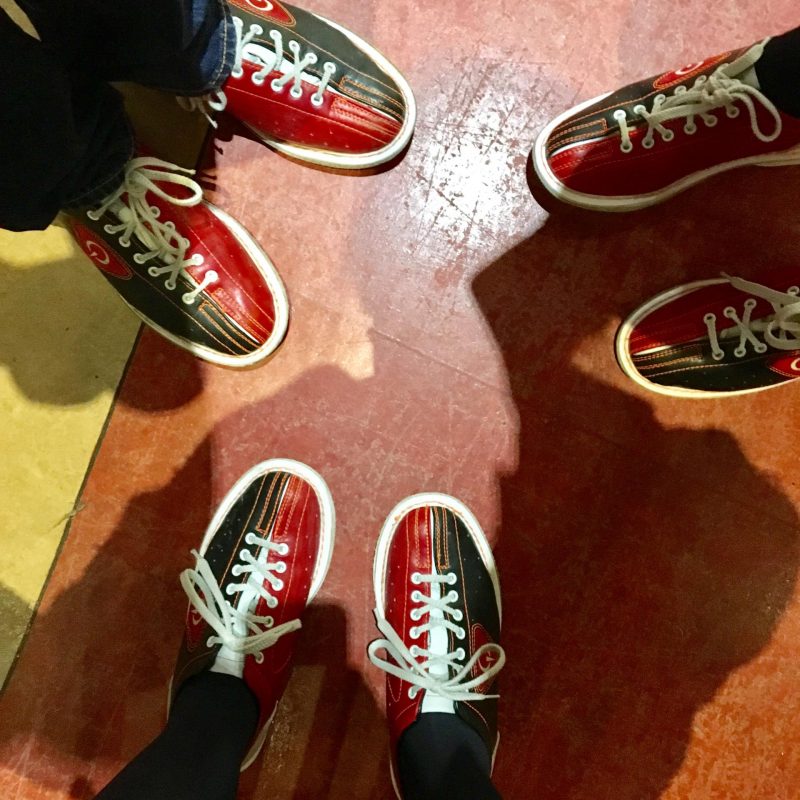 The rest of the day was spent in our chalet, relaxing and cooking up an Easter feast. We had taken the Hello Fresh Easter box with us, which I got to sample a few weeks ago at their headquarters in London, and Virgin Wines had very kindly sent us a few bottles of wine that they picked out to go with our meal. The desert wine was my favourite – very light and orangey, and absolutely perfect with the crumble.

It was testimony to how well equipped the chalet kitchen was that we managed to cook up a three course feast -including roast lamb, dauphinoise potatoes, roasted vegetables and apple and rhubarb crumble – without bringing any of our own kitchen equipment with us.

Plus there was a corkscrew, which is the main thing. 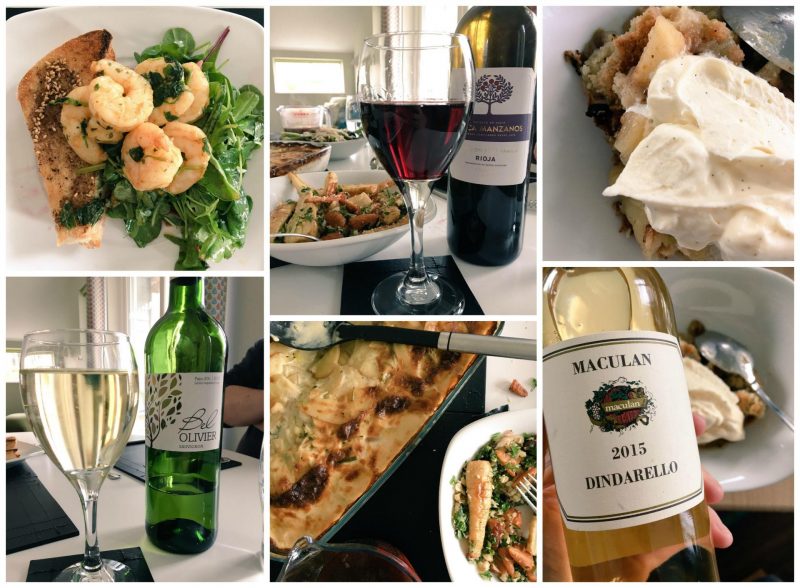 A lot of people raised their eyebrows when we said we were going to Butlins for the Easter weekend, but it has changed a lot over the last 20 years. The standard of the new accommodation is extremely high, and Butlins has clearly spend a lot of money and time on designing something to suit families. Another friend questioned the family friendly vibe, having remembered a trip in the 1990s that was full of hen and stag parties, but I don’t think I spotted any large groups of adults – it was all families, and the atmosphere was very much one of family fun.

I’m not going to try to convince you that Butlins is some kind of luxurious family getaway, with the very latest in high end facilities, because I don’t think that’s really what anyone would expect. What it is about though is having fun as a family, seeing your kids get excited about meeting Mr Tickle, and watching your Fiancé become hysterical on the Waltzers.

For me, that’s kind of what a family break is all about isn’t it? 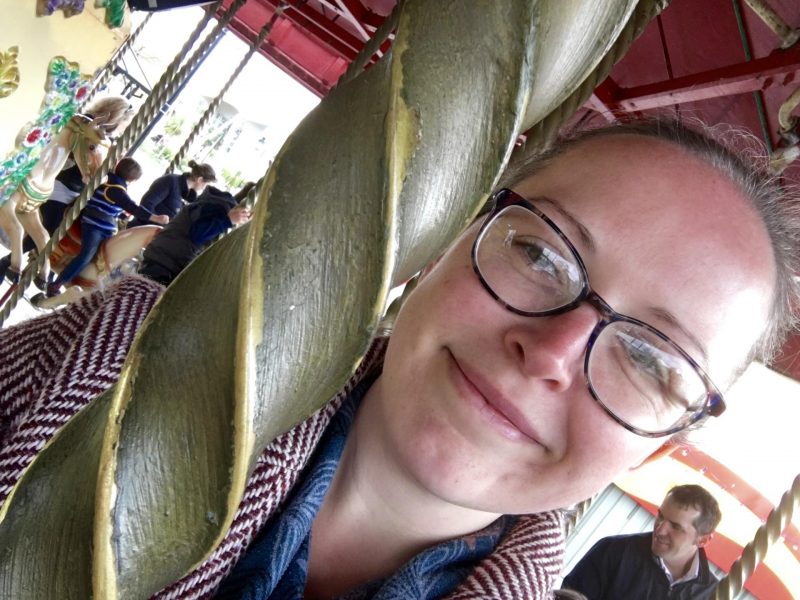 We were guests of Butlins for the weekend for the purposes of this review. All opinions are my own.