Can you believe it’s nearly FOUR WHOLE YEARS since I made my list of 40 things I want to do before I’m 40? It’s come around pretty quick hasn’t it? I’m 39 next week, which means I only have a year to finish the list.

If you click on the link you’ll see that I’ve updated the original post, and have so far completed 23 things on the list. Not too bad you might think, but the last 17 are rather on the expensive side – buy a house, get married, ride on the Orient Express, that sort of thing.

All totally doable in a year right?

To make me feel a little bit better about things, I thought I’d tackle one of the items that didn’t involve booking flights and cook a cheese soufflé.

I put ‘cook a soufflé’ on the list because it has always held a certain mystery for me. Soufflés are one of those things that are notoriously difficult to make, and they feel so grown-up. I don’t especially go in for dinner parties or anything, but if I did, I would be the envy of all the other dinner party hosts if I whipped out a soufflé to start.

It turns out though that soufflés are actually pretty easy, unless I just had beginners luck, so why not have a go and become a soufflé master?

Start out by making a white sauce – melt the butter and mix in the flour, until it forms a soft ball, and then gradually add the milk. Add all the grated cheese and mix well, add the beaten egg yolks, and take it off the heat.

In a separate bowl, whisk the egg whites into stiff peaks and then gradually fold them into the sauce. You need to do this gently to make sure you keep as much air in the mixture as possible, but thoroughly, so you don’t end up with lumps of cooked egg white in your soufflé.

Pour it all into a buttered dish – I used an ordinary oblong one, nothing fancy – and then bake in the oven for about 35 minutes until it is risen and golden brown. Don’t open the oven door or poke it around or anything.

Serve immediately, as it will start to fall in on itself. We ate ours with crusty bread and salad.

So that’s the soufflé done. Now to book those Orient Express tickets…

Check out my 40 things before 40 list and let me know if you can help with any of the remaining items! 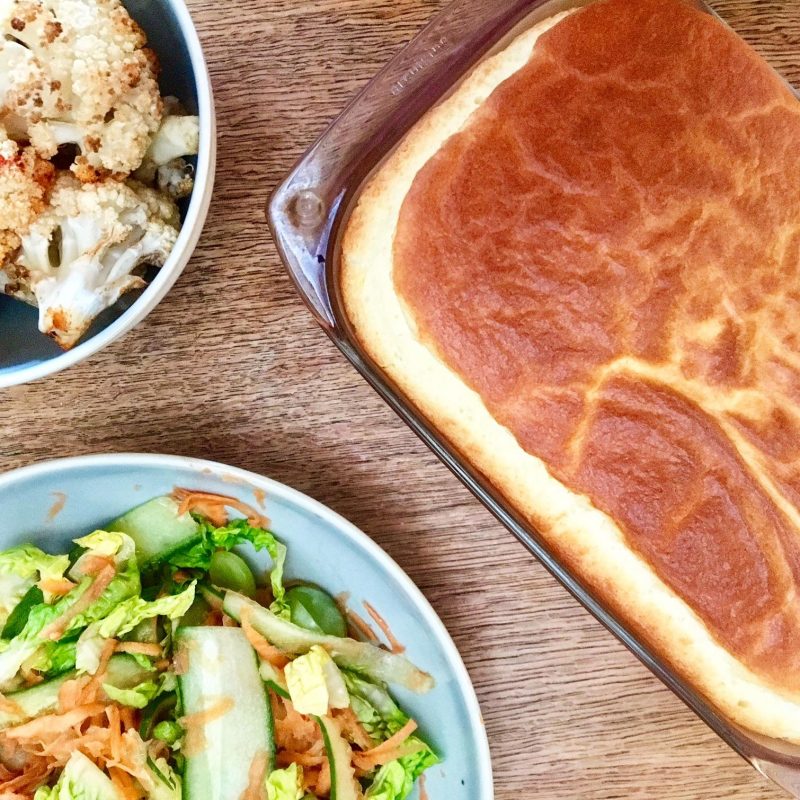