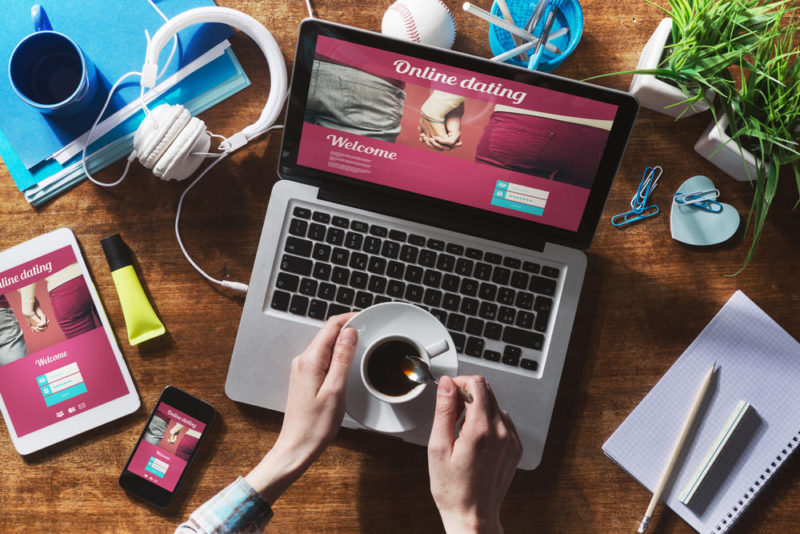 In a world where we can shop, order food, communicate and do pretty much everything else online; it seems strange that there is still something of a stigma attached to online dating. Across the five most well known online dating services; more than 22 million users are active in the UK alone – it can’t be so bad if such a large number of people are actively seeking a relationship online.

The stigma of online dating is now very positive, and with websites that compare the features of the top dating sites in the UK. After a little research it appears that things aren’t quite as rosy online as it seems. 2016 has seen several online dating trends that really need to be left behind as we start 2017 – there are some positives too!

Tinder Left Behind
Perhaps one of the better known online dating apps; Tinder allowed users to make a decision on a prospective partner based on appearance alone (and a short bio). This superficial approach has put a lot of users off and the internet regularly mocks the app’s concept as a haven for casual liaisons rather than meaningful relationships.

Thankfully, the heinous app appears to be failing against its competitors and will likely be committed to the archives of the App Store.

Elite Singles Tops User Lists
With over 13 million active accounts, Elite Singles has easily the largest customer base. The likes of Zoosk, Match and eHarmony can’t compete with these numbers which shows a clear allegiance across the population towards the upper echelons of society.

Not everyone who uses Elite Singles has a yacht as the advert may suggest but it would appear that one of the newer names to come into the forefront of the public eye is dominating thanks to its ‘Elite’ status.

POF Limiting Options
As an app/online dating site that started out as a free service with VIP options for a fee, POF was very popular throughout 2016 but its user base are becoming progressively more limited in what they can see and what they can post on the site/app.

These limitations are a direct ploy to encourage the user to pay for their membership and users appear to be heading, instead, to paid sites such as eHarmony, Zoosk and Match to ensure they are getting value for money.

2016 was yet another year that saw the concepts of speed dating, blind dates and chance meetings fall by the wayside. Online dating’s stigma is now very positive thanks to the bulk of users abandoning the seedier side of the internet and moving towards the paid, trusted matchmakers.