I’ve spent most of the last two weeks coughing. I’ve written before about my coughs – they’re pretty annoying, for everyone concerned.

38 years on, and my coughs now have a new twist. Not only do I have to worry about not being able to breathe, generally irritating people etc, but now I have to simultaneously stop myself from weeing in my own pants. It’s such fun! Oh, hang on, a cough is coming… Stop walking, cross your legs… Yep, that’s right, everyone is staring but not to worry, it’s all fine.

When you’re feeling rough, and coughing until your head feels like it might explode, a bit of light bladder leakage is like the big, fat, leaky cherry on top of the cake. (A cake made of mud and toothpaste, like that one Mr Mischief makes.) It’s made worse by the fact that no one talks about it. It’s something that effects so many of us, and yet we just go around, quietly crossing our legs, feeling like it’s just us.

There is a silver lining though! If you look hard enough, you can always find a positive right? The silver lining here is that a company called Confitex got in touch recently to ask if I fancied writing about their range of utility underwear, which they’re introducing to the UK, and the cough has given me the perfect introduction.

So here I am, breaking the ‘slippage silence’ and talking (again), casually, about bladder leakage.

When I read ‘utility underwear’, I have to admit that my first thought was ‘are these pants for soldiers or something?’. That’s not what it is though. It’s actually incontinence underwear – underwear that has been designed especially to help people experiencing leaks in the urinary department.

The key word for me here is ‘designed’. This isn’t a range of bulky pants that looks like nappies or anything like that, it’s properly designed underwear that looks good, but just happens to have a practical use too. To make the point, see if you can stop the Confitex incontinence underwear in this little collage: 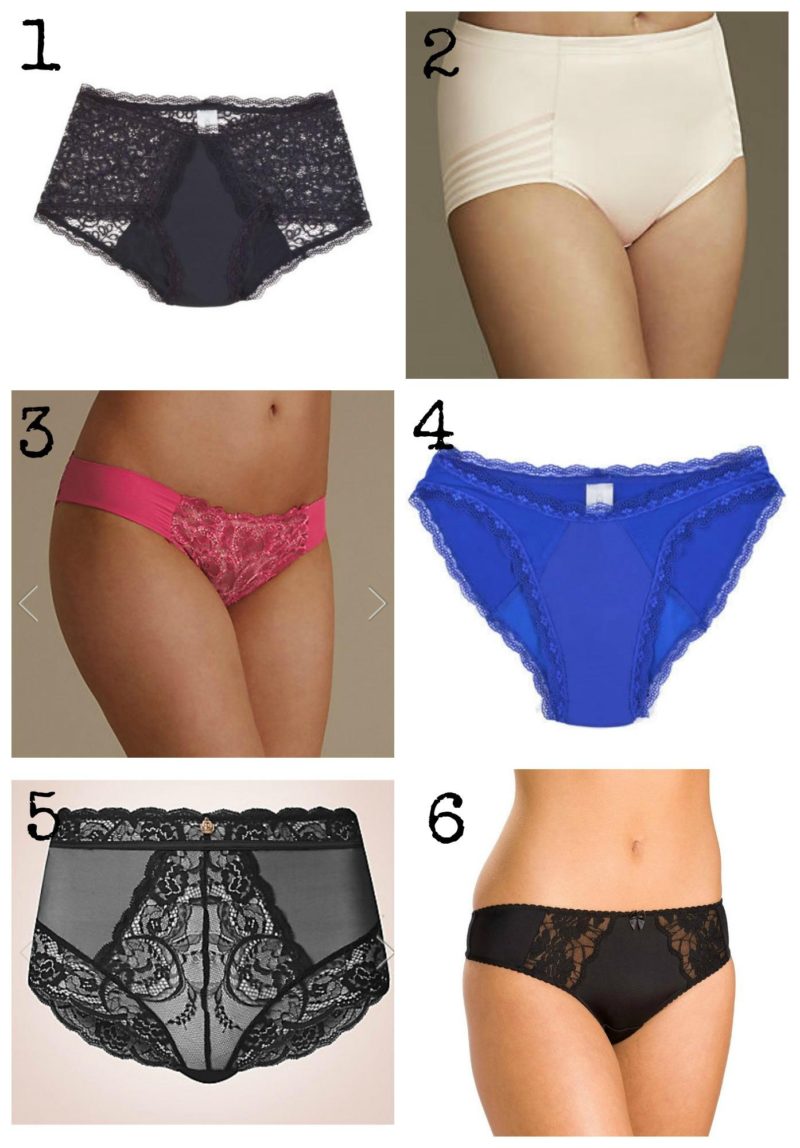 What do you reckon?

1 and 4 are actually the Confitex pants, although I think that the model in number 3 looks like she might be doing her best to hold something in.

The point I’m making is that Confitex have designed their range to look like regular underwear. They don’t want to make the whole situation any more awkward or embarrassing than it is already, they just want to make a pair of normal looking pants that can also make people feel comfortable and secure.

I’m not saying we should all give up on our pelvic floor exercises and just slip into a pair of incontinence pants, of course not. We should all be doing everything we can to keep our pelvic floor muscles strong, but sometimes you are going to need a little bit of extra protection.

My second thought, after the thing about soldiers in pants, was that surely a pair of knickers that looked so ordinary wouldn’t be able to actually do very much? I was wrong again.

Confitex underwear is available for both men and women and comes in two levels of absorbency, so you can choose what suits you best. You might be experiencing a little leakage, perhaps you’ve just had a baby, or maybe you’re a man recovering after a proctectomy. The medium absorbency isn’t messing about. That’s a lot of fluid right there:

I think I’d find it hard not to chuck half a cup of tea into my pants, just to see what happened.

Confitex underwear is totally reusable – you can wash and tumble dry it like normal – and it’s made with bamboo fibre, which is super soft and has natural anti-bacterial properties too. If you’re worried about those little leaks and are intrigued to find out more, then just take a look at the Confitex website.

And cross you fingers for me (and your legs) that my cough clears up soon.