On Wednesday Belle and I went for a day out in Exeter.

Even though we live relatively close, we hardly ever go to Exeter. I’ve no idea why. It seems crazy really that our city of choice is Bristol, even though it’s further away. I think it’s just because we don’t know Exeter as well, so we don’t know about things like good parking spots. The last time we went we ended up spending as much on parking as on the petrol to get us there and back in the first place. We don’t tend to go on the train because the main station in Exeter is a bit far out of the city and the station in Taunton is about a 25 minute walk from us, which makes it a bit of a trek.

When we decided then that we fancied a day out in Exeter, we thought that a coach might be the way to go. The bus station is pretty central and it would mean we wouldn’t have to worry at all about where to park. It would also mean that Belle and I got to chat properly on the coach, rather than her just sitting there in silence while I stare straight ahead. (Who am I kidding? She played Minecraft all the way.)

We used the GoEuro website – (GoEuro rebranded as Omio in 2019, so the updated site is here) – to do some research. It compares times and prices across different methods of transport to find you the best option. There’s even a box to tick to tie in your search with Airbnb if you are going on a longer trip and need accommodation too. 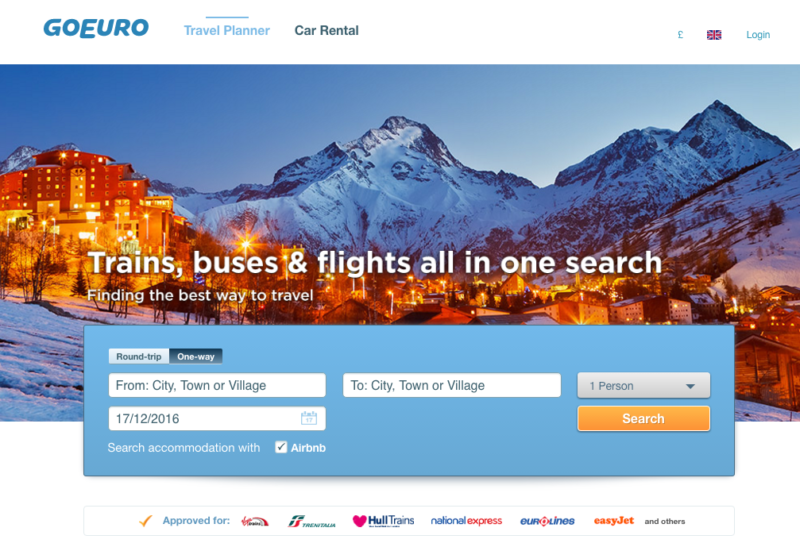 Funnily enough, flying to Exeter wasn’t an option for us.

You can see that although the train is quicker, it’s more expensive, plus the walk at both ends makes it a longer total journey. I’ve not come across a website before that allows you to compare different methods of transport like this. I’ve quite often been in the position where I’m going on a long journey and want to compare options, but in the past I’ve always had three or four tabs open all at the same time. 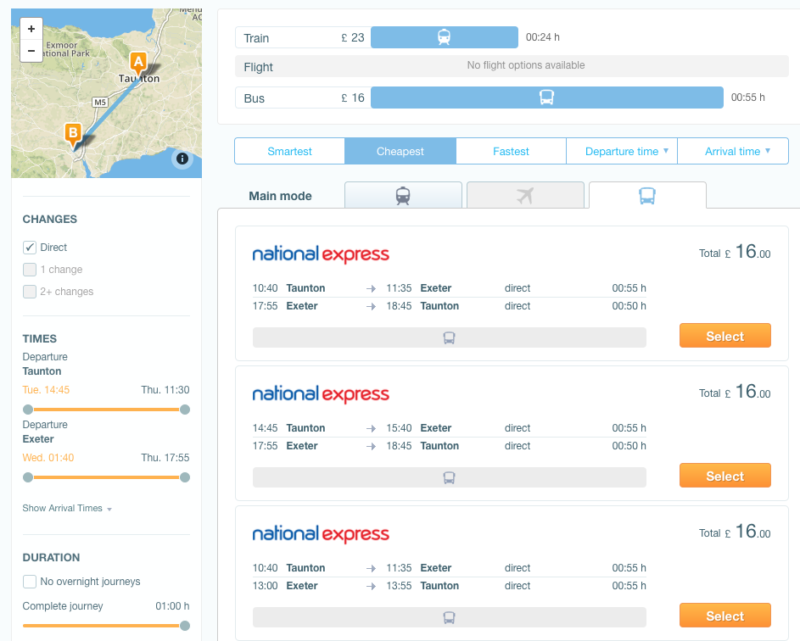 Coach booked, email ticket saved, we were ready to go.

The waiting room at Taunton bus station is funny. All the seating is plastic sofas, facing the door, with a central aisle. It’s a bit like being at the theatre, except the stage is actually a row of bus stops. Our coach was on time, which was a good start, and we nabbed comfy seats at the front because we are not cool. 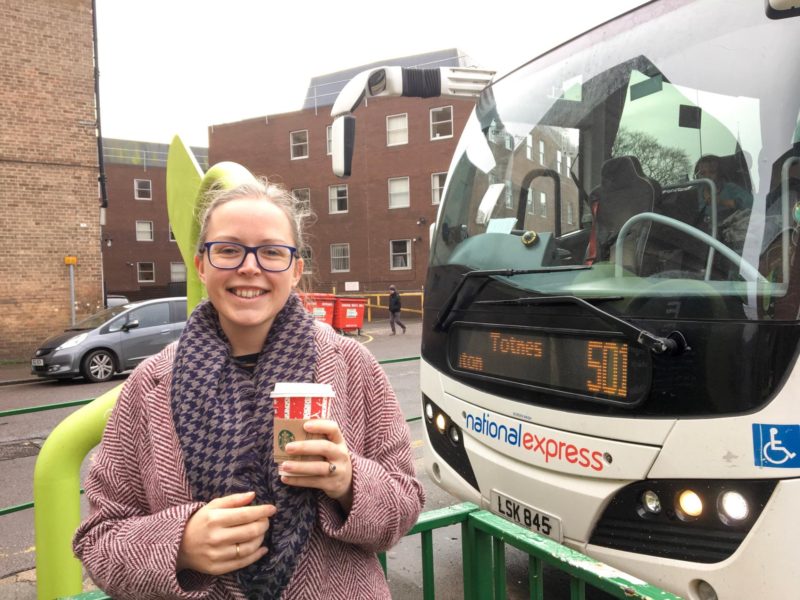 The good thing about travelling by coach rather than driving is that you can a) drink coffee and b) close your eyes. Belle tends to frown upon both in the car. 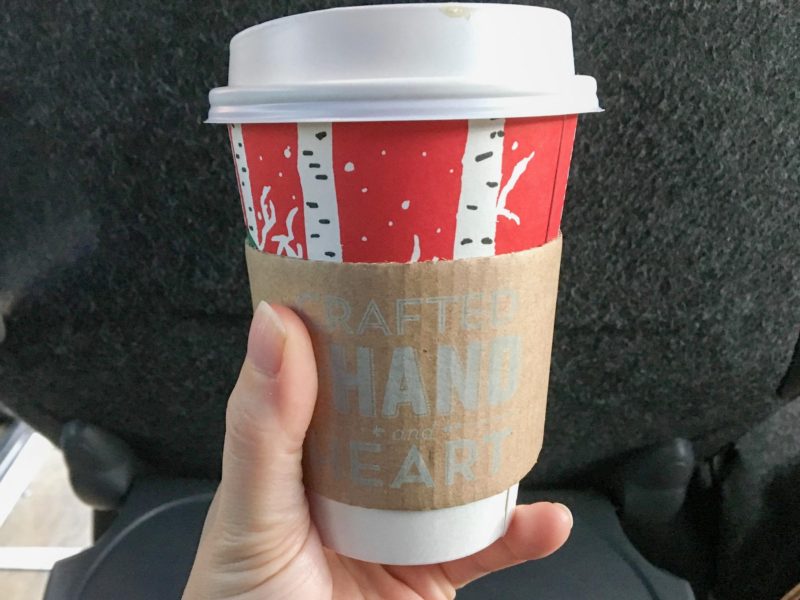 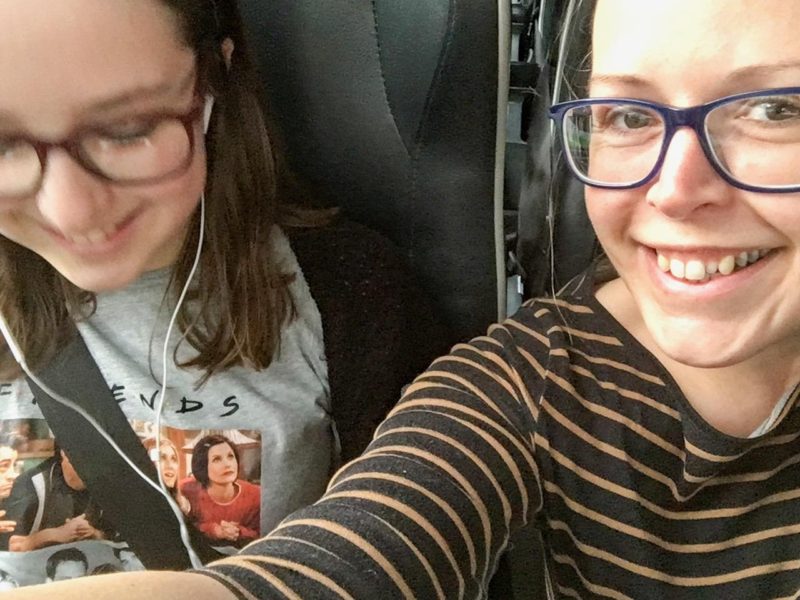 The bus station at the Exeter end was actually even closer to the city centre than I realised and in seven minutes minutes we were at Wagamama. (I like to time all outings so that we get somewhere just in time for lunch.) I ate all my rice with chopsticks because I have just been to Asia and felt like I really should. Also there is a certain smugness that comes from eating with chopsticks when the people either side of your have resorted to forks.

After lunch we went to the Barnfield Theatre, which is just a couple of minutes from Princesshay shopping centre, to see a Christmas show. The show was called According to Arthur and was about an old man called Arthur, who was friends with the moon. Despite having lots of adventures when he was younger, Arthur had grown scared of the world. There were puppets and songs and a lot of toddlers laughing.

I will admit that it perhaps a little young for us, but I am basically about six years old inside and I forget sometimes that Belle is 14 and not still at primary school. She pretended to hate it, but she did love the puppet made from a plastic bag and I swear I saw her doing some of the actions. (I did them all.)

After the theatre, is was time for shopping. 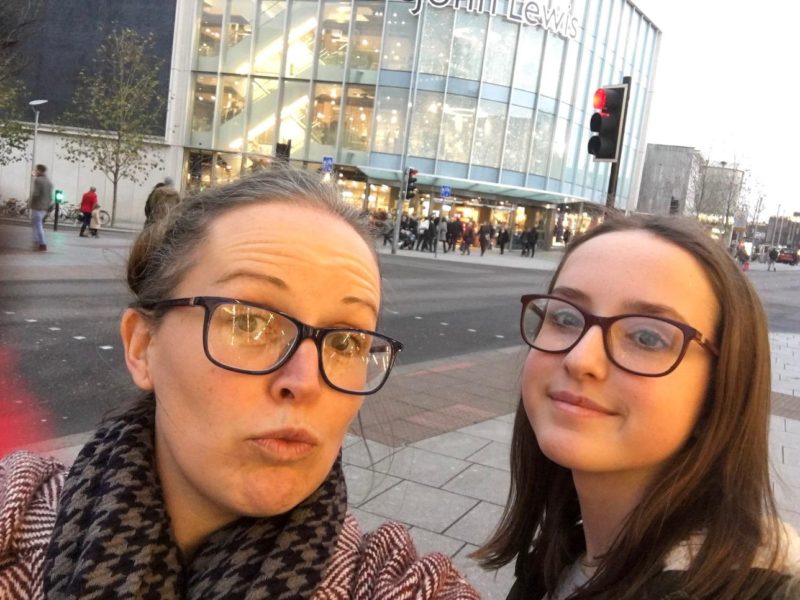 Belle has been needing a new pair of jeans for ages, so I got to sit in New Look changing rooms feeling fat and old while Belle paraded around in lots of size four clothes. Fortunately on this occasion I was distracted from this by Bee, who had called me from a photobooth in a shopping centre in Bristol where she was having a panic attack. We chatted for a while about the meaning of life and I encouraged Bee to cheer herself up by making use of the photobooth facilities to put her face on a $50 bill, which made us both laugh a lot.

What is the meaning of life after all if not this? 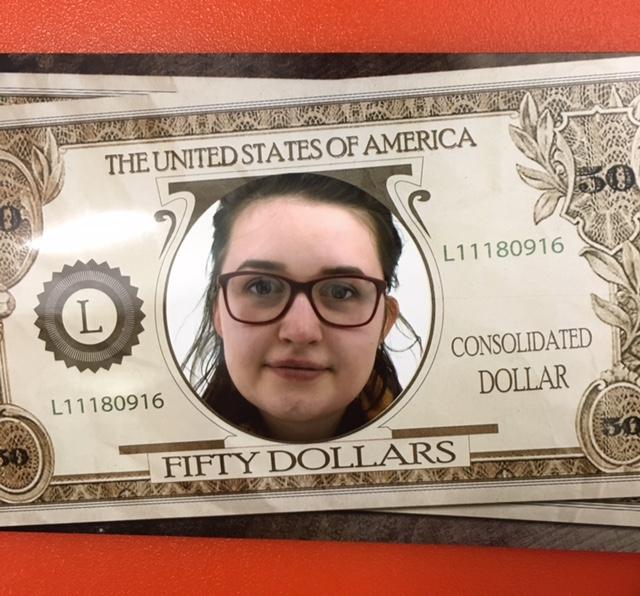 Bee’s face is a bit smudgy because she was crying a lot.

Panic attack contained and jeans purchased, we went back outside to find that it had got dark. The lights are one of my favourite bits about Christmas and so while Belle wanted to do boring things like look in Hollister, I was happy just admiring the polar bears. 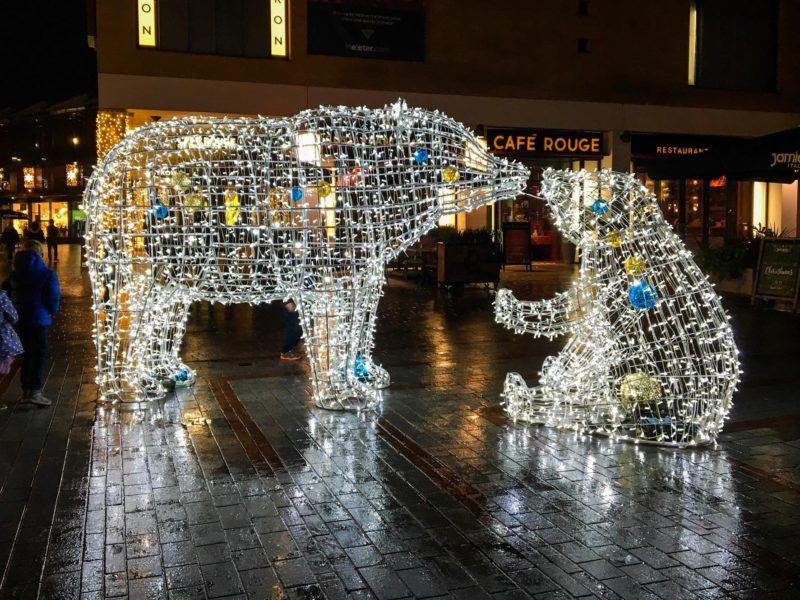 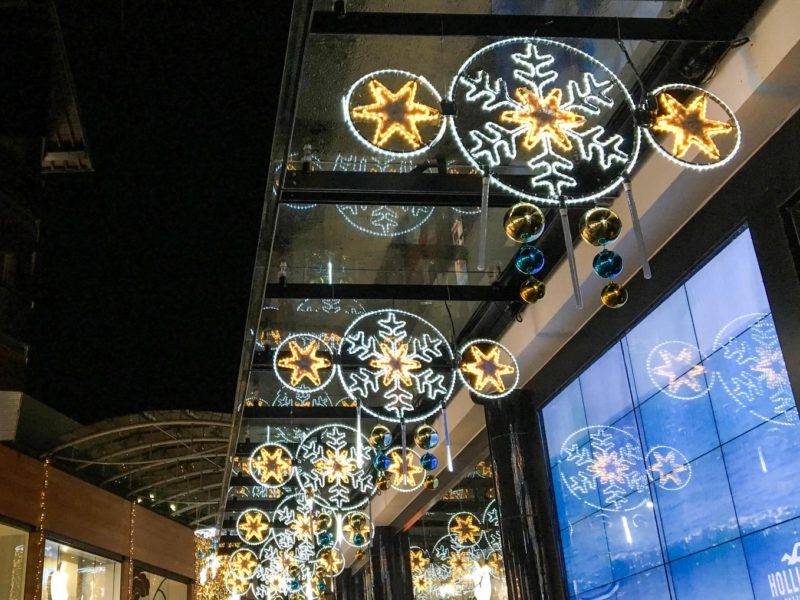 When we were just about done, (we had done 10,045 steps – boom!) we headed back to the bus station to catch our coach. We both dozed happily on the way home, although Belle assured me as we set off that she definitely wouldn’t be falling asleep because she was absolutely not tired at all.

If you’re planning an outing any time soon, I’d definitely recommend checking out Omio and National Express. We had a lovely day out. (Excluding the panic attack, although even that was quite funny in the end.)

Produced in association with Omio.