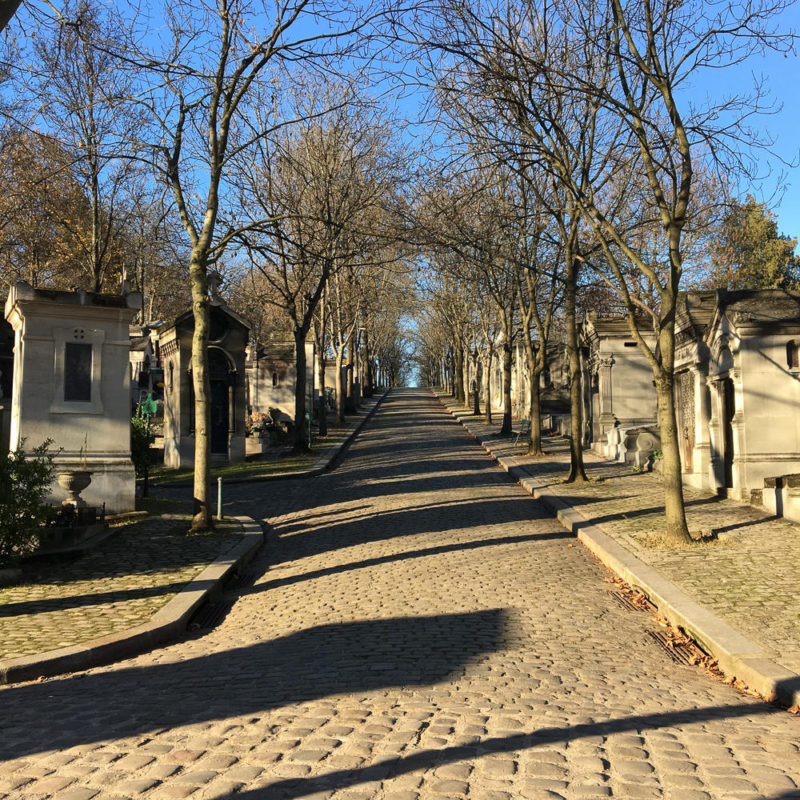 Raphael, a 63 year old Parisian man, took my phone from my hand. ‘Go on,’ he said, waving me towards the grave of Victor Noir, a French journalist shot dead in 1870.

‘Rub him there – that’s right!’ he said, taking a series of photos. ‘Now you will have twins!’

No, that’s not a line from a novel, that’s my life.

I’m not sure how, for an afternoon at the end of November, it became my life, but it was quite good fun. 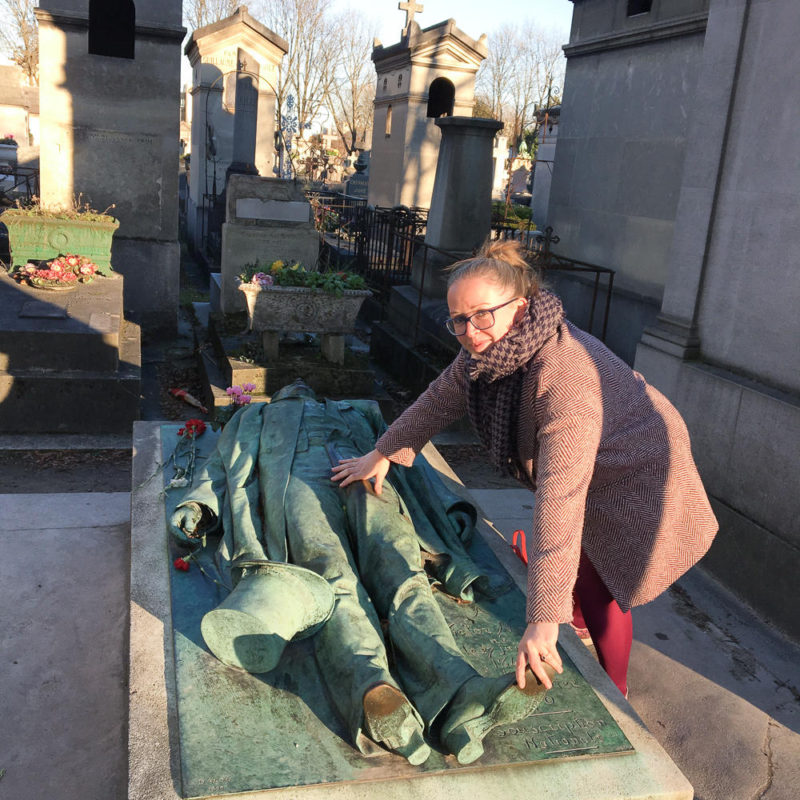 Victor Noir is buried at Cimetière du Père Lachaise in Paris and is widely recognised as a fertility symbol. Women come from miles around to rub his crotch, as you can see from the photo below. The story goes that two days after his death he got a massive erection, leading people to see him as something of an expert in the penile department. 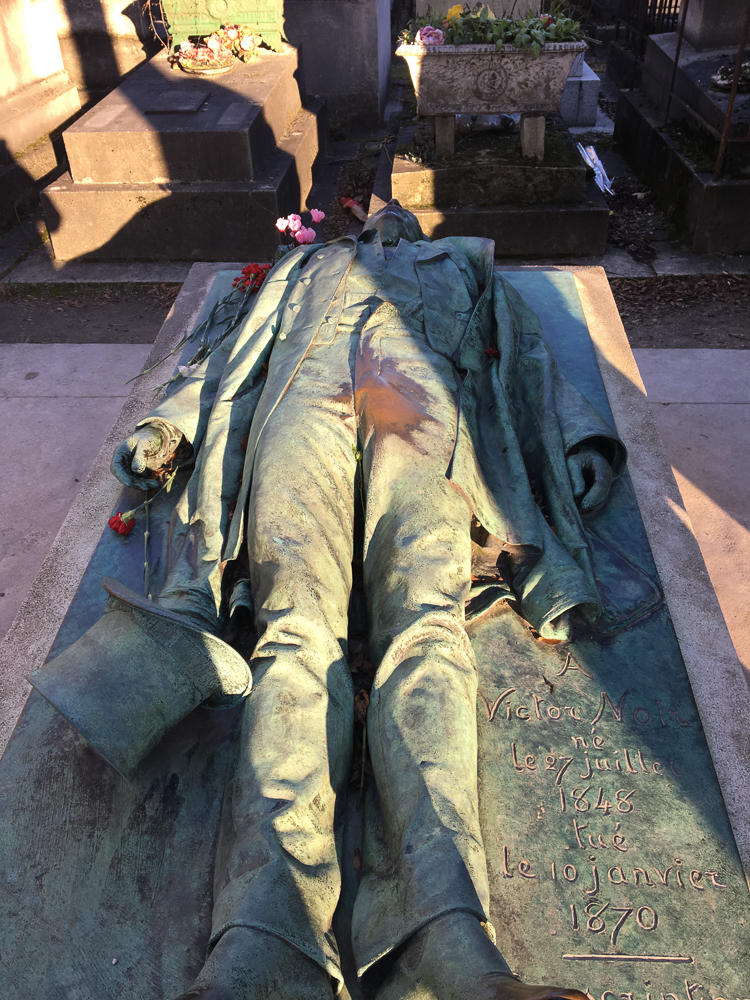 I was in Paris for a blogging conference, but found myself one afternoon with a little spare time. I googled ‘cool things to do in Paris’, as you do, and Cimetière du Père Lachaise came up. It’s a vast cemetery on the east side of Paris and is home to a whole load of famous people. I like a good cemetery, so I decided to give it a go.

I was walking around on my own, admiring the rows and rows of what are essentially morbid stone beach huts, looking for Chopin. Fiance is a music person, so my plan was to take pictures of all the composers and then casually drop them into conversation to impress him, like I often just wander around European capital cities looking at musical landmarks. 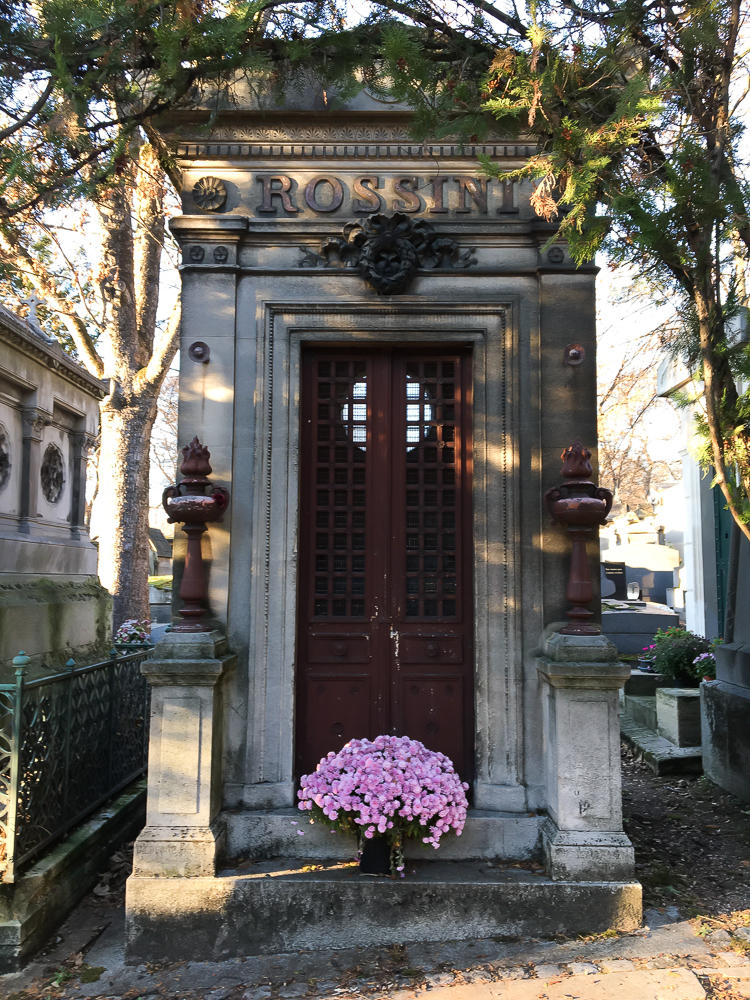 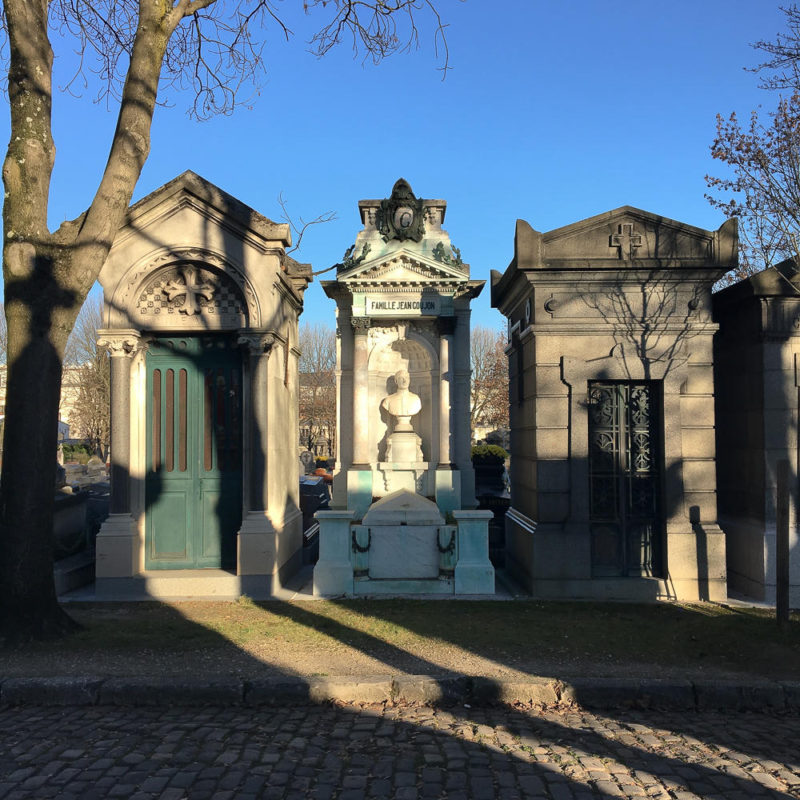 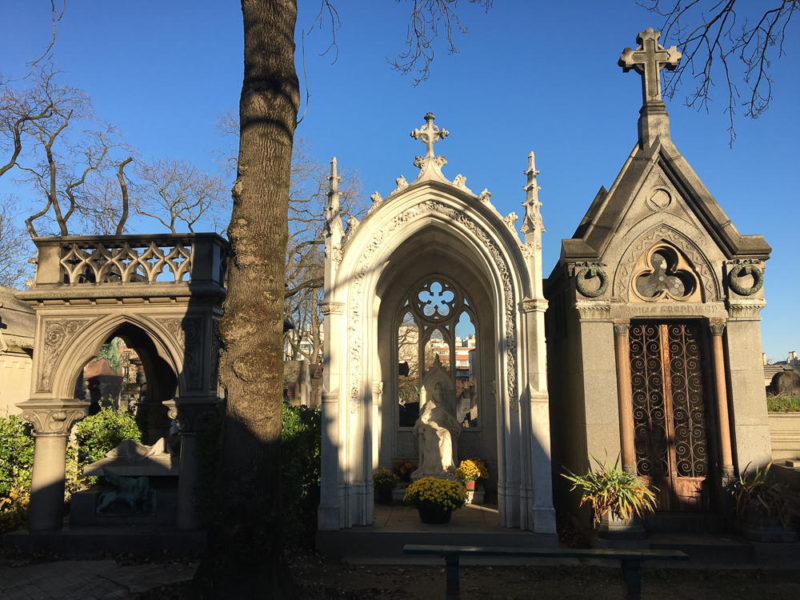 Suddenly, out of seemingly nowhere, (possibly from a grave?!) popped up an eccentric looking old man with long, black curly hair and minimal teeth.

‘You are looking for Moliere Madame?’ he asked, sort of half crouched, ready to burst forth with a fact.

‘No, no, no,’ he said, ‘you see Moliere! Come come!’ He grabbed my hand and scuttled off, Willy Wonka style. I had no choice really but to run along after him. ‘Shortcut Madame!’ he cried over his shoulder as we dodged tree branches and skipped up steps. ‘Shortcut!’

I will say one thing for Raphael, he certainly knew the Cimetière du Père Lachaise. I began to wonder whether he might actually live there, scampering between the tombs, foraging for berries, popping up at intervals to surprise unsuspecting tourists. He kept telling me how much he loved his ‘job’ at the cemetery, but I couldn’t help but wonder if anyone official actually knew he was there.

I’d already seen Oscar Wilde, but never one to let the reluctance of a stranger stand in his way, Raphael made sure to take me to see it again. 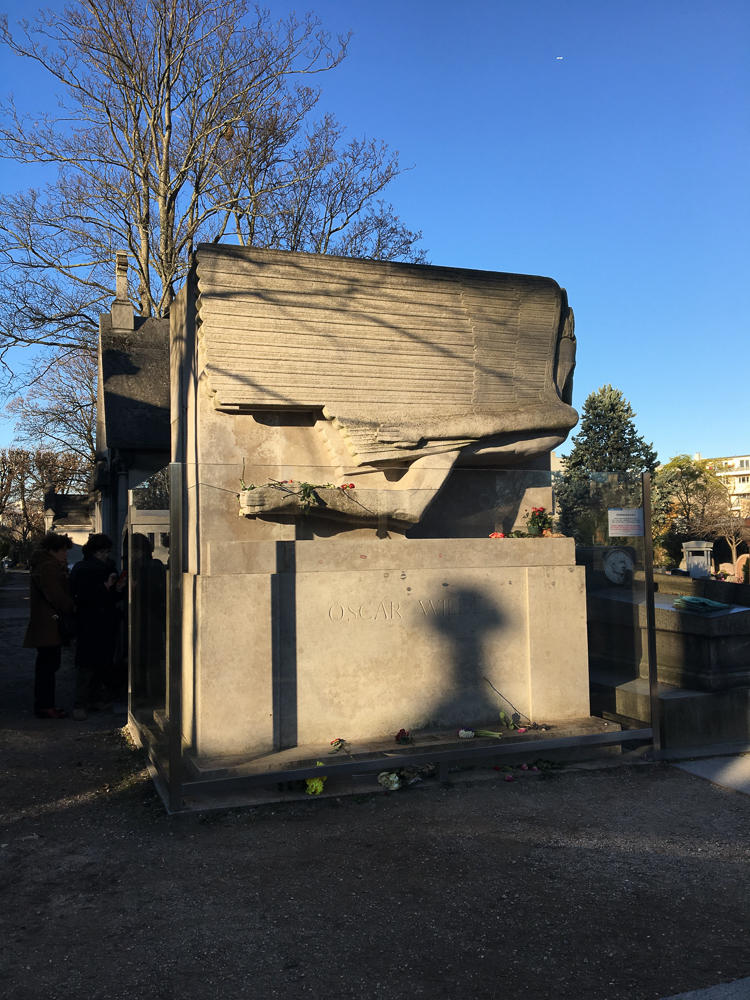 At one point we attracted the attention of a group of Swedish tourists.

‘This is Tony Blair’s daughter!’ he said, pointing at me.

‘I’m not Tony Blair’s daughter,’ I said quietly, but the tourists looked confused.

‘She is pregnant with twins!’ he added, grabbing my arm and dragging me off to the next of his favourite tombs. ‘Shortcut Madame!’

‘I’m really not!’ I shouted over my shoulder, but I think they probably thought we were both lunatics.

If you ever visit the Cimetière du Père Lachaise do look for Raphael, but even without him it was amazing. There are over 70,000 people buried there, including people like Oscar Wilde, Jim Morrison and Edith Piaf.

And, of course, Chopin, who Raphael let me see eventually. (But only at the very end when he was done with me.)