How early is too early to put up a Christmas tree?

Fiancé says that anything before the second week of December is common. I pointed out that I AM quite common, which he accepted was probably true.

I was prepared to compromise. Our tree at home – always a real one – would wait and instead I would decorate my office.

An office Christmas tree is definitely allowed to go up earlier, because you don’t spend as much time at work over the actual Christmas period and so you need more time to appreciate the sparkles. Luckily I share an office with a friend, Paul, who is just as easily excited about Christmas as me, and another, Marcus, who is only young and so happily goes along with whatever I tell him.

Paul and I agreed that November 25th – one month exactly until Christmas – was an excellent time to head to Poundstretcher to fill a basket with all things sparkly.

I’ve never bought an artificial tree before and was a bit worried that it would look naff. It really doesn’t though. We went for a 6ft tree with snow tipped branches and fir cones, which was on special offer and just £24.99. It came in three parts and was very easy to erect – you just slot it together at the trunk and then bend the branches to bush it out a bit. Easy. 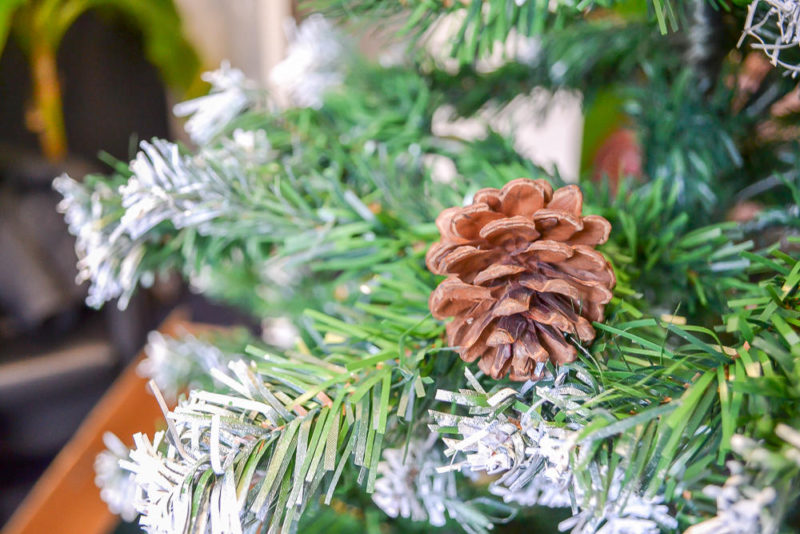 We put in a Christmas songs playlist and set to work.

‘You know you’ve got glitter all over your face don’t you?’ asked Paul.

All the better for getting into the Christmas spirit I say. 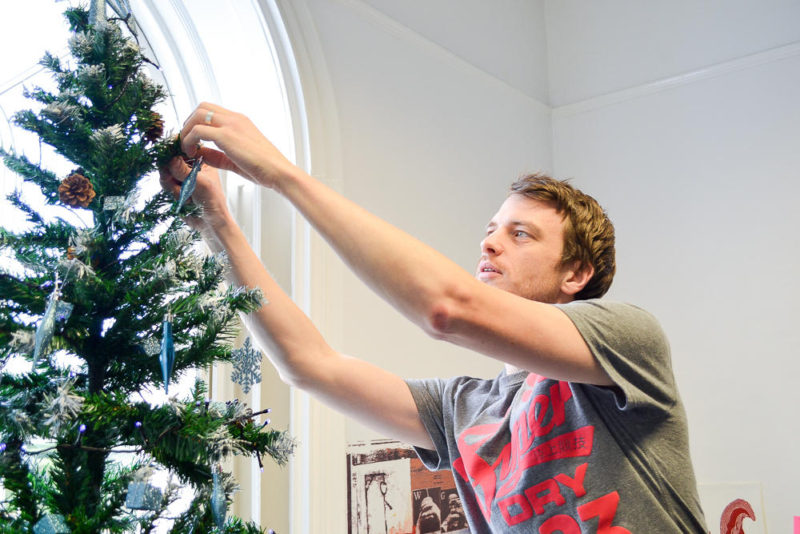 Paul is a graphic designer by trade so he was tasked with decorating the window with snow spray. We have an office on the ground floor of a big old terrace building on a crescent, with a window facing the street. 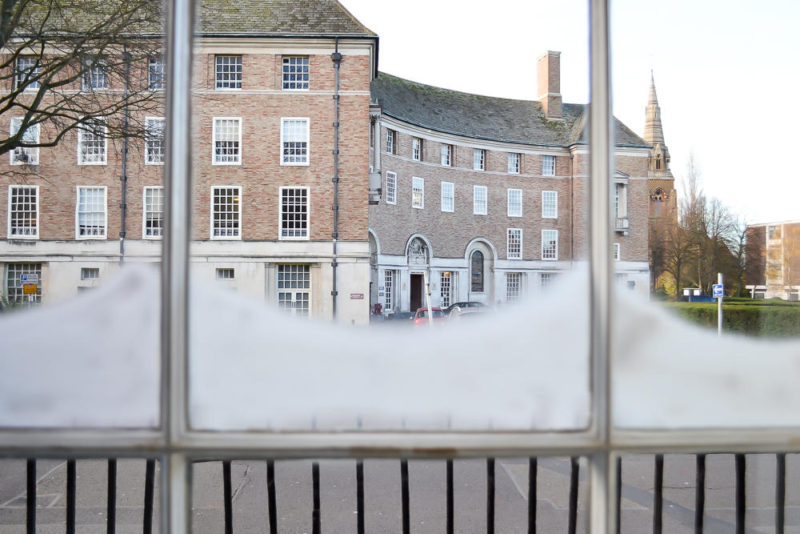 It’s a beautiful arched window, perfect for a festive display. At home we live in a flat, and don’t have anywhere to put a tree where people can see it from outside. It’s nice then to have an office window to decorate instead. 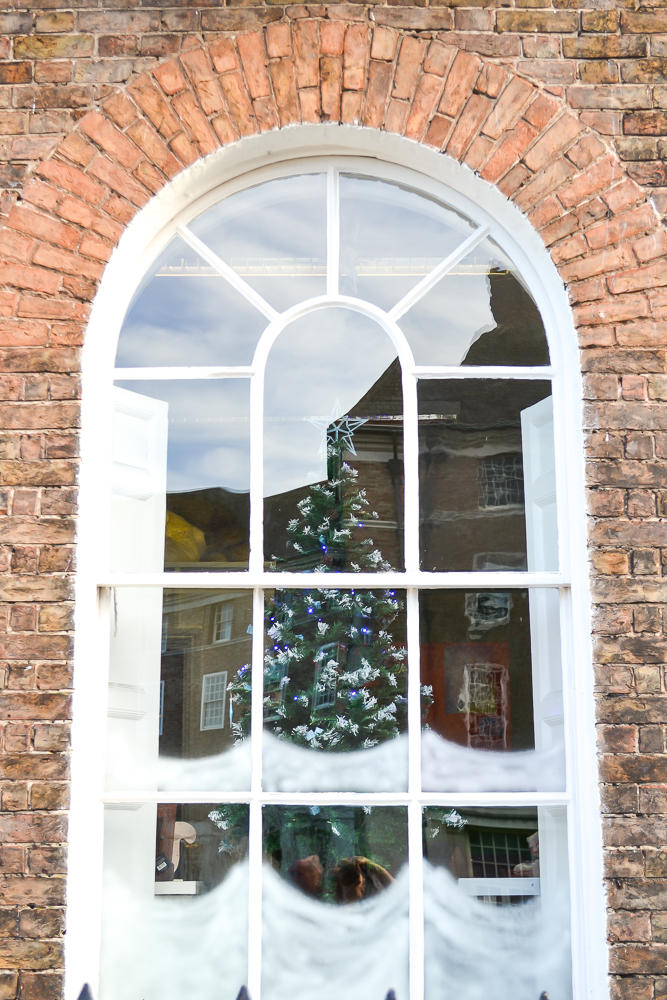 I was happy to do a supermarket sweep style swish of everything from the Poundstretcher Christmas aisle into the basket, but Paul was a bit more sensible about things (his fancy designer’s eye) and suggested a blue and silver theme. It was a great call as Poundstretcher had a lot of lovely stuff in those colours and it made the end result far more sophisticated looking than if I had just been let loose with the tinsel. 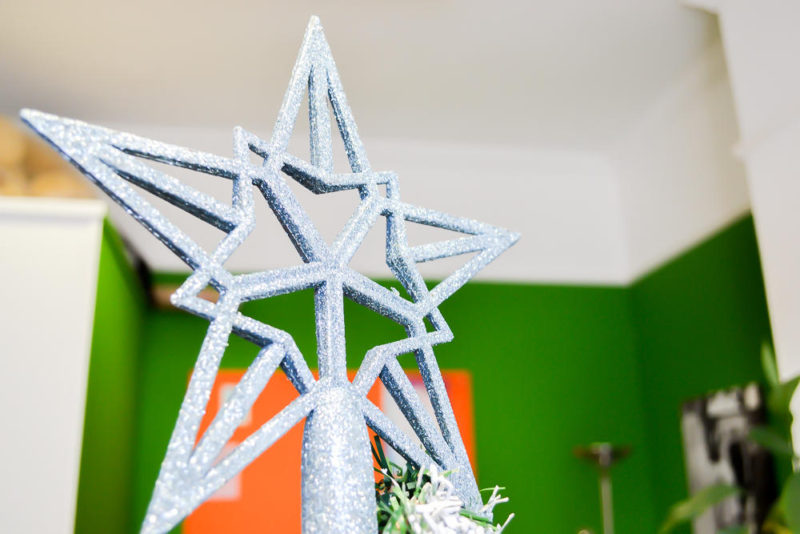 I especially liked these mini parcels. They are just polystyrene cubes, covered with glitter, but they are really easy to decorate with as they are so light – they nestle happily wherever you drop them. 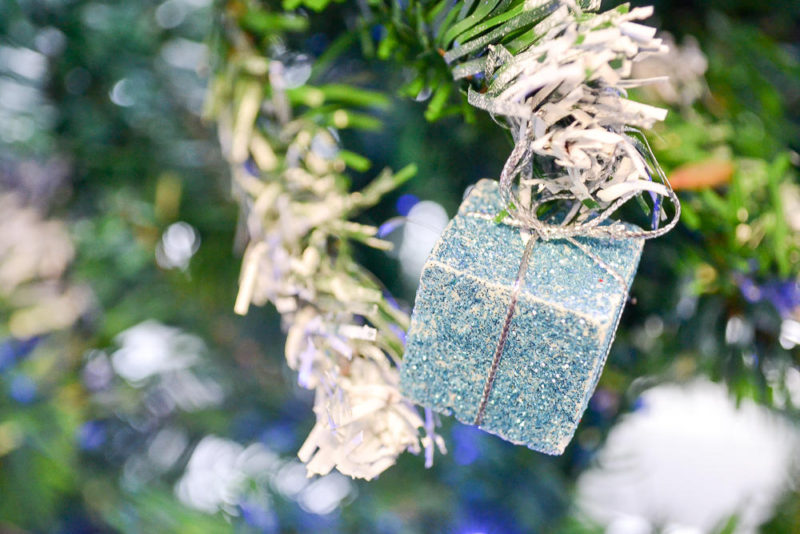 And there you have it, our finished tree! I think it’s rather lovely.

Do you fancy winning £50 to spend at Poundstretcher to create your very own winter wonderland? (Or anything else you fancy spending it on…) 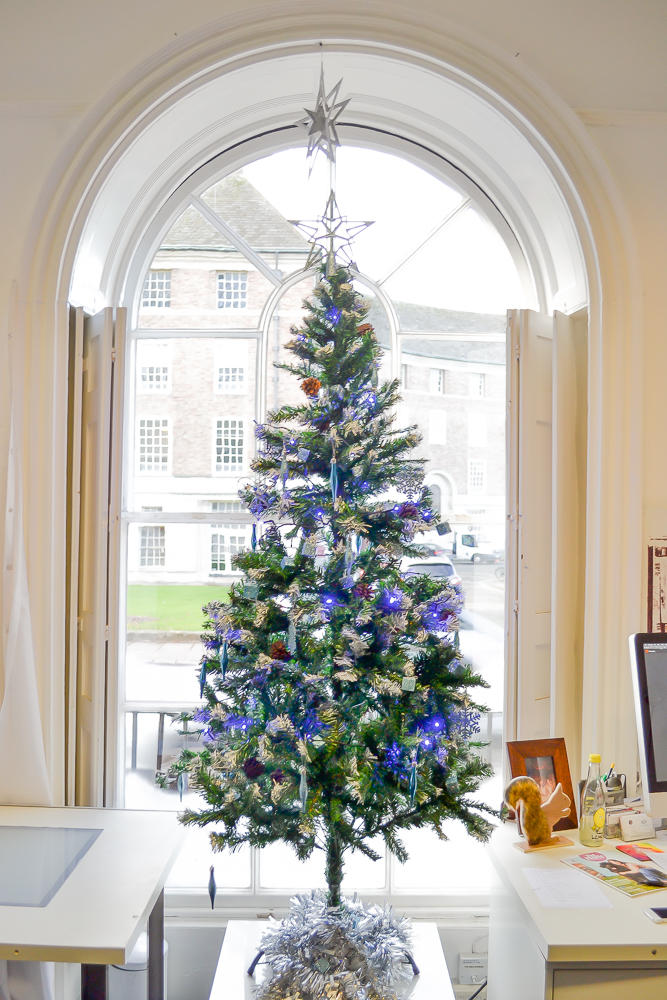 To enter to win £50 of Poundstretcher vouchers, leave a comment on this post telling me something about your Christmas tree traditions. Do you go real or artificial? Tinsel or no? Do you have a date that you always put the tree up on?

Once you’ve left ft a comment,  register it in the Rafflecopter widget below. That will officially put your name in the hat and you will open up some bonus entries. The competition will close at midnight on Sunday 9th December and is open to UK residents only. Good luck!

Post in association with Poundstretcher. All opinions my own.