Yesterday we went to Bee’s graduation.

Here we are see: 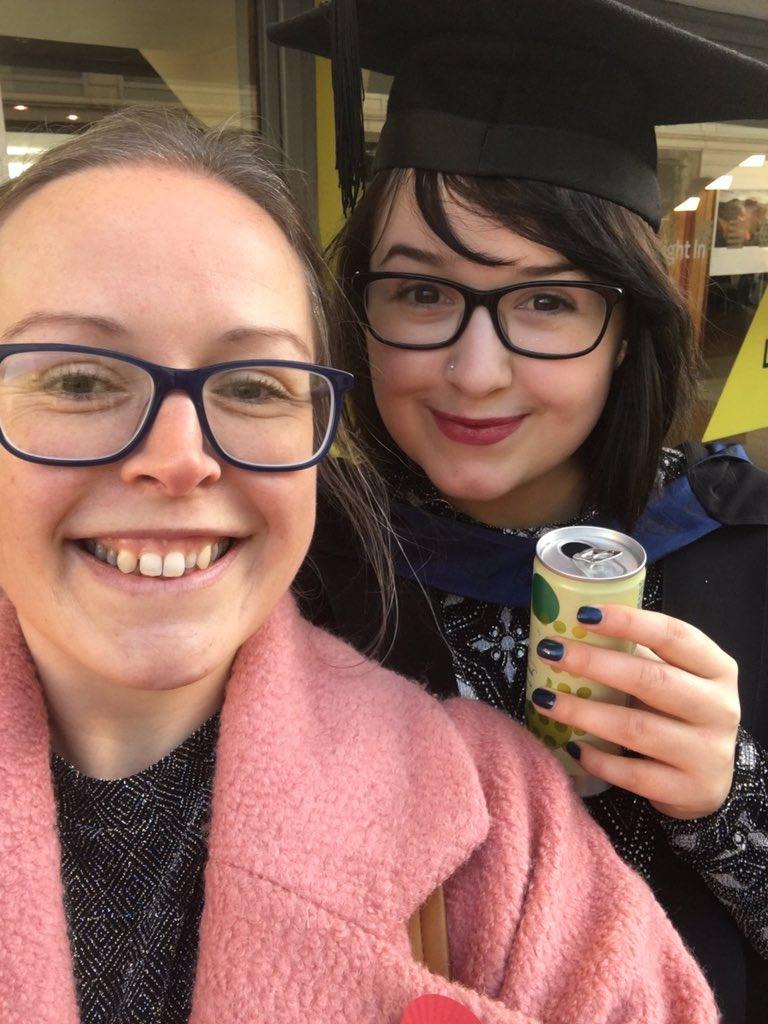 (Bee has a mini can of gin and tonic, which she made me stop and buy her on the way.)

I’m not going to lie to you, as ceremonies go, it was pretty boring. I love Bee and everything, but I wasn’t that fussed about the 469 other people who took turns to go up onto the stage and be given a fake scroll. I amused myself through Applied Sciences by sending Bee sneaky messages under the programme. Her phone was in my bag, but I thought she might like to read them afterwards.

It was worth it, as apparently they were the best bit.

Best part of graduation was the commentary. pic.twitter.com/ne4iAyGiQo

Although the ceremony was fairly dull, I wanted to write this post for two reasons. Partly, Bee has been on at me lately to write something about her.

‘What do you want me to write?’ I asked her.

‘I don’t know, anecdotes or cute stories or something.’

Also though, I wanted Bee (and everyone else) to know that even though I could probably have got by without the whole ‘and now the prize for outstanding achievement in applied baking technologies’ thing, that it doesn’t actually matter. I don’t need a ceremony to remind me how clever she is you see, or to make me feel proud, because I already am. I’ve always been proud.

And I’m proud that she was drinking a gin and tonic before 11am.