I want to talk to you today about cutlery.

There are some things in life that, for me, represent adulthood. They’re a sign that you’ve made it – that you’ve made the transition from studenty type who can’t afford anything that matches, to proper grown up who has things like mugs that are actually beautiful, rather than just a collection of random gifts and 1990s Easter egg freebies.

Cutlery is one of those things.

Both of my sets of grandparents had strong cutlery games. I could describe their cutlery sets to you now, even though they’ve been dead for years. Both kept their cutlery in sideboards next to dining tables that were actually used to eat meals at, rather than to ‘store’ important documents and style photos of pretend meals. (Like I do.)

My cutlery drawer on the other hand, has always been a shambles – mismatched knives and forks that I’ve accumulated over the years, which often double as tools when I can’t be bothered to look for a screwdriver. It’s the cutlery collection of a 22 year old.

Now I have the cutlery drawer of dreams. I have a set of Robert Welch Malvern cutlery. 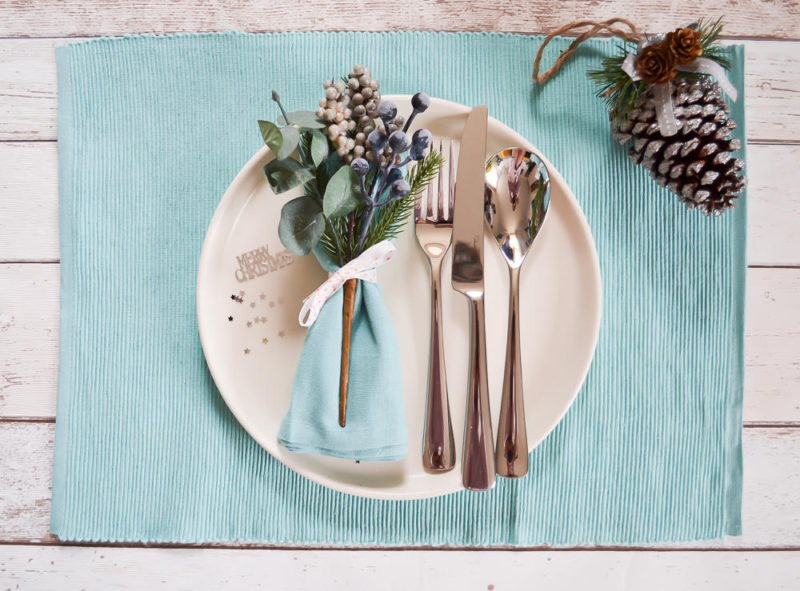 I’ve always had a massive crush on Robert Welch cutlery. When I was very sad a couple of years ago after a break-up, one of the things I did to cheer myself up was to buy myself a set of six Robert Welch sporks in John Lewis. They were £4.95 each and they felt like the most extravagant purchase I’d ever made. They were so worth it though. They make eating a joy.

And now every single meal I eat is going to be just as joyous because I have a WHOLE DAMN SET OF THE STUFF.

The Malvern set describes itself as the entry level range, but to be quite honest, it doesn’t feel entry level. It’s heavy – properly weighty – and has this shine to it that makes me want to not let Belle wash it up. (Except I will because I certainly don’t want to do it.) It’s so gloriously shiny that in some of these photos you can see the reflection of me in the spoon, taking the pictures. I was really surprised to discover it’s only £84 for a limited edition 30 piece set. It’s great value as it comes with six free steak knives. (I’ve never owned steak knives before. I will have to start eating steak now.)

As Belle was home for half-term, I decided to put her to use, and asked her to style me a couple of Christmas cutlery looks. (I like to encourage her to do actual real life things during the holidays, as well as just editing pictures of the girls from Dance Moms to put on Instagram.) I had been for a rummage around the Christmas decorations at Marks & Spencer already, and found a few lovely bits to act as table decorations.

The first look we created was the sophisticated one – pale colours, tasteful decorations – the sort of Christmassy table setting that you’d find at a nice restaurant. 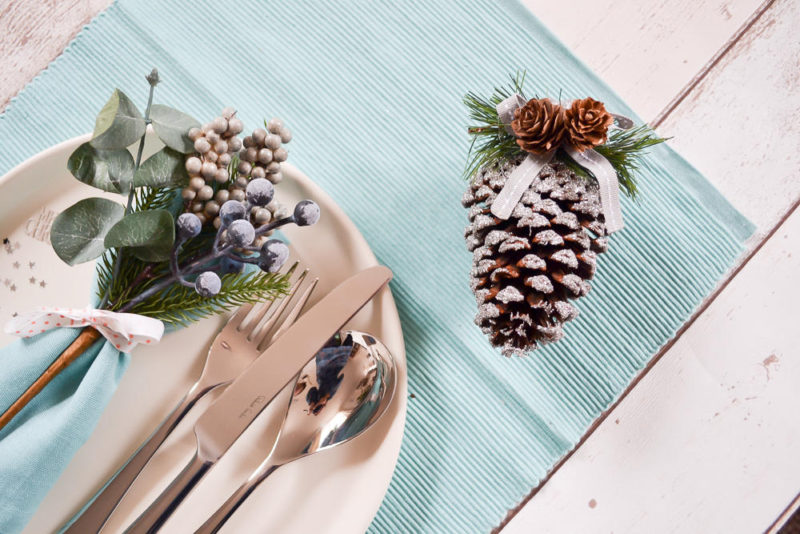 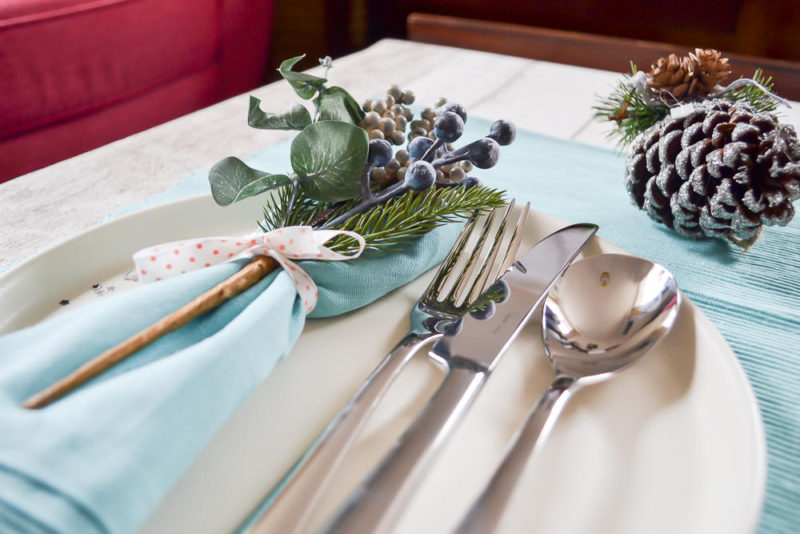 The curve of the spoons is one of my favourite things about this cutlery. I’m pretty fussy about the shape of kitchen related items – I don’t like mugs for instance that are wider at the top than at the bottom – but this Robert Welch cutlery is perfect.

The second look we created was a bit more flamboyant. There are only a few changes, but we wanted to show how easy it is to change the mood with a few tweaks. M&S do these fab letter decorations that light up, which I thought would make great place settings. Ideally you wouldn’t have two children whose names both began with a B, but hey ho. We decorated the plates with some vintage stamps, which we actually bought last year for our postal Christmas wrapping theme.

We set this one with the free steak knives so you can have a look at those too. 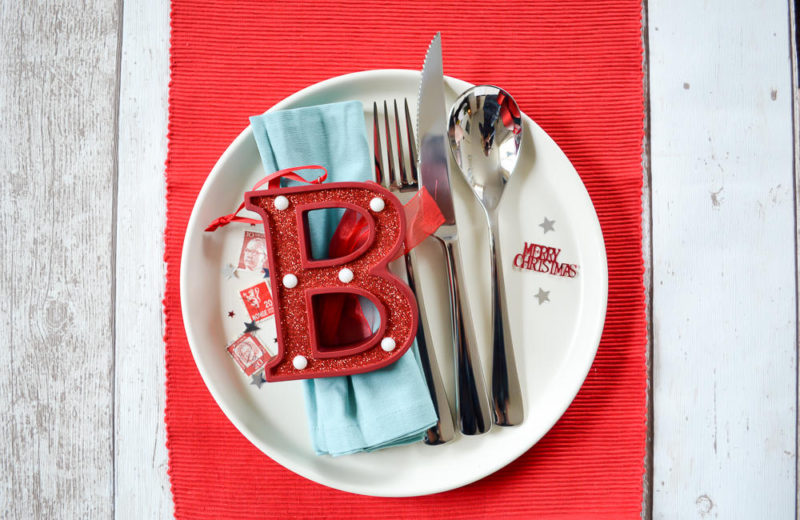 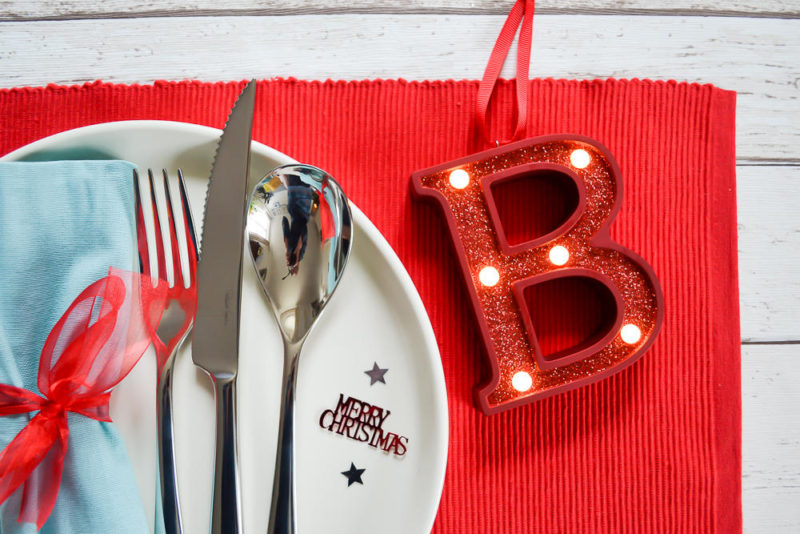 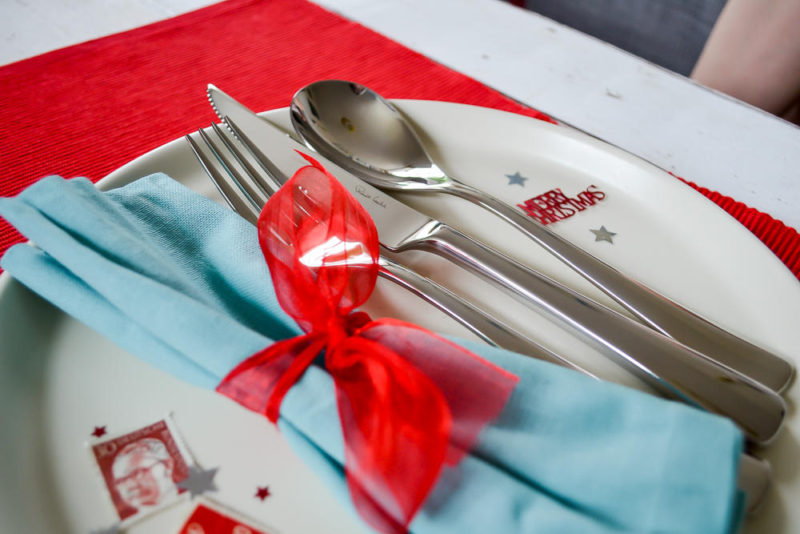 Isn’t it just beautiful? Which look would you prefer for your Christmas table?

And just so you have the technical details – the 30-piece Malvern cutlery set is dishwasher safe, comes with a 25 year guarantee and is made from the highest quality 18/10 stainless steel.

If you fancy jazzing up the Christmas dinner table this year I can totally recommend a set of Robert Welch Malvern cutlery. It would make a great addition to any home, and a really lovely present too. 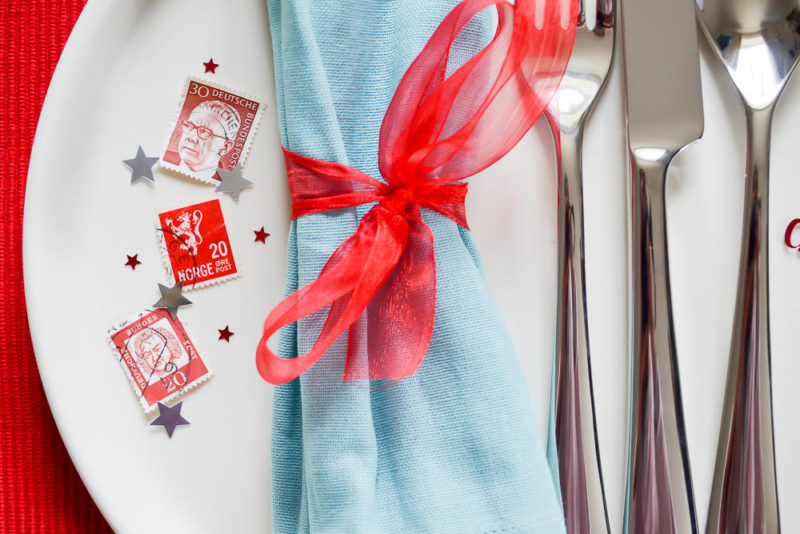 Produced in association with Robert Welch. All opinions my own – I absolutely LOVE this cutlery.