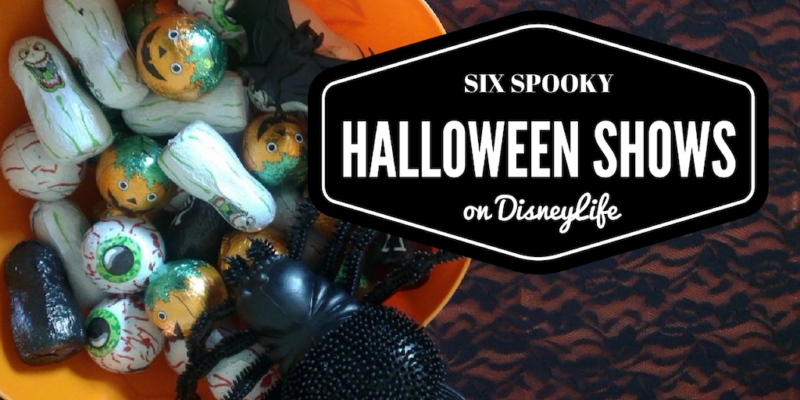 Belle, now 14, has always been massively in to Halloween. I think it’s something to do with the creativity of it. She really likes dressing up (remember last year she won that competition by dressing as a cereal killer?) and she loves doing make-up. I mean she really loves it. She has a massive make-up collection and she is the appointed make-up artist for this year’s school scary tours. (It’s a bit like a school show, but you walk around the school in small guided groups and spooky stuff happens to you. Kind of like a ghost train but you don’t get to sit down.)

She’s ace at it too.

She did my Halloween make-up last year, and every time I look at the photo I forget that I have my eyes shut. Seriously, I just typed that, so I should know, but I still looked and saw big open eyes: 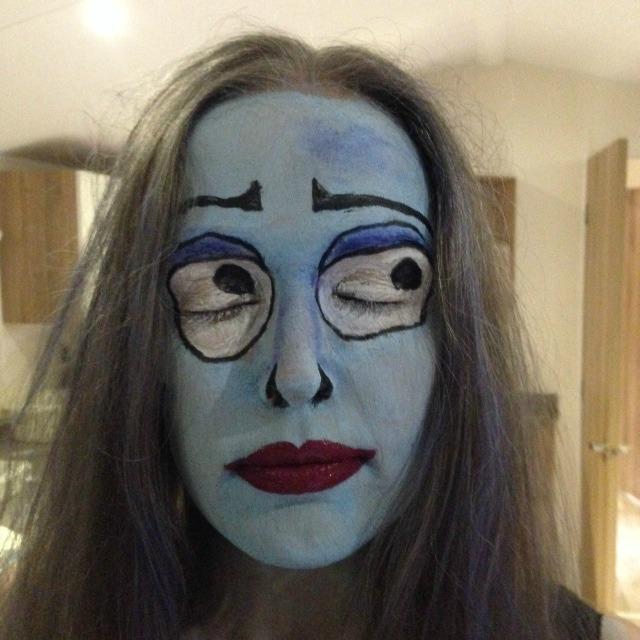 One of her other very favourite things is watching TV, and so, today, I bring you…

Six spooky Halloween things to watch on the DisneyLife app!

See how smoothly I did that?

In case you’ve forgotten, we’re DisneyLife ambassadors, and we’re excellent ones at that. We all genuinely love Disney and apps. So it’s a no-brainer. Duh! The DisneyLife app has absolutely masses of content – it’s the best of Disney all in one place, and it’s only £9.99 a month. Even better, you can try it for free, so if you want to give it a go over half-term, then just sign up now.

Where was I? Oh yes, spooky shows on DisneyLife. Presumably you’ve just gone and signed up for the free trial (such is my power and influence). Excellent. Now you’re all set to check out our top six Halloween picks. I picked out the films and Bee, who is now 21 but still a massive Disney fan, picked out a couple of Halloween-themed episodes from her favourite Disney TV shows. (The app is multi-generational you guys!)

“The Wizards of Waverly Place Halloween episode is great because they have to design a haunted house,” says Bee, “so it gets you in the Halloween mood. It’s really funny, as well as there being a couple of jumpy parts to try and scare you. If you like ghosts and trick-or-treating, then definitely watch this episode for tips on how to get enough sweets to last you a whole year!”

A classic Disney Halloween film if ever there was one. Belle has never seen this so it will definitely be on our half-term playlist. It stars the likes of Bette Midler and Sarah-Jessica Parker. It has to be said, the make-up and wardrobe is slightly less subtle than in Sex and the City. 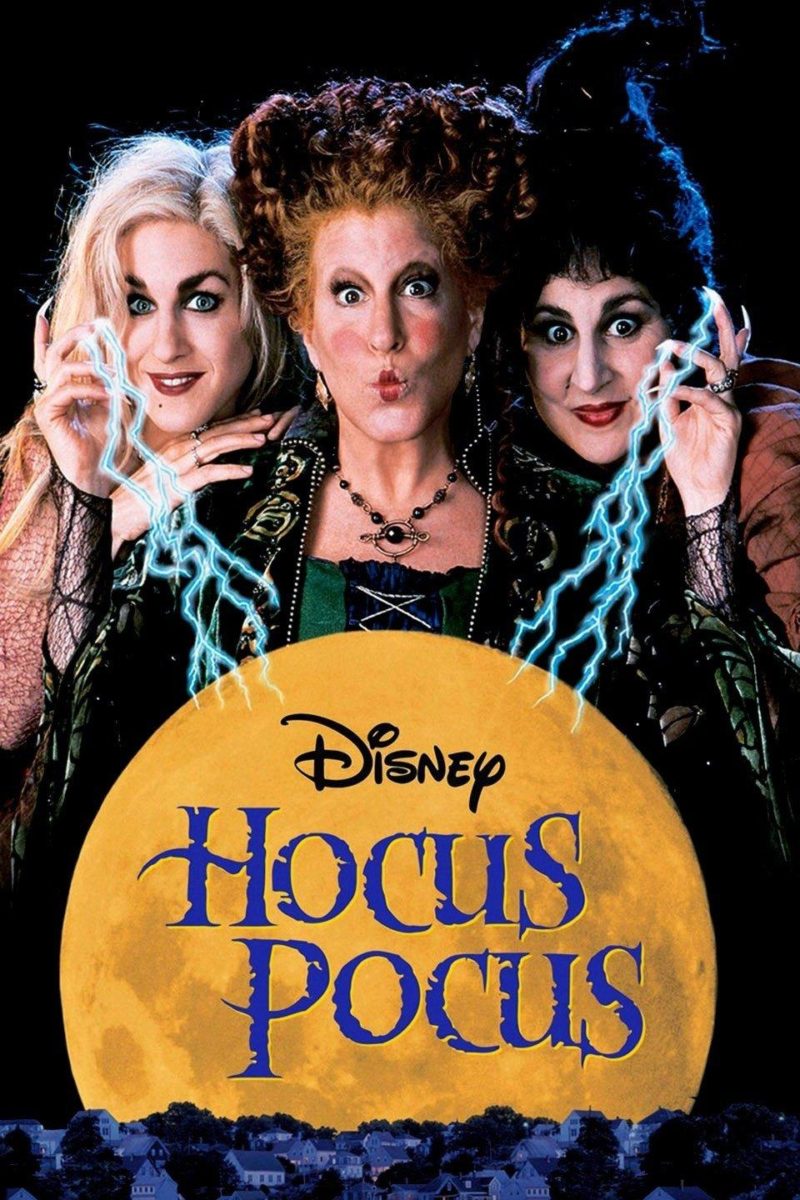 Toy Story has to be one of my favourite ever film series. I went to see Toy Story 3 three times at the cinema and I cried every single time. The characters feel like they are an actual part of my life. Honestly. I don’t know what it is about Toy Story, but there is a real connection there.

Toy Story of Terror is a short film, exclusive to DisneyLife. I’d tell you what happens, but you already signed up remember? So you can watch it and see for yourself.

Nobody does creepy quite like Tim Burton. Expect some classic Tim Burton animation in this spooky tale about a boy who brings his dog back to life. Hilarity ensues, as I’m sure you can imagine.

Also on the DisneyLife app you’ll find a short behind the scenes film about the making of Frankenweenie.

“In the Jonas Halloween episode,” says Bee, “as well as loads of cheesy Halloween jokes and funny moments, the handheld camera shots make it really spooky and the plot twist at the end is totally worth watching the whole episode for. This episode is one of the best in the series and even though it’s quite light-hearted, there are a few jumpy moments, so it’s perfect to watch on Halloween night.”

Mom’s Got A Date With A Vampire

I’ve been on my fair share of bad dates. Like that guy who twiddled the hair on his mole – remember him? He would make a pretty good Halloween short film. As far as I know, though, I’ve never been on a date with an actual vampire. Mom’s Got a Date With a Vampire is a film about two kids, desperate to get their mum out of the house, but it turns out they’re not the only one dying to get her on a date…

Definitely worth a half-term watch.

What are your family’s favourite Halloween TV shows or films? 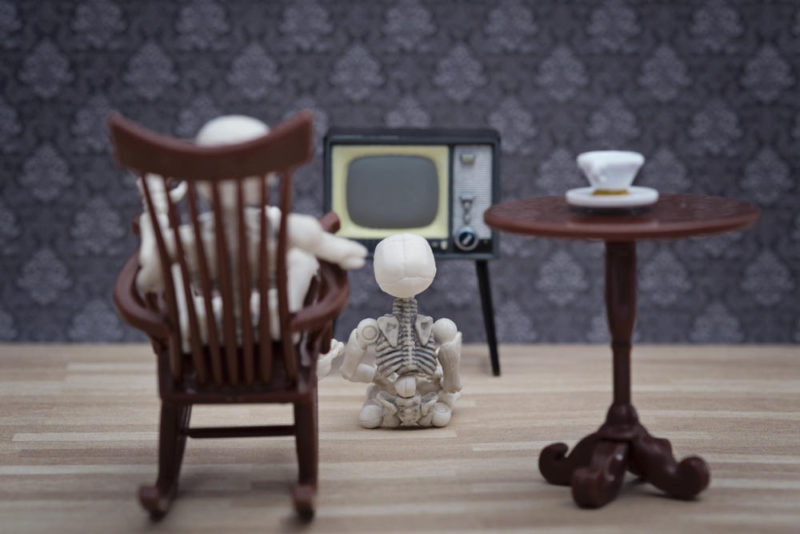 Skeleton image –Burhan Bunardi Xie/shutterstock. I am a DisneyLife Brand Ambassador and this post was created in partnership with DisneyLife who have provided me with a free 12 month DisneyLife membership.