I came downstairs on Monday morning, while Belle was getting dressed for school, to the usual collection of breakfast debris. For some reason, she seems to be under the impression that she lives in a cafe, and so every morning is a dilemma – do I ask her to tidy up after herself, and face her teenage wrath, or just do it myself and live in peace?

On Monday morning though, I didn’t come down to the usual sticky peanut butter knife or empty cereal bowl. On Monday I came downstairs to find an empty packet of bacon and tomato ketchup flavour crisps on the sofa. 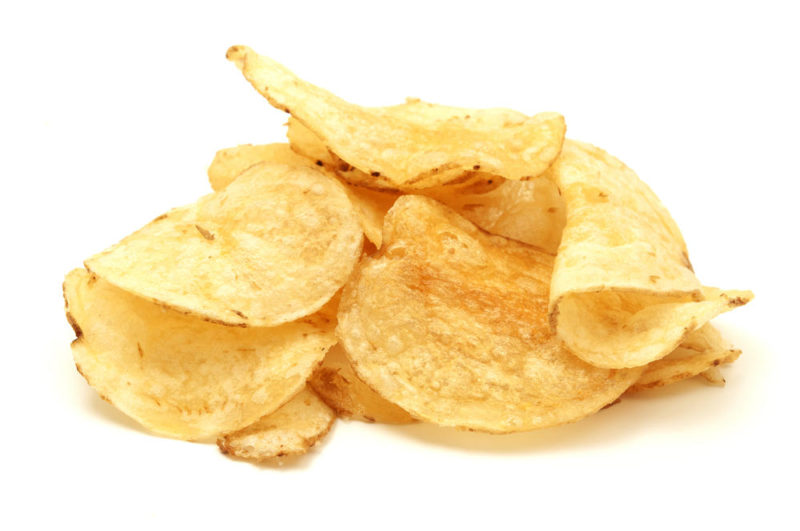 I was feeling brave, so I decided to confront her.

“You know it’s not okay to eat crisps for breakfast don’t you?” I said, ducking down behind the table. (Metaphorically.)

“But they were bacon flavour,” she said.

“So it counts as breakfast,” she clarified.

Now the issue I have is that I’m actually quite fond of Belle, and don’t want her to get rickets or any other weird vitamin deficiency, but once a child gets to 14, how exactly are you meant to make them do things? This applies generally to be honest, but with food in particular, how are you actually, physically, meant to get them to eat sensible things?! I’d hoped that as she got older, she’d grow out of her fussy eating habits, and be happy to at least be in the same room as a courgette, but if anything it’s getting worse. She used to tolerate peas for instance, but even they have seemed to have slipped on to her ‘don’t make me eat that or I’ll gag’ list.

So how do you do it?

I provide her with a range of tasty options and I encourage her to try new things. I don’t especially want to never have treats in the house, (I like treats), but even if I did resort to that, at 14 she is quite capable of just stopping at the shop on her way home and buying her own crisps. Where has my authority gone?

(More to the point, was it ever there in the first place?)

I just want to be a good parent, or at least the sort that you don’t feel the need to report to anyone, but apart from holding Belle down and stuffing her cheeks with kale, how do I make her eat good things?